…E BUONANOTTE AI SUONATORI 7th EDITION
From the book to the stage, a music festival dedicated to the history of Italian auteur music. 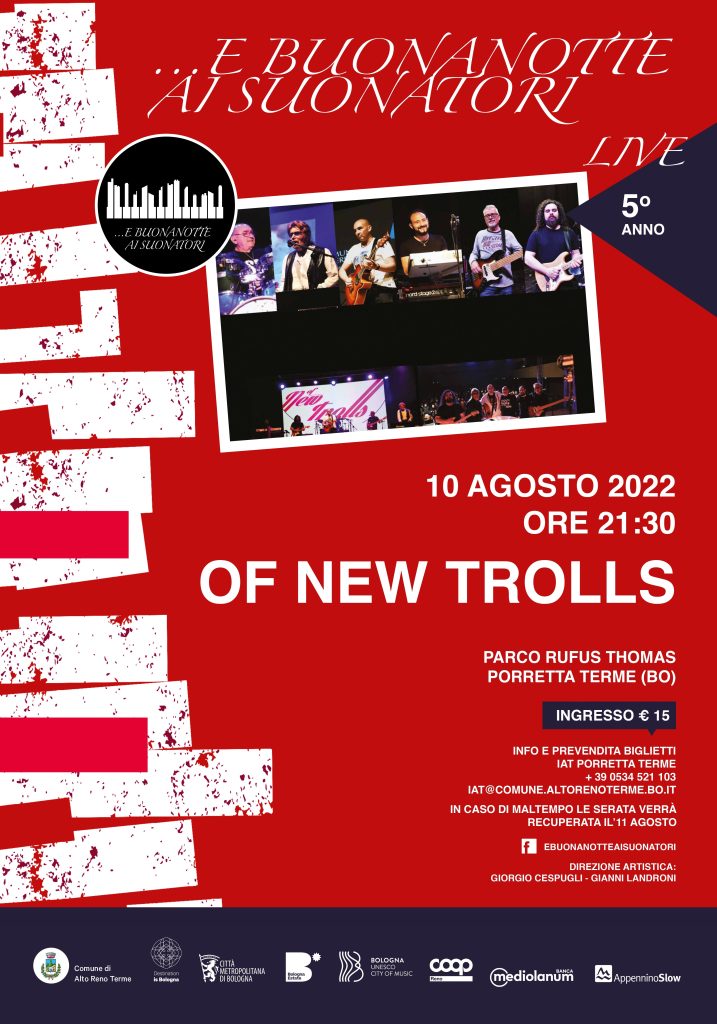 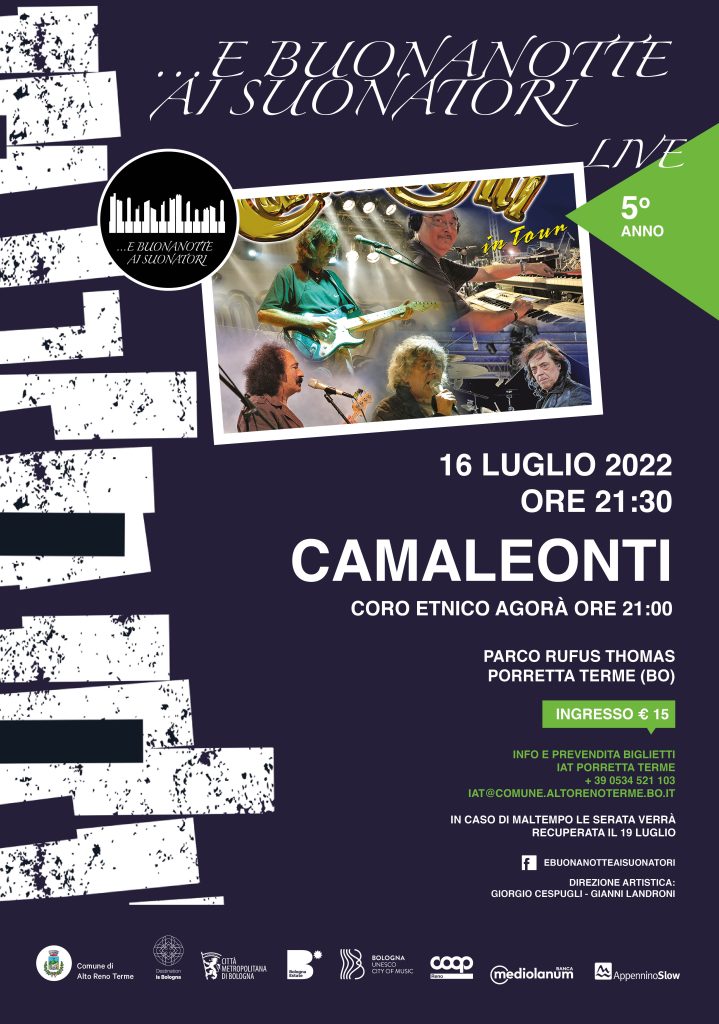 7th EDITION – Artistic direction Giorgio Cespugli and Gianni Landroni. From the book to the stage, one review dedicated to the history of Italian author music. Riding on the success achieved in 2021, once again this year the two evenings will be animated by the music of famous artists of breath national. On 07/16 The Chameleons and 08/10 Of New Trolls.

E Buonanotte ai Suonatori is a musical event promoted by a group of musician / music lovers friends (who also assumed the role of Artistic Direction) formed by Guglielmo Bernardi, Giorgio Cespugli, Marco Coppi and Gianni Landroni, and which saw its construction for the first time in the summer of 2017, thanks to the collaboration with the Municipal Administration of Porretta Terme and UNPLI.

The inspiration came from a book, with the same title, written by Giorgio Cespugli in 2013, which traces the musical history of Porretta from the immediate postwar period to the present day. From there the idea of ​​proposing a live event with the intent of highlighting the artistic (and musical in particular) excellence, belonging to this territory and, at the same time, looking beyond our borders by inviting guests of important stature , thus expanding and enriching the cultural, artistic and spectacular contents of the representation.

This is how, already from the first edition, to important names of the local art scene, we have joined important guests such as Bobby Solo and Roberto Gatto (summer 2017), Stefano Nosei (Christmas edition 2017), Shel Shapiro and the ROS (second summer edition 2018), Marco Coppi and Gianni Landroni in concert with string quartet (Christmas edition 2018), Soft Machine, Caravan and Martin Barre Band in last year’s summer edition, which turned its attention to the international panorama of “progressive music” ”, Carrying out a sort of twinning well summarized by the title of the event:“ And goodnight to the players-Porretta Prog ”. For the year 2021, the project is to continue the effective collaboration with the Municipal Administration in order to re-propose, faithful to the initial inspiring motif, an event whose gaze is aimed both at local protagonists and at guests of national and international stature. .