The hills around the Corno alle Scale Natural Parks are the ones where the Mountain Justice and Freedom Brigades of Commandant Toni Giuriolo, Captain Pietro Pandiani and Matteotti operated. Their stories and the story of Resistance and War in those valleys are described in Pier Giorgio Ardeni’s One Hundred Youngsters and a Captain.(Pendragon, 2016,)

The treks starting from Segavecchia Mountain Hut, such as the one that goes to the Donna Morta Hut or the one leading to the Sboccata dei Bagnadori, were therefore the ones that they traveled during the long months of the war, between 1944 and 45. 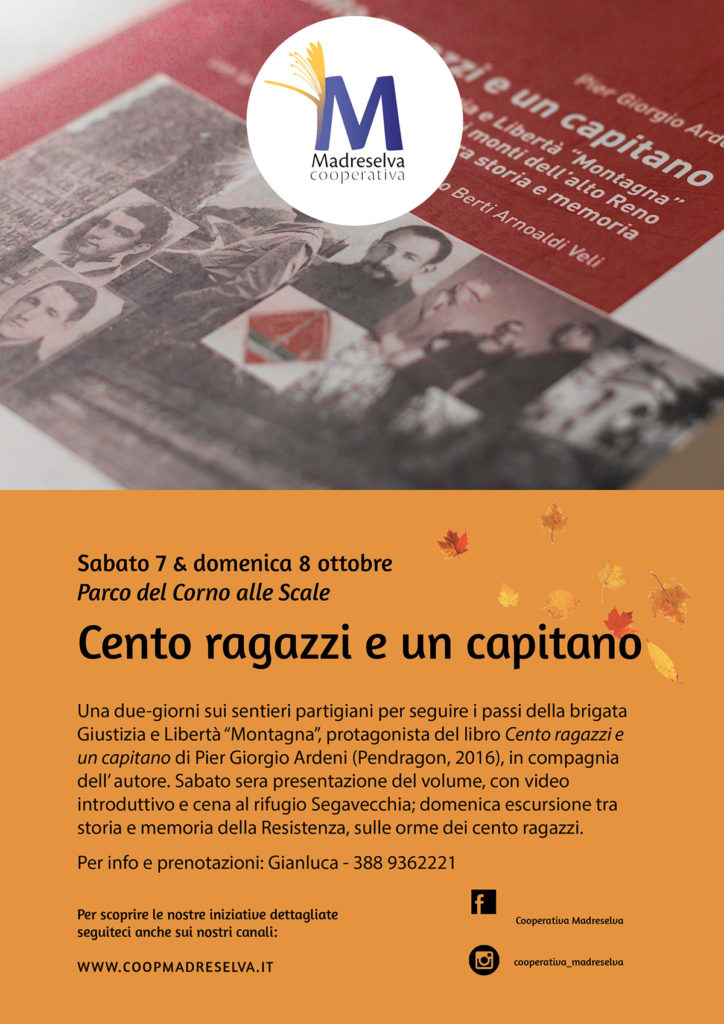