An intimate portrait of Porretta’s Soul Music Festival legends. This beautifully shot documentary features rare and recent interviews and performances of soul music protagonists. Every year, in the last 30 years, some of the greatest “legends” of Soul and R&B have performed at Porretta Soul in Italy — the most prestigious festival in Europe for this music. A Soul Journey is a film narrating some aspects of the intricate and delicate lives of these artists, and in particular, the artistic, human and emotional journeys to perform in such a small village “lost” in the Italian mountains. We look at the human aspects, the contrasts and paradoxes of these two very apart worlds. On one side, “stars” who have performed thousand times in each corner of the world, and on the other, a settlement in the Italian Apennine Mountains, between Bologna and Firenze, probably geographically renowned for its natural spas, which gets a “second life” every summer as Soul and R&B fanatics descends from various parts in Europe and Italy to witness a musical miracle, again. 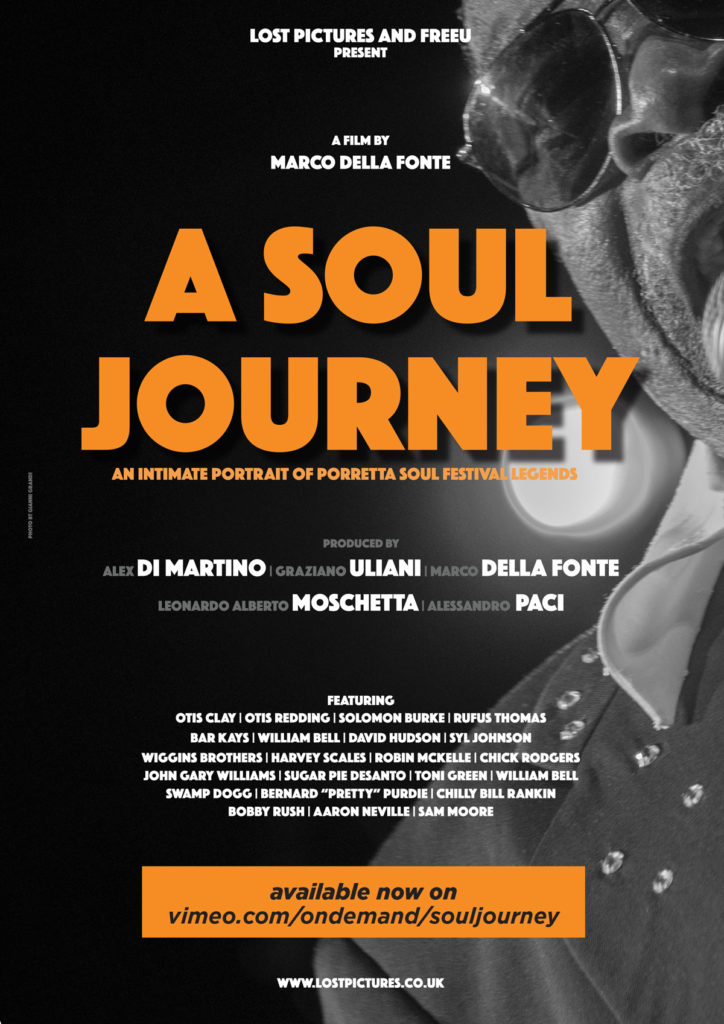