GUIDED TOUR AT THE HISTORIC MOTORBIKES MUSEUM
IN PORRETTA TERME

#MotorValley …discover the land where speed was born!
Thanks to the competition motorcycles produced by the local DEMM, Porretta Terme dominated the uphill racing scene in the 1950s and 1960s.

It will be possible to visit the musem, every day untill July 29th. 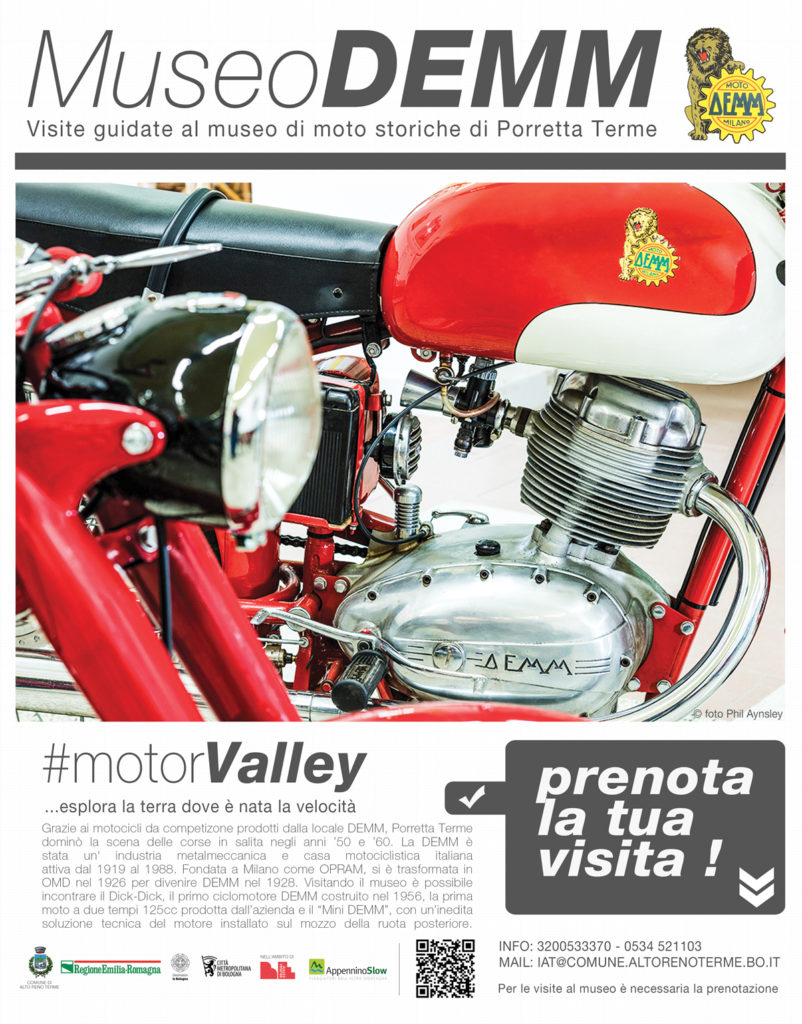 DEMM was an Italian metal and motorcycle industry from 1919 to 1988. Founded in Milan as OPRAM, it became OMD in 1926 to become DEMM in 1928. The visit is facilitated by the detailed technical sheet which includes all the motorbikes and mopeds divided into two halls and chronologically lined up. It is possible to see the Dick-Dick, the first DEMM moped built in 1956, as well as the first 125cc two-stroke motorcycle or the “Mini DEMM”: a peculiar prototype with the engine installed on the rear wheel hub. A room is dedicated to the modern history of DEMM, where, in addition to the technigraph used by Giuliano Mazzini to realize his projects, the results of his work such as the horizontal cylinder engine which equipped the Smily, the Ping- Pong, the Brio and the Quick 2, are neatly arranged. The museum boasts a complete collection of precision and measurement instruments, made by DEMM in the first half of the 40s, and some valuable collectibles among which a unique example of “Motrice Pia” the very first model of a petrol engine in the world.