A TRIP ON TRAIN TOWARDS PRACCHIA TO DISCOVER THE HISTORY OF THE PORRETTANA RAILWAY.

The appointment for NATURART readers is for Saturday 29 July at 2 pm at Pistoia train station, to get on the train and reach Pracchia, where the 26th issue of the magazine will be presented. Children will be special guests, with a teaching lab especially dedicated to them.

NATURART’s 26th release is approaching, Giorgio Tesi Publishing’s quarterly magazine, which, with this issue in collaboration with the TRANSAPP Association, brings its loving readers to the breeze of the Pistoia Mountains.

The new issue will be presented on Saturday 29 July at 3:30 pm in Pracchia, opposite the former F.A.P. station, for those who wish to reach Pracchia by train, the appointment is at Pistoia train station at 14.00 pm. Departure is scheduled at 18.45.

Location choice is not random. The former station has been one of the sites of greatest interest as FAI’s heartland and closely linked to the theme of “FOCUS on Pistoia Capital”, which on this issue deepens the “Porrettana” as an excellence to re-qualify and Valorize for its history, and its tourist and social potential. The presentation event was organized in collaboration with the association “TRANSAPP”, which is made up of 26 organizations of the Apennines territories, both Tuscan and Emilian, involved in a somewhat ambitious project aimed at “slow” tourism around the railway according to President Giancarlo Capecchi. 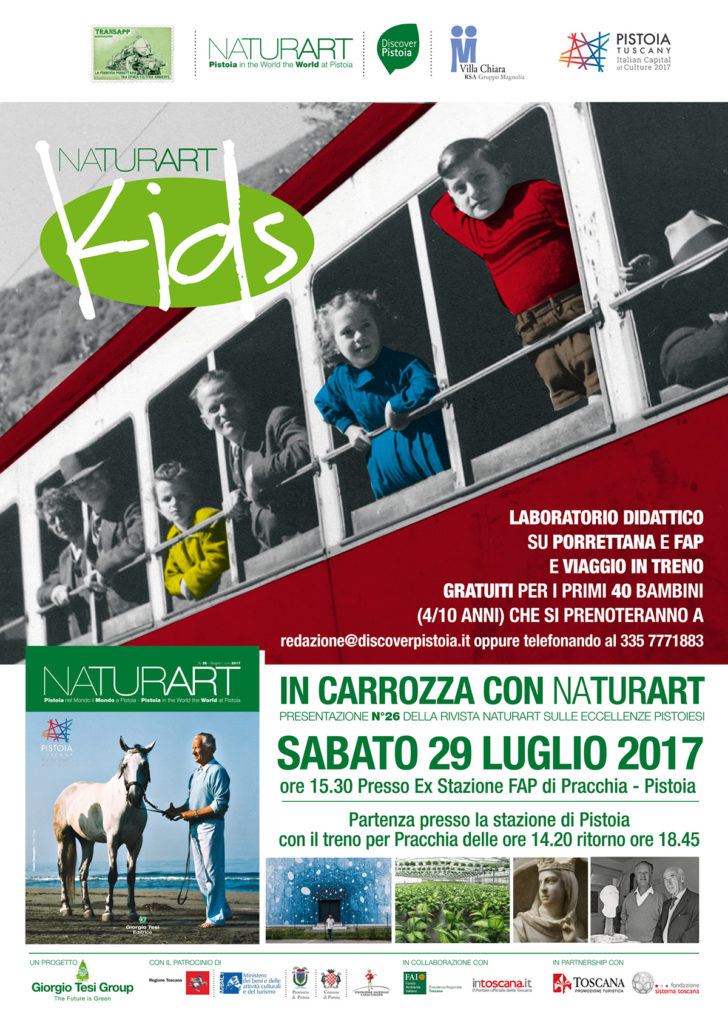