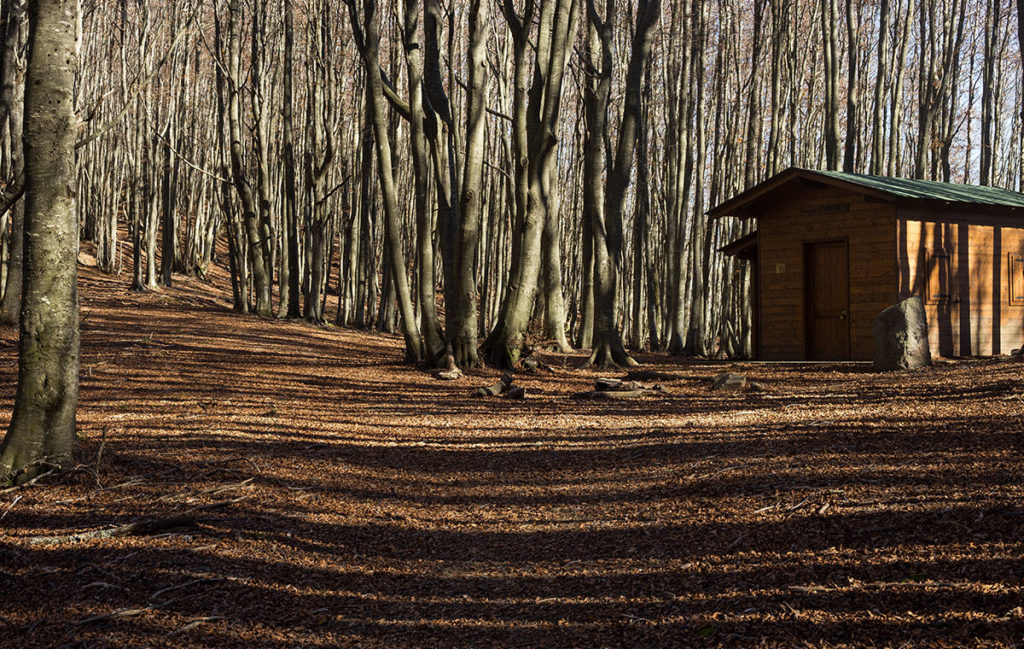 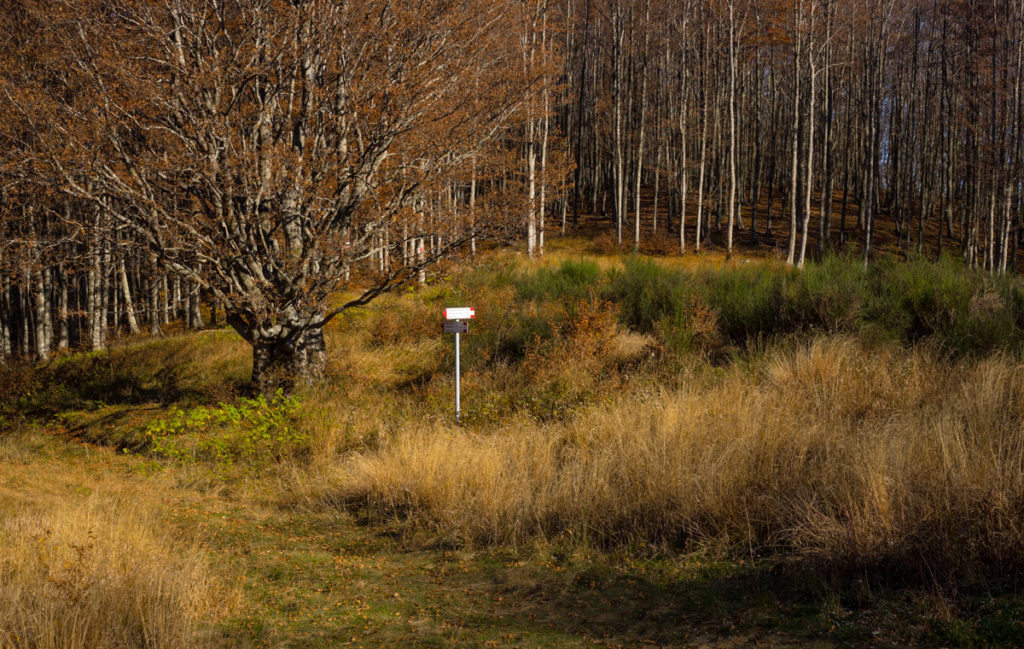 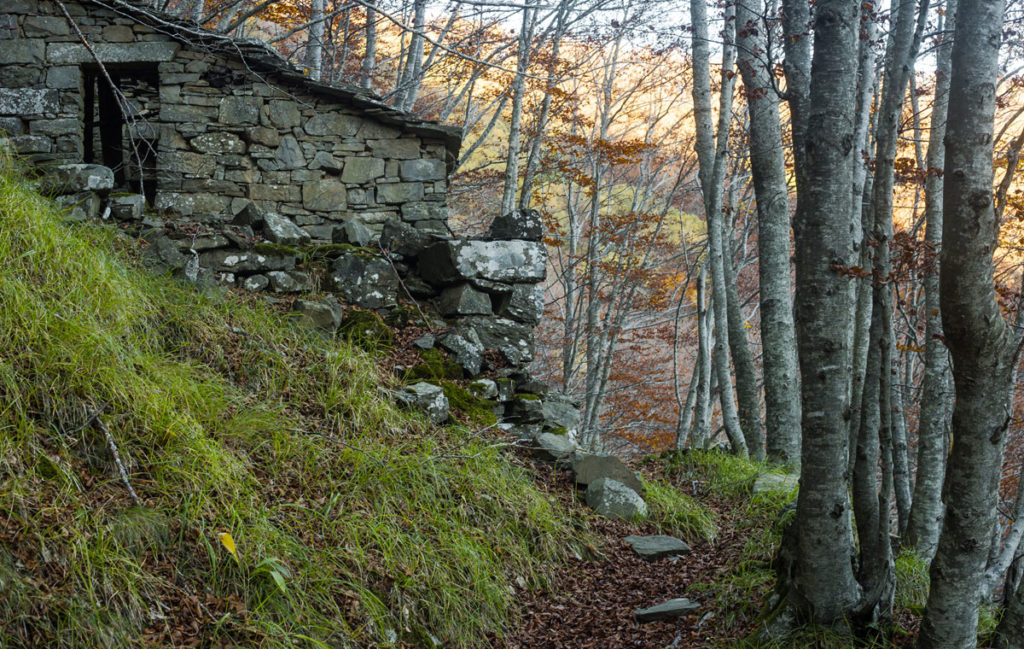 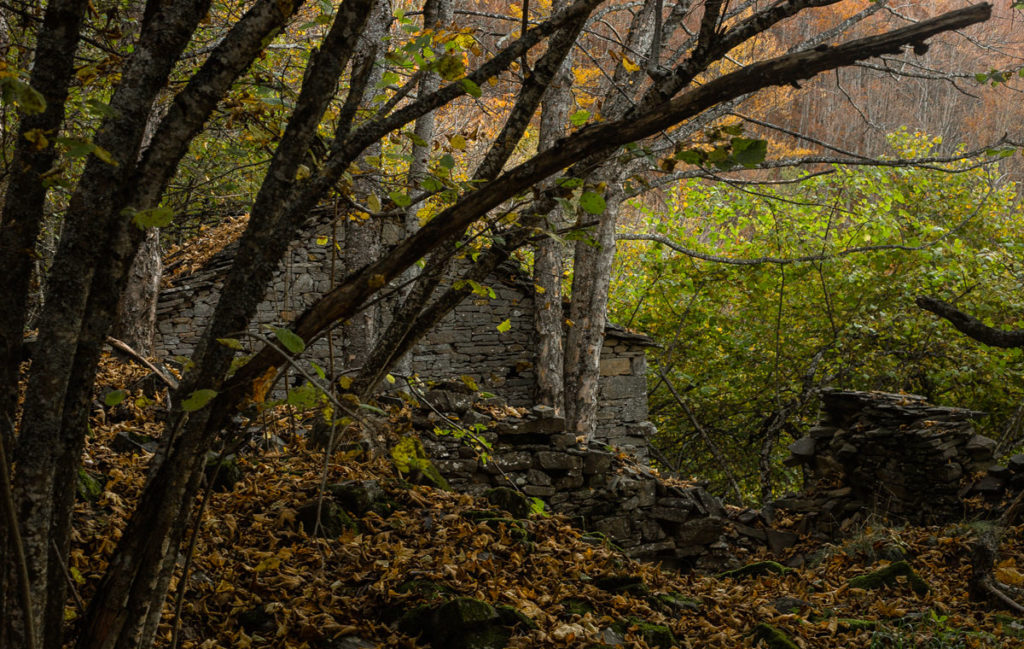 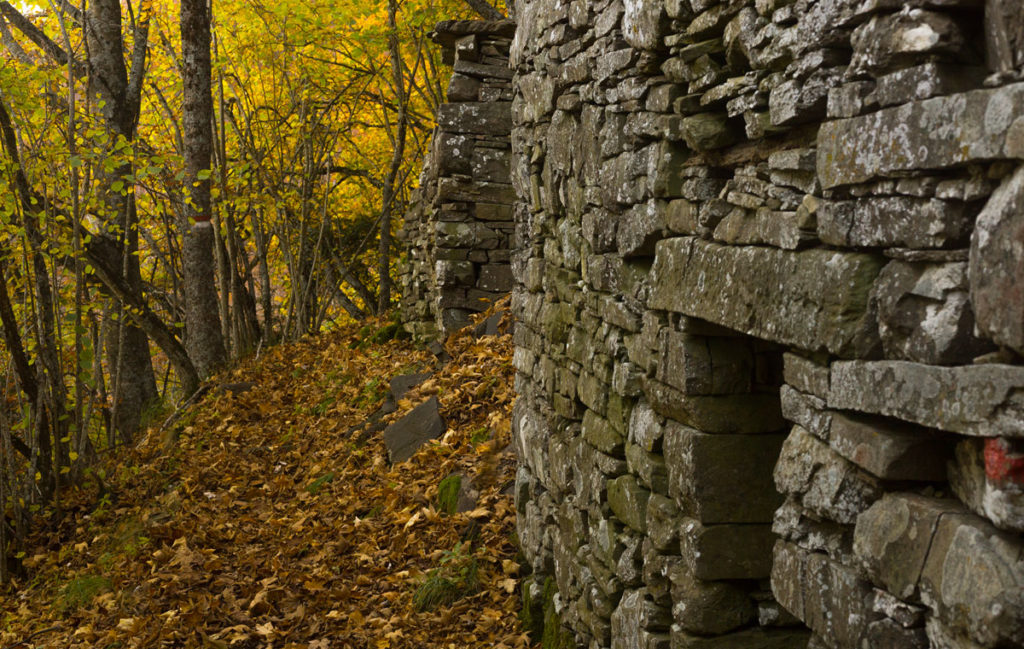 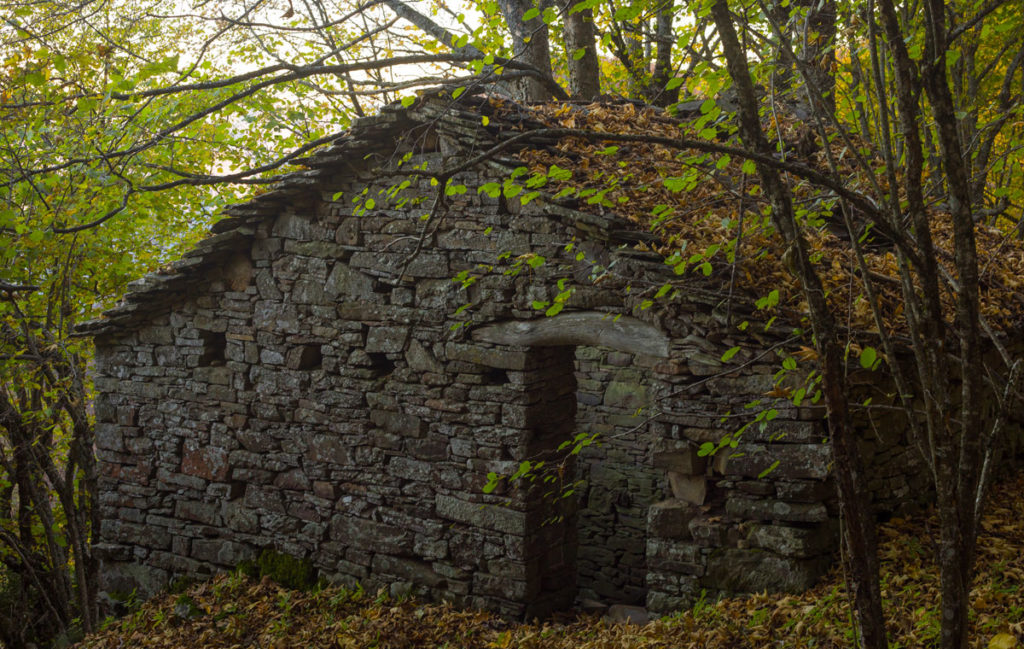 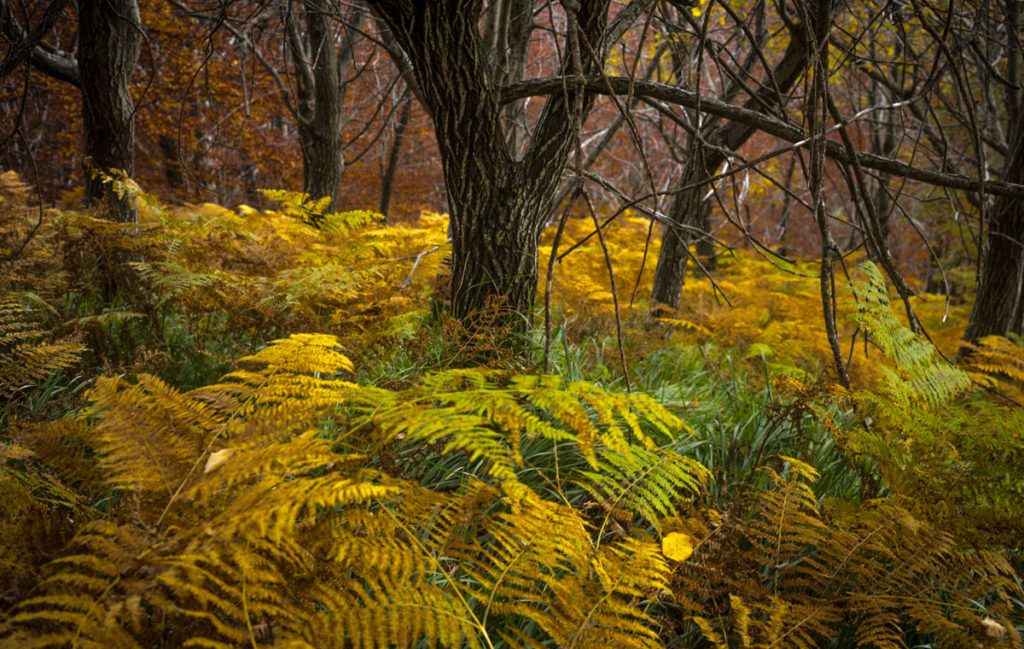 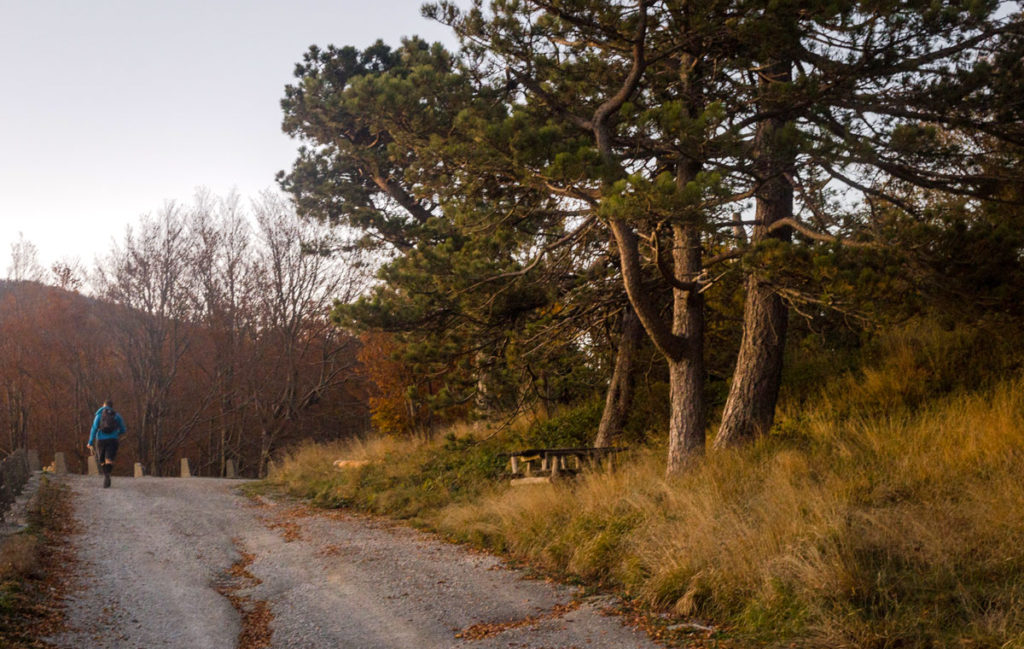 There are places that instantly catch the hiker due to their extraordinary beauty of pastures and peaks. The Corno alle Scale, for example is a must-see for tourists in our mountains, as well as lakes or high passes that are easily reachable from the ski resorts. The landscapes up there are lovely and the view got lost in the clouds.

However, there are other places more hidden and less known to the occasional tourist, which have a very special charm. These paths climb for the wooded backbones to the underlying sections in the narrow Apennine valleys. Sometimes hidden hiking trails, sometimes simply more lonely, little used to the adventurous passage that haunt the highest peaks.
Except for some lookouts, in these forests there are no postcard views. In addition to their beauty, these valleys retain another type of landscape to look for in the dense forest. In these heights there are many signs of the ancient life here. All the elements you can encounter tell us every aspect of an old everyday life.

The following path is a good example of this kind of places. We will leave from the Passo Tre Croci, more precisely from the hut of Monte Cavallo, where we will leave the car, and we will go for C.A.I. 103.

The Three Croci Pass is called so by three curious wooden crosses on the top. The legend of this place dates back to the beginning of the eighteenth century. It seems that three women from Case Trogoni walked to Porretta Terme passing through the Castelluccio road. Though it was June, arriving in those presses they were surprised by a snowstorm. The three women died, and three crosses were erected in their memory. In order to avoid a similar tragedy, the first hut for hikers was built, which will then become the haven of Monte Cavallo: the Bivacco del Pellegrino (pilgrim’s bivouac).

Shortly after the refuge, we leave the 103 and continue on C.A.I. 101, directed to Pian dello Stellaio (Clearing of the Stars). Five trails meet in this clearing embraced by the forest. The charming name is lost in time, but what is certain is that it was once an important crossroads to reach Porta Franca, the gateway to Tuscany. We like to think at the evenings of some shepherds who find relief in the starry weather that this glade can give in the good nights.

These woods immersed in the wildest and most silent vegetation, give occasionally some surprise. Just before Pian dello Stellaio, we come across Casetta Ruffo (Ruffo’s hut), a curious, well-built wood hut not marked on the maps.

Continuing on path C.A.I. 145 you reach Casa Pacchioni. It is a small ancient village that rises to 1,050 m asl, the highest in the valley, and seems to be the oldest human settlement in the whole valley. Many decades ago it was inhabited by 20 families, but now it seems totally uninhabited.

From here, the path that leads to Monte Cavallo – we are on C.A.I. 141 – does not seem to be crossed by a living soul, yet it is magnificent. We are in the Macchia Buia (Dark Spot), a particularly thick and dark wooded area. The immense beech trees occasionally give way to the fir trees, while the vegetation of the undergrowth covers the path.

The are so many Casoni on the route, and they are well preserved despite the years. Their fascination of ruins in the midst of a forest so silent and alive allows us to imagine the hard work of the mountain people here, spreaded in these small corners of these woods. We go to Pordana and continue until the end of 141, ending on the paved road leading to Monte Cavallo hut.

The arrival at sunset seems to us a proper epilogue.

Like most hiking treks in Granaglione it is advisable to wear boots, long pants and wind jackets.

Stay safe with the GeoResQ app: this GPS based tracking service is run by the National Alpine and Speleological Rescue Organisation (CNSAS) and recommended  by the Italian Alpine Club (CAI).