AN HISTORICAL ENOGASTRONOMIC JOURNEY AMONG THE EXCELLENCE OF ONE OF THE MOST ANCIENT ROAD OF ITALY.

The first edition of an event that named after the road on which it runs, one of the few statal roads left in the province of Bologna: a historic artery linking three provinces and which, until the birth of the Autostrada del Sole, was the main director in unifing the Northern and Southern sides of Italy.

Only vehicles built before 1972 will be admitted. 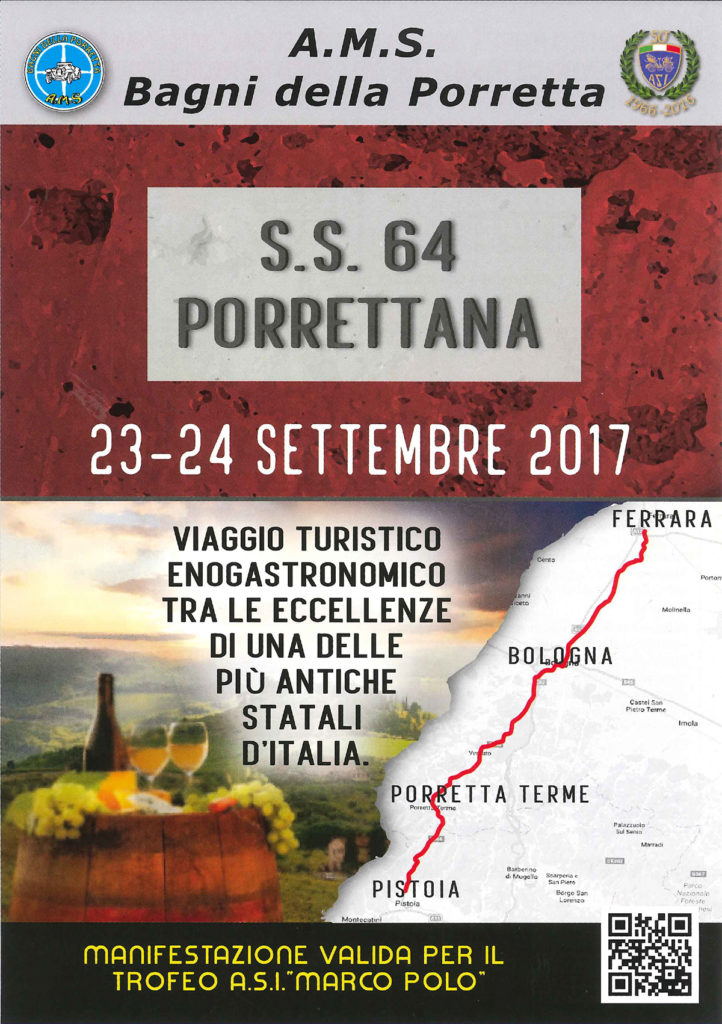 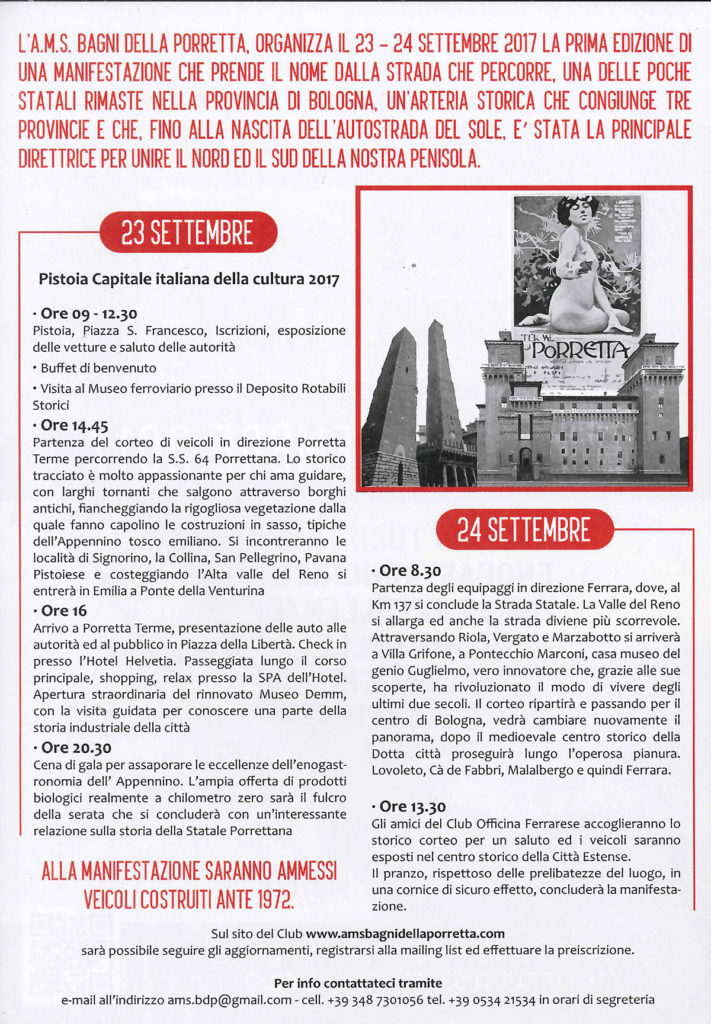