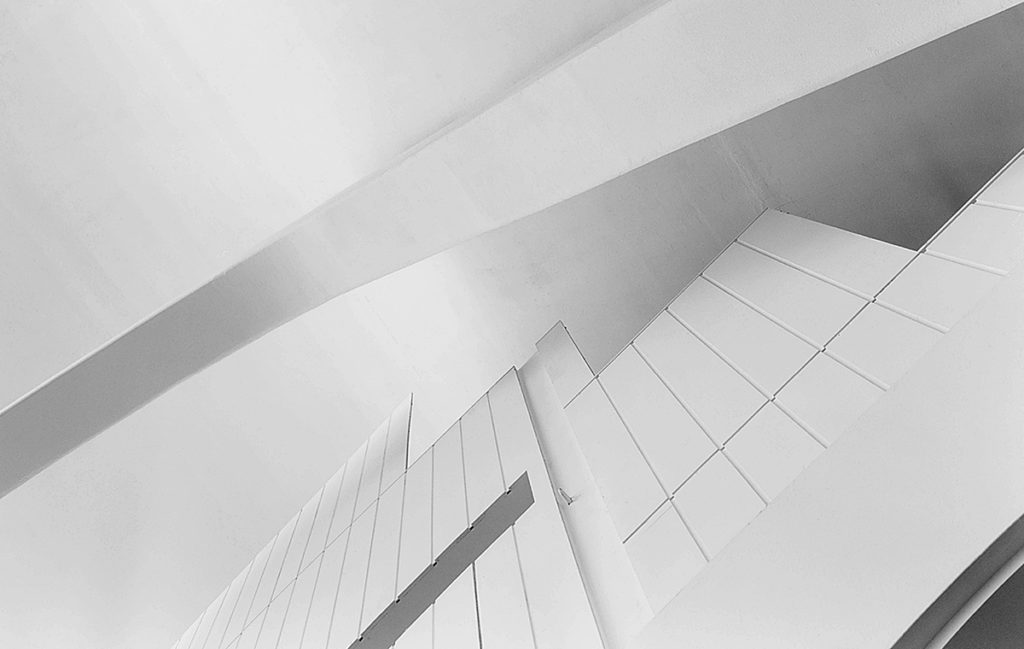 ALVAR AALTO, A MAJOR ARCHITECT OF THE 20th CENTURY, HAS DESIGNED THE PARISH COMPLEX OF SANTA MARIA ASSUNTA IN RIOLA DI VERGATO, BOLOGNA. 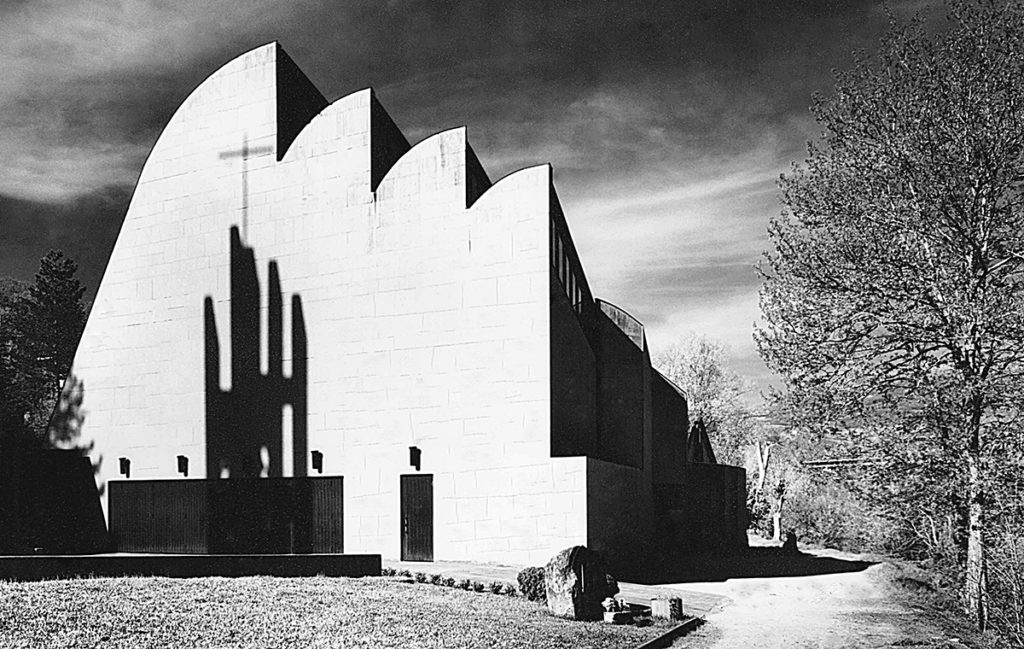 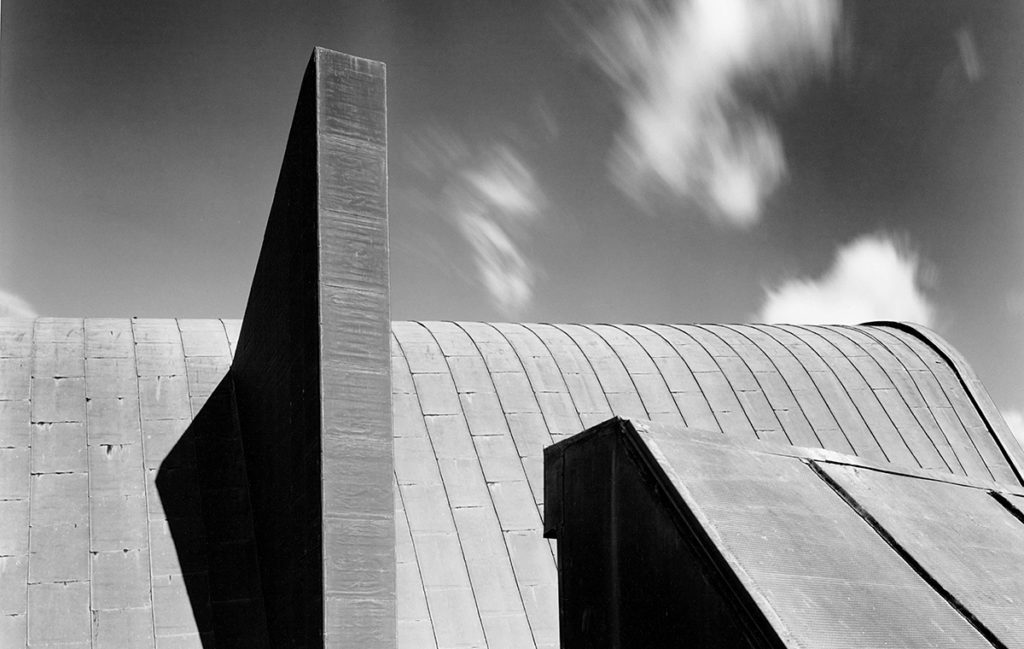 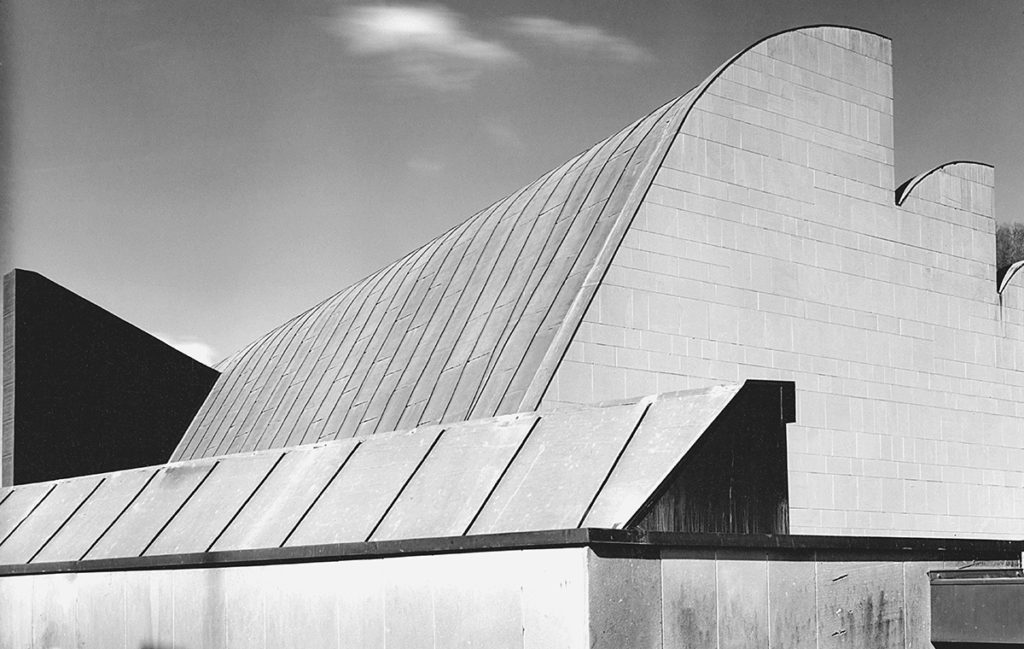 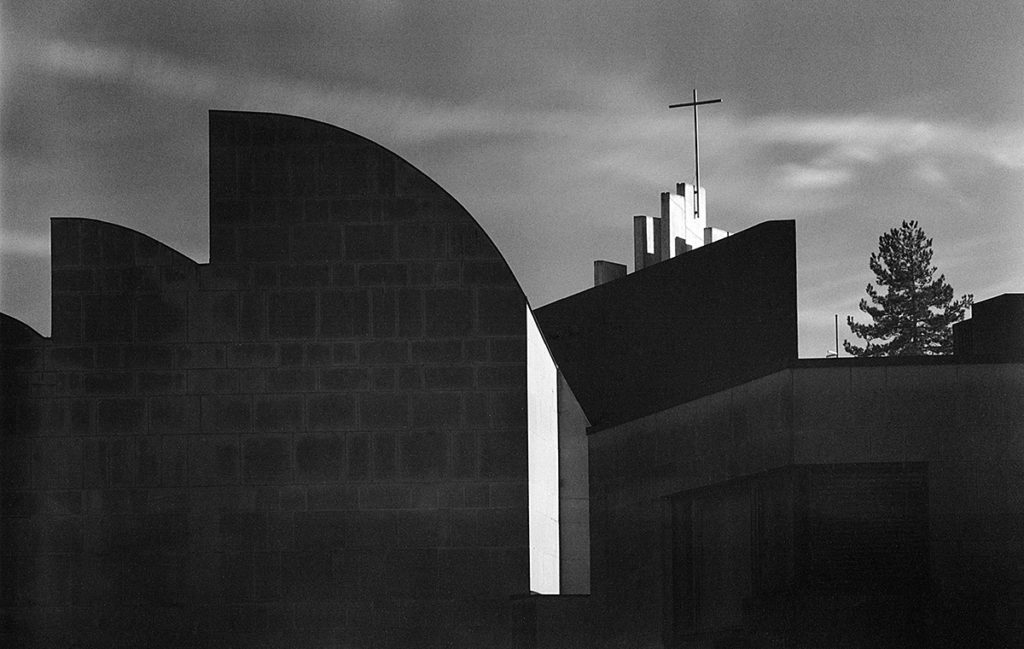 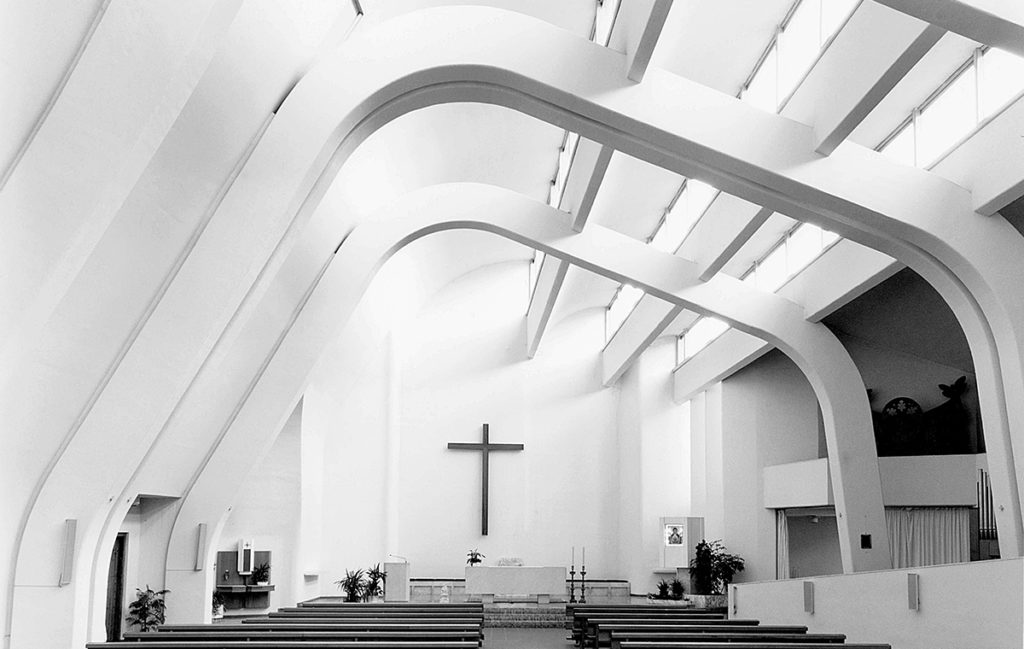 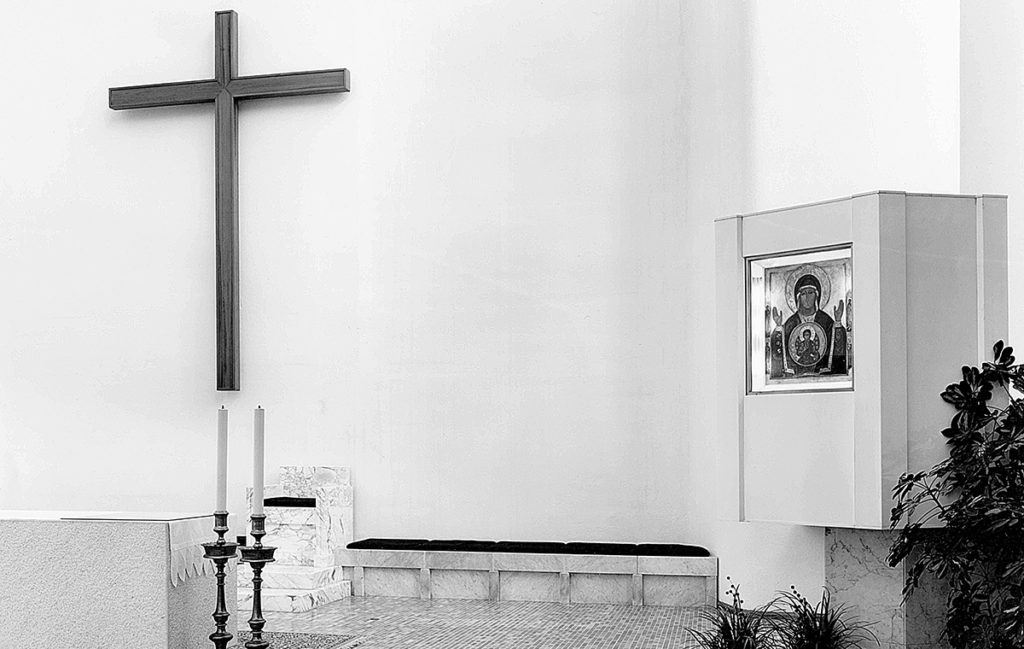 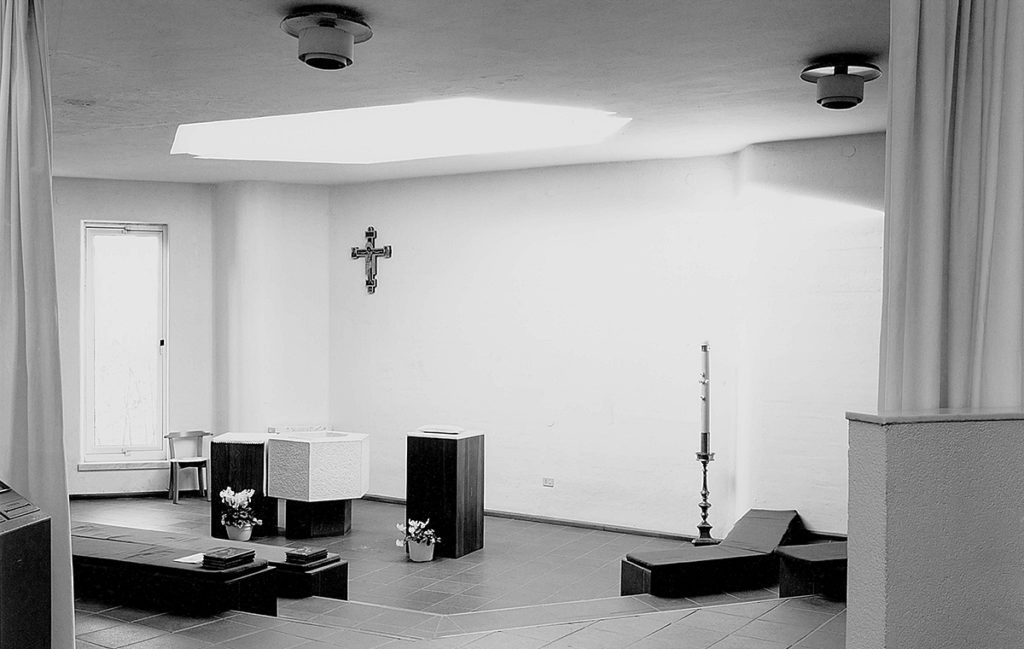 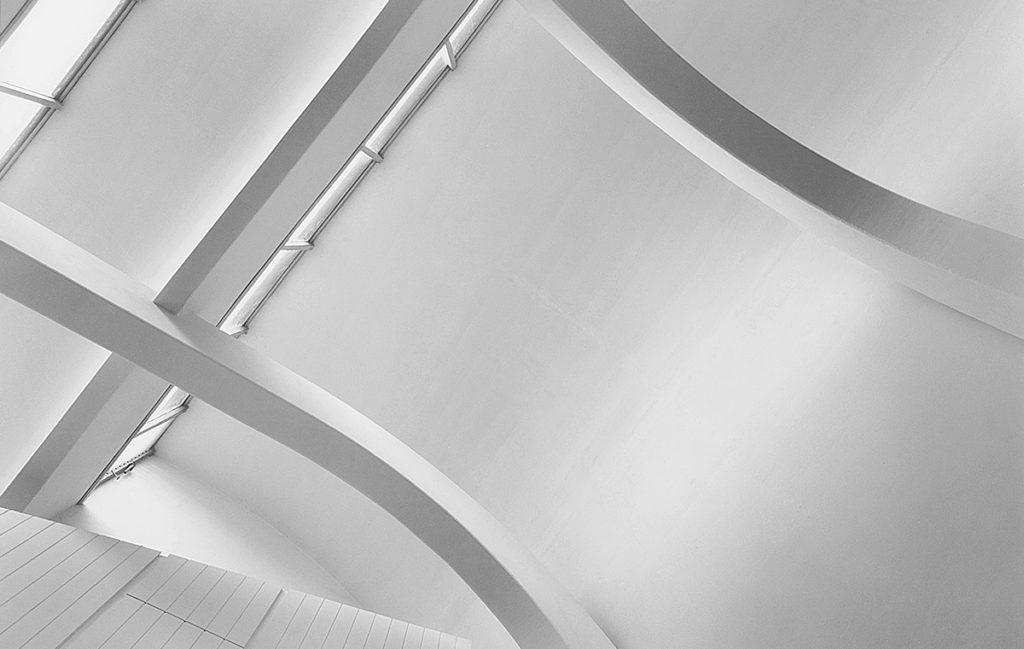 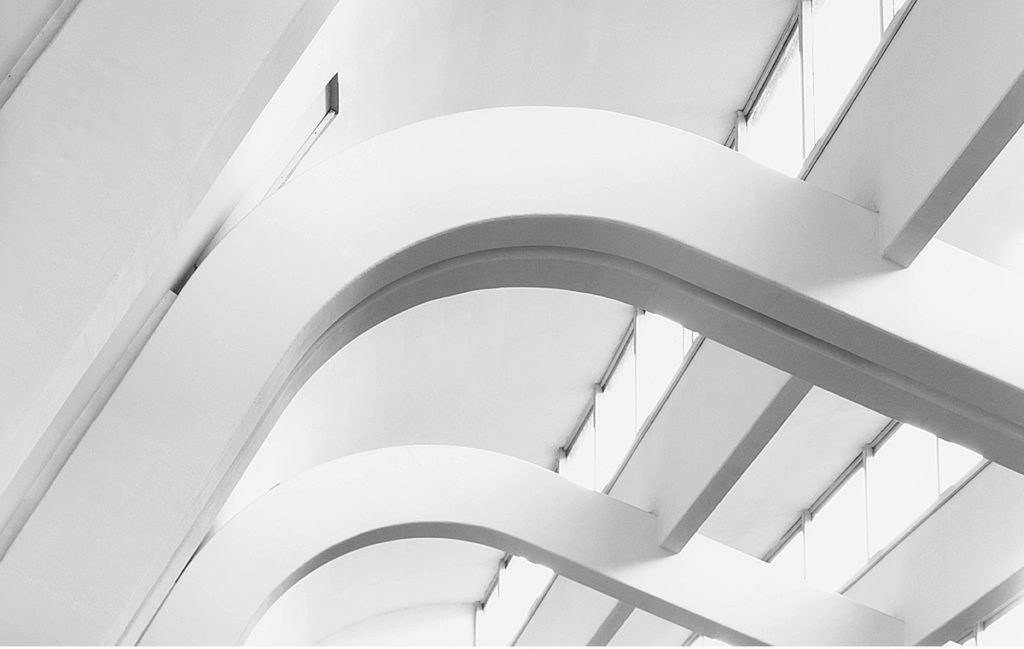 Just few minutes from Porretta Terme, heading towards Bologna, you find the parish complex of Santa Maria Assunta, adapted by the Finnish Master Alvar Aalto, one of the highest architects of the XX century.

The work of Alvar Aalto has attracted great international interest as it resumes the use of stone for a religious building. In his project, the architect was inspired by Nature (the Reno river and the Soprassaso caves) and by local stone buildings (Montovolo Park and the hamlet of Scola). About his project, he has stated: “with my design, I don’t want to disturb what God has forever been doing in this place”.

This is his only project in Italy.

The architect has visited Riola for the first time in 1966, as he inspected the area where the new church would have stood and acquainted himself with the field surveys and preliminary studies where would have risen the project he had been entrusted with. On that occasion, he noticed the skyline of the three surrounding mountains: Monte Vigese, Montovolo and Monte di Vigo. Attuned with the locals, he invited them for a wandering to accomplish together such an impressive feat on both spiritual and physical levels. 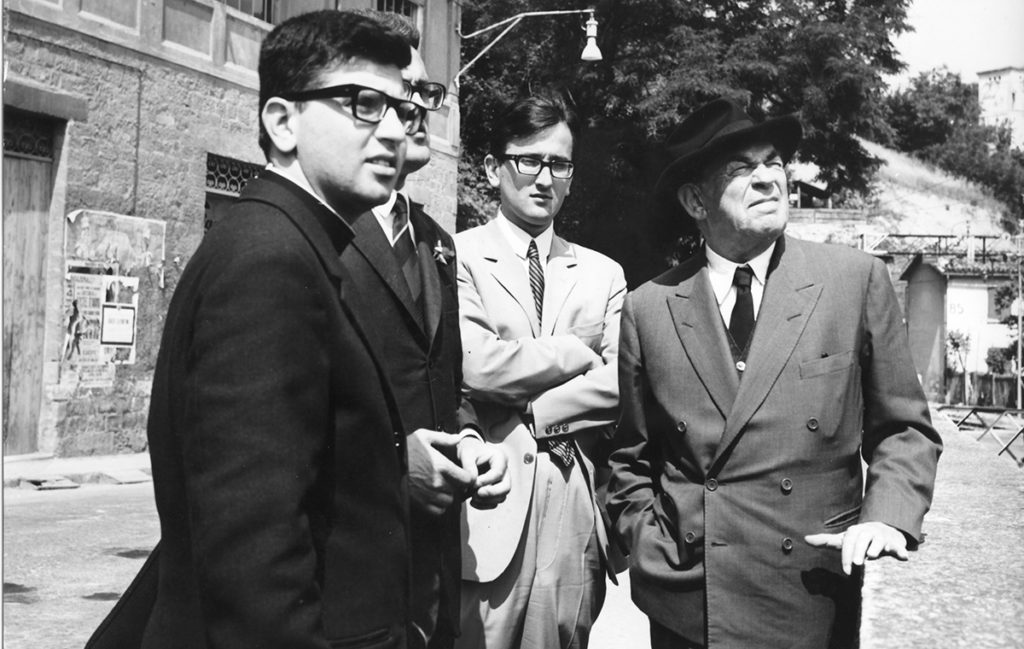 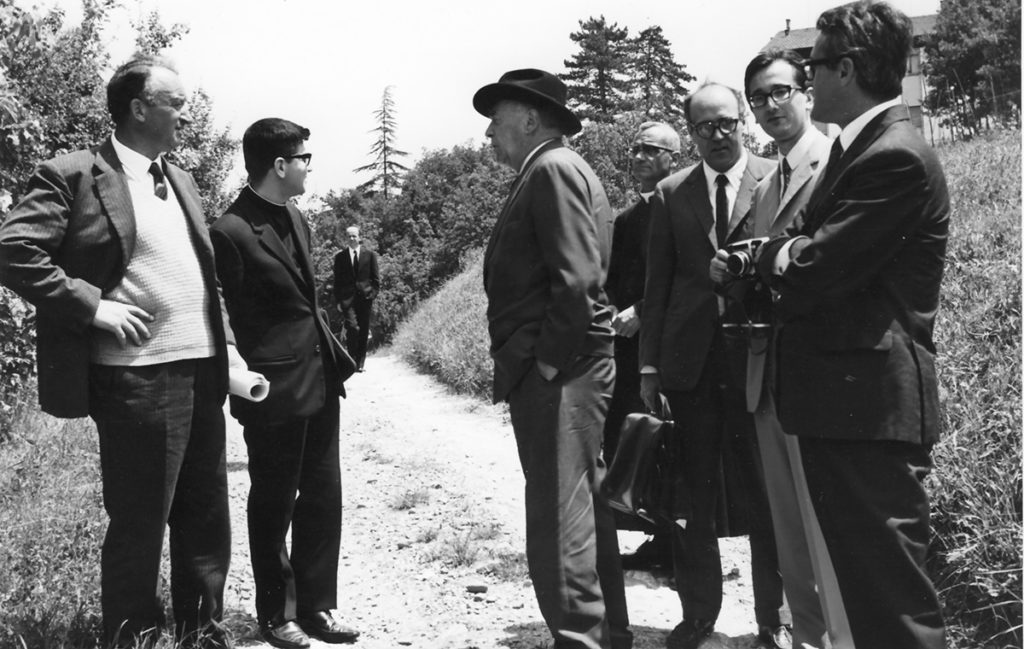 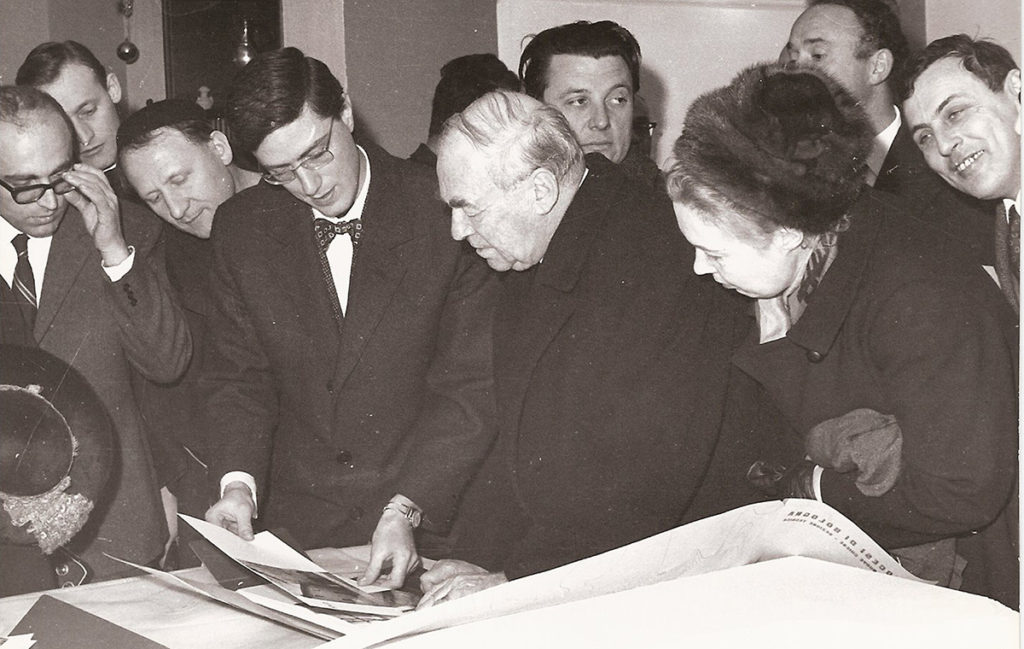 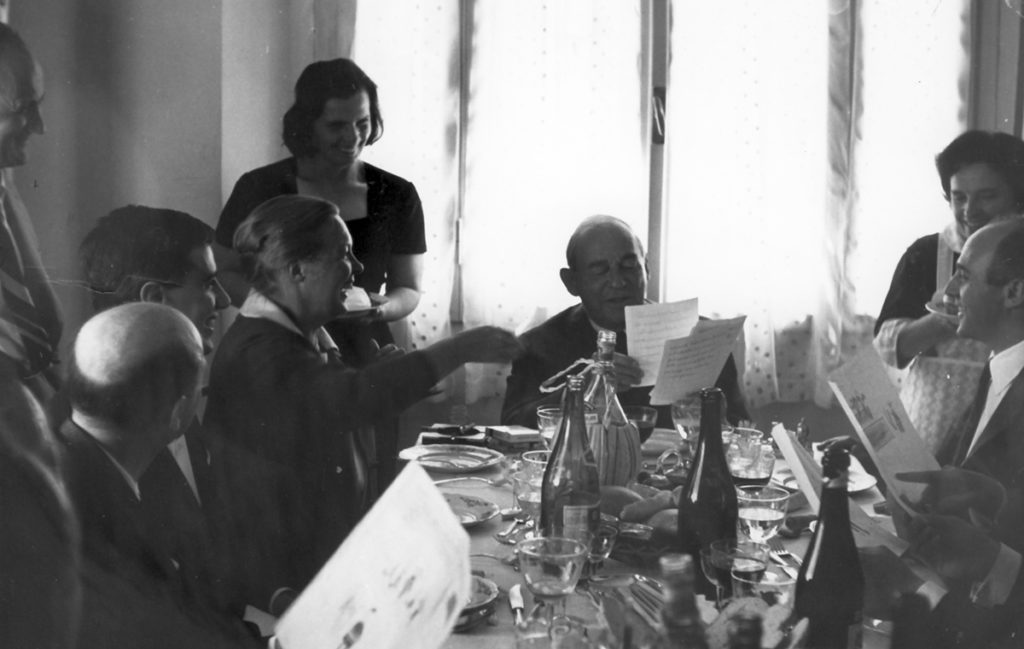 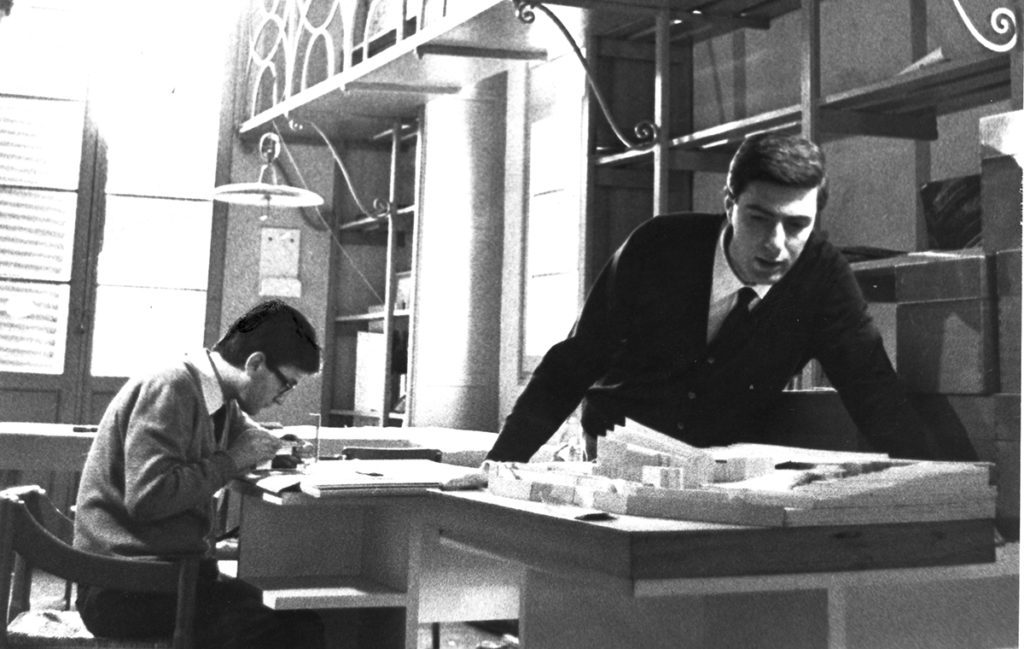 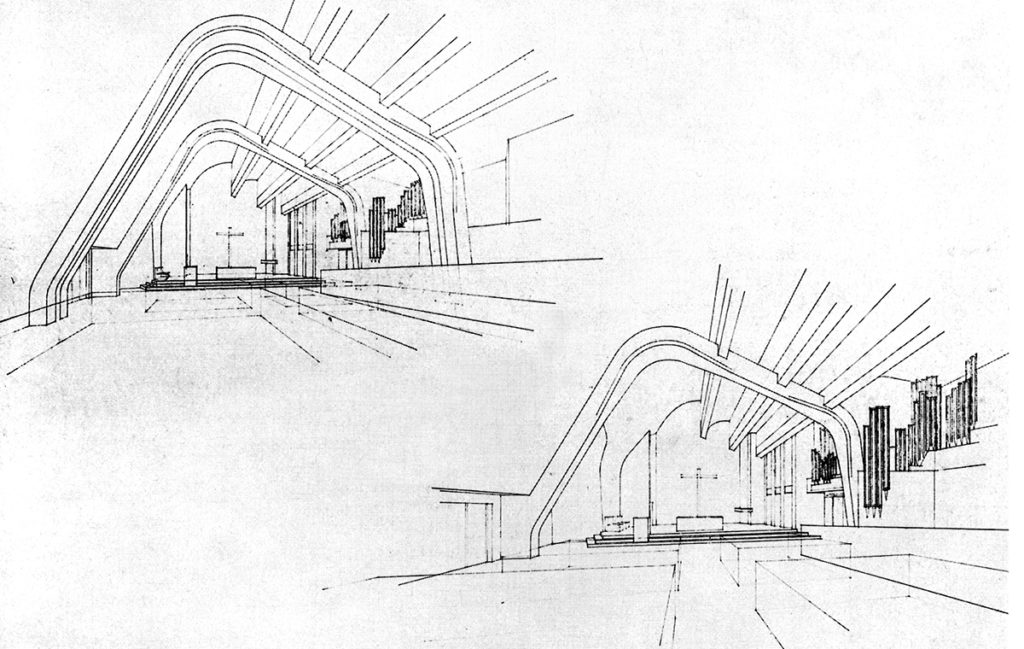 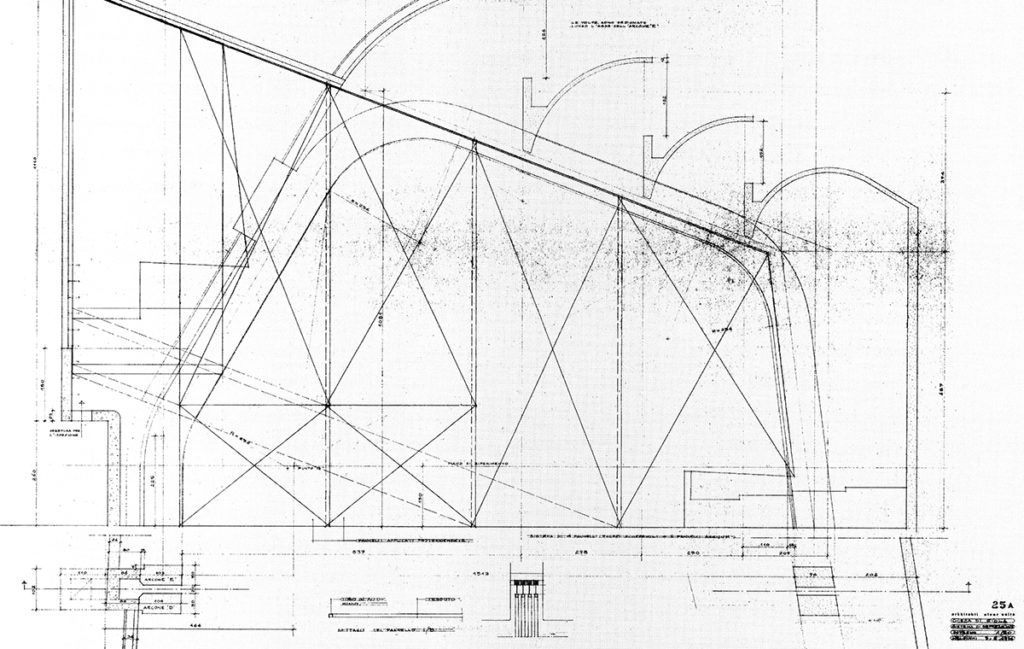 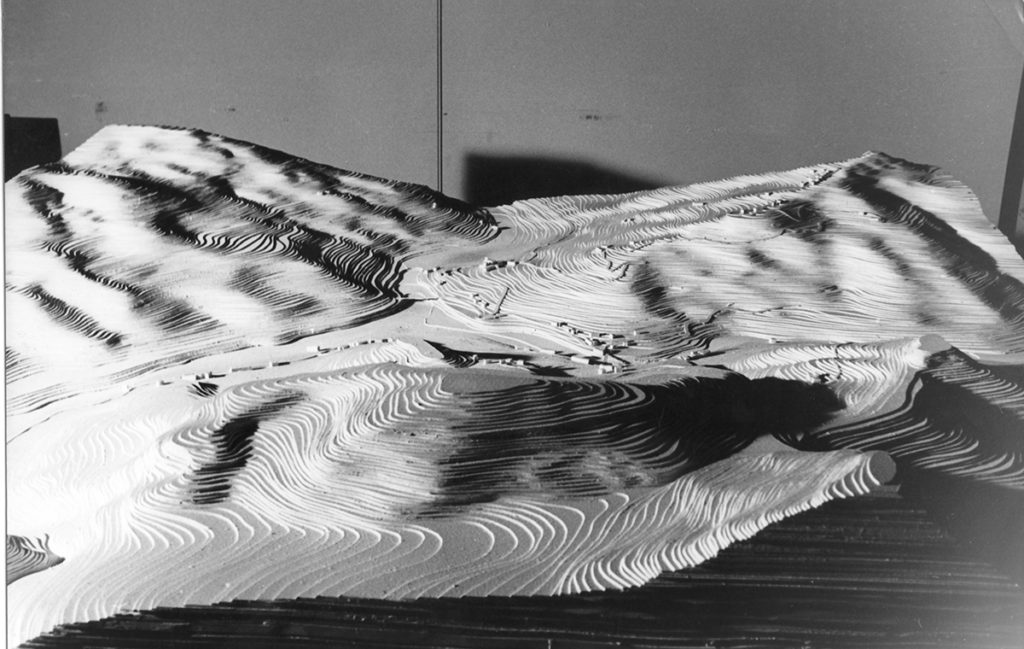 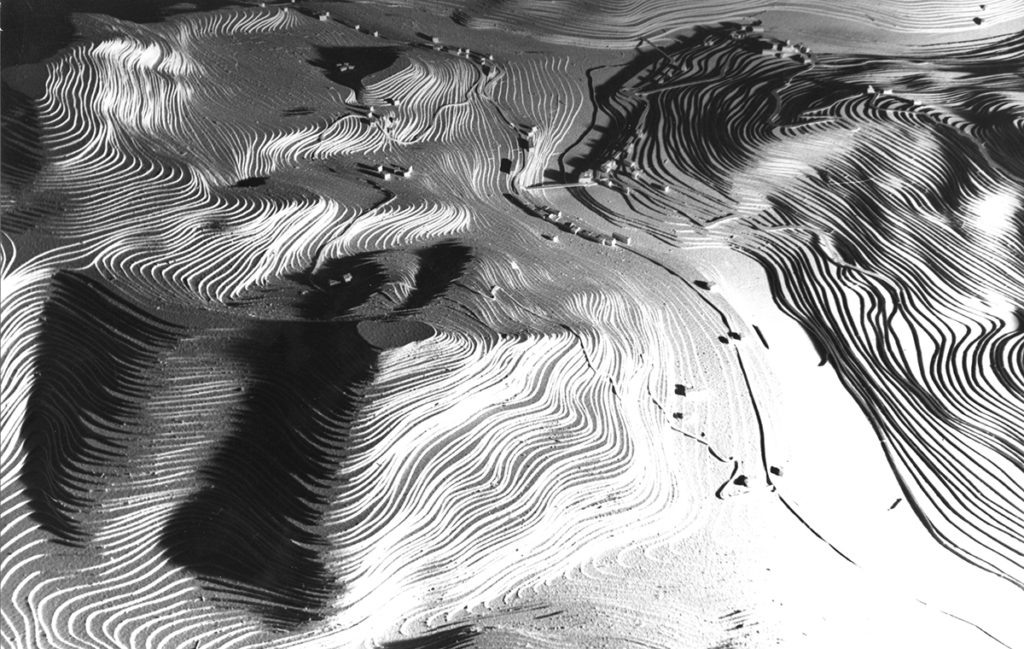 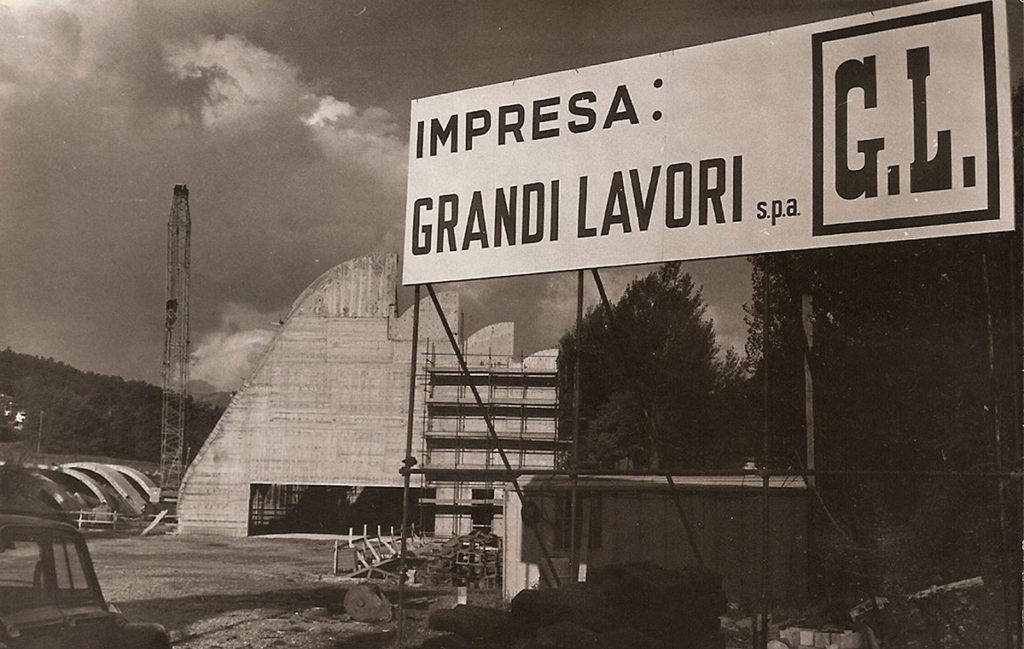 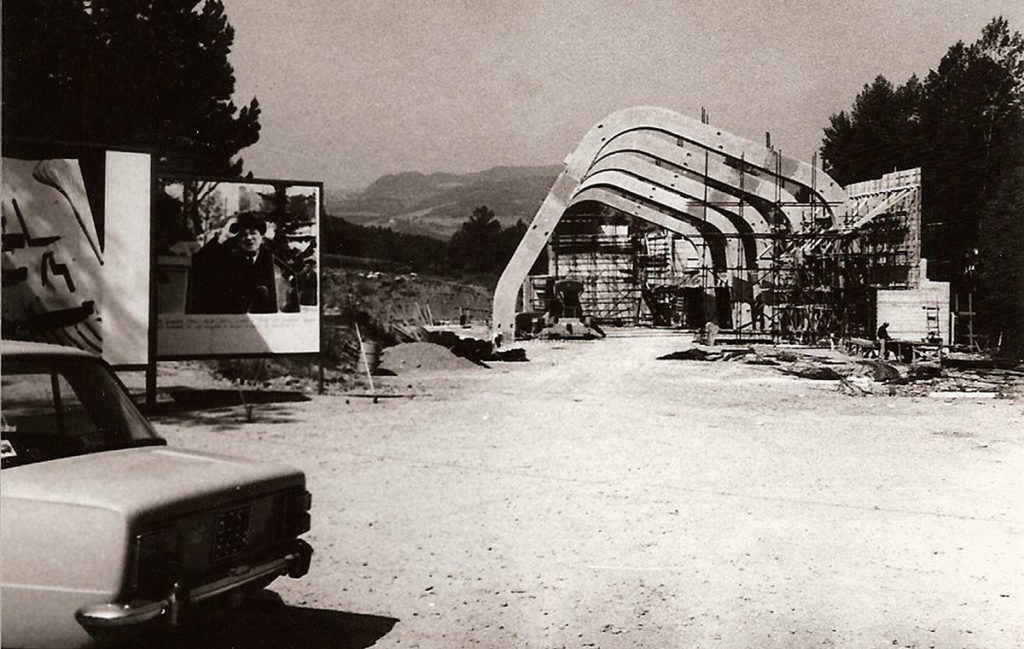 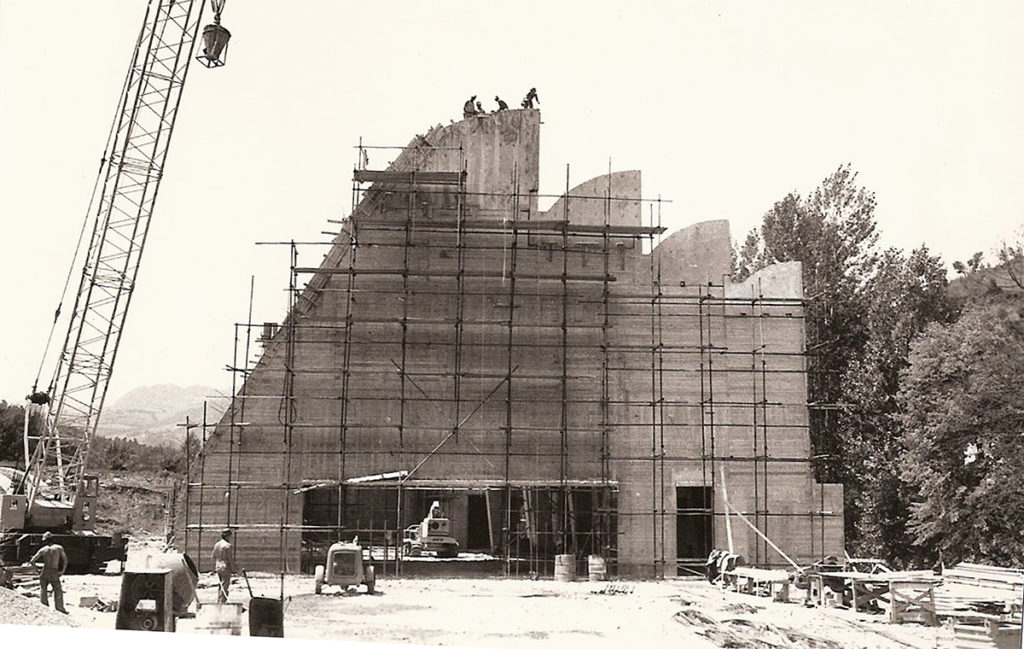 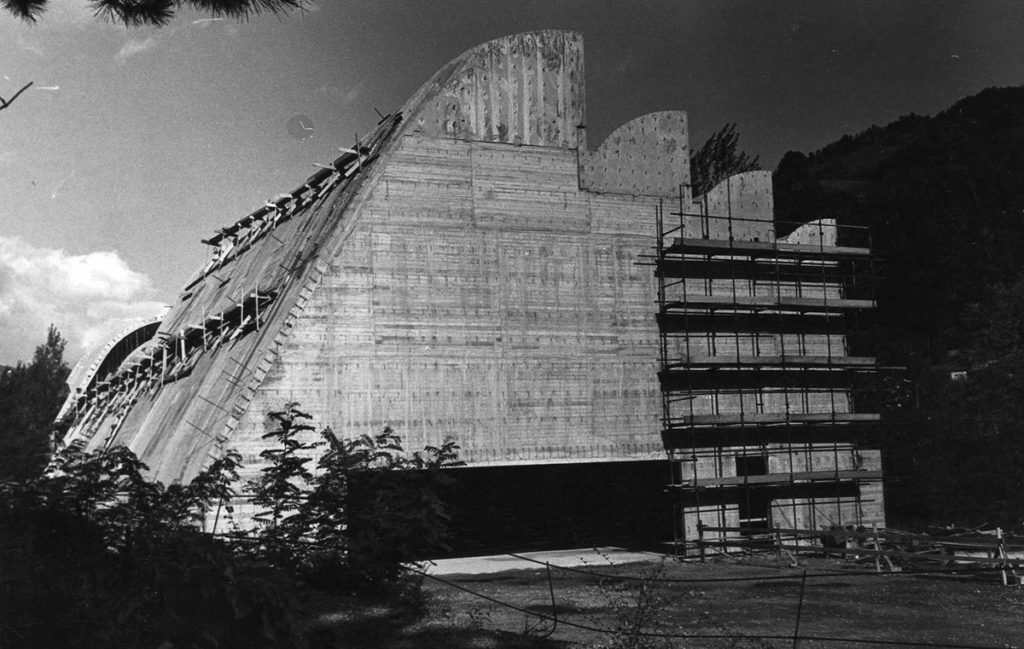 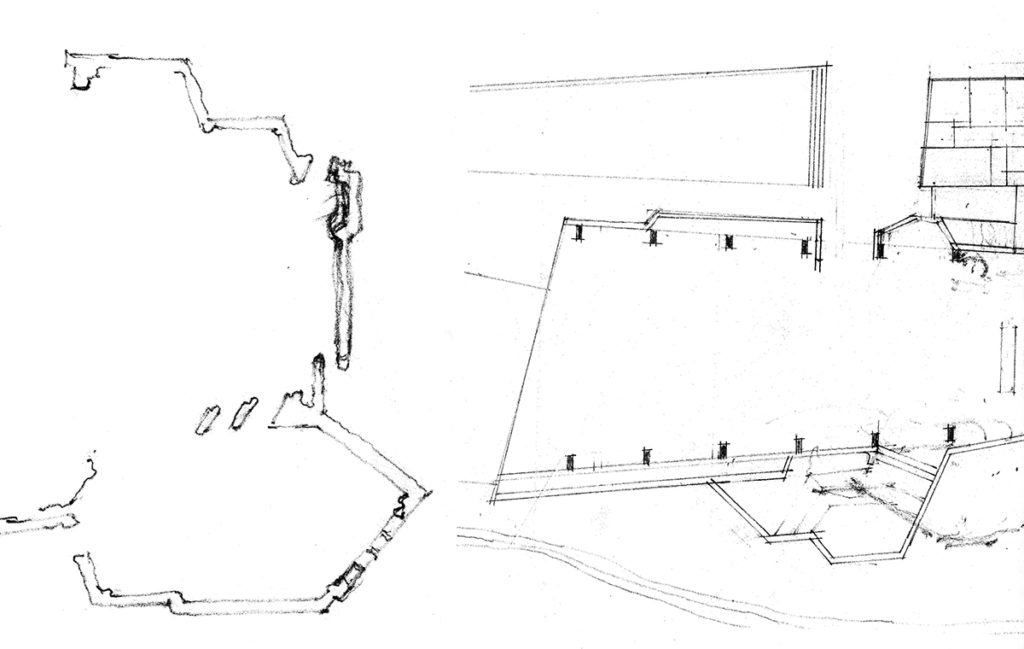 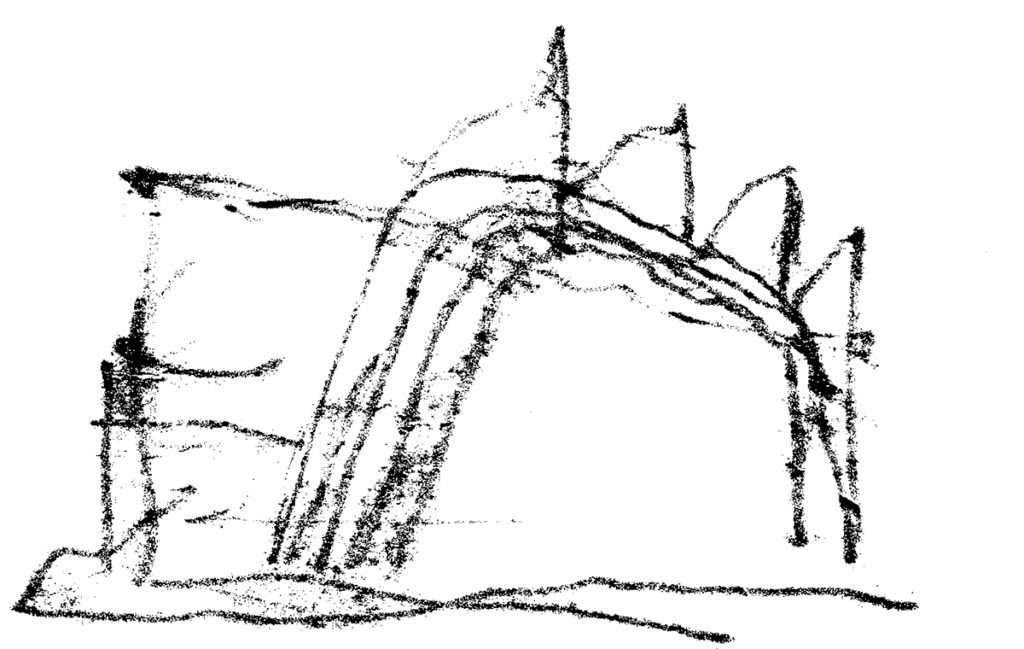 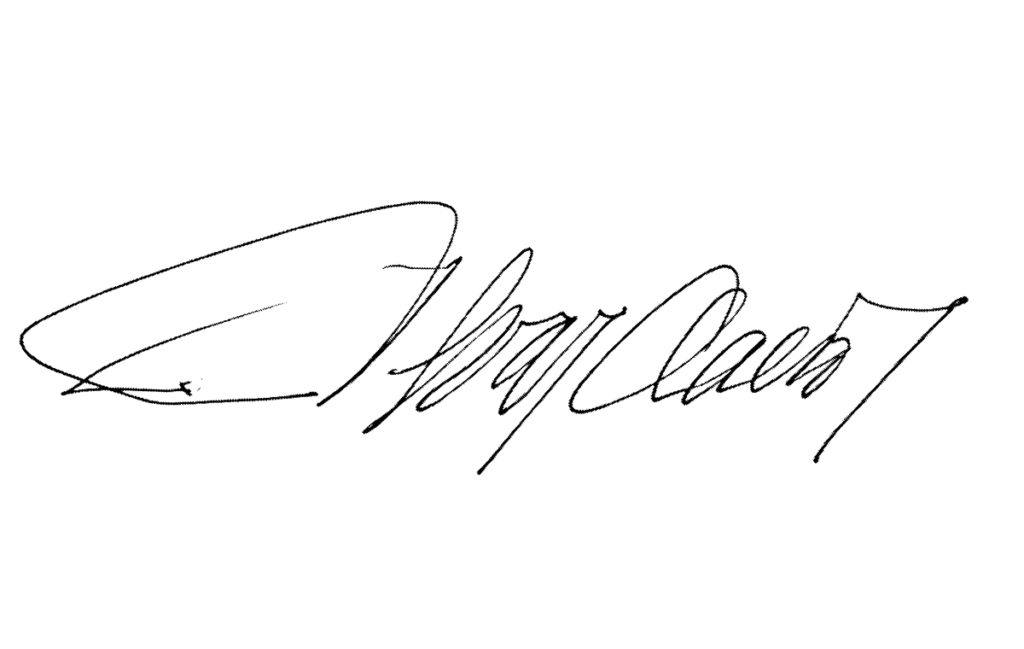 The “organic” functionality by which Aalto has designed his work in Riola leads to consider the harmony between man and space through the light – thanks to its descriptive quality, it engenders the shapes that create structure and function. The environmental and architectural elements sustained by Alvar Aalto cannot be set aside in his combination of sky brightness, flowing water and Nature shades: the light beam, the river and the church were thus merged in one single complex.

With its characteristic asymmetrical layout and single nave, the church is topped by glass windows that let the light seep in with stronger intensity in the altar zone, the focus of the whole room. The entire internal surface are refined by white plastic wall coating – enhancing the brightness. The church is the central building of a complex constituted by a churchyard, a bell tower, a vicarage house and other parish buildings.