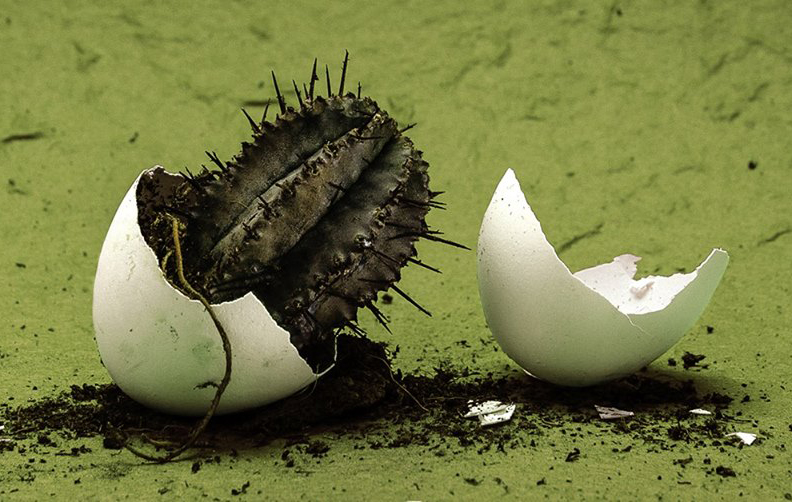 SASSISCRITTI IS A CULTURAL ASSOCIATION INVOLVED IN THE SOURCING AND PROMOTION OF CONTEMPORARY ARTS  ESPECIALLY THEATER, MUSIC AND WRITING. IT IS BASED IN ALTO RENO TERME NEAR BOLOGNA IN THE TUSCAN-EMILIAN APENNINE.

Founded in November 2006, SassiScritti has inaugurated a series of resident workshops in several disciplines – theater, writing, illustration, music – taught by Italian artists. Since 2016 the association has been organizing resident workshop agendas named InRitiro. The ten-year expertise in the organization of this kind of activities has pointed out the extent to which people from all over Italy appreciate this way to experience a close-to-nature, intense and innovative formation.

2018 EDITION: InRitiro continues with its IV edition of intensive residence in the Tuscan-Emilian Apennines. A workshop on writing and illustratation with Giovanna Zoboli, from September 21st to 23rd, one with the extraordinary illustrator Marina Marcolin on drawing in nature on October 14th and 15th and finally a theatrical workshop with Armando Punzo, founder of the Fortezza company this year celebrates thirty years of theater in the prison of Volterra (October 26-28). 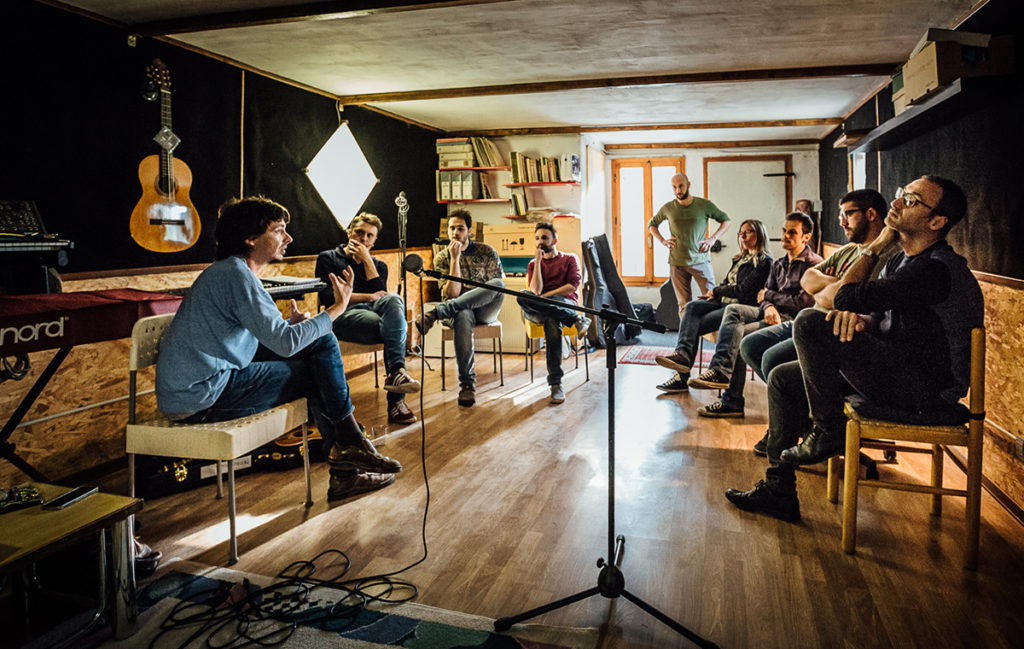 THE IMPORTANCE OF BEING SMALL FESTIVAL 2018

The Smalls are going to gather in some hamlets of the Alto Reno Terme, Castiglione dei Pepoli, Grizzana Morandi and Sambuca Pistoiese municipalities. The final schedule will be published at the end of the spring. 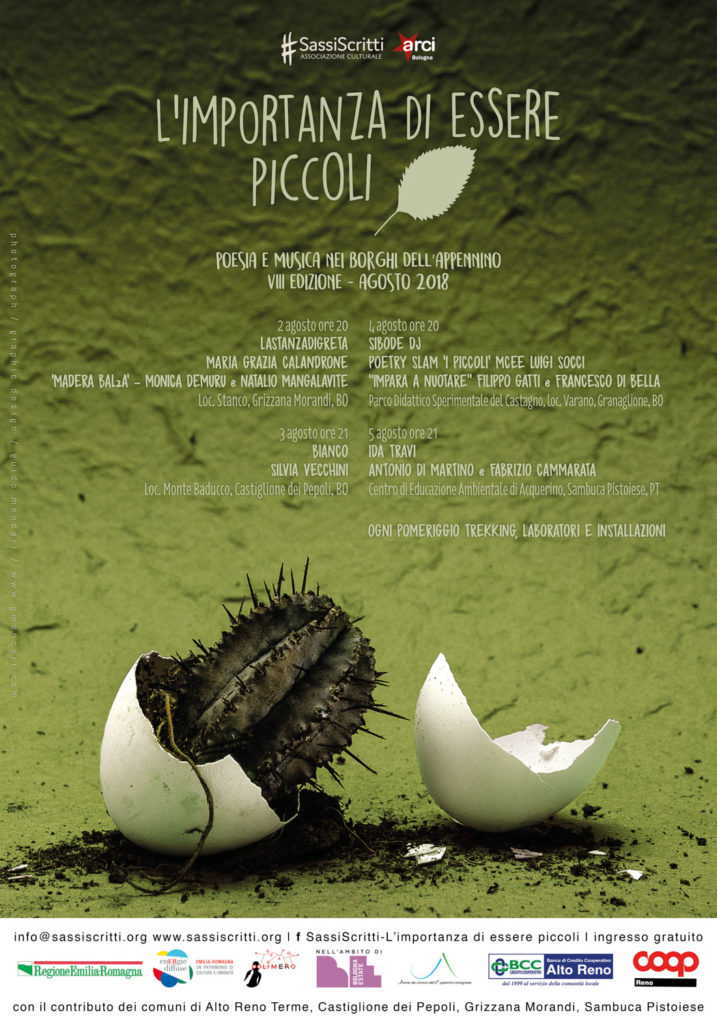 The main event of the association’s calendar is the festival L’importanza di essere piccoli (The Importance of Being Small), an itinerant festival in the Emilian and Tuscan hamlets, at its 8th edition in 2018.

In the festival dates, songwriter music meets the words of poets, framed by the wonderful Apennine. This original combination makes each event into a mosaic of landscape, sound, word and meeting. Some of the poets hosted by the previous editions are Mariangela Gualtieri, Franco Loi, Milo De Angelis, Fabio Pusterla, Antonella Anedda, Viviane Lamarque and dozens more. Some of the musicians are Cristina Donà, Francesco Guccini, Perturbazione, Bobo Rondelli, Paolo Benvegnù, Riccardo Sinigallia, Murubutu to name just a few.

The festival is well beloved and renown at an international level, its audience coming from several Italian areas and being reported in the national press. The core idea is that a high listening quality, special meetings and the magics art can work are more likely to be attained on a ‘small’ scale than on a ‘big’ one.

In the last years, the hamlets dwellers have opened their homes, cellars, garden gates to the festival: their participation and cooperation allows to authentically experience and revalue the mountain through the artists’ point of view.