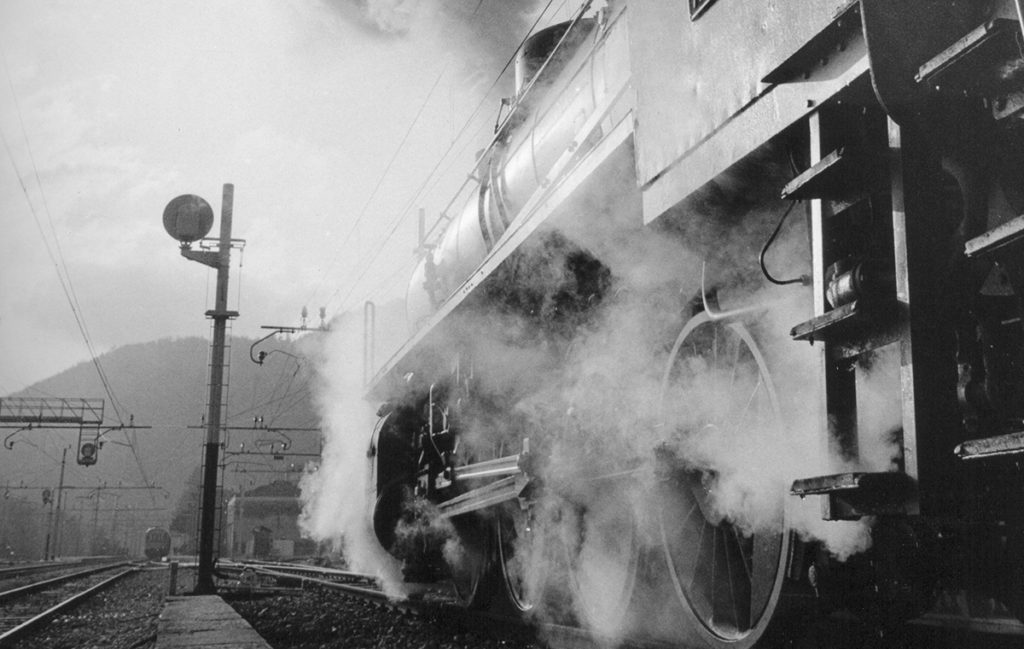 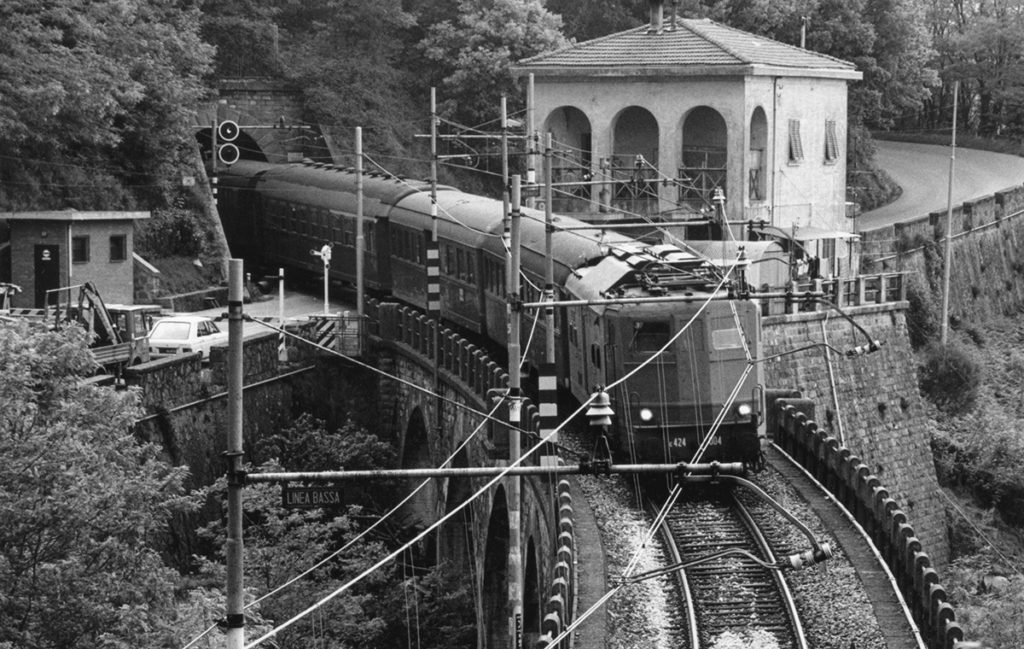 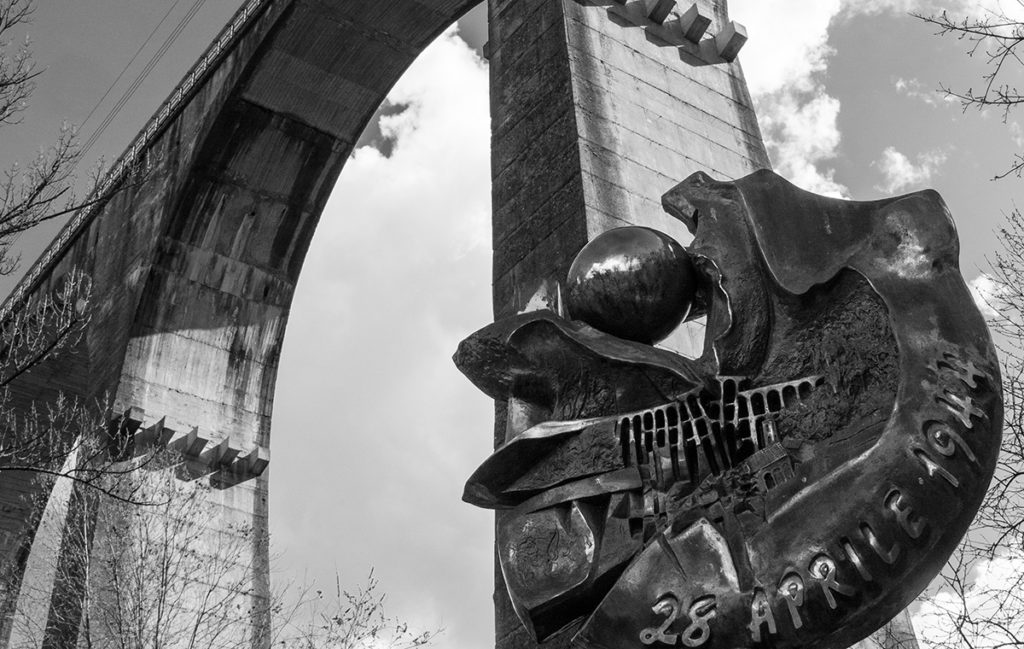 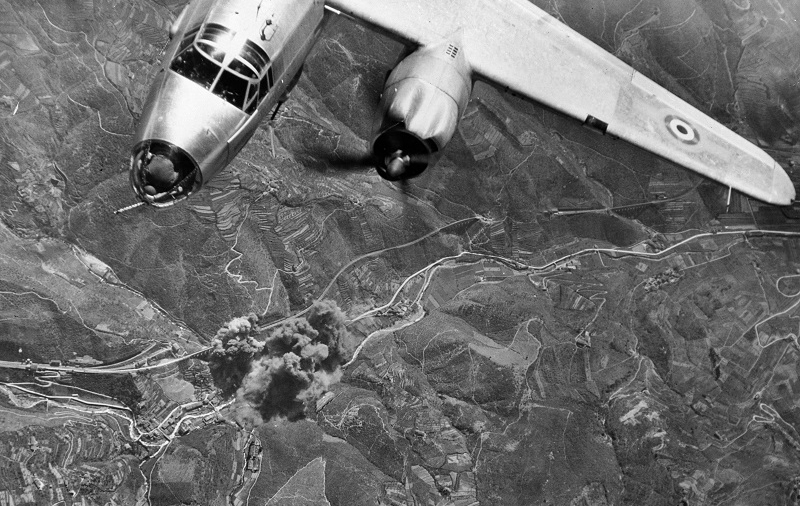 It was on the 2nd November 1864 that the Porrettana railway line saw its inauguration: hence, in 2014 its 150th birthday was celebrated. The Gruppo di Studi Alta Valle del Reno proposed an exhibition of drawings, books and pictures, the purposes of which were to stimulate a reflection about the relevance this railway used to have in the past, as to wish for its reinforcement and relaunch in the future.

From 1864 to 1934, year of the opening of the Direttissima, the Porrettana represented the backbone for north-south communication in Italy and Europe, and is today essential to life of the Tosco-Bolognese mountain area.

The first project was proposed in 1845 by brothers Pietro and Tommaso Cini, from San Marcello Pistoiese, enlightened mountain entrepreneurs, and had among its promoters Camillo Benso, the count of Cavour, who on May 1st 1846 wrote on a French magazine that, among all possible railway lines in Italy, “il on est une surtout que n’hesitons pas à signaler comme avant une importance commerciale et politique du premier ordre, c’est le chemin de fer de Florence à Bologne” (there is one in particular that we do not hesitate to define as of primary commercial and political importance, namely the Florence-Bologna railroad). Nonetheless it was necessary to wait for the election of pope Pio IX to make its realisation possible. With the new pope, the Austrian government gave start to the diplomatic contacts that allowed the subscription of the Rome convention in 1851, also signed by the Ducati of Modena, Parma and Piacenza, and by the Granducato of Tuscany. The Convention provided for the realisation of the Central Italian Railway, of which the Piacenza-Bologna – opened in summer 1859 – and Bologna-Pistoia were the main branches. After the choice of the crossing place, near Pracchia – contested by the people from Prato, who wanted the new railroad to cross by Montepiano, between Setta and Bisenzio – the works started slowly due to the financial weakness of the operating society. A new contract, signed on March 17th 1856, was thus necessary: the new society counted among its associates marquise Raffaele Ferrari, duke of Galliera, baron Rotschild, the Viennese Estate Credit and the Livornese Pietro Bastogi.

It took from 1856 to 1859 to build the Piacenza-Bologna span, left by the five states, signatories of the 1951 and 1956 conventions, as inheritance to the nascent Italian kingdom. Though the Tuscan extension was already foreseen by the project, the works had only partially begun. The project of the whole line was carried out – requiring major technic skills – by French Jean Louis Protche (1818-1886) and by a team of French and Italian engineers. The team suggested innovative solutions, like the helicoidal tunnel, so important to be later employed in transalpine lines.

The span of Transappenninica railroad running to Vergato was inaugurated in 1862; to Pracchia in 1863, with the participation of king Vittorio Emanuele II; to Pistoia in 1864: on September 9th of the same year, the last segment of the great Apennine tunnel was breeched and, only two months later the railway was launched.

The longest tunnels came out to be those of the Appennino (2725 meters), of Pian di Casale (2621 meters) and of the Signorino (1753 meters). The major viaducts in the Ombrone Pistoiese valley were supported by triple rows of arches, like the Roman aqueducts. The Fabbricaccia was the highest, measuring 53,50 meters, followed by the Fabbrica (48 meters) and Piteccio (47 meters). The longest were the viaduct of Piteccio (183 meters), Fabbrica (171 meters) and Fabbricaccia (148 meters). The Sammommè and Grazzini viaducts, today called the “Svolte”, were built on single arches. Numerous bridges on the Reno were built too, many in the Sasso-Venturina span, even more between Venturina and Pracchia.

The exhibition, hosted by the Biblioteca Comunale dell’Archiginnasio, opened on Friday 14th November 2014, concomitantly to its analogue at the Biblioteca Comunale Forteguerriana in Pistoia, where another conspicuous share of the railway original projects is held. At the end of the XIX century, the daughter of the architect – engineer Jean Louis Protche – donated to the Archiginnasio her father’s archive. Protche achieved the Bolognese citizenship and spent the last years of his life under the Two Towers. He was buried at the Certosa cemetery.