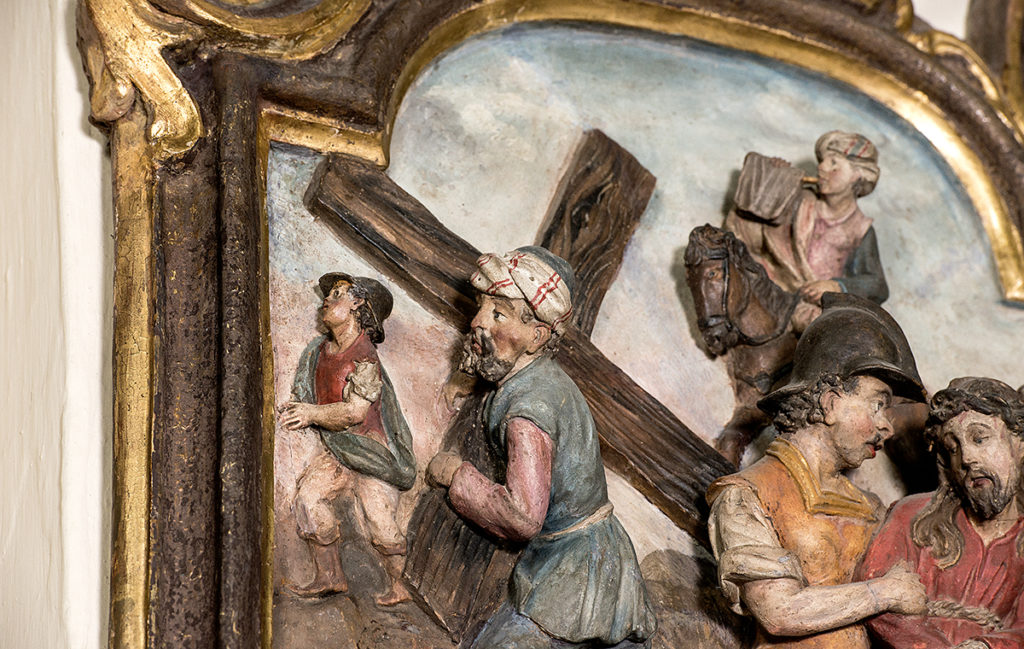 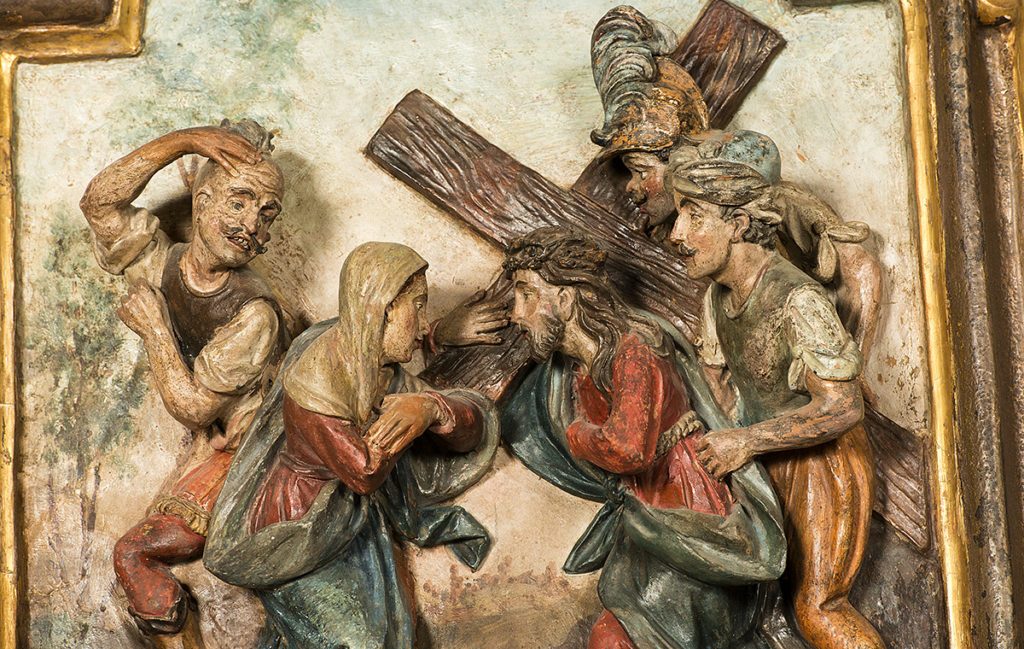 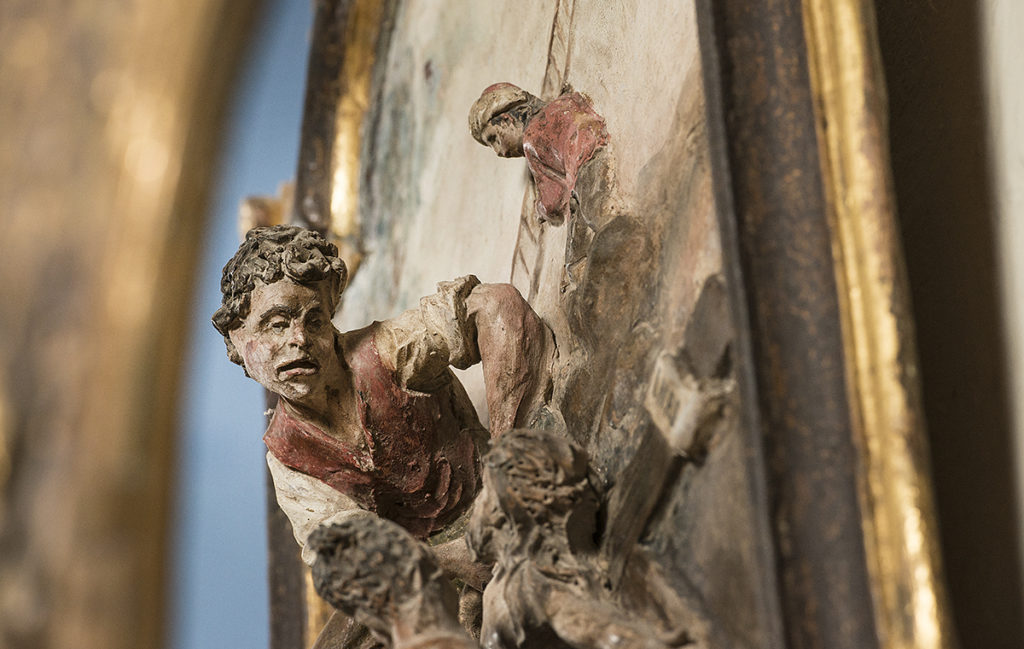 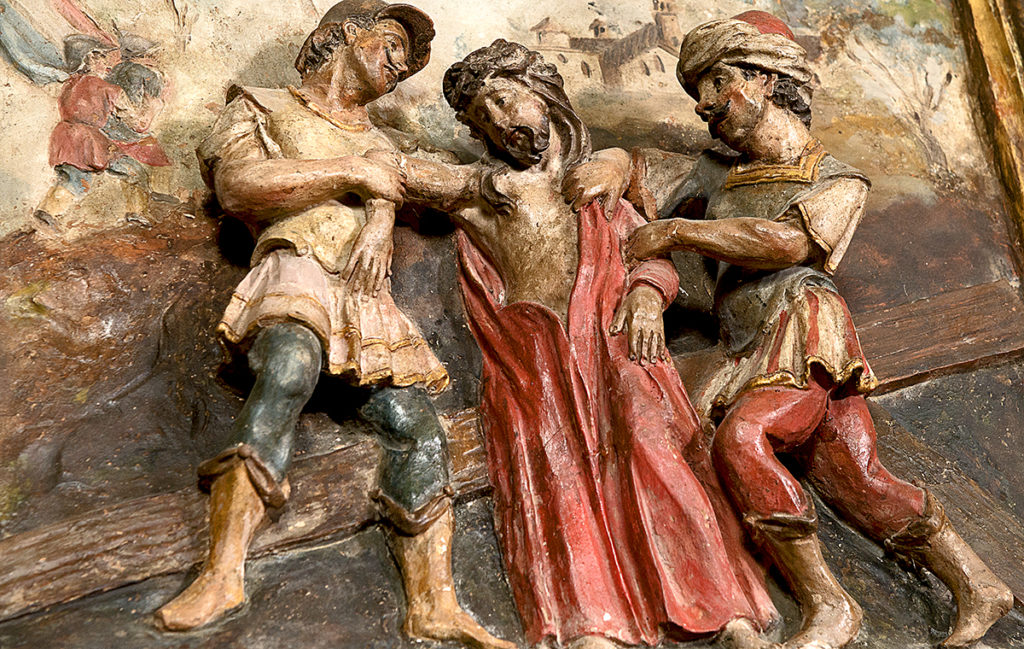 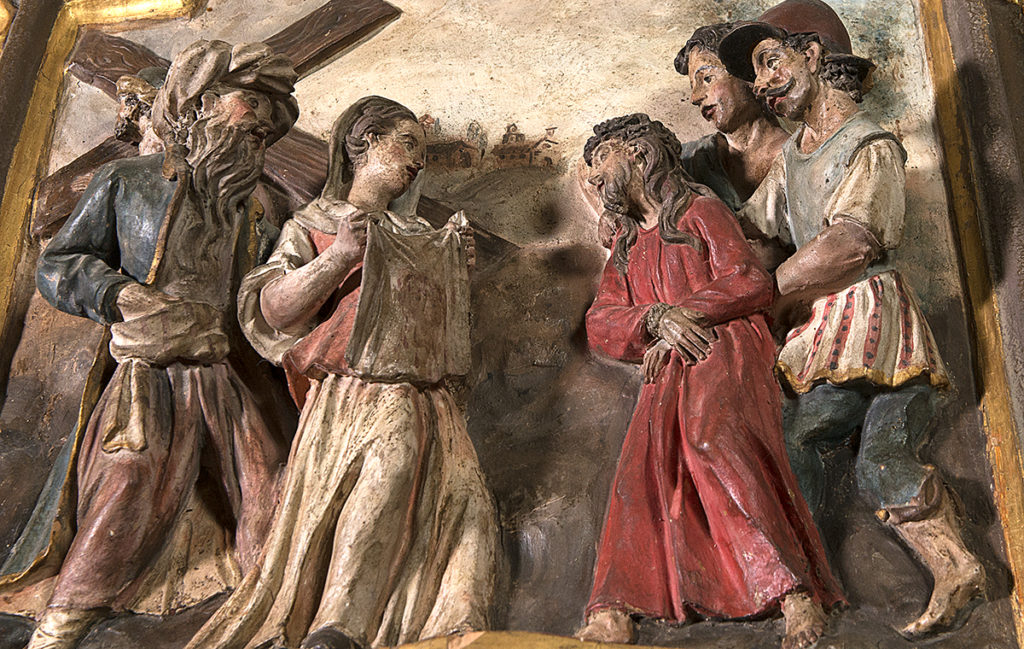 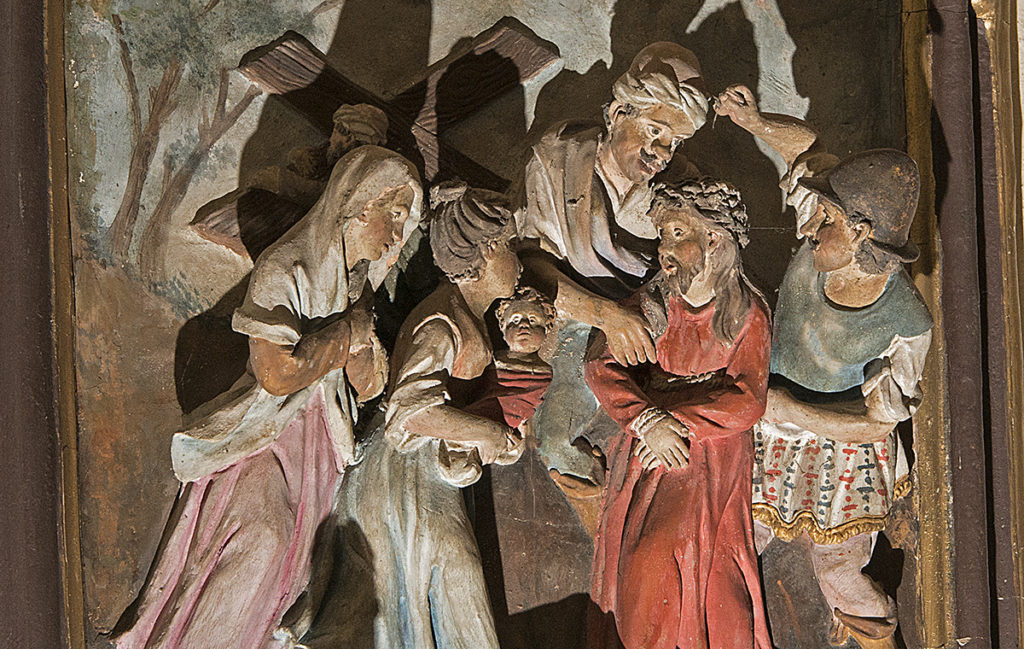 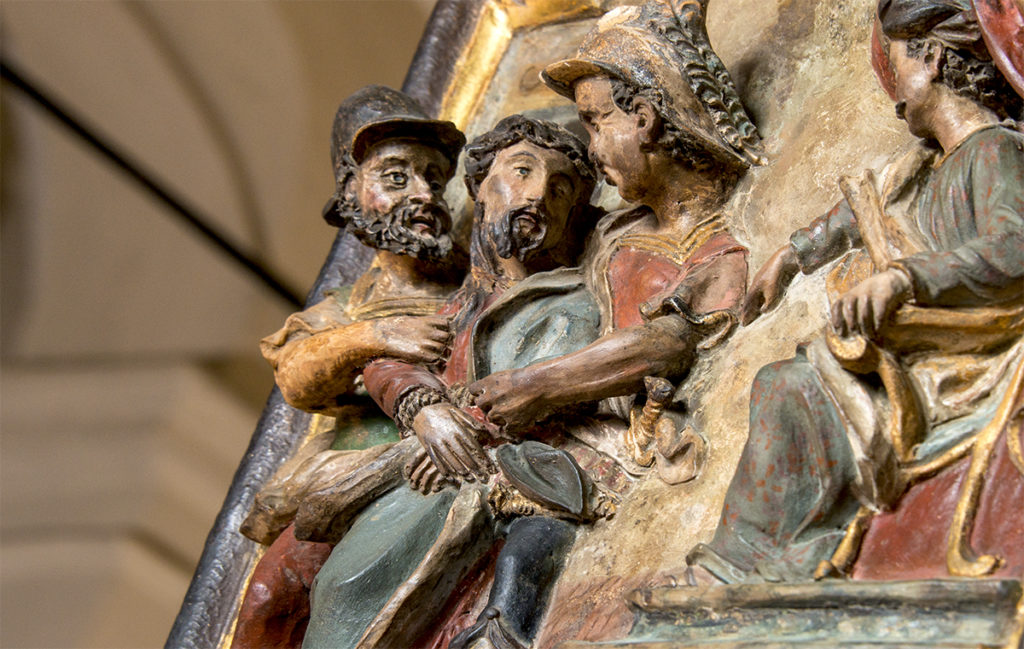 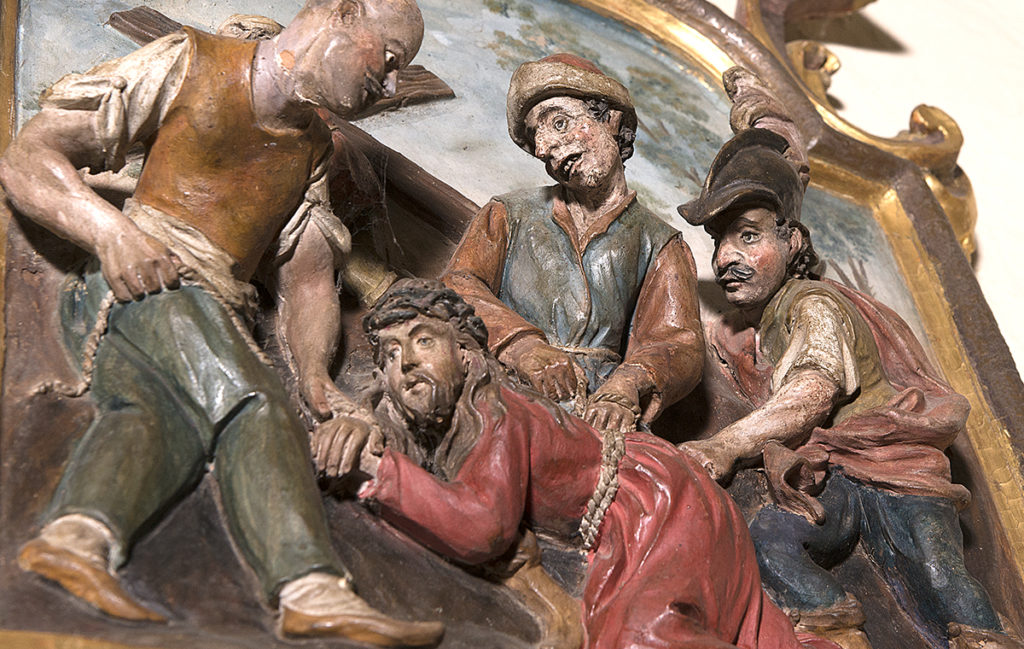 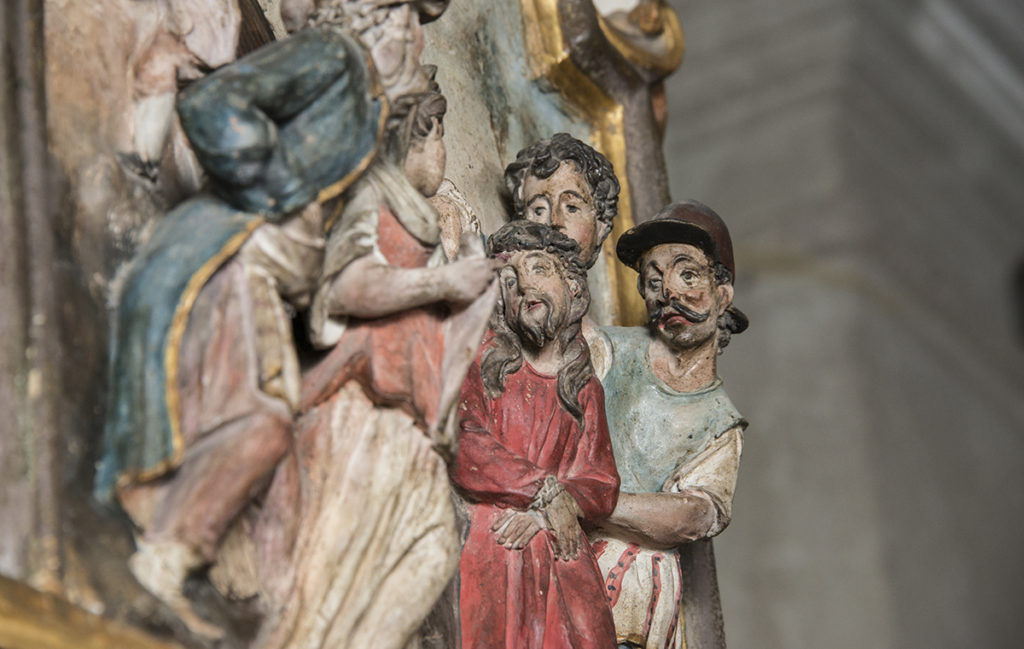 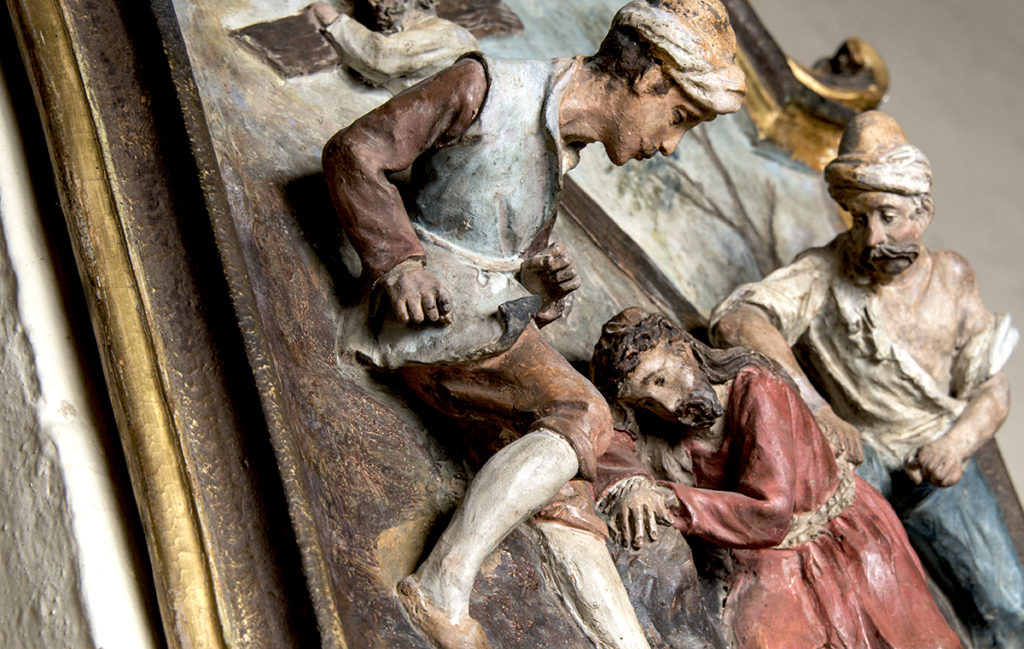 The 14 mysteries hanging on the walls of the church of Capugnano are pictures of terracotta painted in natural colors and made around 1714 a.C. by Gaspare Bartoletti called Paglialunga.

These figures have a popular character, in awkward scale and grotesque shapes. The compositions are theatrical with strong dynamic sense and impact.

It is quite difficult not to make a comparison between the theatricality and the drama of the via crucis scenes and the life of the author who died in Pavana during a clash with the guards of the Gran Ducato of Tuscany and Bologna during which he killed two cops and stabbed a deputy.