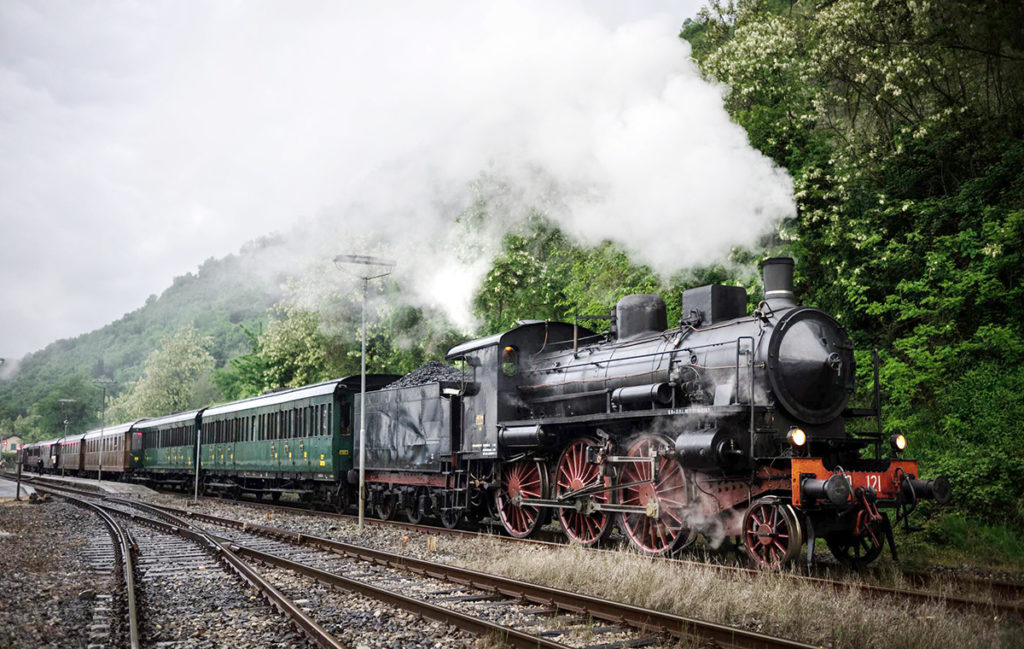 #Transappenninica2017 will travel on historic trains along the Porrettana railway. Music is the destination.

The historic Porrettana railway is an infrastructure of vital importance for its territories.

From this premise the evocative idea of ​​enhancing this railrway combines through the promotion of travel experiences on board of historic trains, scenarios of the past and future prospectives for a sustainable development and the cultural enhancement of the territory. For this purpose, the initiative called “Transappenninica: a project for the tourism development of the Porrettana railway” has been elaborated, involving the Municipality of Alto Reno Terme, the Italian FS Foundation, the Italian Tourist Railways Federation (FIFTM), Adriavapore, the Emilia-Romagna Counsil (Department of Transports and Tourism), the Tuscany Council, the Metropolitan City of Bologna, the Union of Municipalities of the Bolognese Apennines.

There are many potentialities in the area of ​​the Alto Reno Terme Municipality: a rich carnival of musical events, a wine and food tradition that combines Emilian and Tuscan elements, a history that is rooted in the Etruscans, the first users of thermal springs, the Romans and the chestnut age, to the events of the World War II, rich in historical and civic value, to end with a unique Nature, pure and unspoiled water resources that, alongside the famous thermal waters, defines an infinite network of streams immersed in a suggestive Nature and surrounded by the remains of ancient mills along with their legends.

In the background stands the Porrettana railway perfectly embedded in the surrounding Nature, one of the first large infrastructures of Italy, which carries along its tracks a huge bag of history and culture.

Few railways have a story comparable to that of “Porrettana” able to conquer those conscious travelers, who have not the sole purpose to get to the destination but also to enjoy the travel. 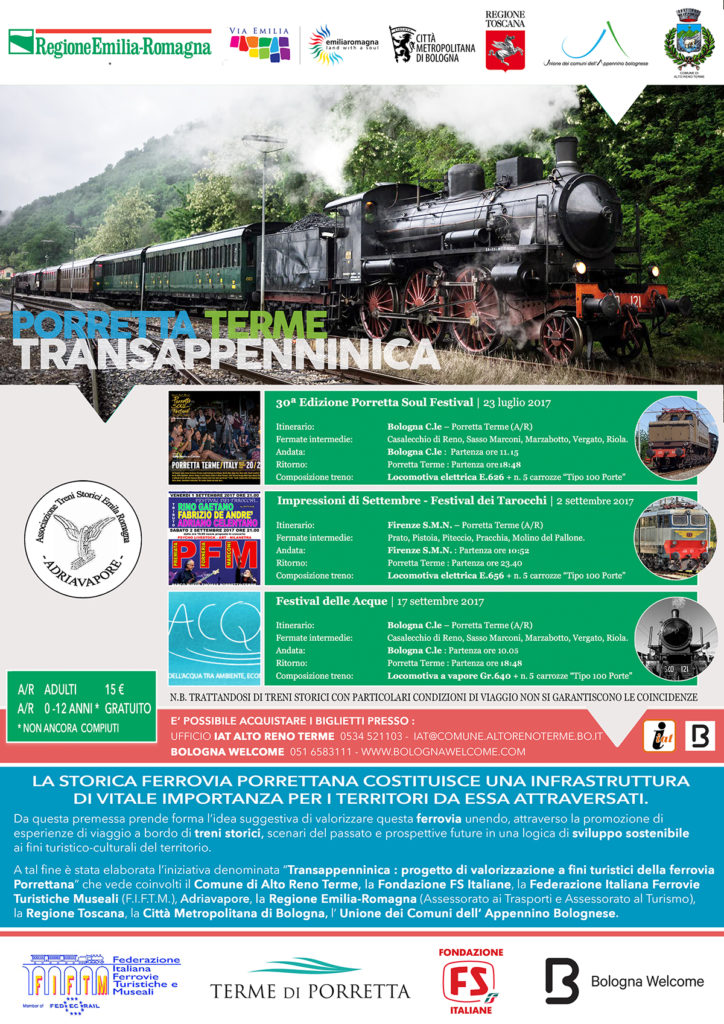 The Transappenninica project, which sees the Emilia and Tuscany Regions united in highlighting the cultural points of view of the valley that spreads along the railway line Bologna – Porretta – Pistoia  has the potential to offer an innovative and transversal tourist vision to the various user typology. The concept underlying this project is to locate in the railway line, both as a major roadway and historical conduit, the axis of the tourist relaunch of our territory.

In launching this innovative tourism development project, it was decided to bring historical locomotives from Bologna station to Porretta Terme station with the friends of the Association of Trains of Emilia Romagna, a no-profit association, during the  main events of the area.