Again in 2018, the collaboration with the Municipality of Alto Reno Terme and UNPLI as part of the project “E buonanotte ai suonatori”, an event that draws its inspiring motifs from the homonymous book published in 2013 and reedited in a new edition updated in 2017. 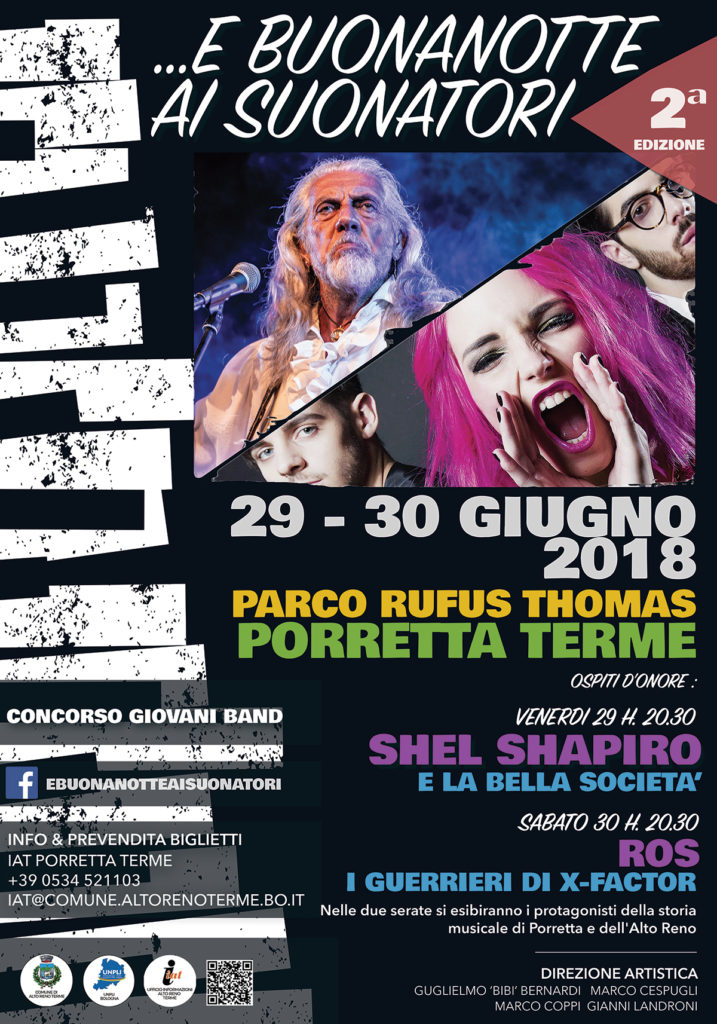 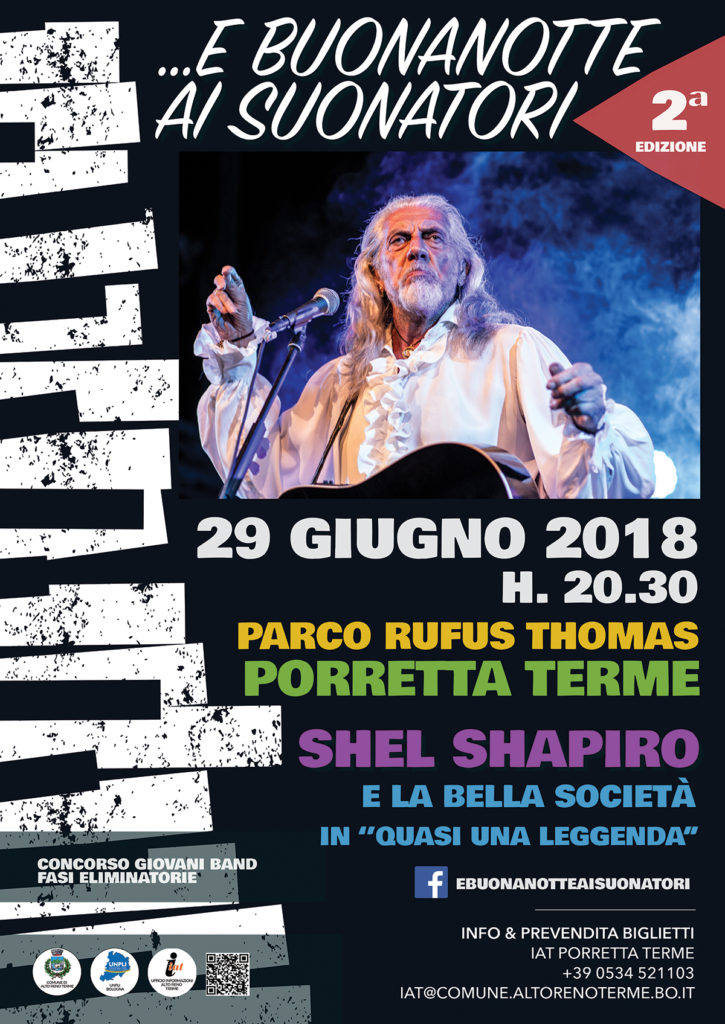 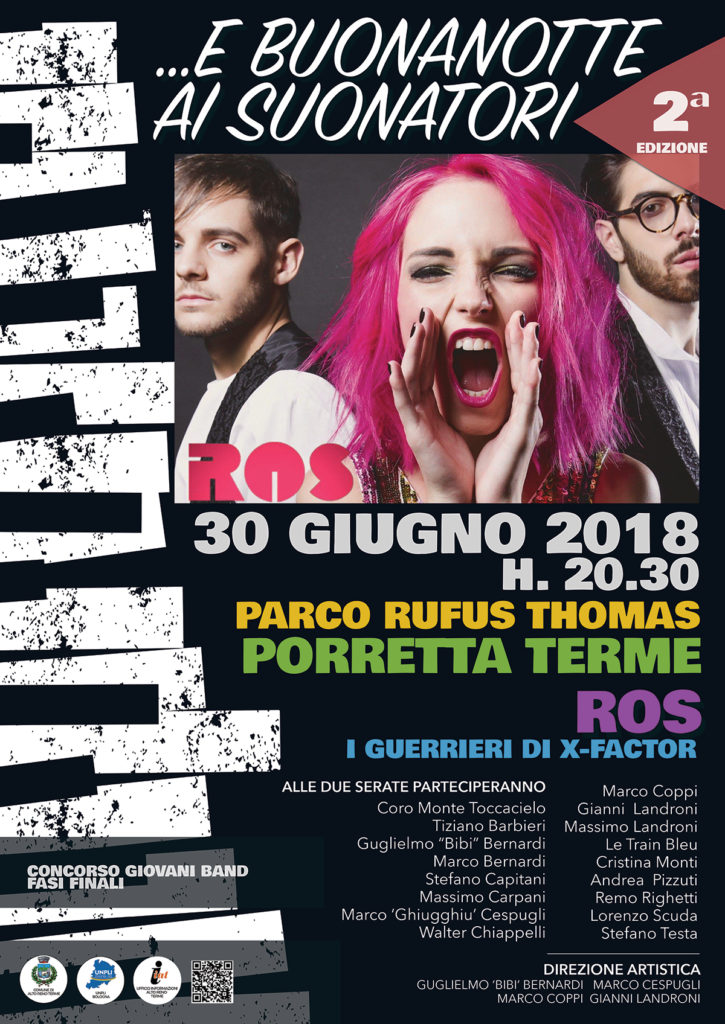 During the summer edition of June 29th and 30th at the Rufus Thomas Park, a contest will be held for young bands with the aim of involving a younger audience. Always consistent with this purpose, the guest of honor of the second evening (Saturday 30) will be a group of music particularly known by the youngs, the ROS, semifinalists of the talent show “X Factor 2017”.

In accordance with the spirit of the event, in both evenings artists from our area will perform: the Coro Montetoccacielo, which next year will celebrate its 50 years of activity, directed by Maestro Andrea Piombini, Lorenzo Scuda, known nationally as author of lyrics and musician of the theatrical musical group Oblivion, the musical trio Le Train Bleu composed by Marco Coppi on flute, Gianni Landroni on guitar and Tiziano Barbieri on double bass. Andrea Pizzuti, Marco Bernardi, Massimo Landroni, Walter Chiappelli, Massimo Carpani, Stefano Capitani, Remo Righetti, Stefano Testa, Cristina Monti and … the Artistic Direction (Bibi Bernardi, Marco Cespugli, Marco Coppi and Gianni Landroni) will also be on stage. after the success of the last Christmas edition with the interpretation of the song “A tear on the face”, a tribute to the prestigious guest of last summer Bobby Solo, intends to give the audience another surprise.

Friday, June 29 will be the former Rokes leader Shel Shapiro playng on Rufus Thomas Park stage, to present the brand-new concert-show “Almost a legend …”, the long road of a boy who dreamed of playing the guitar.

With Shel there will be the musicians of his band “La bella società”, ready to give the public unforgettable music and words. “Almost a legend” is a show / concert telling more than thirty years of music, from Nashville to London to Rome, from the 50s to the 80s, with a historic stop at the Puzzola Park in Porretta Terme back in 1967 .

The flutist Marco Coppi and guitarist Gianni Landroni will perform at the Cinema Kursaal on the evening of Friday 14 December, accompanied by a string quartet. Will be proposed pieces of great authors of the Baroque and classical period as Boccherini and Mozart, Schubert and Beethoven, but also compositions by Piazzolla and Morricone.

The festival continues its journey, with the ambitious goal of becoming a constant reference point for the benefit of tourism and cultural heritage of the entire Alt Reno area.