PORRETTA SLOW: THE MARKET OF THE TUSCAN-EMILIAN APENNINES

The Porretta Slow is a two-days fair that binds the project “Transappenninica” (the travel on a vintage train from Bologna to Porretta Terme along the old Porrettana railway), the “Porretta Città della Musica” (Porretta Music City) with the reenactment of the historic John Cage Train – on the 40th anniversary of the homonymous event – and the food and wine identity of the Tuscan-Emilian Apennine, with markets, workshops and cooking shows. 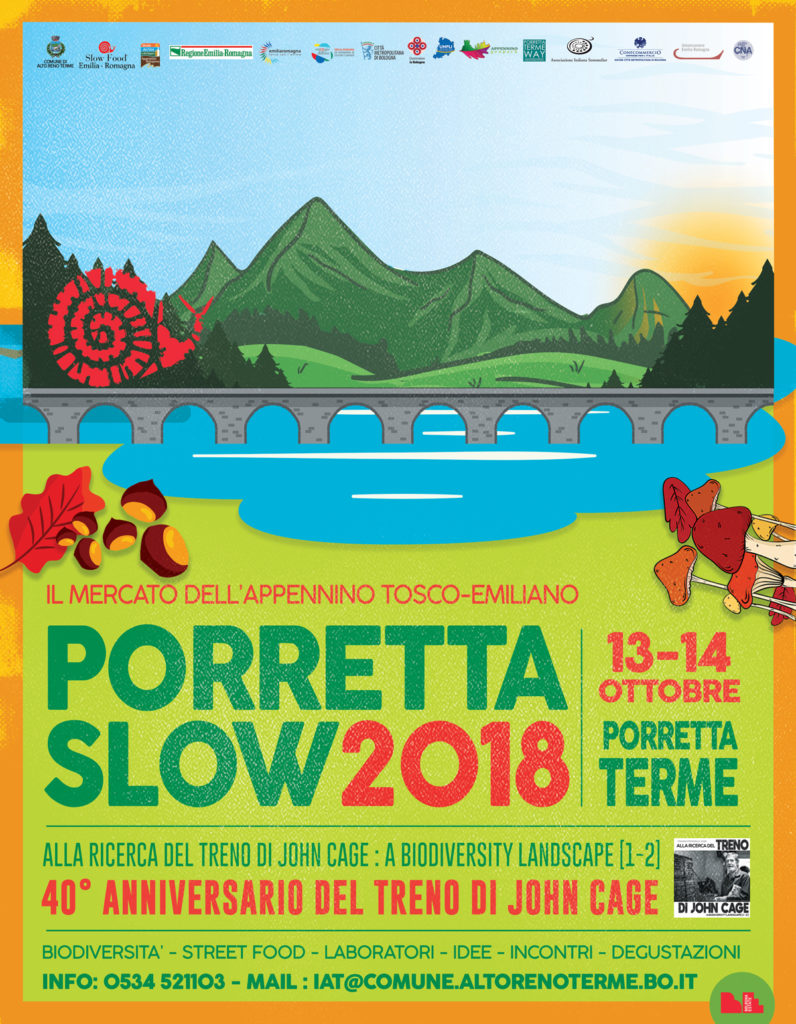 To those lucky travelers who will step on board of the vintage train from Bologna to Porretta Terme will be offered a music show to celebrate the more famous train that trod the Porrettana railway in 1978 under the direction of Californian composer and artist John Cage. Music genres will range from folk to ballroom, jazz, rock, and – of course – electronic music.

Once in Porretta Terme, the Mercato dell’Appennino Tosco-Emiliano (market of the Tuscan-Emilian Apennine) and the cooking shows will provide delicacies tastings and samples, in cooperation with the Slow Food Association and the Strada dei Vini e dei Sapori dell’Appennino Bolognese (way of wine and taste of Bolognese Apennine). As its soundtrack, a wide musical offer recalling the life and letters of John Cage, with a special focus on electronic music.

Package travels will be at disposal for overnight stays: enjoy the show at best!