The Apenninic mountains hide some details that the common passenger doesn’t recognize. Looking closely, these features witness a major fragment of the human history on these valleys.

The “mummie” (mummies, or “marcolfe” as they are called in the Frignano area nearby Modena’s mountain side) are one of the oldest symbols of the Tuscan-Emilian Apennine.
These faces carved in the exterior walls of houses and buildings, claim their origins in ancient Celtic culture, according to which the human head was one of the most important parts of the human being. In it were the knowledge and the virtues. Also, the Celts was also known for the custom of decapitating the enemies and hanging their heads out of their houses. Time passed and the decapitation have been softened in the sculpture, though raw, of stone heads.

But what exactly did they serve? Their function was to drive out evil spirits from the building. For this reason, they were made with stern expressions and terrifying traits, able to frighten the evil and to protect the domestic enviroment. They are thus recognized properly as true apotropaic masks because they were sculptures with the ability to divert negative influences from their spaces and from the family.
Obviously the faces we find today are not pre-Christian finds, but many of them date back to the early 1400s and in some cases to 1200. However, the populations continued this very ancient tradition over the centuries, and it still continue – though timidly – to our days. 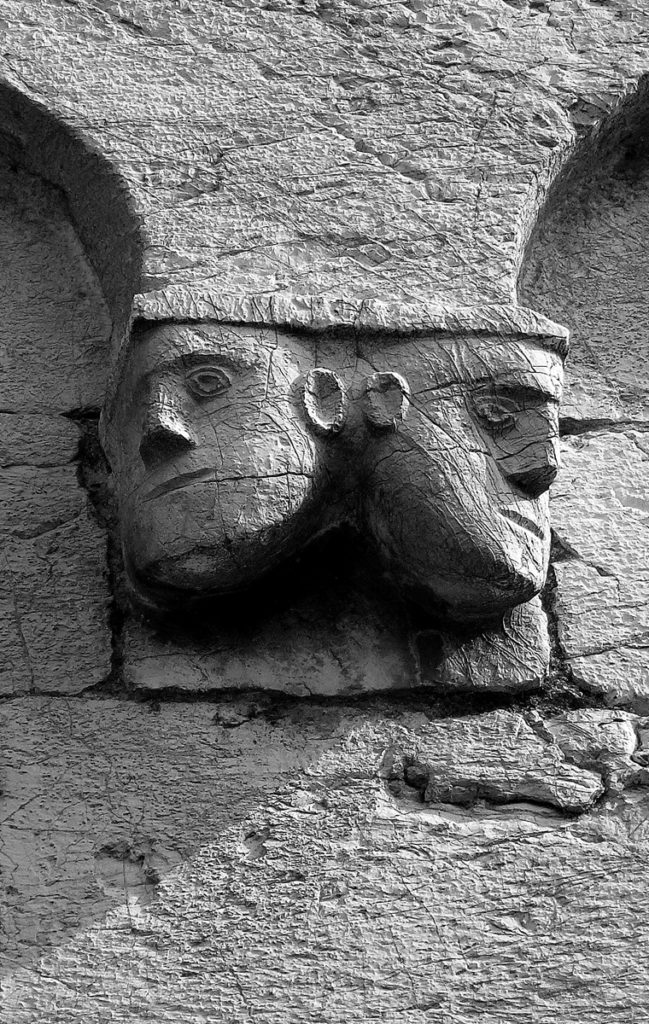 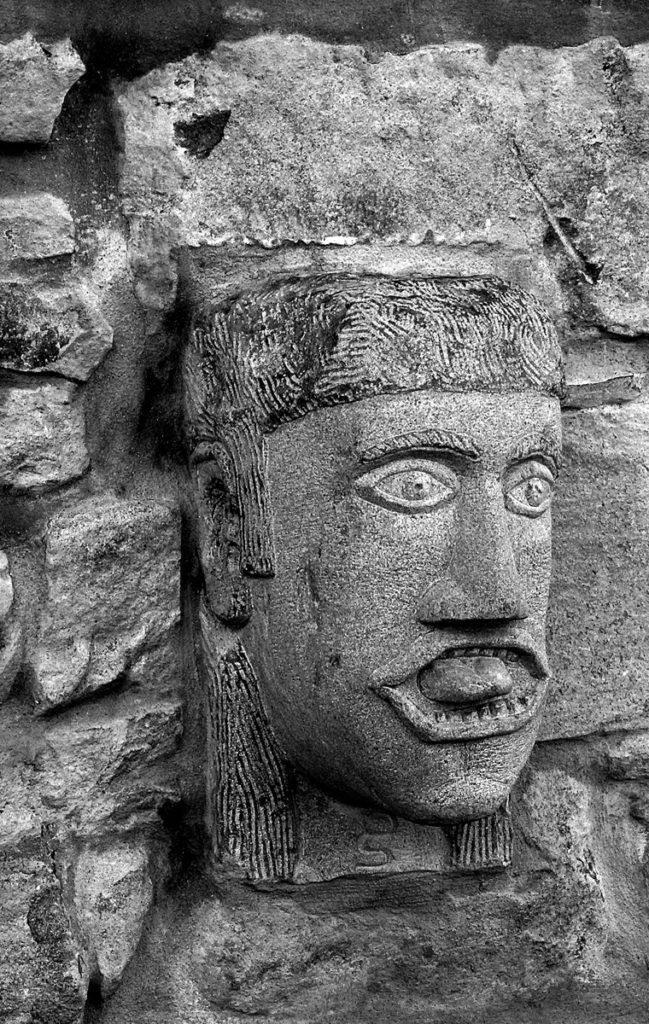 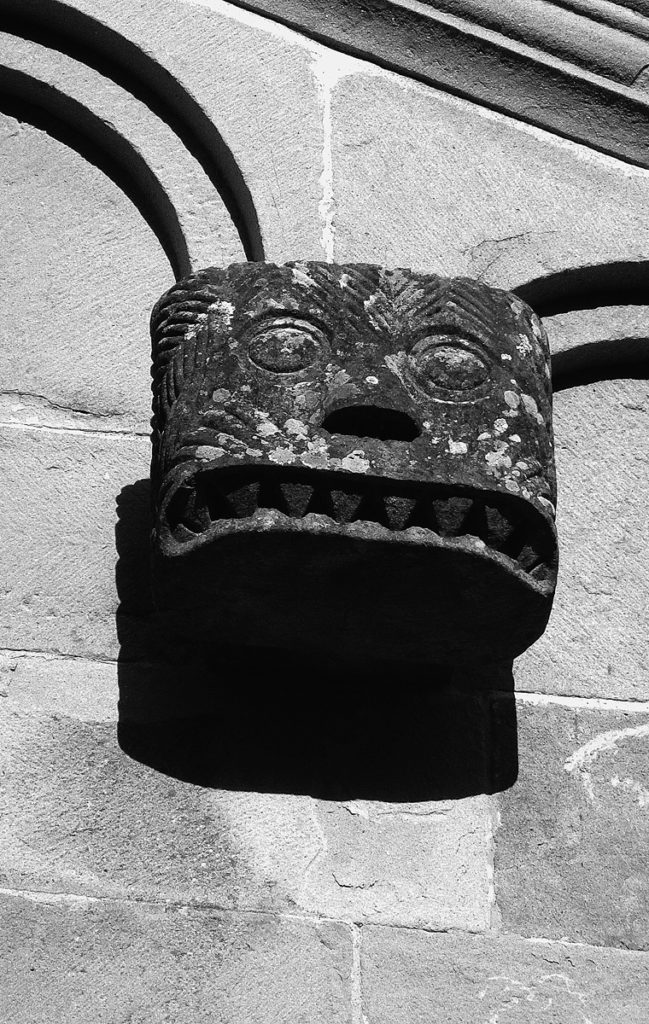 “Apotropaiche” is the title of the photographic exhibition set in the Natura Center of via degli Albari 4 in Bologna and curated by Francesco Galli, a professional photographer who allows us to discover this ancient tradition more closely. The exhibition also boasts the collaboration of Alessandra Biagi researcher of the association from Vidiciatico (BO) Gruppo Studi Capotauro, which has already treated the stone-mask topic in her book “Faces of Stone. Catalog of “belvederian mummies” (Gli scritturini del Rugletto, Lizzano in Belvedere, 2008, pp222. We strongly recommend this amazing reading.

Based on studies and research, Francesco Galli has traveled around the Apennine area, finding wonderful examples of these stone guards. His black and white shots bring us back to an ancient dimension of the sacred world and to the ways people adopted to relate theirselves to the unknown.

In addition, someone will also remember the old tales of our grandparents, when they urged their grandchildren to slap the “faccioni“ (big faces) like a ritual to exorcise and defy the evil.

The exhibition is free-entry and will be open until December 3rd. A great opportunity to learn about a little-known page in our mountain history.