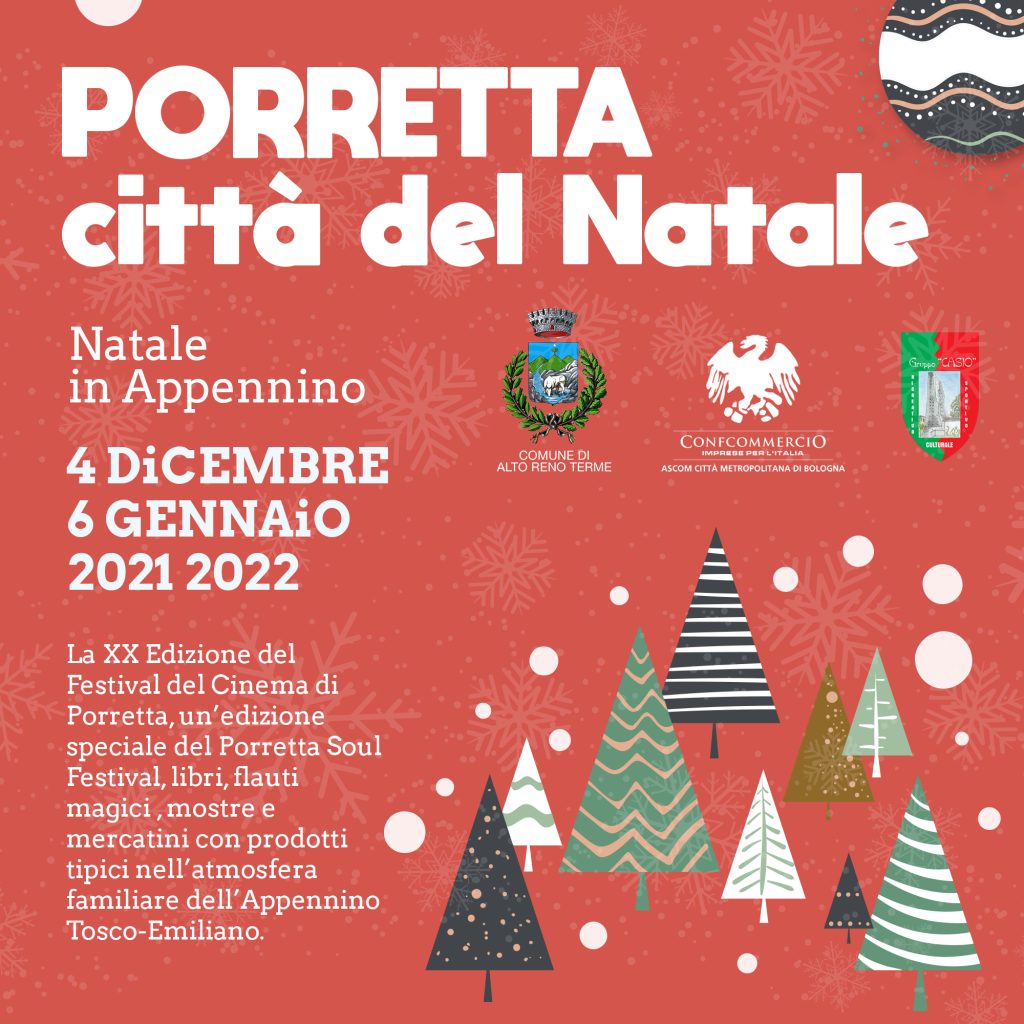 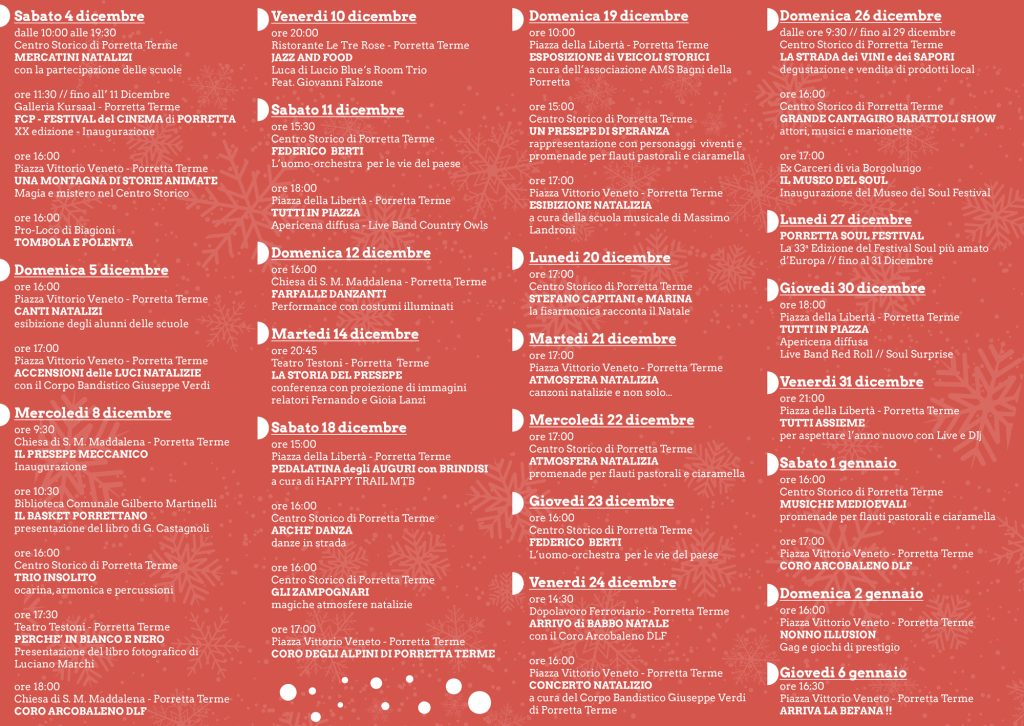 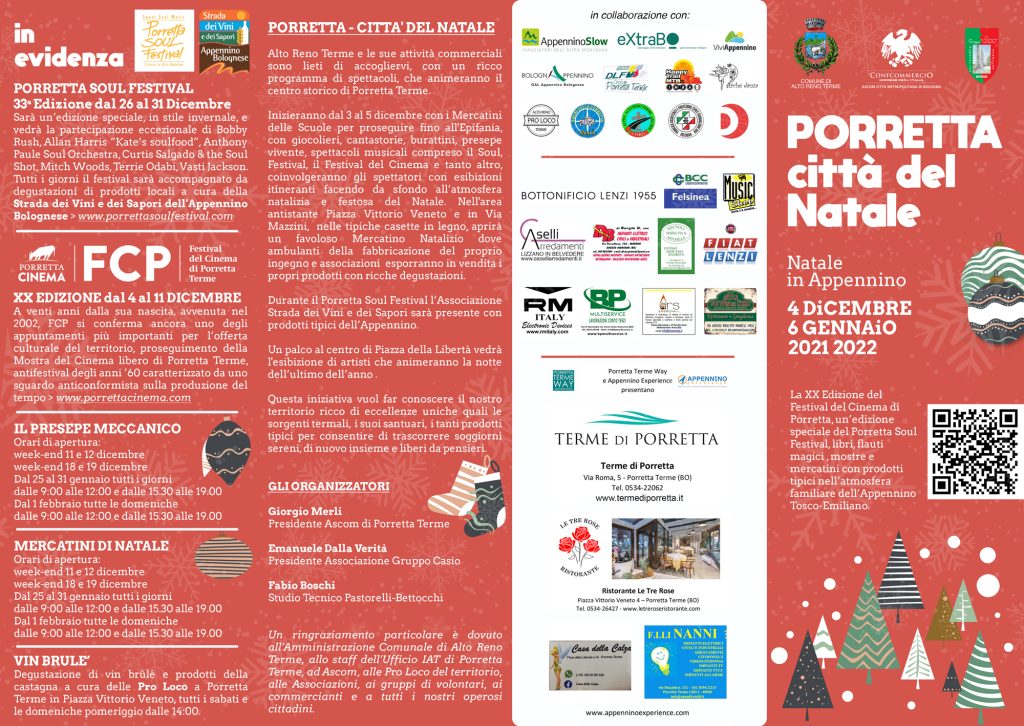 Alto Reno Terme and its commercial activities are pleased to welcome you, with a rich program of shows, which will animate the historic center of Porretta Terme. They will start from 3 to 5 December with the School Markets to continue until Epiphany, with jugglers, storytellers, puppets, living nativity scenes, musical performances including the Soul, Festival, the Film Festival and much more, they will involve spectators with itinerant performances as a backdrop to the festive and festive atmosphere of Christmas. In the area in front of Piazza Vittorio Veneto and in Via Mazzini, in the typical wooden houses, a fabulous Christmas market will open where street vendors of their own ingenuity and associations will exhibit their products for sale with rich tastings. During the Porretta Soul Festival, the Strada dei Vini e dei Sapori Association will be present with typical products of the Apennines. A stage in the center of Piazza della Libertà will see the performance of artists who will animate the last night of the year. This initiative aims to make known our territory rich in unique excellences such as thermal springs, its sanctuaries, the many typical products to allow you to spend peaceful stays, together again and free from thoughts.

PORRETTA TERME CINEMA FESTIVAL  XX EDITION
from 4th to 11th DECEMBER Twenty years after its birth, which took place in 2002, FCP is still confirmed as one of the most important events for the cultural offer of the territory, a continuation of the Porretta Terme Free Film Festival, antifestival of the 1960s characterized by an unconventional look at the production of the time > www.porrettacinema.com