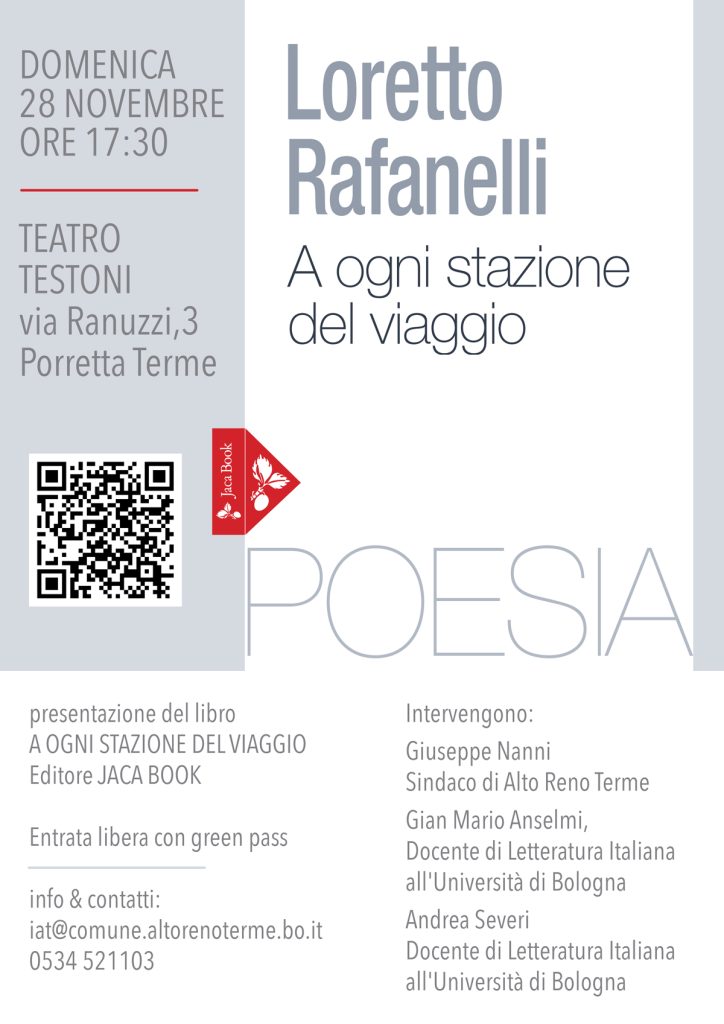 Eight years on from the previous one, the new collection of poems by Loretto Rafanelli still reveals a courageous and far-reaching poetic research, marked by inner depth, spiritual impulses, linguistic preciousness and richness of themes. Poetry that, between telluric ribs and relaxed trends, contemplates intimate topics, mute and faded memories, “gazes” at multiform landscapes, which can be defined as places of the soul, reflections on the daily news, which in these pages is transformed into universal language. Poems in which the compassionate and compassionate sense of the poet and his empathy towards people who have suffered the tragedy of violence and exclusion are recognized, so much so that, for his poetry, there has been talk of “civil lyricism” and “dramaturgy civil”.

LORETTO RAFANELLI was born in Porretta Terme (BO). He has published the following books of poetry: The boundaries of the Face, Forum, 1987, and, at Jaca Book, The silence of names (2002), The time of waiting (2007), The distance index (2013). He has won, among others, the prizes: Gozzano, Metauro, Cassola. He has also published plays, essays, reviews and poetic translations. He is Artistic Director of the National Water Festival in Porretta Terme.