Opening with Francesco Guccini on Thursday 4 November at 5.30 pm at the Porretta Terme public library.

“Non so che viso avesse…” is the name of the exhibition featuring Francesco Guccini portrayed by 80 cartoonists from all over the world which will open on Thursday 4 November at 17:30 in the presence of Guccini himself, set up at the Public Library of Porretta Terme (BO) where it will remain until 26 November. The exhibition, which features caricatures created by artists from all over the world, was curated by Gianandrea Bianchi, patron of the “World Humor Awards“, Guido De Maria, director, television author and cartoonist, and Leonardo Cannistrà, third place in 2020 at the “World Humor Awards” and a great fan of Guccini to whom he dedicated numerous drawings including the one chosen as the poster of the event. 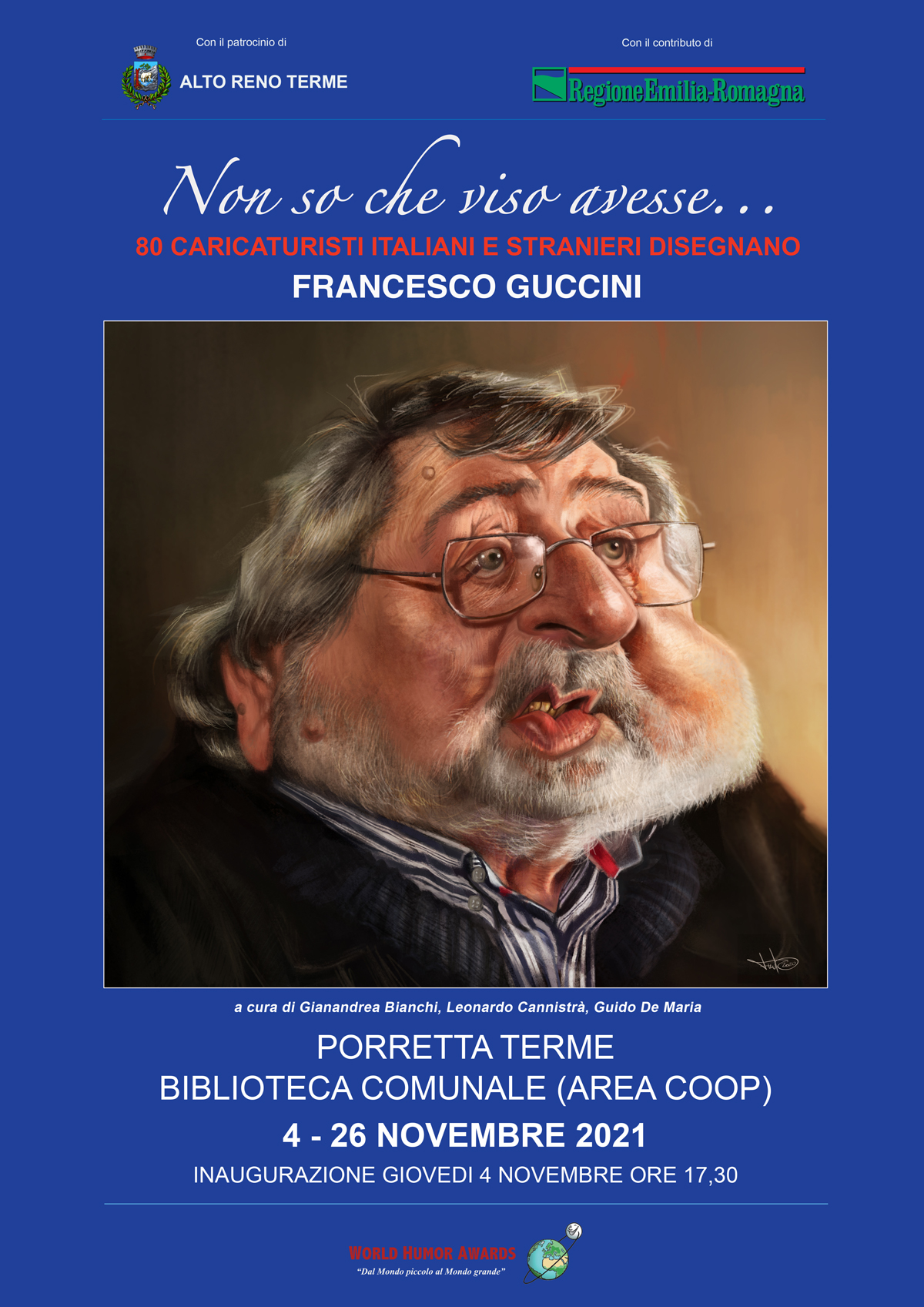 The exhibition, which has obtained the patronage of the Municipality of Alto Reno Terme and the contribution of the Emilia-Romagna Region, displays over 80 caricatures made by artists from all continents who, at the invitation of his colleague Cannistrà, have depicted Guccini in their own way. The famous author of songs such as “Auschwitz” and “Eskimo”, now an appreciated writer who lives a few kilometers from Porretta, in Pavana, between Emilia and Tuscany, is interpreted by the amused distorting lens of many Italian and foreign caricaturists , which each represent him with his own style and personality. “Non so che viso avesse…”, the opening of the famous song “La Locomotiva” and the name of a book by Francesco Guccini a few years ago, is one of the traveling exhibitions created by international humor event “World Humor Awards” now in its sixth edition.

The exib will be open to the public from 5 to 26 November during the opening hours of the Porretta Library: Tuesday, Wednesday and Friday in the afternoon from 2:30 pm to 6:30 pm, while Thursday and Saturday in the morning from 9:00 am to 1:00 pm. Access reserved for schools on Friday mornings from 9:00 to 12:30.

A Green Pass certificate is mandatory. 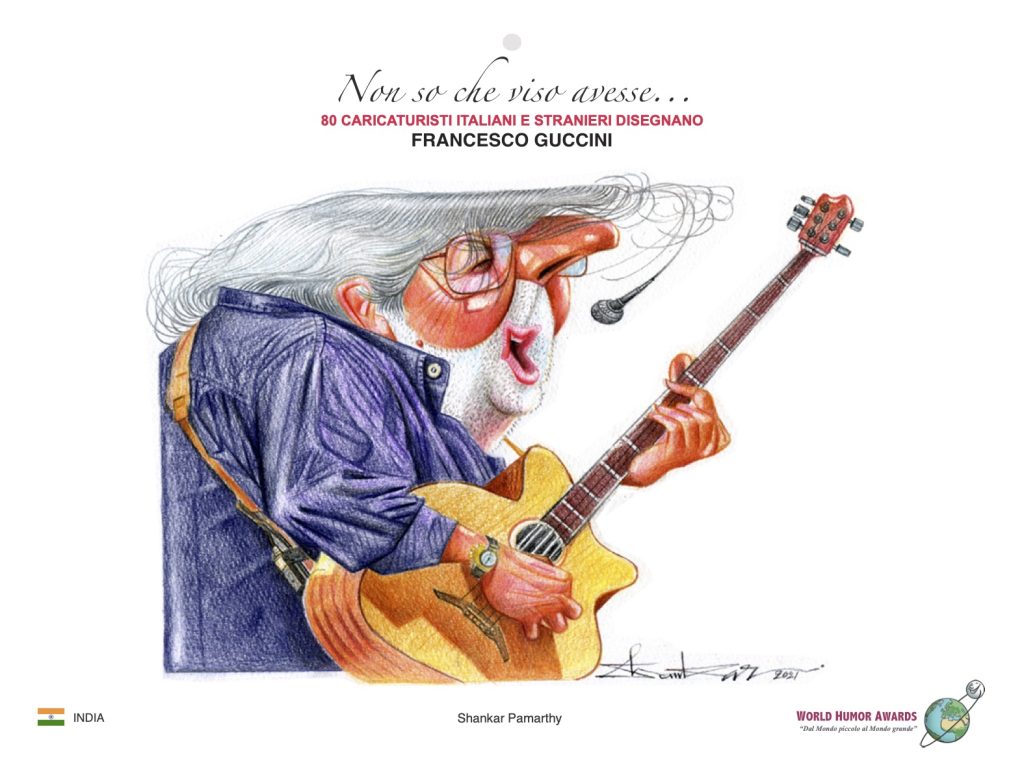 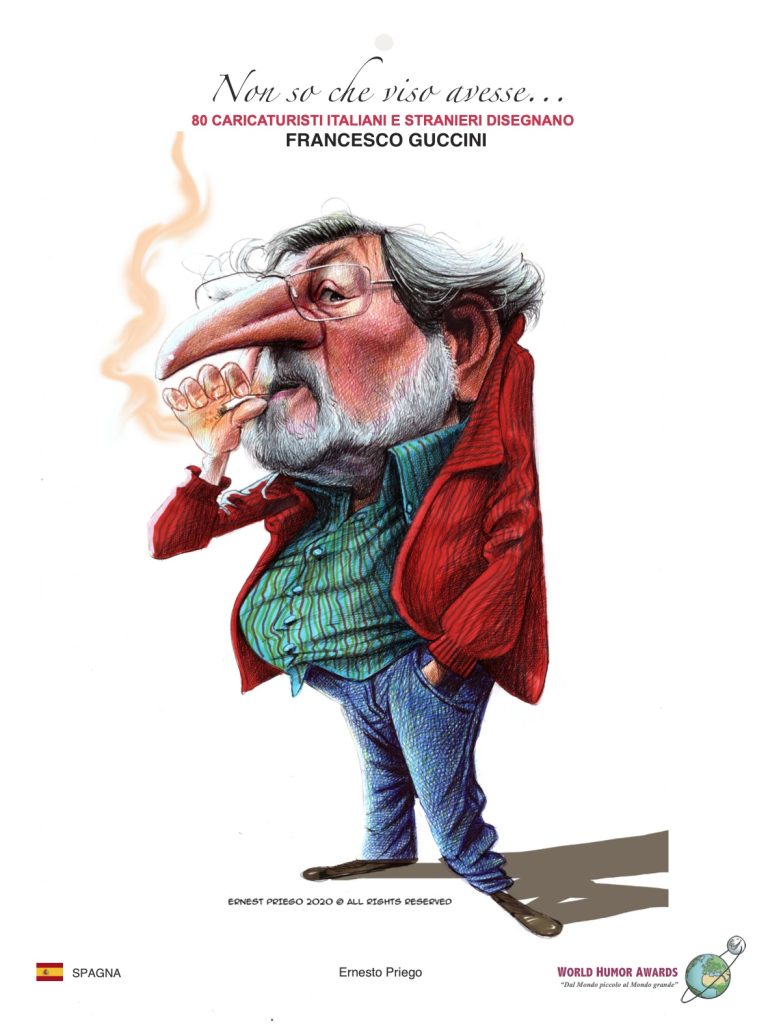