Agosto 7th, 9 pm at  Rufus Thomas Park the second annual event of the classical music festival will take place, edited by the Santa Maria Maddalena Association and VOX VITAE Cultural Association in close collaboration and support with the Municipality of Alto Reno Terme and the Proloco of Porretta Terme. 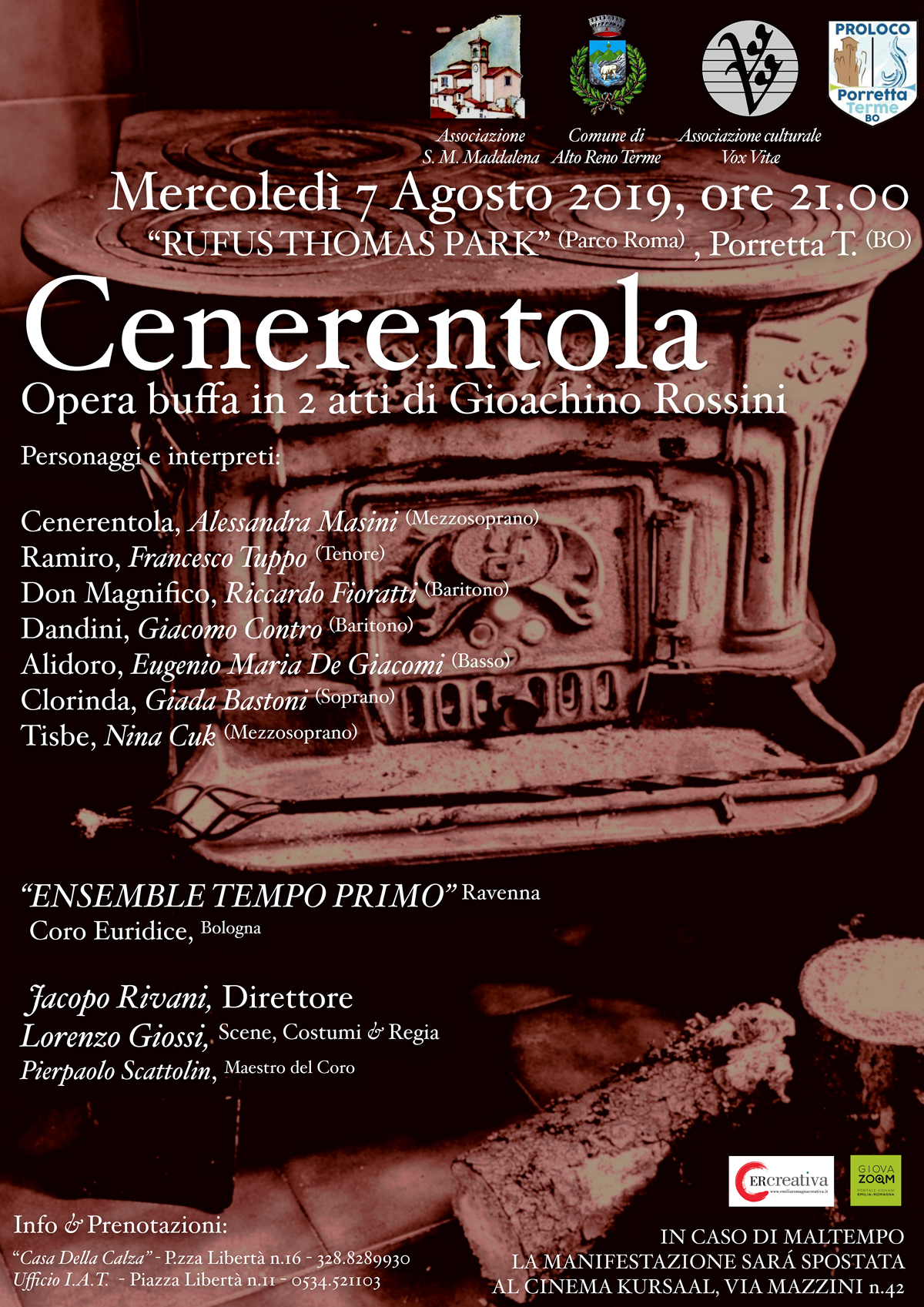 The Direction, the scenes and the costumes are designed by Lorenzo Giossi who presented the work as follows:

One of the most loved stories, the most magical ever, as it is touching and reflective. The subtitle “goodness in triumph” offers us the opportunity to witness the attempt of each character to rise socially, sometimes even in a grotesque way, but perhaps for this reason close to us. Rossini’s magic, able to make us smile even in front of serious themes, will transform a simple and poor kitchen according to each situation. The great miracle arises from humility, not without difficulty.