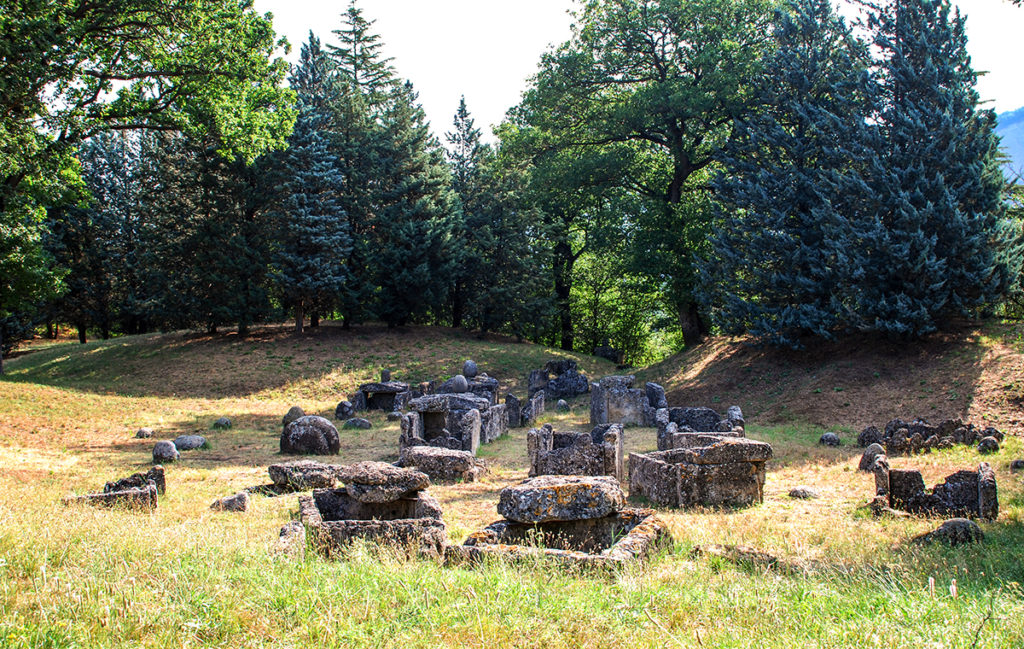 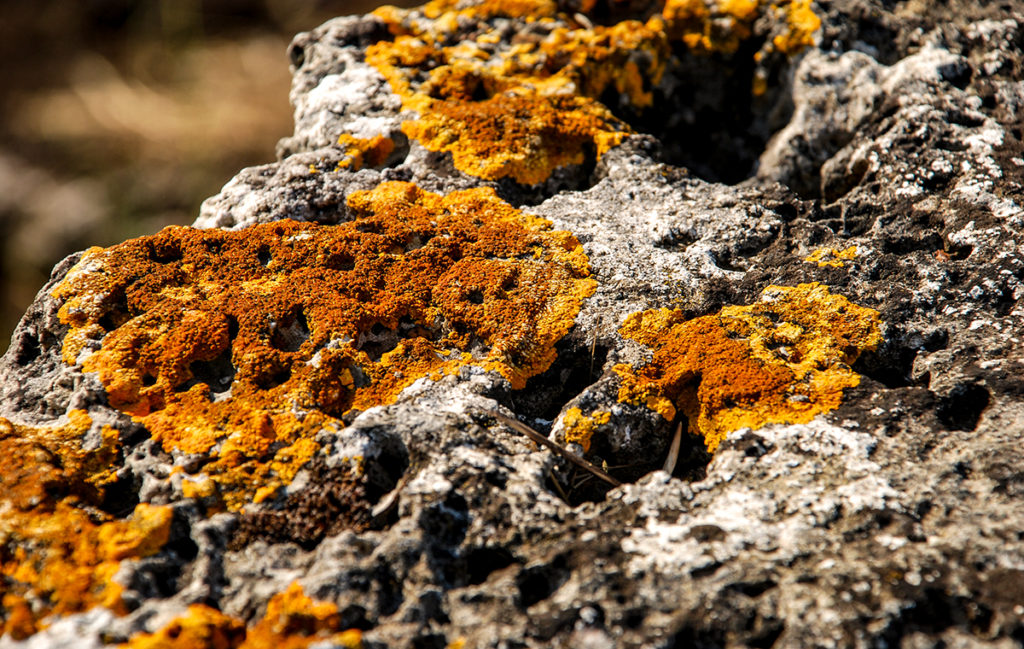 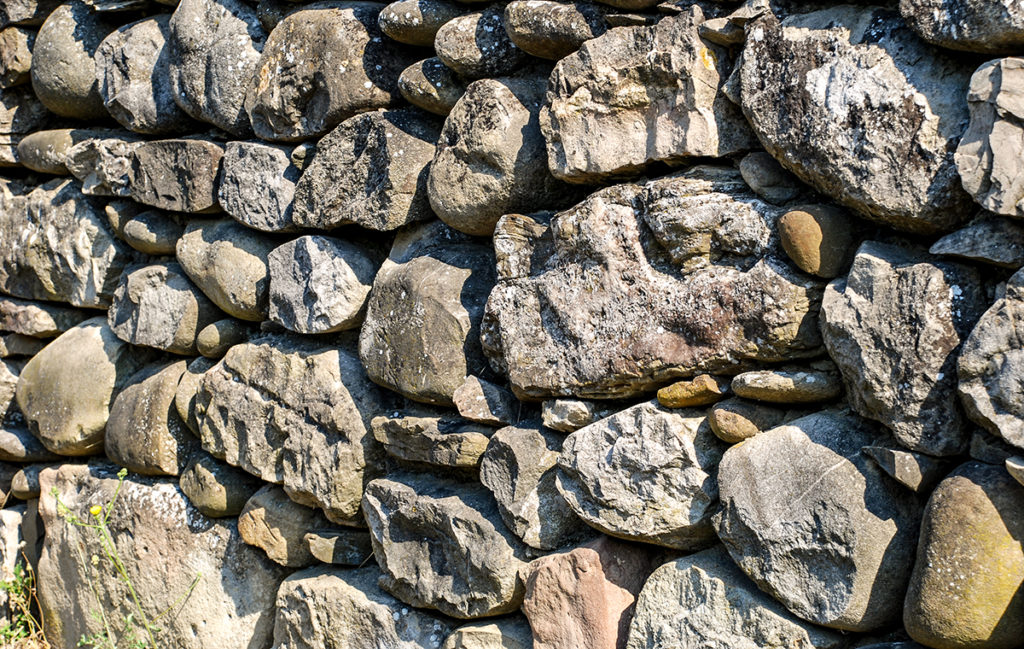 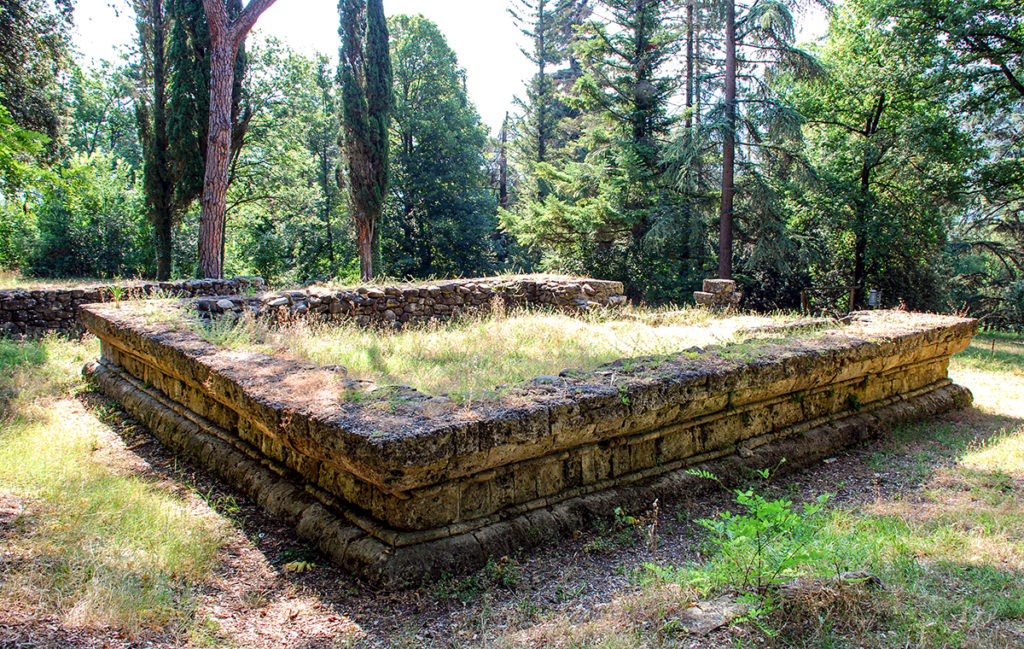 Near Marzabotto,  about 30 kms from Porretta Terme along the road leading to Bologna, on the Porrettana road, there are the remains of the ancient Etruscan town of Misa.

This discovery was found in the second half of 1800 and until the beginning it aroused wonder all around the world. We remain amazed by the regularity of its ortagonal plant, by the vast net of waterworks and by the division of the varied residential and handcraft districts with particular regard to the work of metals and ceramics production. This city had also its temples in the Acropoli and in its two Necropolis.

The discovery of the town of Misa in its total ampleness, gave, partly, concreteness to the legendary existence of a league of the twelve cities north of the Appennino.

If a dodecapoli existed it had to be there also its Sacred Mountain where the Lucumonis or Princeps had their meeting to take the most important decisions.