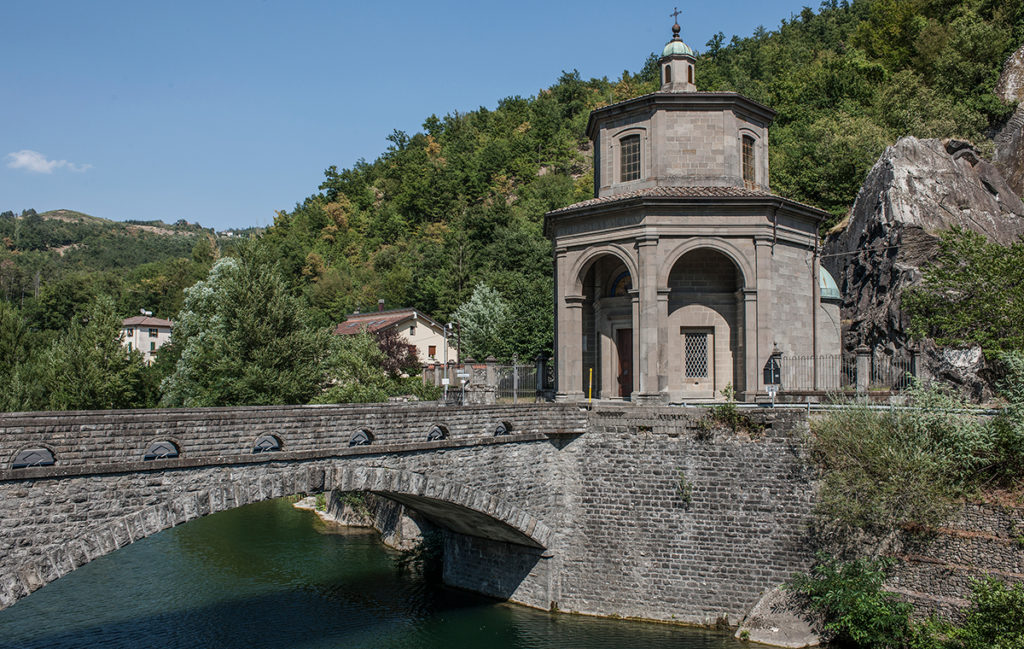 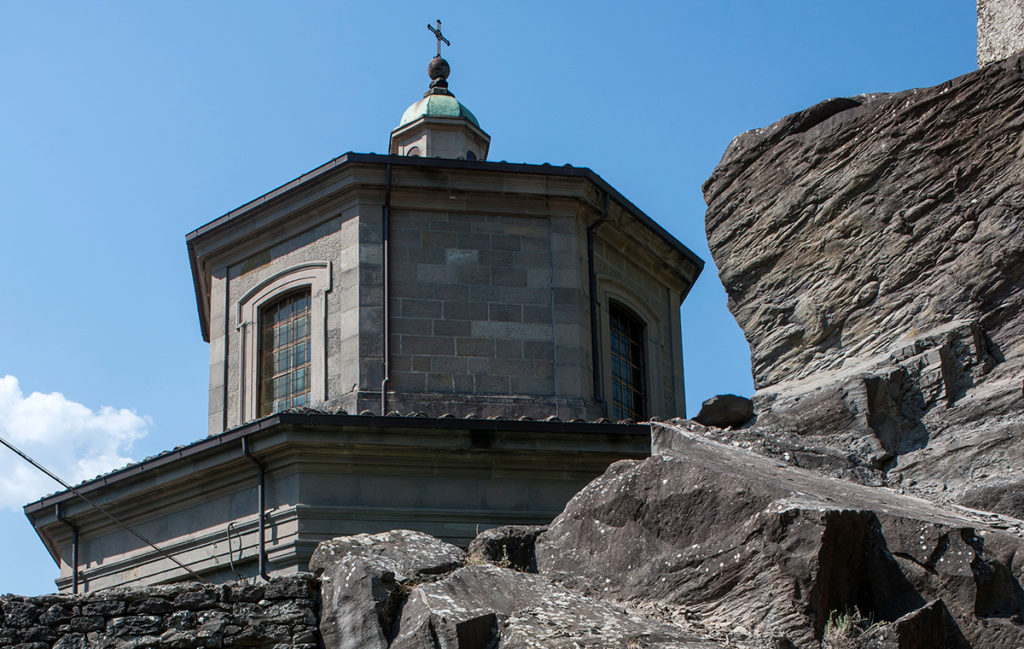 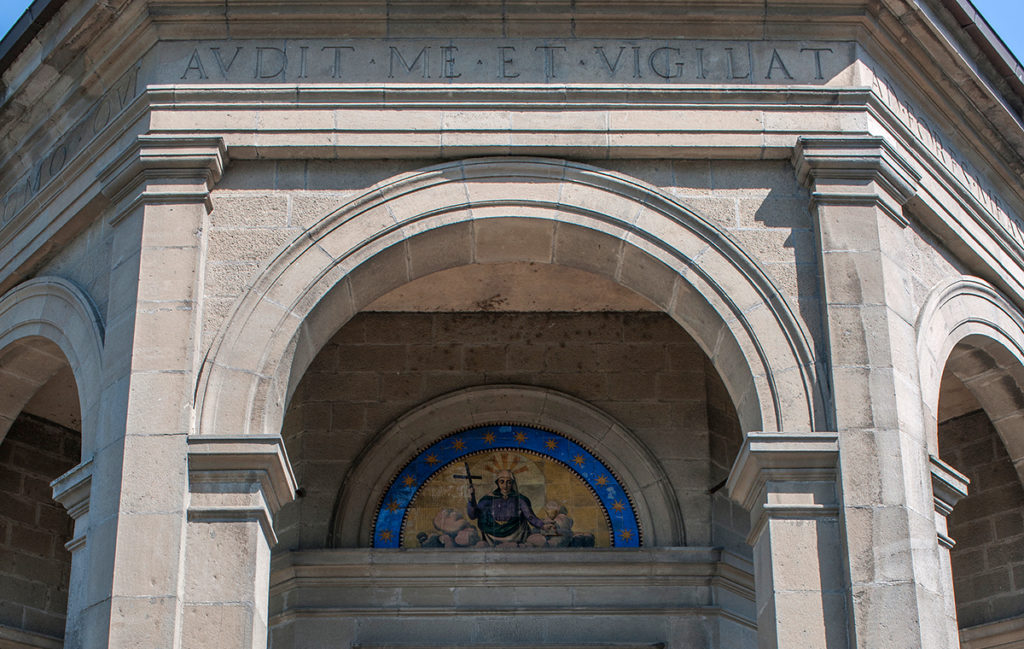 The origins of the Sanctuary date back to the mid-sixteenth century, when a picture of the Virgin was painted on a rock and protected by a primeval shelter. Between 1578 and 1585 a small oratory was built using the alms collected by the faithfuls. In the seventeenth century numerous miracles were attributed to Mary’s intercession and many ex-voto were made.

In 1599 the bridge leading to the Sanctuary collapsed causing no damage to people.

The reconstruction was promoted by the Conte della Porretta Marcantonio Ranuzzi and was realized with the contribution of the Municipalities of Bagni della Porretta for two thirds and Granaglione for a third.

Still today, the plaque is visible on the side of the Sanctuary as a testimony. In 1613, as the rock image was in precarious conditions, a new one was commissioned to the flemish painter Ferdinando Berti. In the second half of the nineteenth century the Sanctuary was rebuilt in the shape we see it today, according to the design of the architect Saverio Bianchi from Rome. The ceiling temperas were painted by Alessandro Guardassoni, while the chiaroscuro decorations were painted by Luigi Samoggia.

In 1956, while in Porretta the “Centro Nazionale Cestistico Femminile” was established, inside the sanctuary was erected, by Achille Baratti and the Italian Basketball Federation, the “Sacrario del Cestista” a chapel dedicated to the Holy Protector of the Basketball players.

On the 29th July of the same year, sixty torchbearers brought a votive lamp from San Luca Sanctuary in Bologna to Porretta Terme. Today, in collaboration with the Parish Council and the the Italian Basketball Federation, Madonna del Ponte is officially declared Patron of Italian Basketball Players.

The sanctuary of the Madonna del Ponte is located in Porretta Terme, along the road leading to Ponte della Venturina and Pistoia, reachable through the homonym bridge over the Reno river. It is officiated by the Parish Council of Santa Maria Maddalena of Porretta Terme.