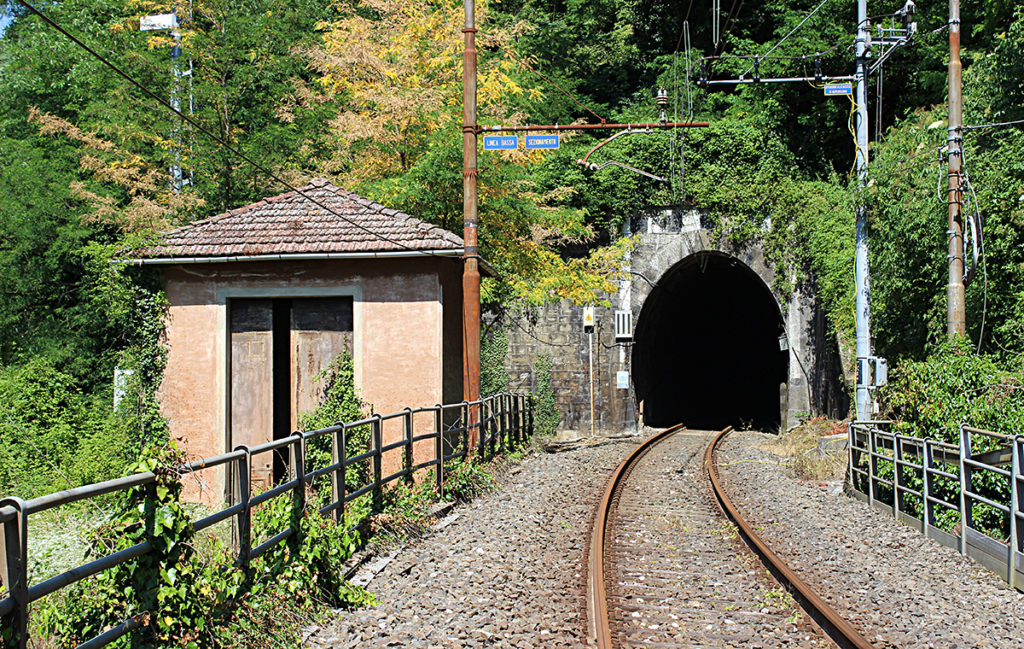 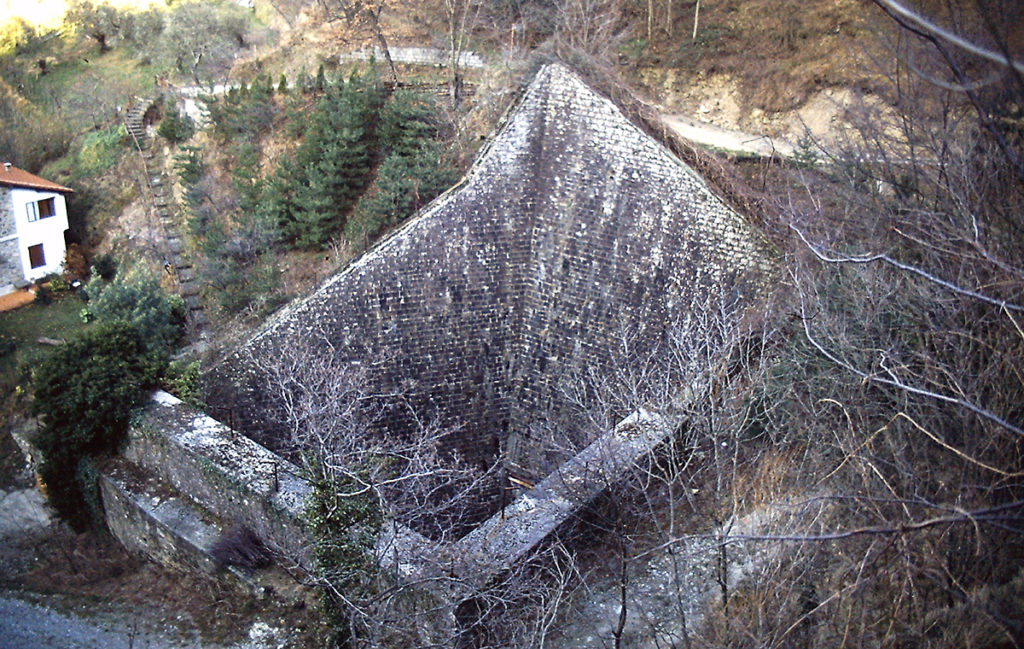 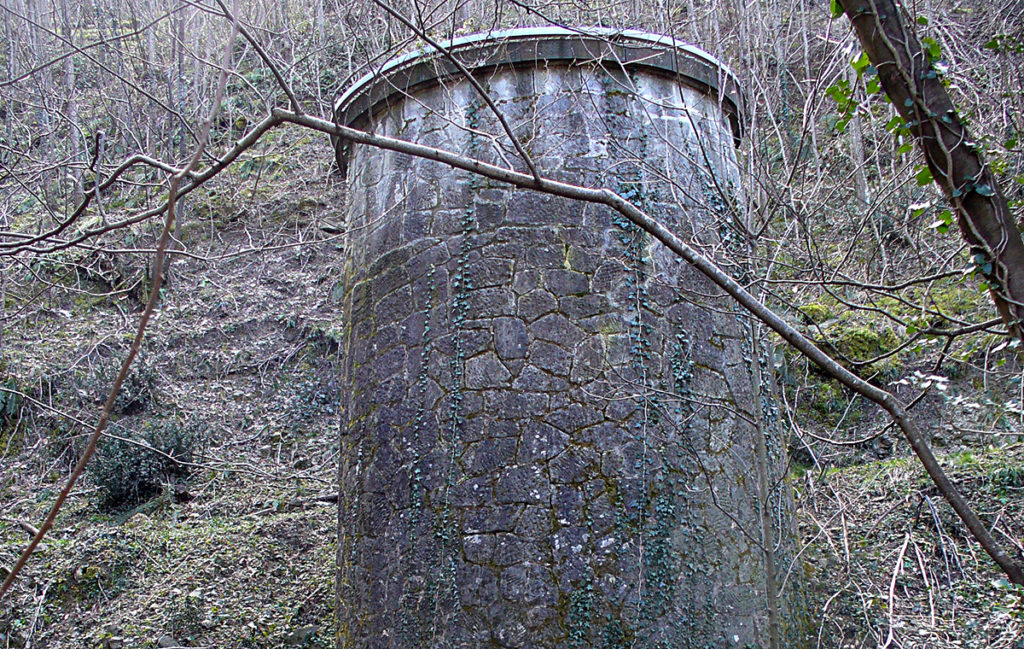 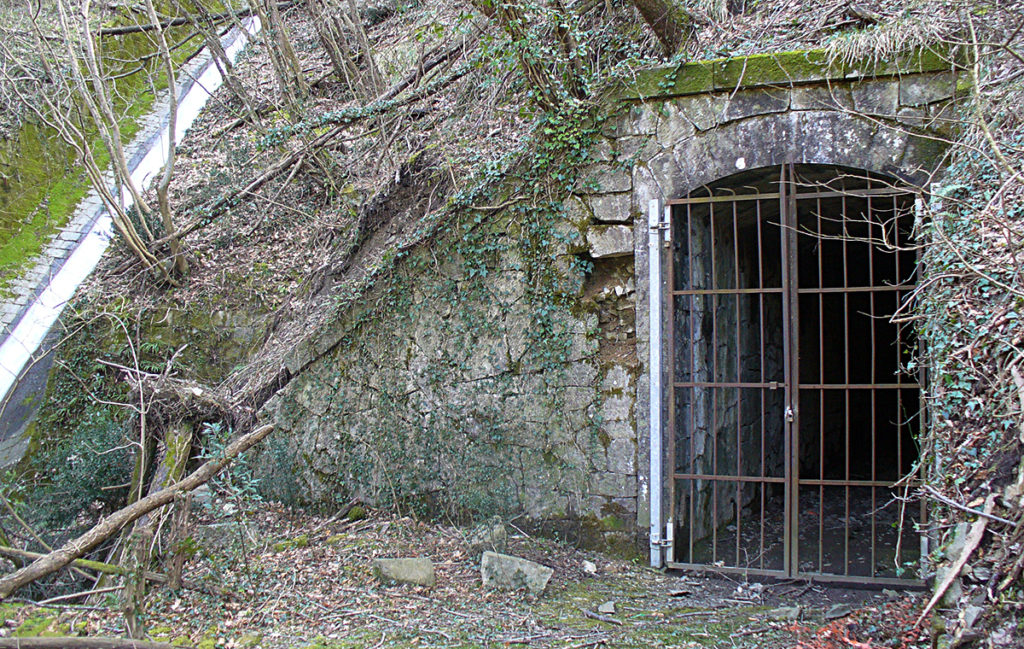 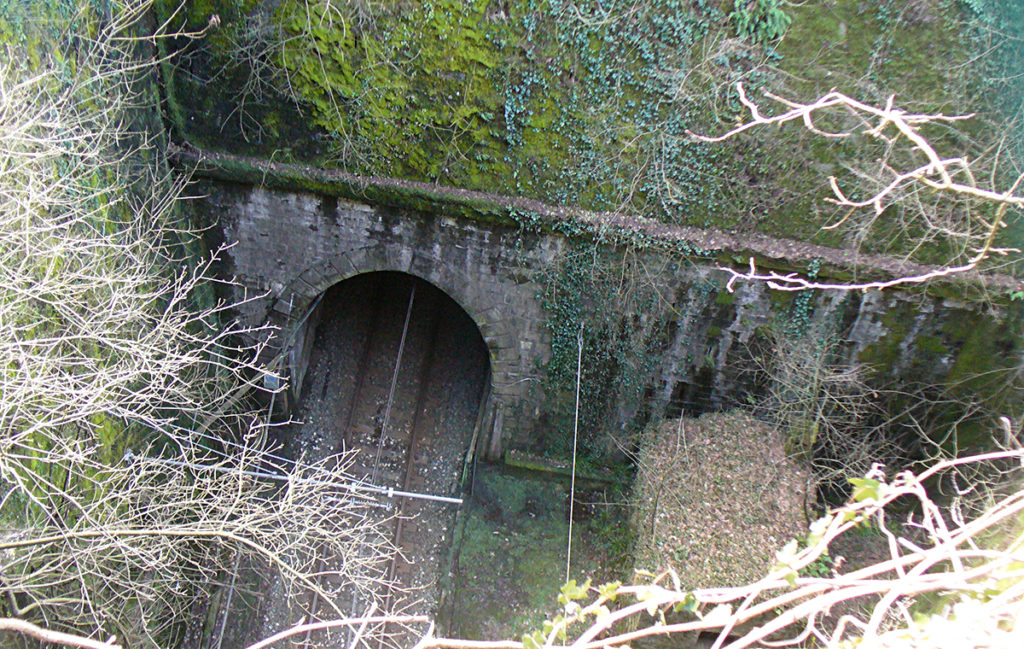 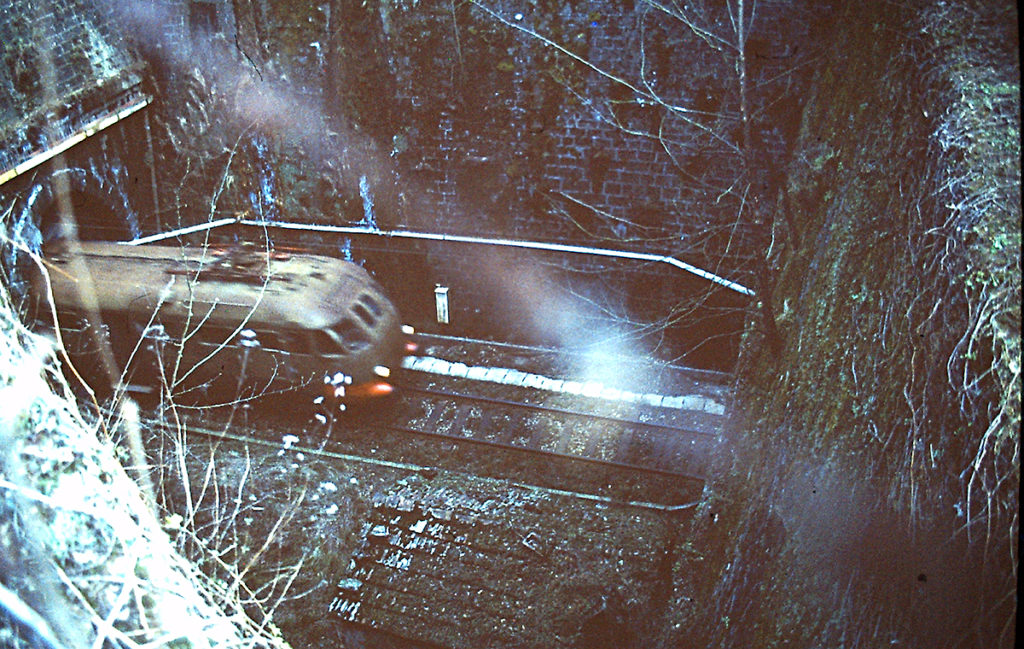 The Piteccio spiral tunnel is a masterpiece in the Porrettana railway.
It is the third longest tunnel on this span (right behind the Appennino tunnel, 2.727 m long, and the Pian di Casale tunnel, 2.622 m). It evolves in a turn and counter-turn, shaping a sort of ìSî, steadily ascending by 23â towards Bologna.

Geographic location: the tunnel starts at km 45+309, at the southern entrance near the Piteccio train station, and ends in 1.750 m at km 47+059, northern entrance near Fabbiana. It is inaccurate to say the tunnel is one: after the trenches in Castagno and Vignacci were dug in 1881, the tunnel was divided in three segments, intercalated by these 20m wide and 30m deep open slits

Project and engineering: the Piteccio tunnel was designed and build in the second half of the XIX century. It is an actual evidence of industrial archaeology, preserved and used to this day. To overcome the difference in height in a few km span, the tunnel is an engineering solution which would have been adopted for the building of ramps and helical tunnels of San Gottardo in the following years.

Structural evolution (three segments, fans, electrification): in the first years after the inauguration of the railway several problems surfaced, only partially solved in subsequent years. First and foremost, the smoke of the steam locomotives stagnated inside the tunnel. As the tunnel ends were oriented toward the same direction as an effect of the semi-helical shape, the wind blew in both entrances at the same time, pushing the smoke farther inside the tunnel rather than outside, as happens in rectilinear tunnels. For this same reason the tunnel was divided in three segments by digging the mountain in two spots until reaching the tunnel walls, 30 meters underneath. The engineers had thought these gaps to work as chimneys: nonetheless their solution proved inadequate. Therefore a fan was built at the southern entrance to push clean air in the gallery. But once the clean air reached the first chimney, it blew up with the smoke, leaving the smoke stagnate in the other two segments. So the tunnel continuity was restored, covering the gaps with metal sheets. This adjustment made the air cleaning by fanning more effective: it lasted until 1927, when the smoke problem ceased as the tracks were electrified and the metal sheets were removed.

The hydraulic tunnel in Vignacci and the underlying 30m stairs to the guard house: the hydraulic tunnel deviating the river Castagno is still visible to the present day. The river streamed at the exact spot where the Vignacci trench was dug. A deviation was thus necessary and then containment walls, drainages and artificial tunnels were built where the water could flow and reach its natural riverbed downstream the gap.
In the Vignacci trench a tiny house where the guard was accommodated is still visible, wrapped by the moss which covers the vertical walls of the trench. Down there, at a depth of 30 meters underground, the sun rarely shines. A stone stair runs along a wall, descending from the surface to the tracks. The stair doesnít exist anymore, but an oblique hint where once the steps were lodged can still be seen.
Travelling by train today, inside the Piteccio tunnel, the careful traveler will cross twice for a fleeting moment a shed of natural light. Looking up from the train window, the sky can be seen. These two sky shreds correspond to the Vignacci and Castagno trenches. They witness a glorious past that, thanks to these intact masterpiece, after 154 years, we can still tell today.