Sulphurous and salsobromoiodine waters gush from the springs of Porretta Terme, with features that make them exceptional. These are waters in which the concentration of elements, indispensable for the proper functioning of our organism, is particularly high.

Once upon a time, Sulfur wandered in the woods.
His bright yellow shade and his strong scent drew a lot of curiosity. 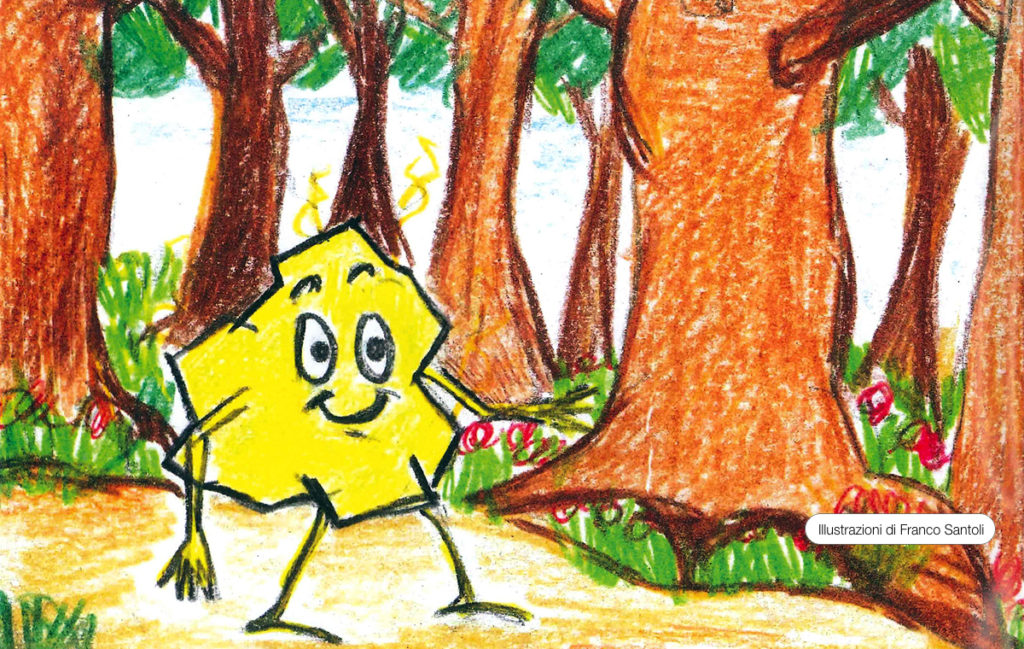 The boar thought he was a juicy root, the blackbird thought he was a nutritious bite and humans mistook him for a rare and mouthwatering mushroom. He needed to give explanations all the time: “I am not what you are looking for… Look at me carefully!”. 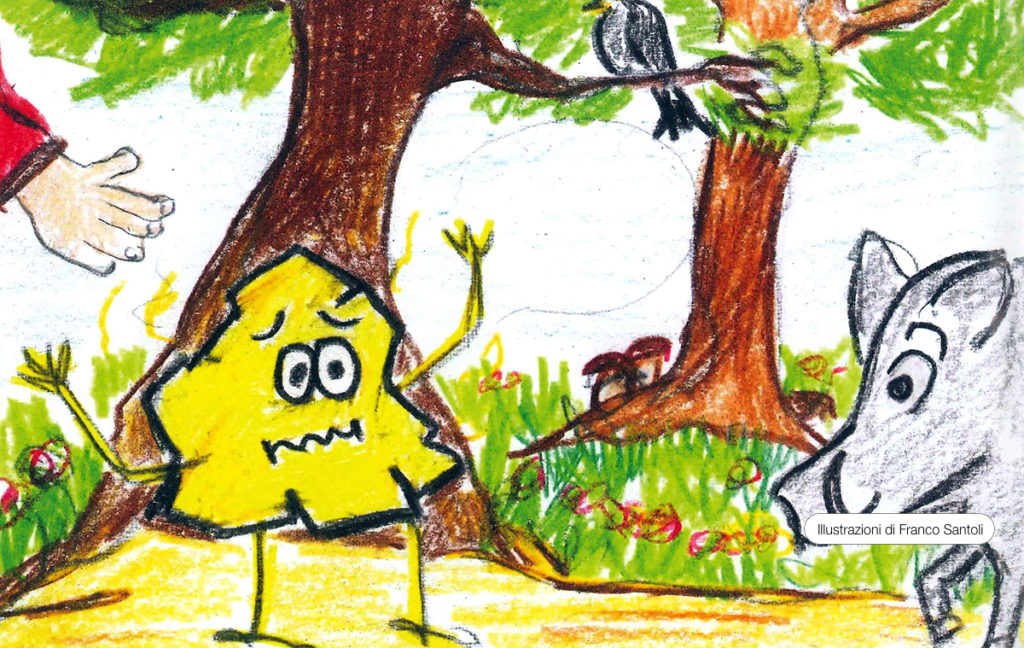 One afternoon, Sulfur ventured on an unknown path and saw a green field and a shiny creek, surrounded by many scented flowers that drew his attention. 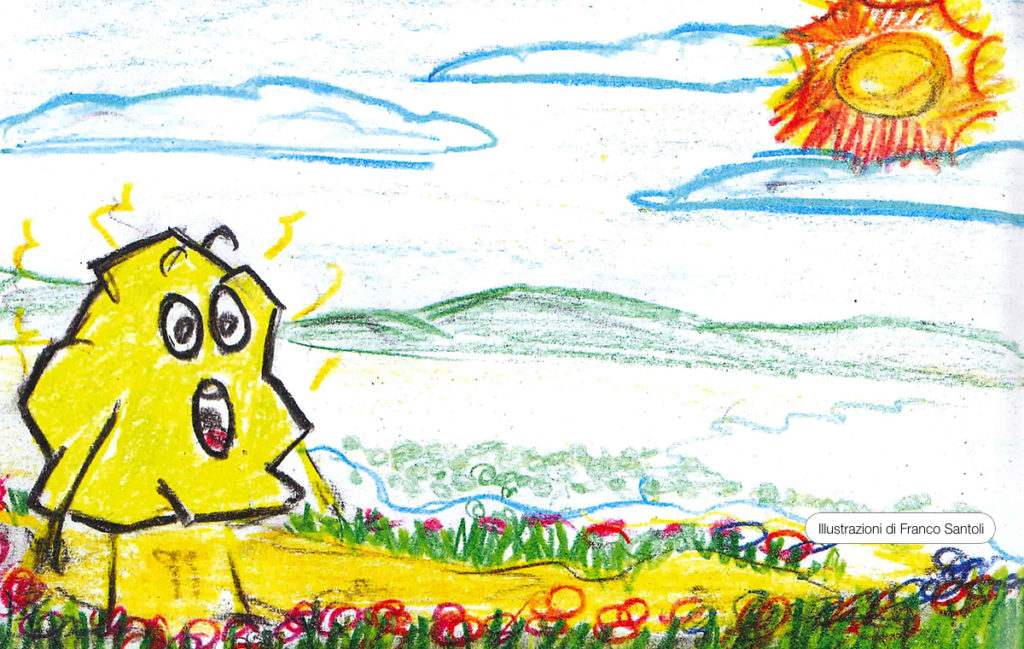 As he moved forward through plants and flowers he noticed that he was losing his colour. He went on, attracted by the sound of water, and sought a spot nearby to rest for he was tired from the journey. 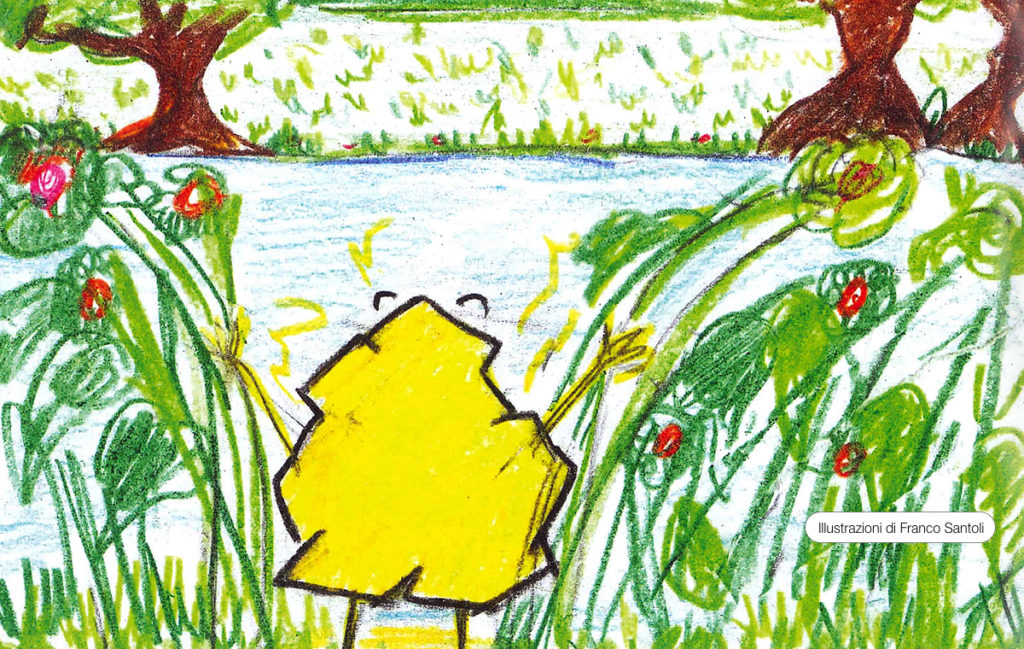 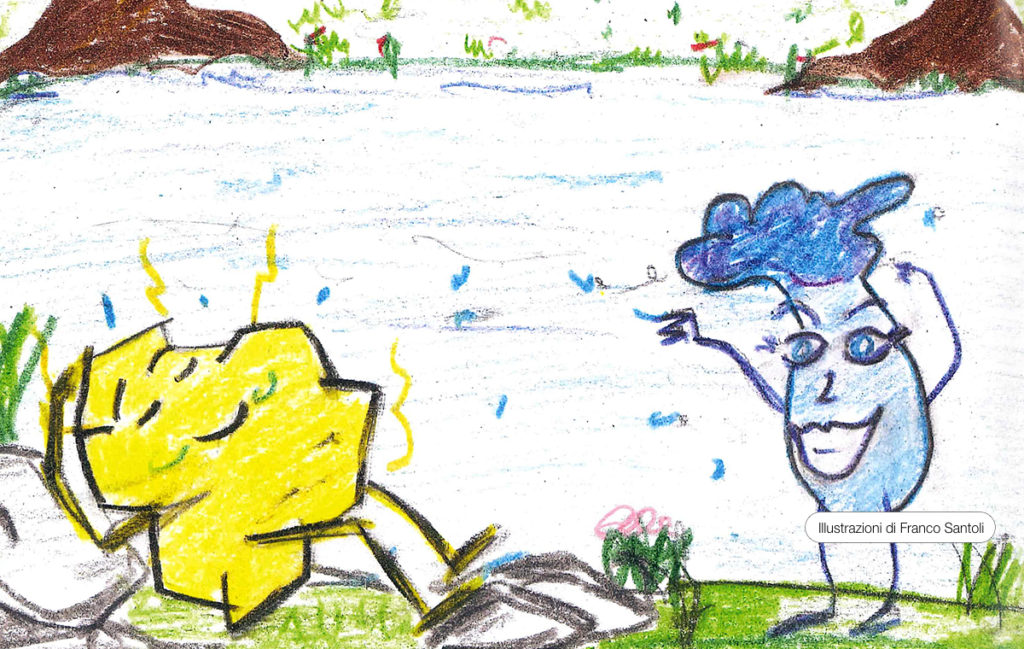 For the first time, Sulfur was wanted, welcomed and well-liked. He smiled at Aqua and Aqua looked charmed back at him. They joined their hands and never left. 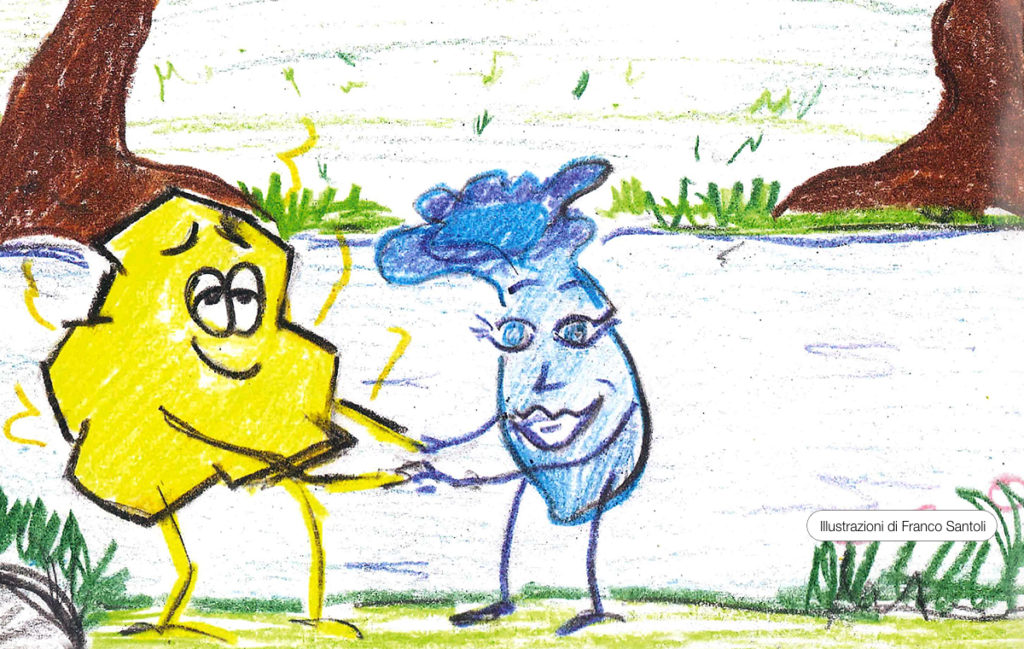 One day, many years later, a sick ox wandered close to the creek. Attracted by its peculiar smell, with some suspicion he drank its water and healed. 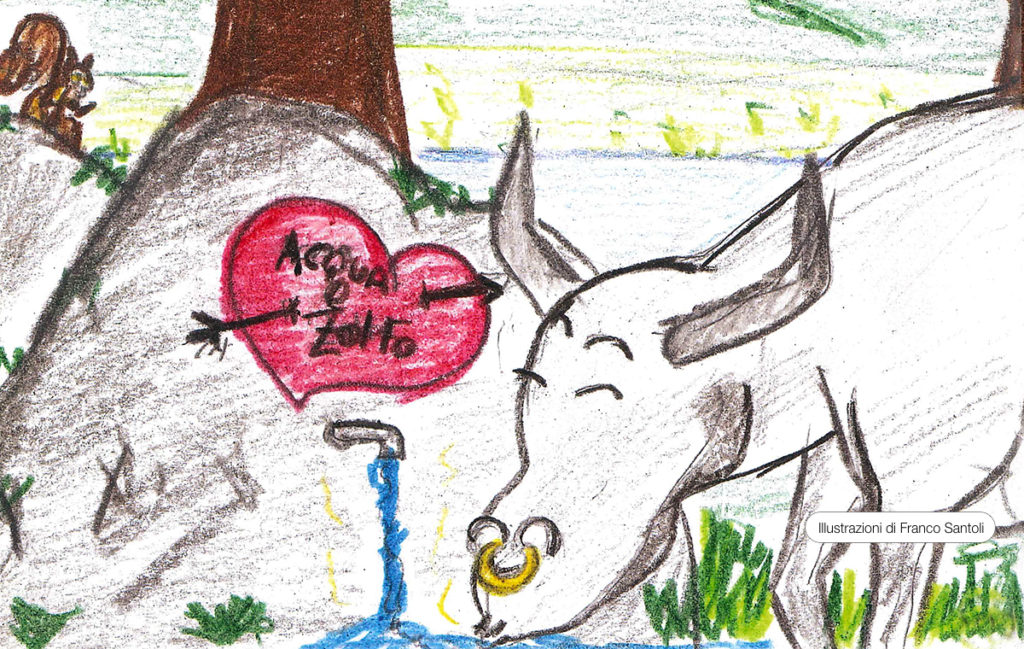 Soon humans became aware of the benefits granted by the magic water spring generated by the union of Sulfur and Aqua. Now, children, what about a glass of thermal water? 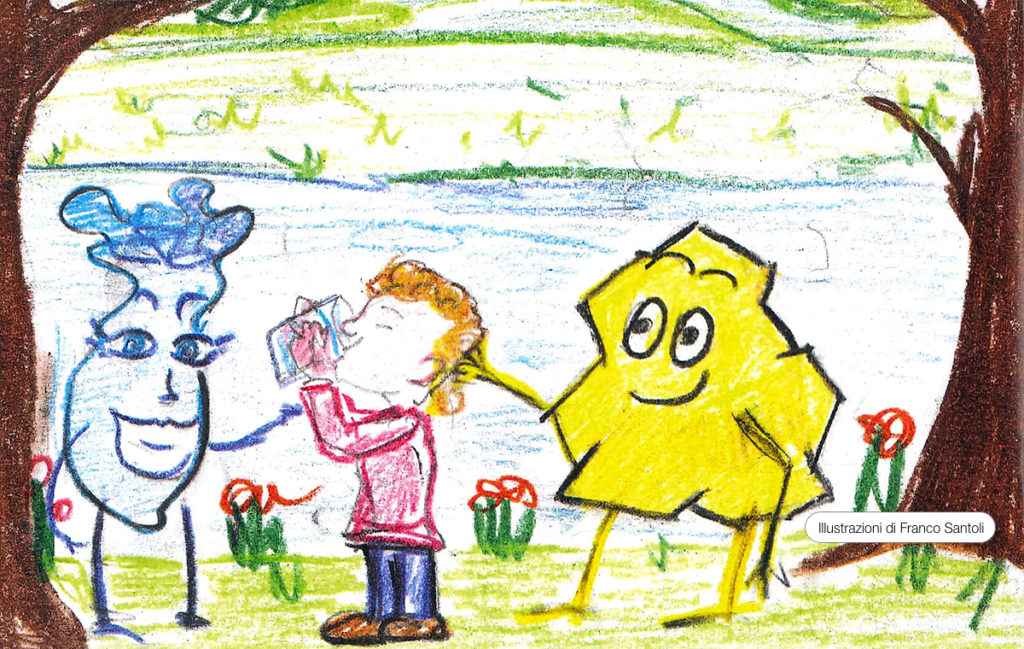 Oh, by the way… And everybody lived happily and healthily ever after! 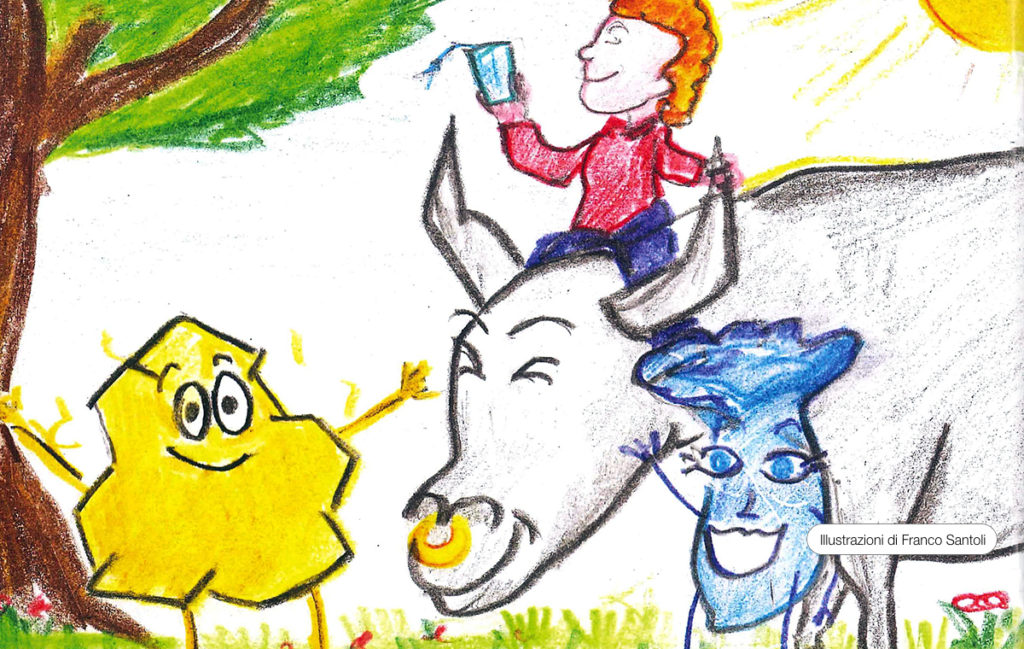