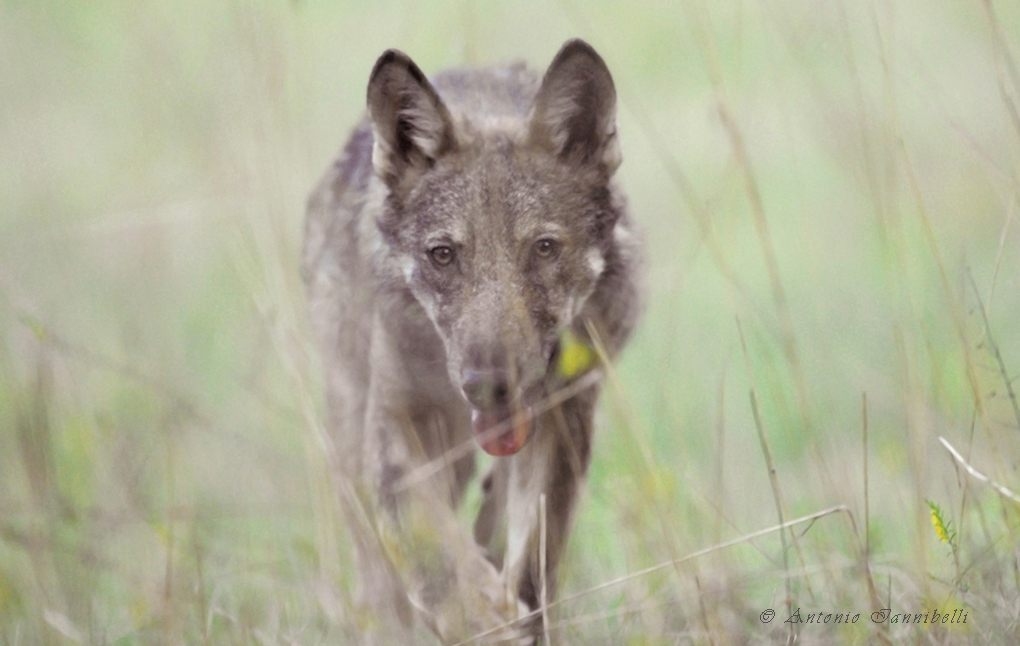 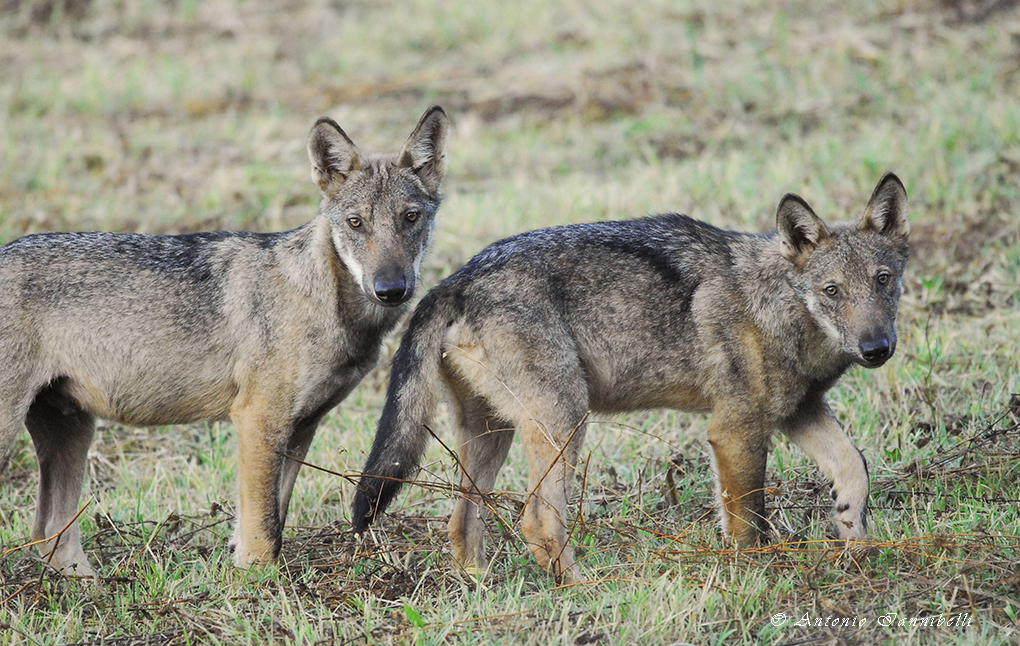 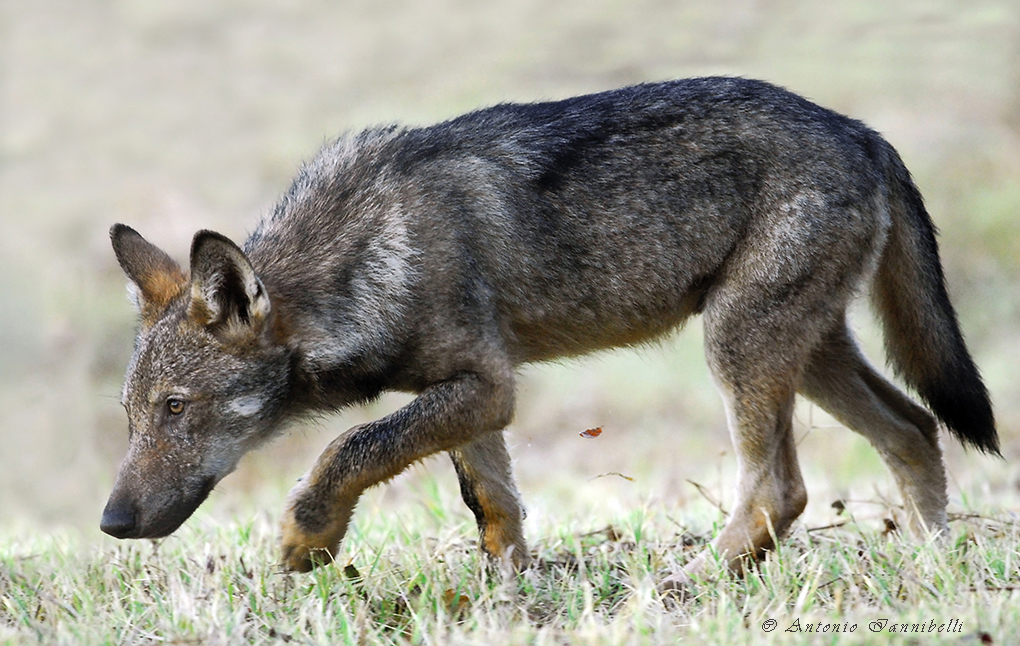 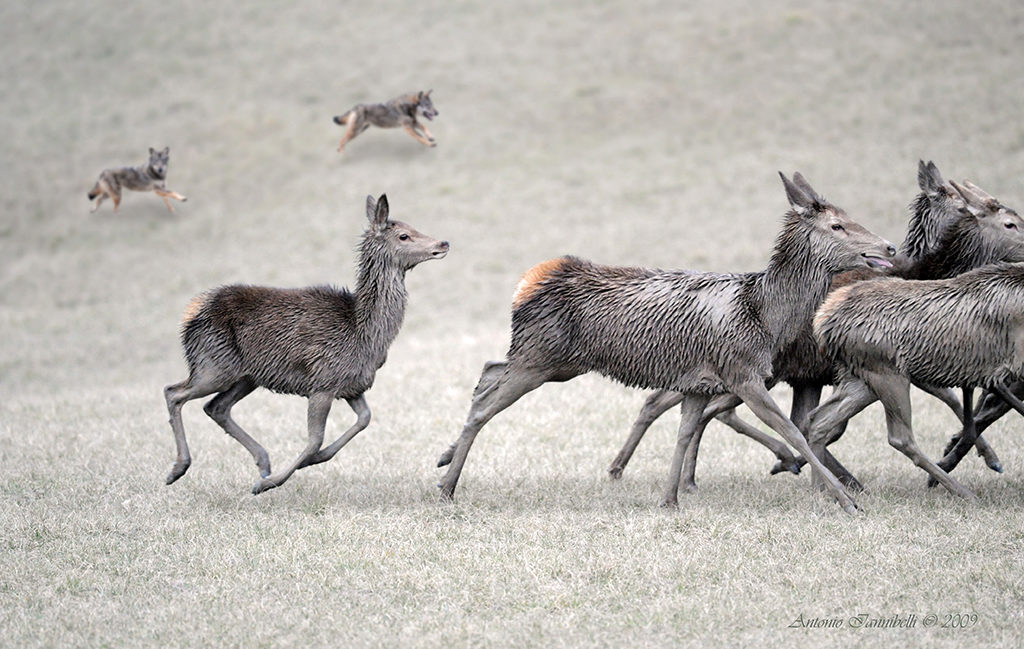 The Bolognese Apennine is the first area in the province to have been reinstated by wolves. The natural tendency of our ridges to wildlife has been confirmed in 1990, as the recover of a dead female wolf in the Causso river provided the first evidence of their presence.

An incredible revival: just over a hundred in the whole Peninsula in the ‘60s and ‘70s, these predators have slowly made their way to the entire Apennine mountain chain. Such result has been made possible by the combination of mountain depopulation, introduction of wolves’ natural preys (as hunter’s wild game, mostly boars and roe deer), awareness and protection campaigns.

Indirect human influence so far: no direct action has ever been undertaken in Italy. Wolves’ biology itself is to be held responsible: as flexible and opportunist predators, they can survive by feeding on food waste; as tireless walkers, they can tread hundreds kilometers to find a partner and a suitable territory.

The age at which wolves leave their parents, leaders of the native pack, and move to form their own family. Usually, only pack leaders reproduce and manage the group, structured according to a harsh yet mobile hierarchy – in fact, turnovers and changes in leadership are frequent enough.

Exceptions to the rule are countless – both up and downside of biology. From hierarchy to territories (ample, they depend on prey availability) to pack members (6 to 8 in average, yet packs of 12 members have been spotted). The only uncompromising thing is that no animal preys wolves. Then what limits them? Ecologically speaking, predators set their own boundaries: their number surely can’t raise endlessly – other than the elevate number of illegal killings, unfortunately.

As a matter of fact, this is the average life expectancy of wolves in Italy; in theory, wolves live about 9 to 10 years. The explanation is simple: the most frequent cause of death is illegal hunting (in Italy, wolves are a protected species since 1971), followed by car accidents.

The estimated worth of one wolf in the Yellowstone Natural Park. Dead? No: alive! Wolves as opportunities of development and employment: ecotourism is a valuable resource able to protect local culture and traditions, to promote a “slow” perspective, attentive to sustainable fruition of the territory.

A ravenous, tremendous scourge for hunting game and livestock or a sweet, idealized animal loved by children? Prevention, awareness, respect and information are at reach: wolves are predators crucial to ecosystems, an “umbrella-species” that beneficially influences the whole underlying food chain – a symbol able to mobilize to the defense of the environment the young and the old.