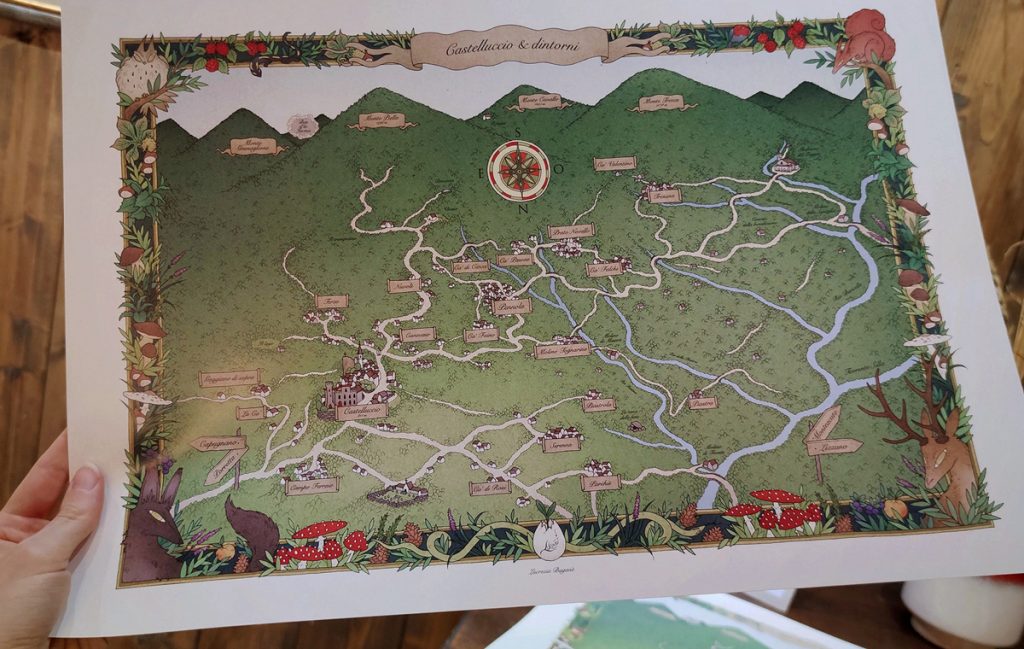 CASTELLUCCIO AND SURROUNDINGS by Lucrezia Buganè

“Each of us should draw a survivor’s map of our fields and pastures. So we cover the universe of drawings that we have lived. These drawings do not have to be exact, but they need to be written in accordance with the shapes of our inner landscapes.” Gaston Bachelard, 1958

For a long time I have wanted to represent the town of Castelluccio and the surrounding villages in the style of an ancient illustrated map. As long as I can remember, I have always had a great passion for maps, especially for the more primitive ones, of medieval influence, with hinted houses and distorted perspectives. Maps to get lost in, paradoxically.

I started working on this project at the end of 2019, ending it in 2021.
Over the past few months, I’ve been trying to figure out how to set up the map; what to include and what to exclude. As often happens, adding is very simple, while the most complex part of any project is removing, drying, synthesizing.

I had to deal with the space limits given by the sheet, its proportions and those of the area to be represented. Proportions that I absolutely wanted to respect, to give a reliable idea of ​​the distances between places.

After establishing the graphic project, which involved the insertion of a decorative frame with various animal and vegetable elements of the forest, I began to study the best way to arrange the villages, below the horizon broken by the four main mountains.

To do this, it was necessary to overturn all the geographical maps in my possession relating to this slice of the Apennines, since, in order to place the countries in the lower part and the mountains in the upper one, I had to consider the south at the top and the north down. 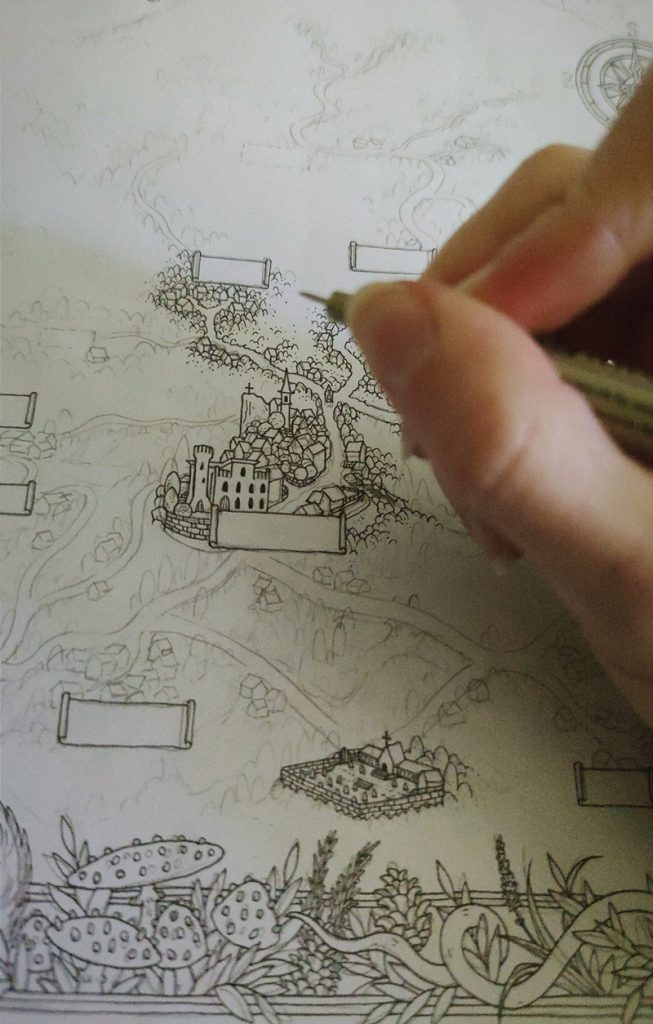 At first, I pondered to include the whole area from Porretta Terme to Monteacuto delle Alpi, but I soon realized that, wanting to represent each village graphically, and therefore without limiting myself to just indicating its name, it would have been a huge and painstaking job, as well as misleading. Therefore, I preferred to limit my range of action to an area much more limited to the focus of the project, namely Castelluccio.

The most complex part concerned the insertion of the main waterways, and the location of the points of greatest interest, as there is an abyss between reaching a place because we are used to the route, and knowing exactly where it is on a geographical map.

On top of that, the technical support of Maria Giovanna Serra and Alessandro Stefani was of fundamental importance, without whom I would not have known where to cross certain paths, or the names of some streams, or the coordinates of traditional places that do not exist on any other map. 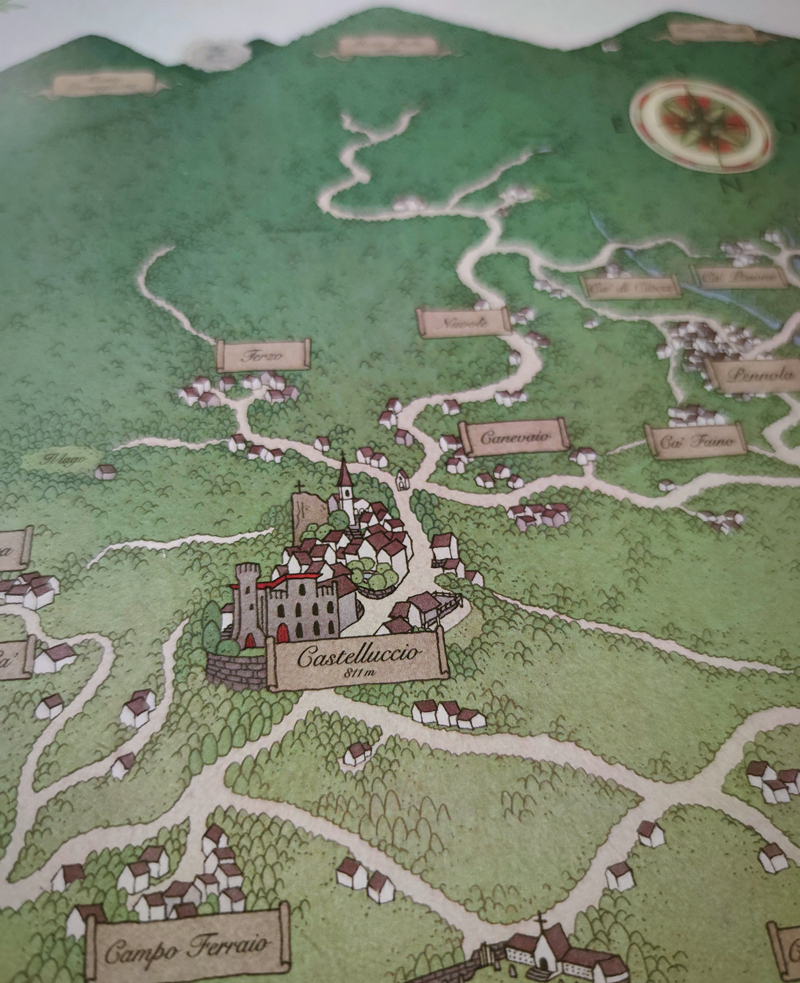 While my project could not and did not want to be based on topographical research, I also did not want it to be illusory or fictitious.

“A story is a map of a world, each person draws one that shows himself in the center.” Catherynne Valente, 2015

Lucrezia Buganè, under the pseudonym Lucrèce, is a cartoonist and illustrator.
Born in 1989, after having obtained a specialist degree in Comics Languages at the Academy of Fine Arts in Bologna, since 2014 he has published several titles with Mondadori, Il Battello a Vapore, Lavieri edizioni, Taita Press, BUP, Hop editions, Passenger Press and Minerva.