The second edition of the Porretta Prog Festival will be held on 6 – 7 – 8 August 2021, a three-day event dedicated to one of the most significant musical languages ​​born and developed in the sixties and seventies: Rock Progressive. Rock, classical music, jazz, blues, electronics, song form and the long suite converge in this musical world full of artistic genius and continuous evolution.

On August 6, on the 50th anniversary of the release of the album “L’omo”, one of the most important record publications of Italian Prog, OSANNA will take the stage and with them will be guests Jenny Sorrenti (Saint Just) and Gianni Leone (Ballet of Bronze). The Thotemic Altar, a Bolognese group, will open the evening.

The first international guests of the Festival will be the MAN (Wales) historical group, highly appreciated in the world for the FIRST TIME IN ITALY. Man will also perform on the stage on 7 August the same evening by the Italian formation ARTI & MESTIERI among the most popular in the prog universe.

On day 8 an Italian group among the most celebrated and famous: Claudio Simonetti’s GOBLIN, extraordinary protagonists of music with wide horizons that includes prog, jazz, metal and film soundtracks including the famous soundtrack to “Profondo Rosso” by Dario Argento. From Germany the second international group also for the FIRST TIME IN ITALY, the GURU GURU. Well known and loved by prog lovers all over the world, they are one of the founding bands of the genre. 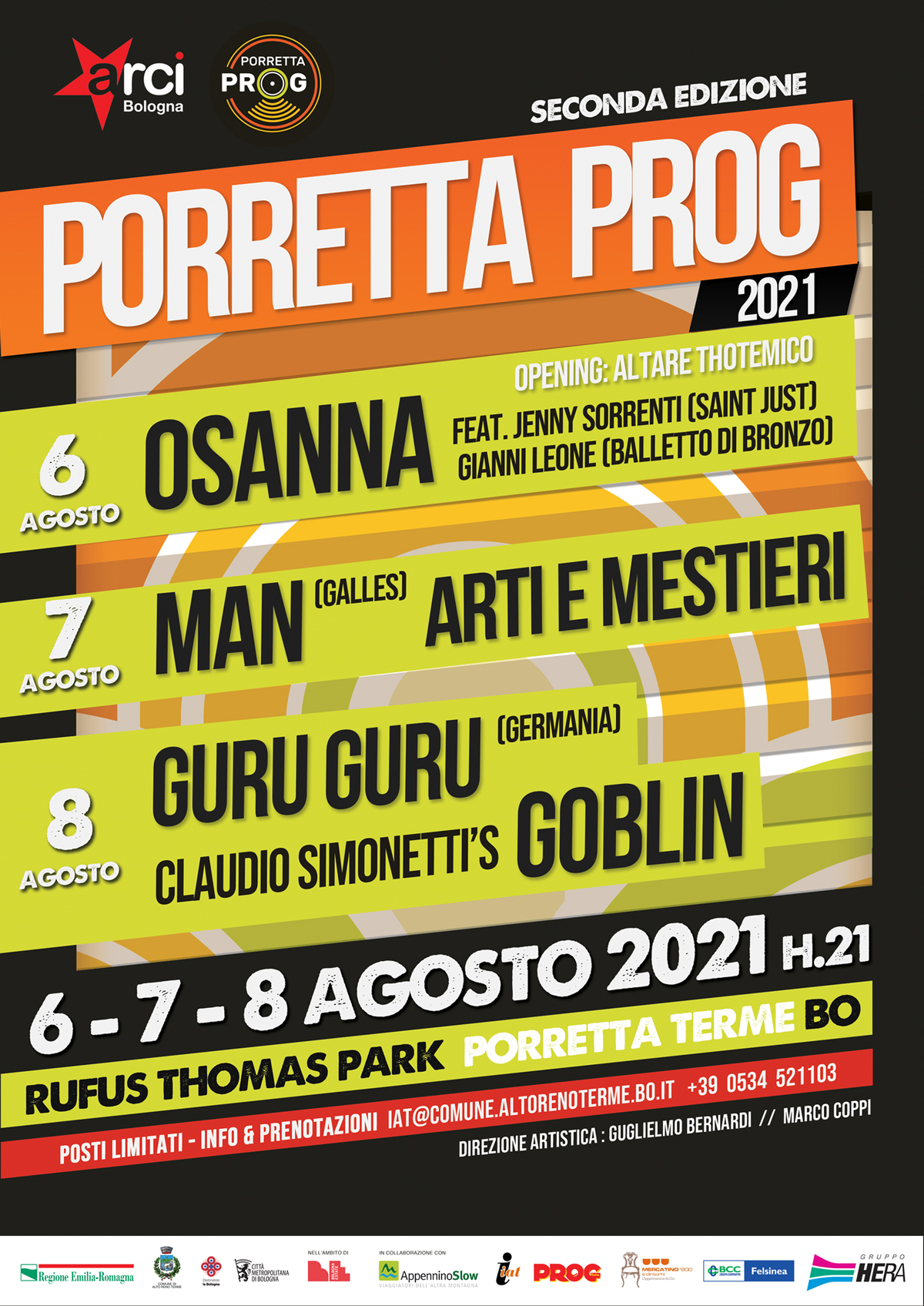