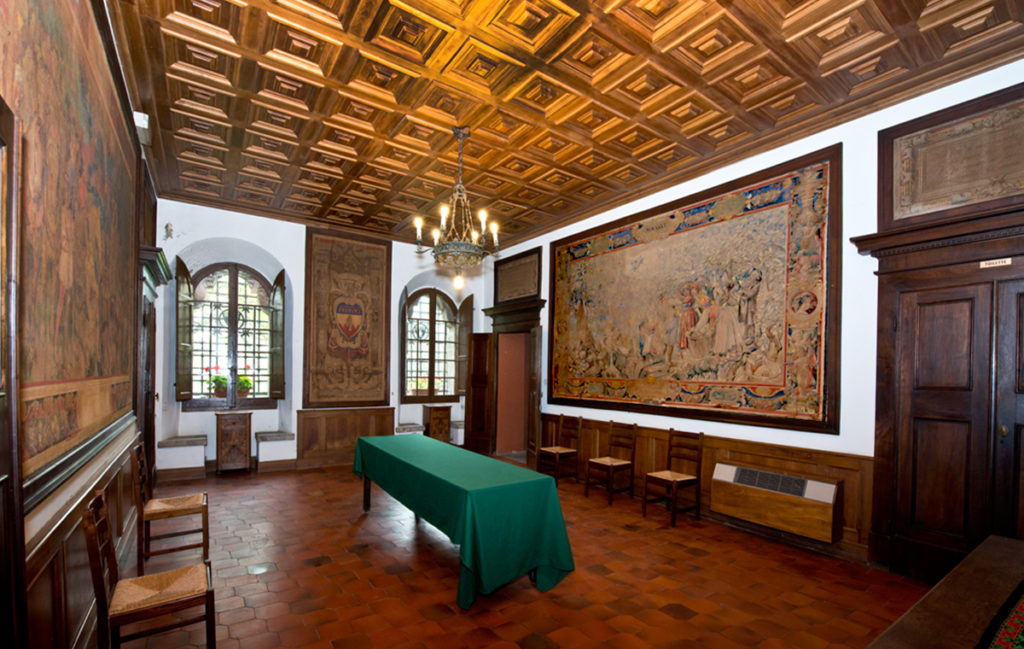 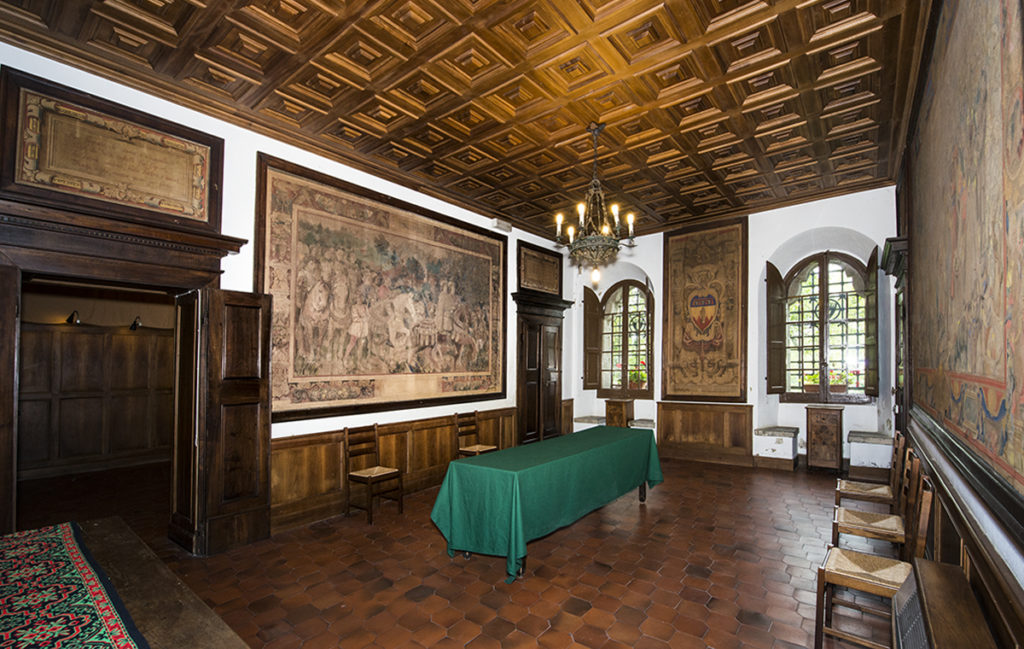 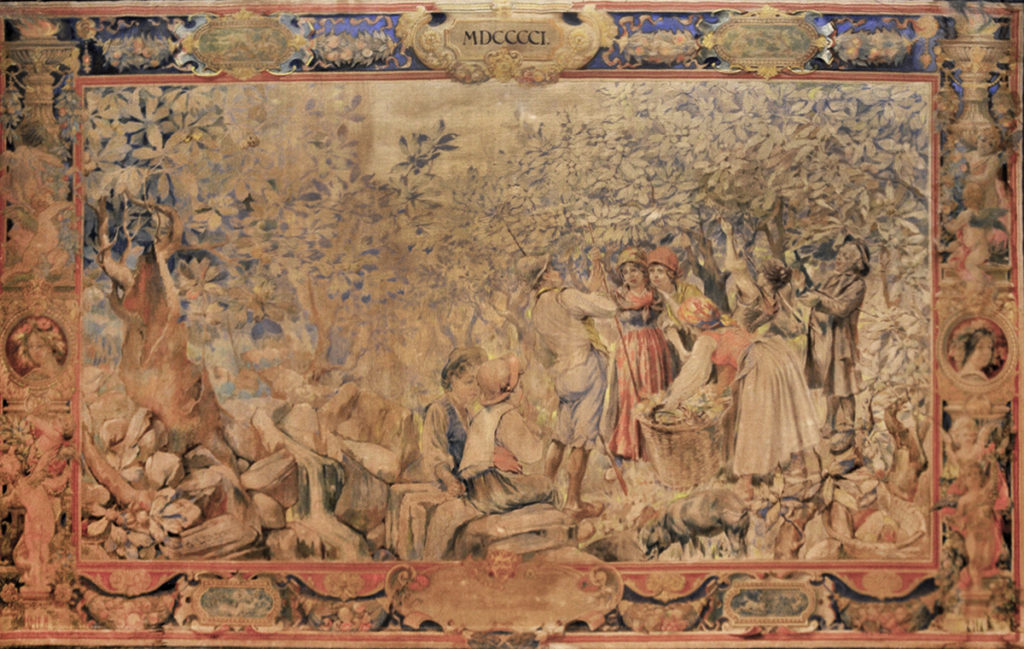 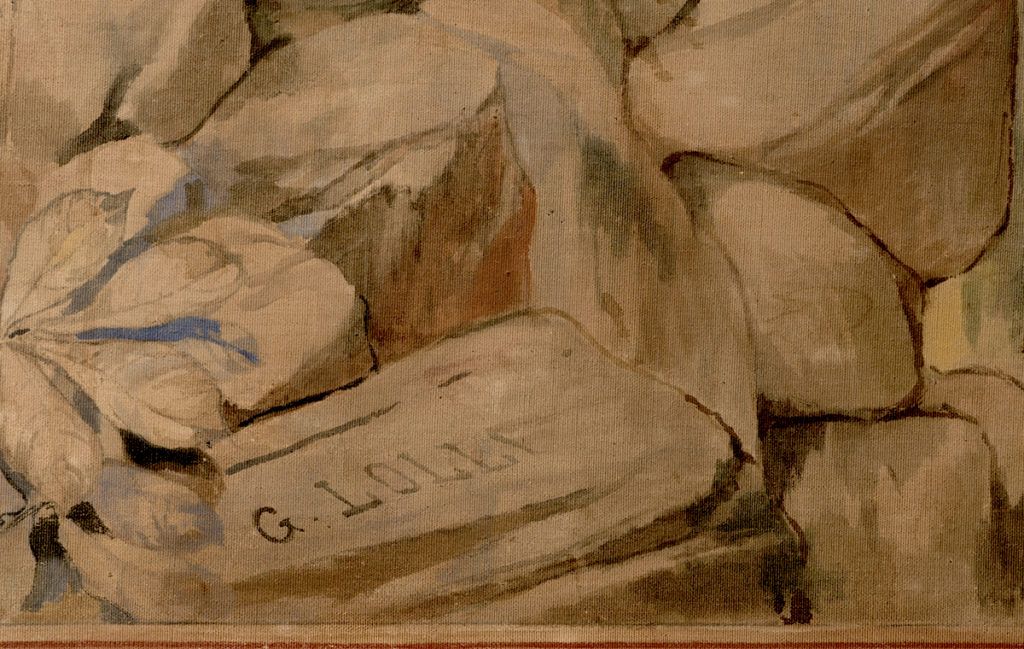 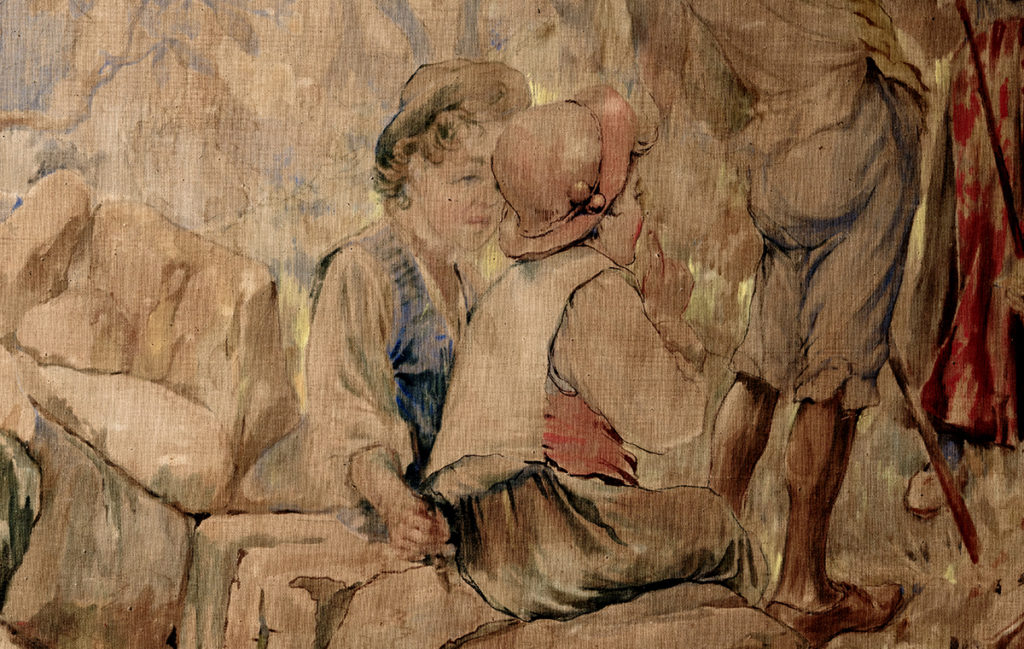 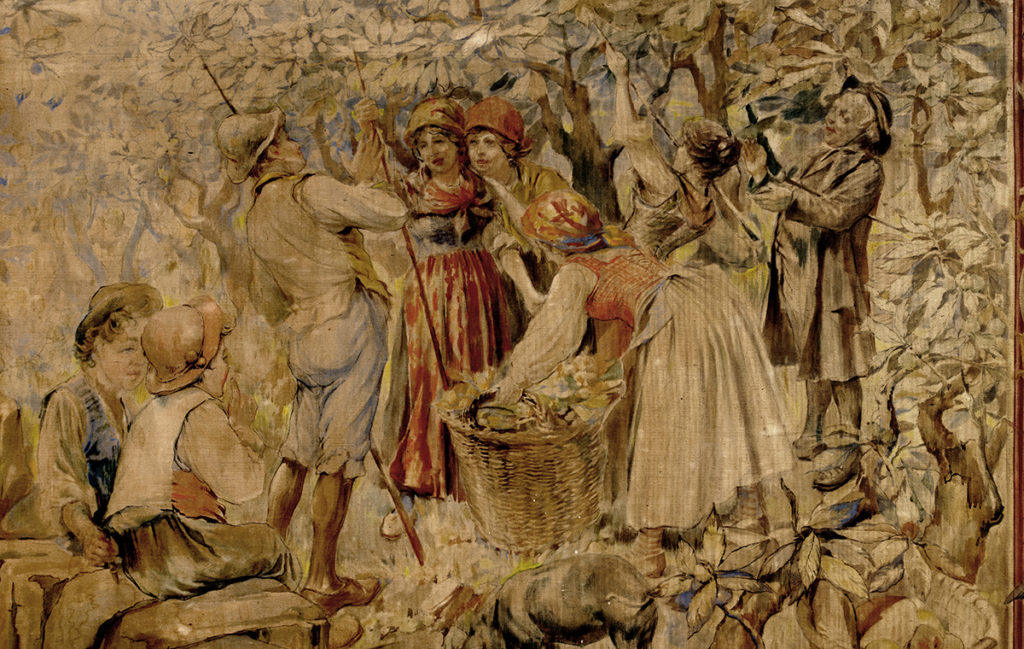 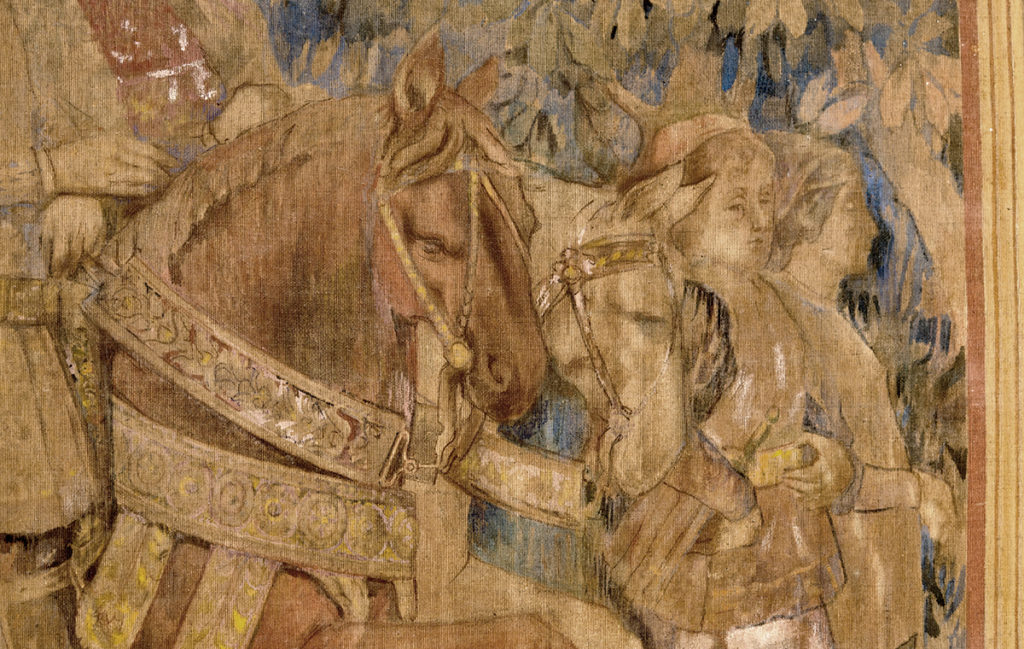 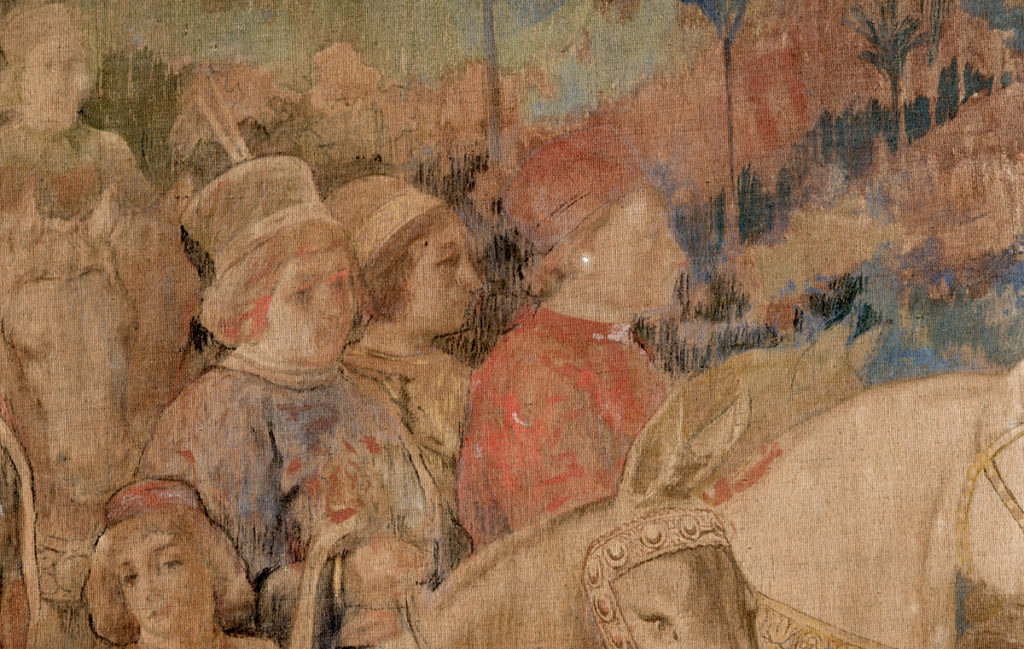 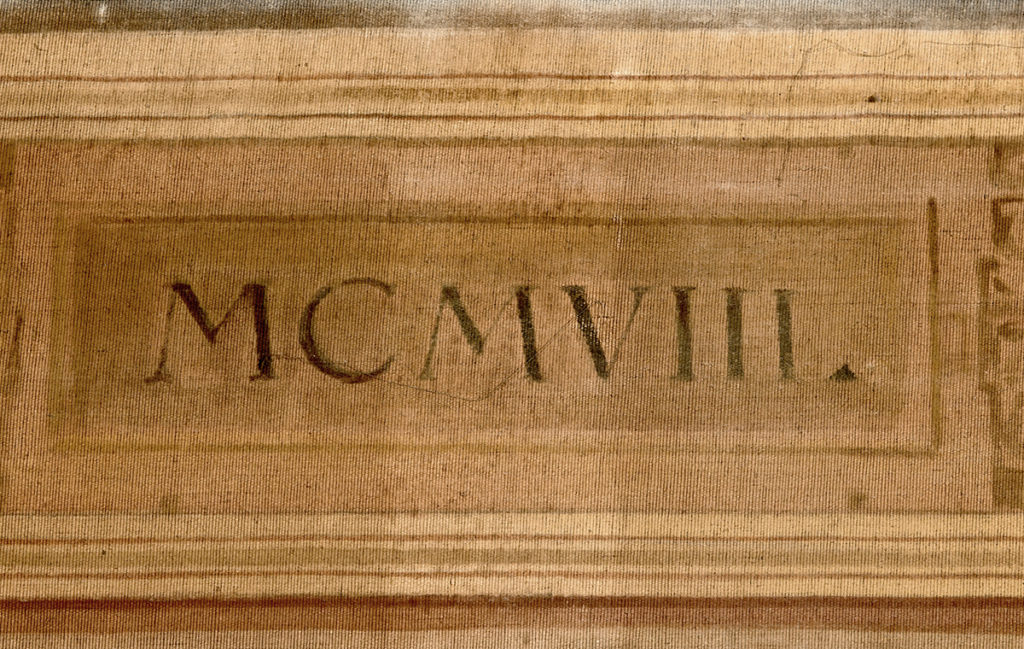 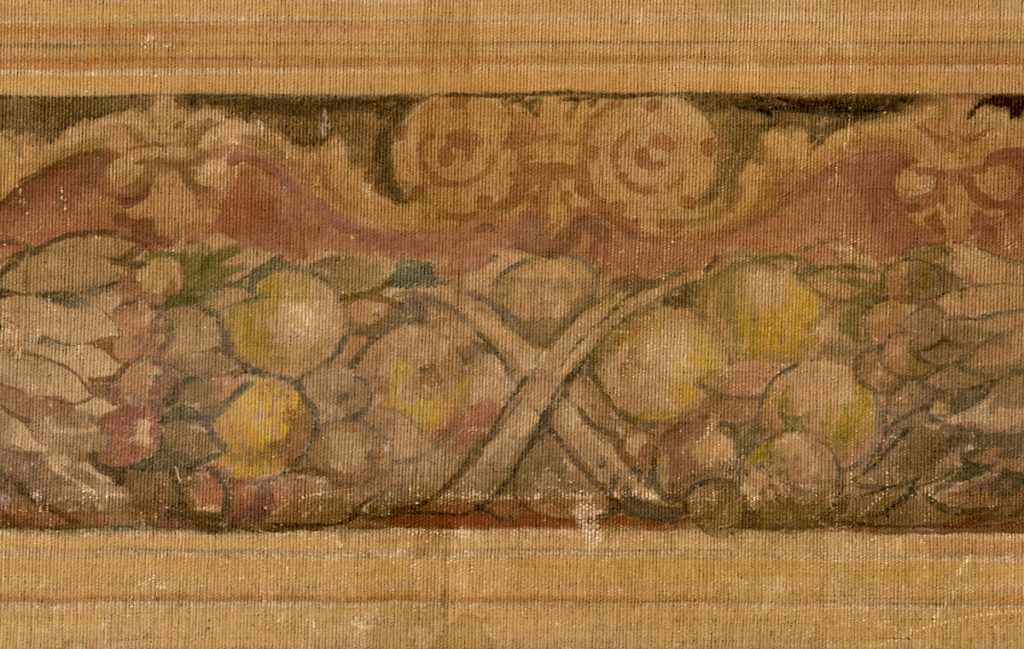 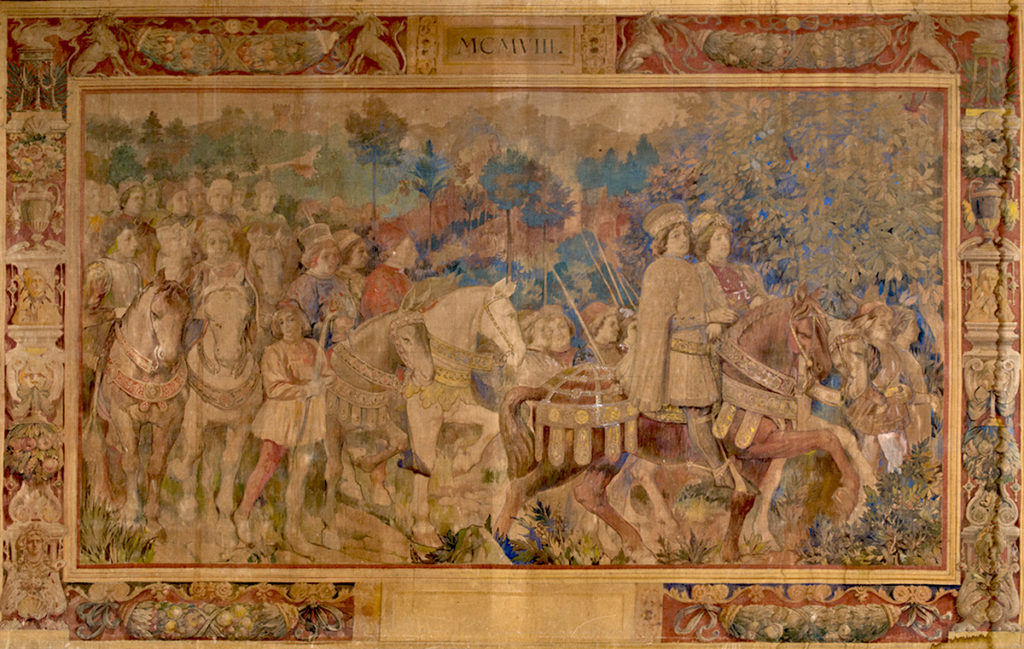 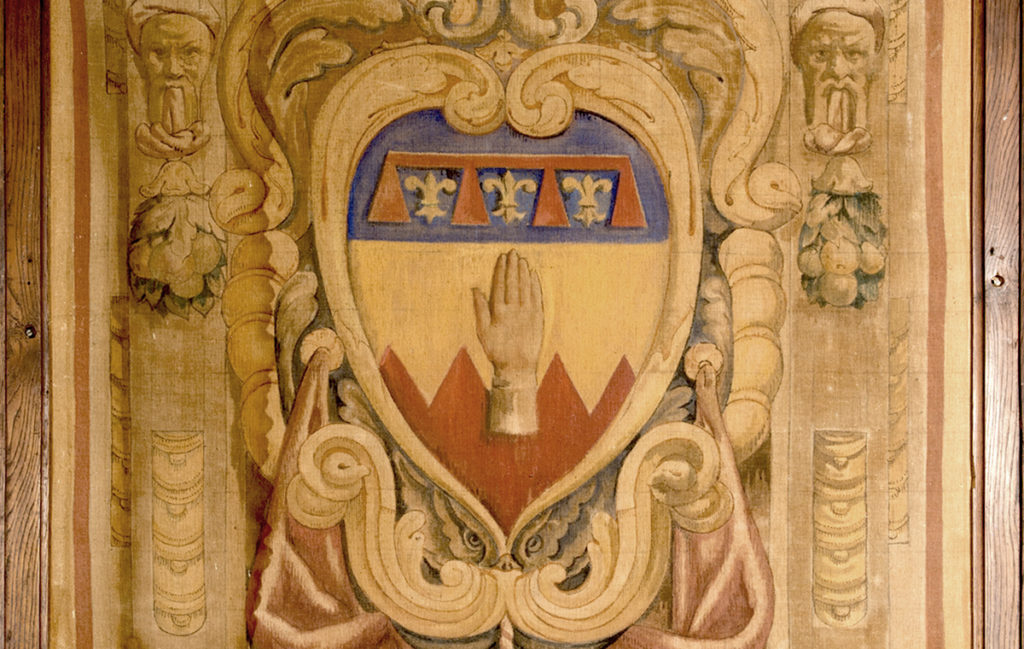 At the Manservisi Castle in Castelluccio Alto Reno Terme, it is possible to admire again, after a long period of restoration, the tapestries made at the beginning of the 20th century by Giacomo Lolli, a Bolognese painter expert in this type of realization. His is, for example, the large canvas painted as a ceiling for Michelangelo’s staircase in the entrance to the ancient Biblioteca Medicea Laurenziana of Florence.

A permanent exhibition of eight canvases, four very large and four smaller, commissioned by Alessandro Manservisi, owner of the Castle in the early 1900s. Four of the eight tapestries are above the doors and contain rhyming texts probably composed by Manservisi, one contains the emblem worked by Manservisi, who was a tailor, three contain images of villages and rural life with explicit reference to the village of Castelluccio and finally one with a procession in medieval clothes picturing the ride of the Magi of Benozzo Gozzoli in Florence – probably to pay homage to the owner. 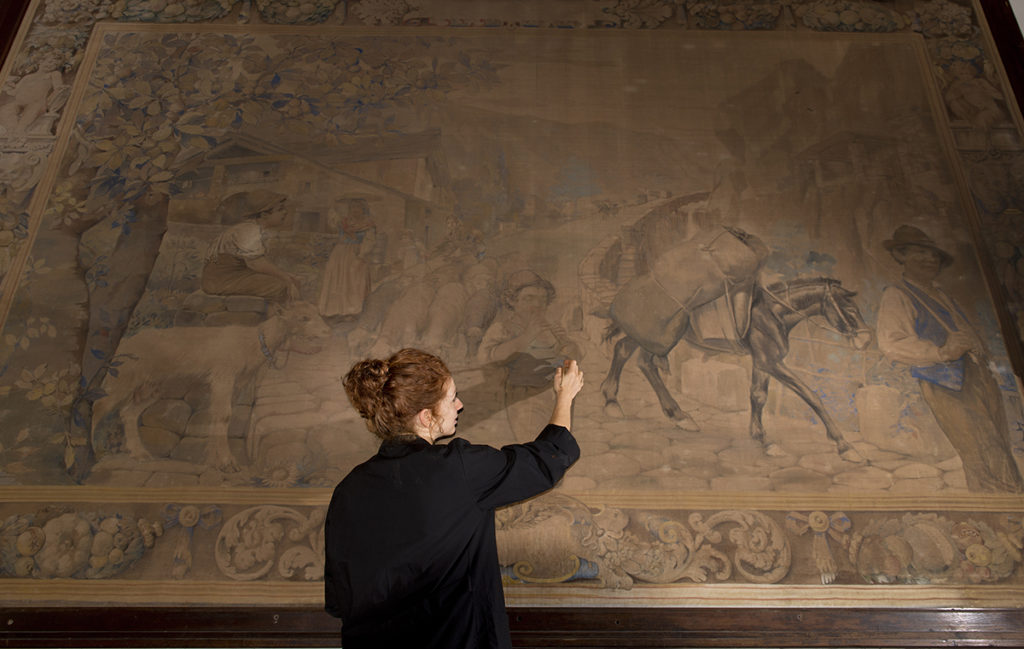 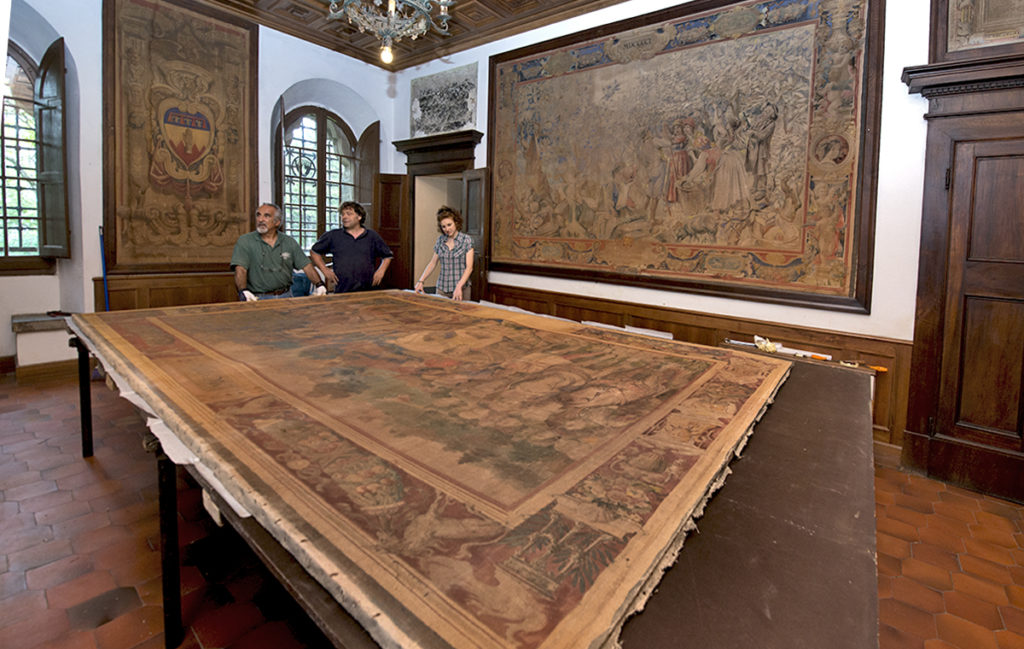 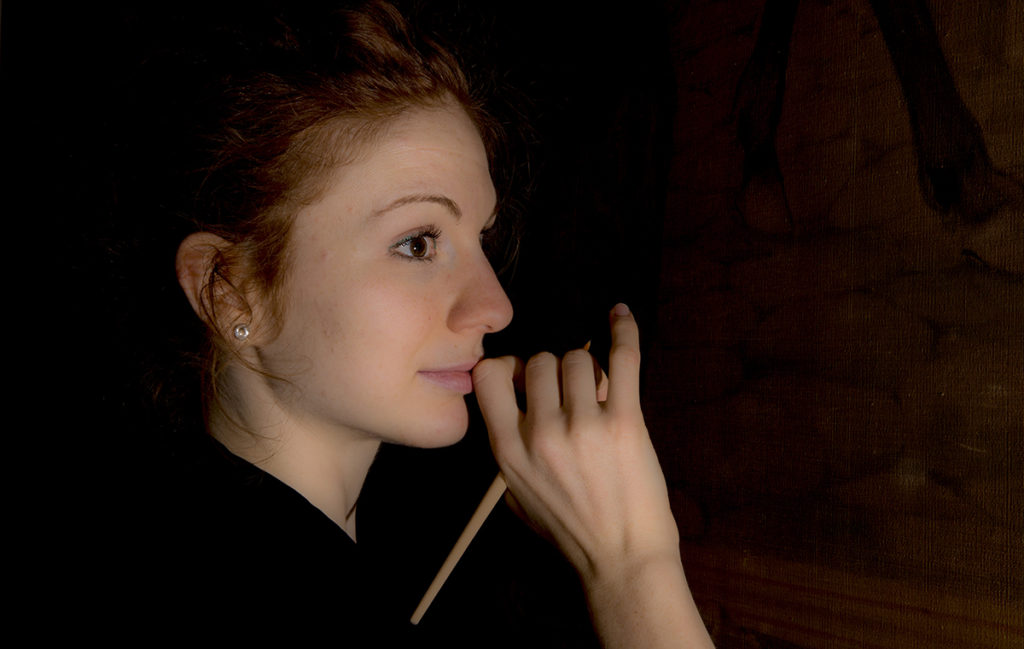 Observing the canvases closely, it is difficult to understand that this is not a tapestry, because the color is spread out very liquid in order to bring out the threads of the canvas, the restorer Paola Borri Palmieri explained.

This is a technique allowing to obtain the best results and visual effects at minimum prices.

The restoration was entirely funded by the Castello Manservisi Association which manages the structure and executed by Paola Borri Palmieri.

Visiting periods and times are visible on the official website of the Manservisi Castle.