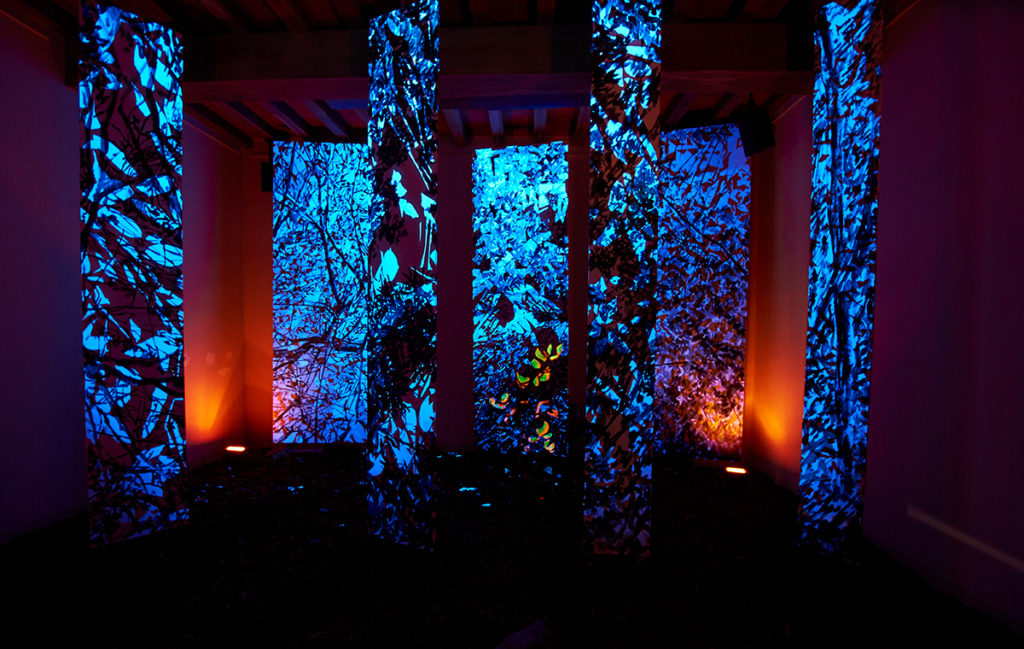 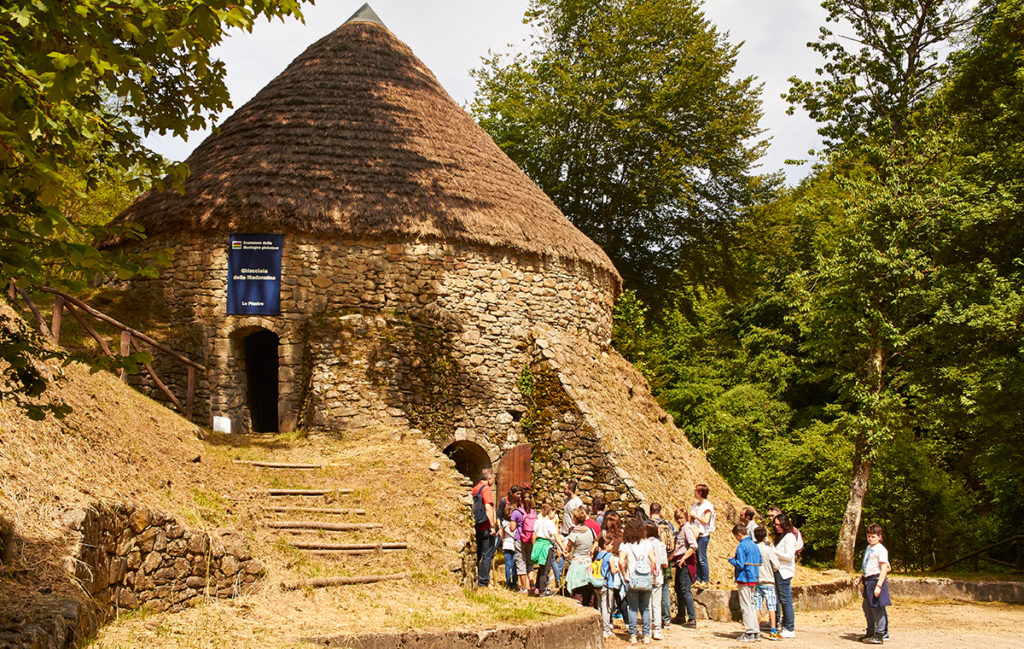 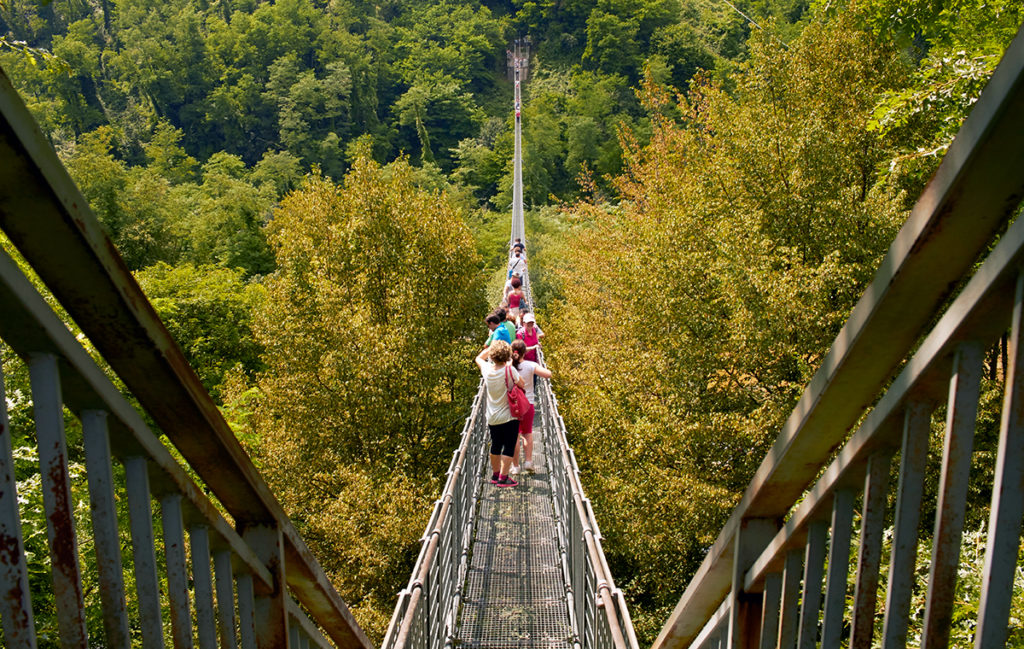 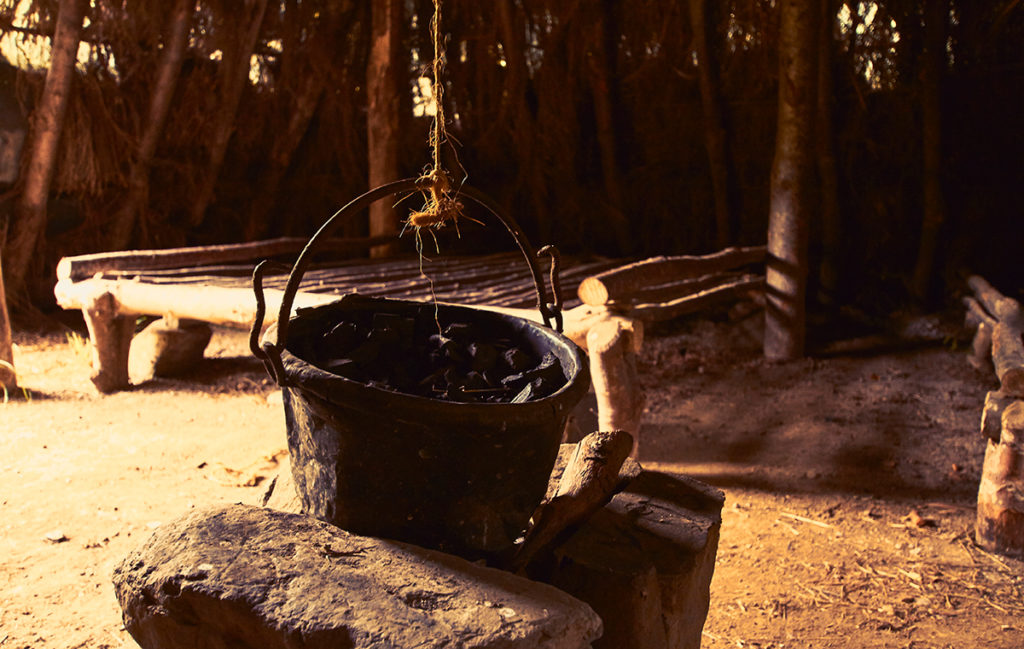 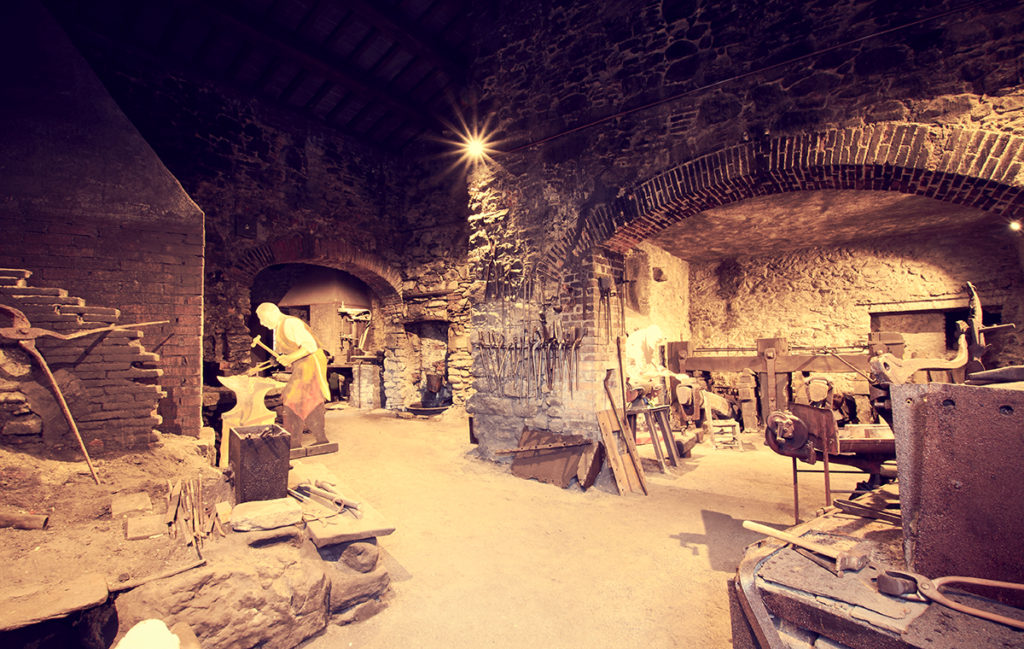 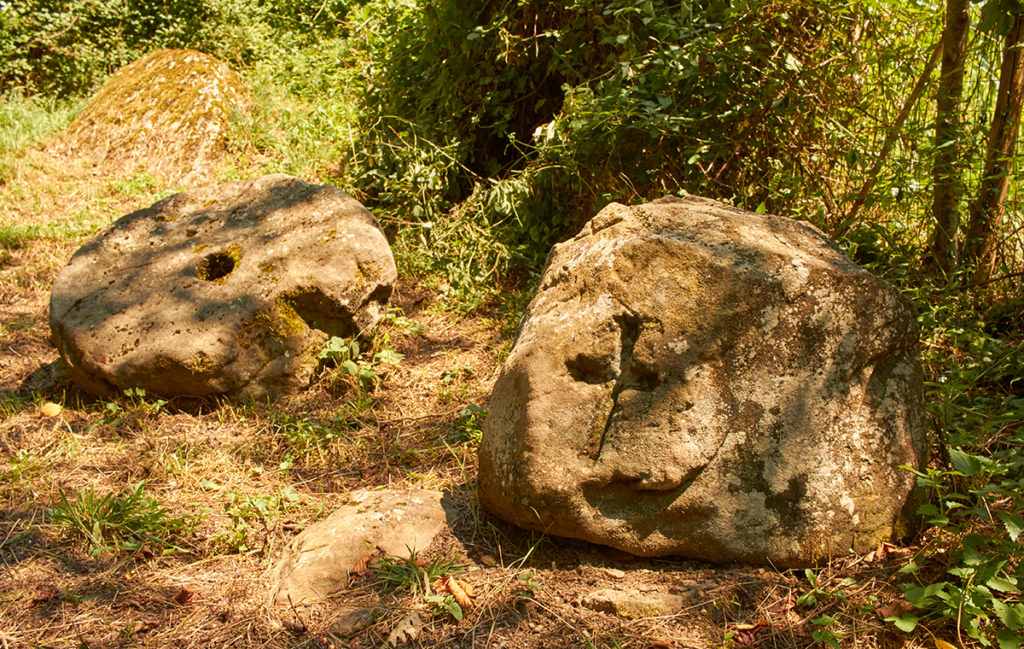 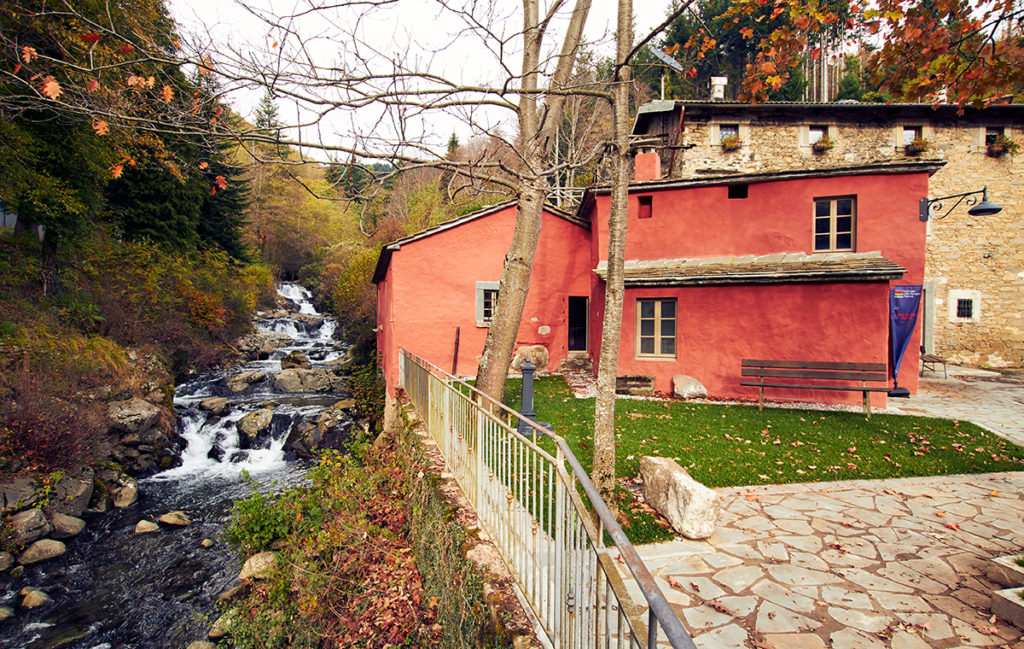 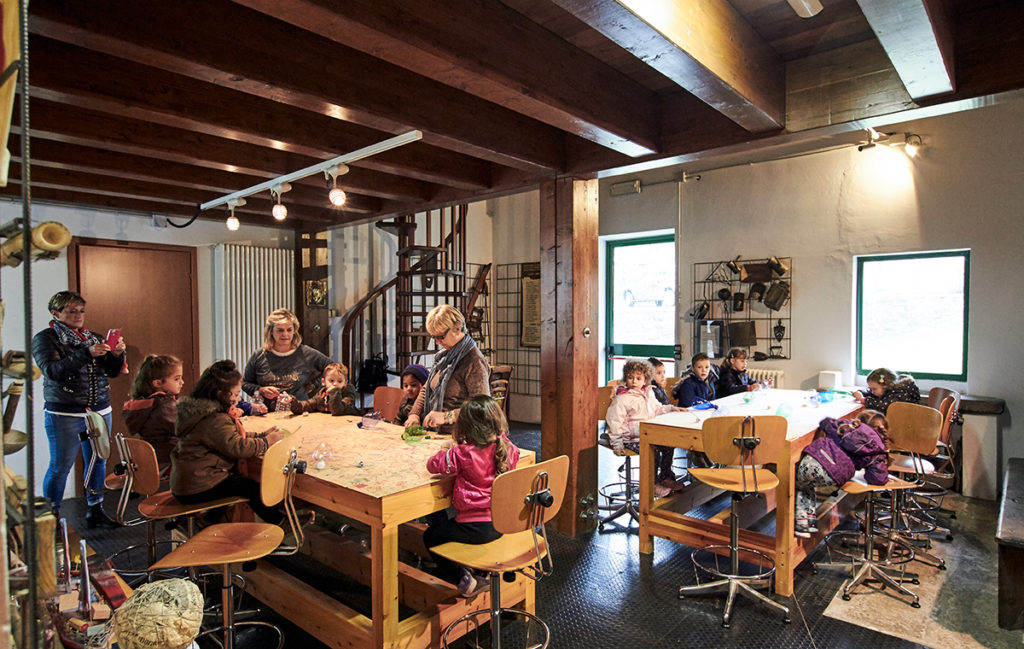 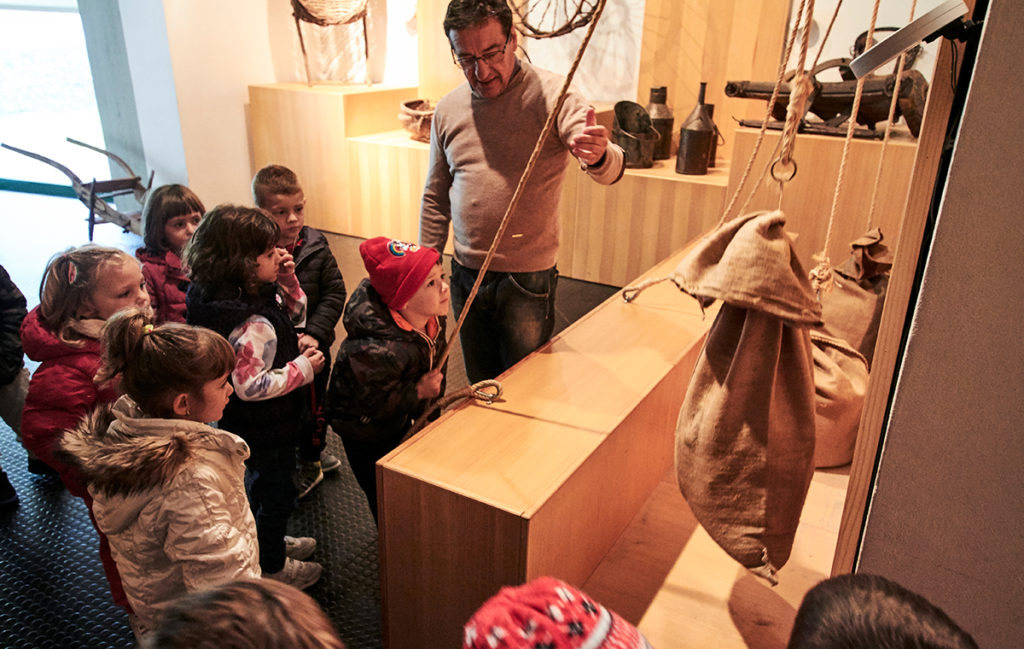 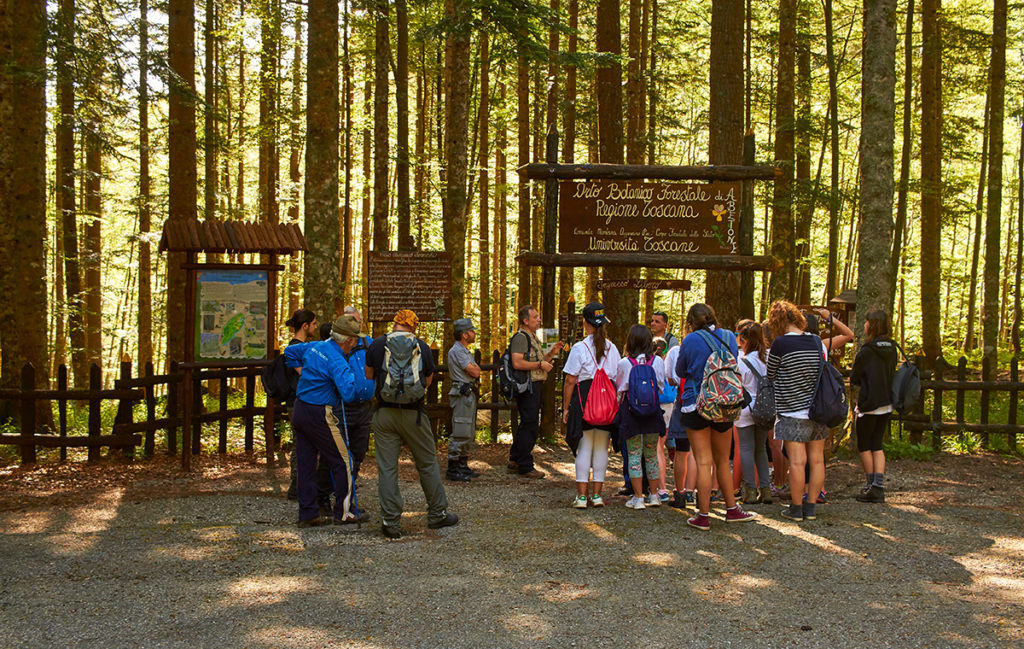 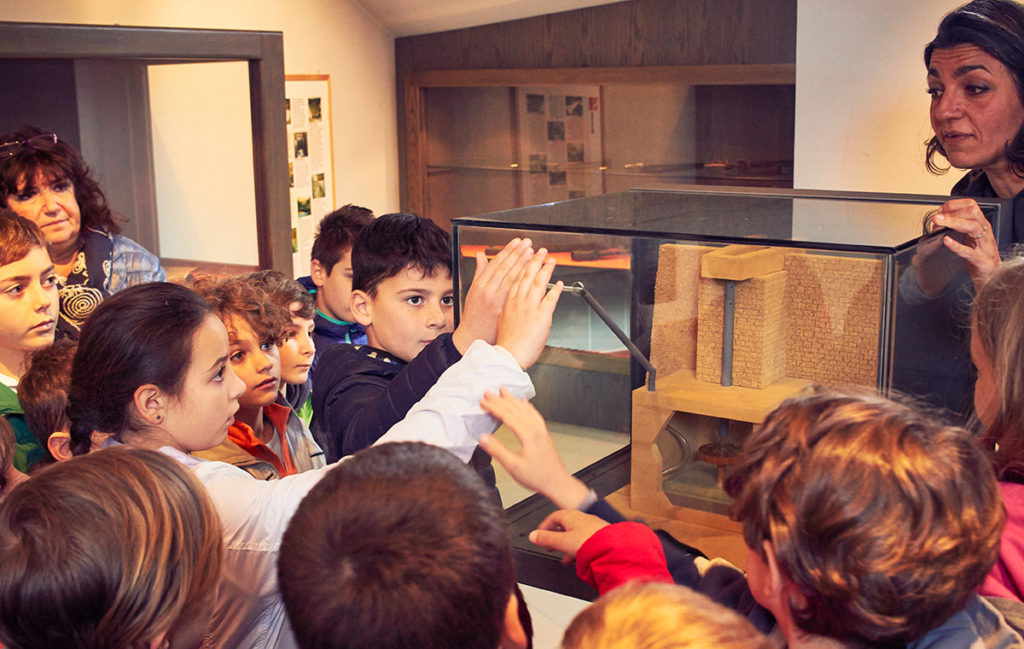 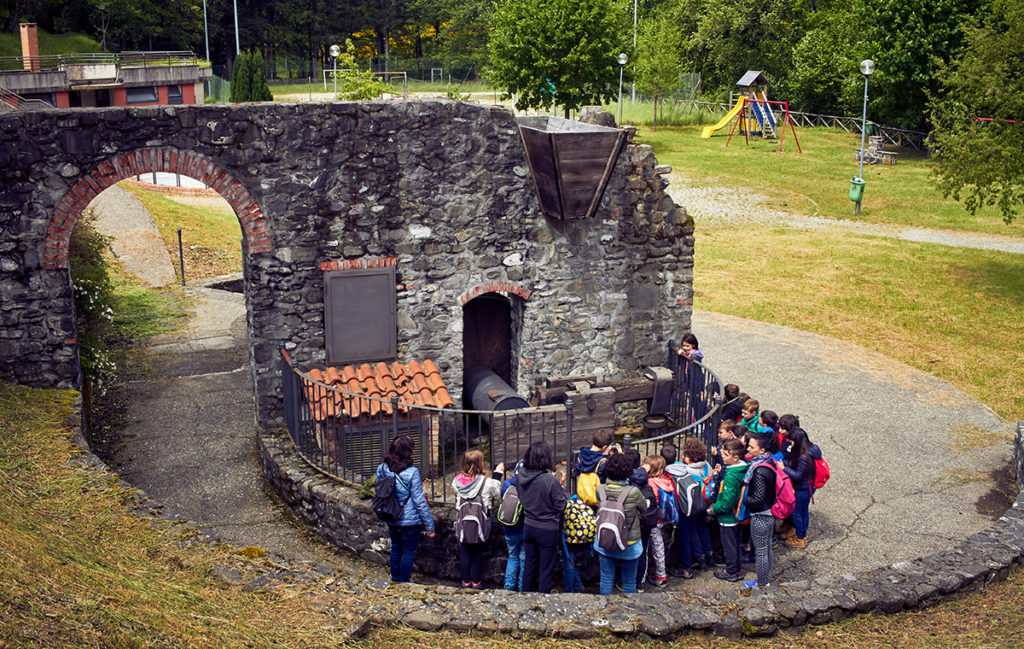 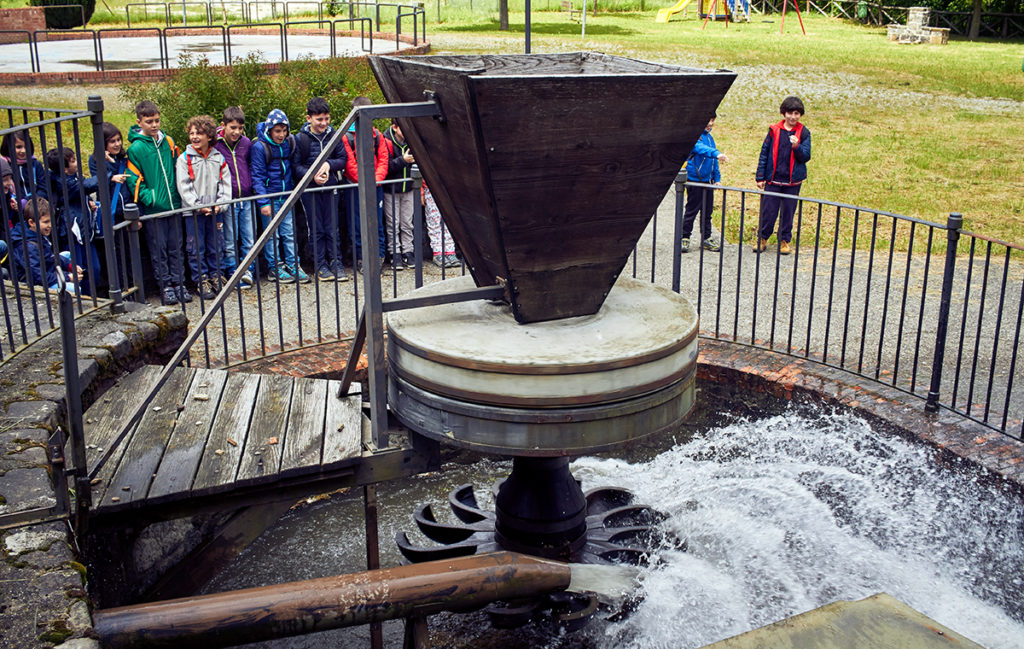 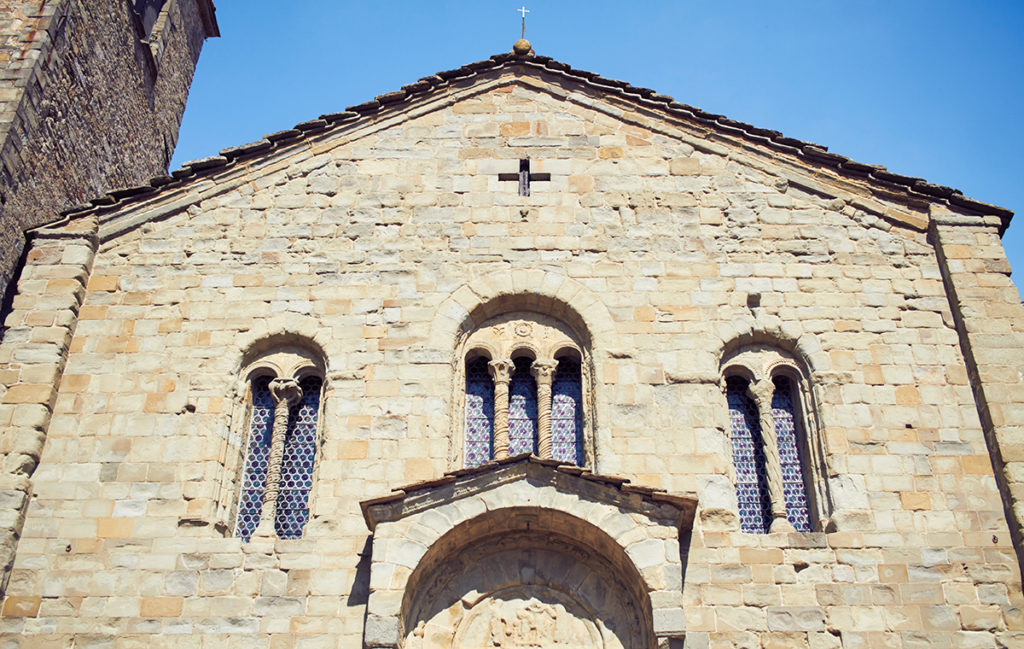 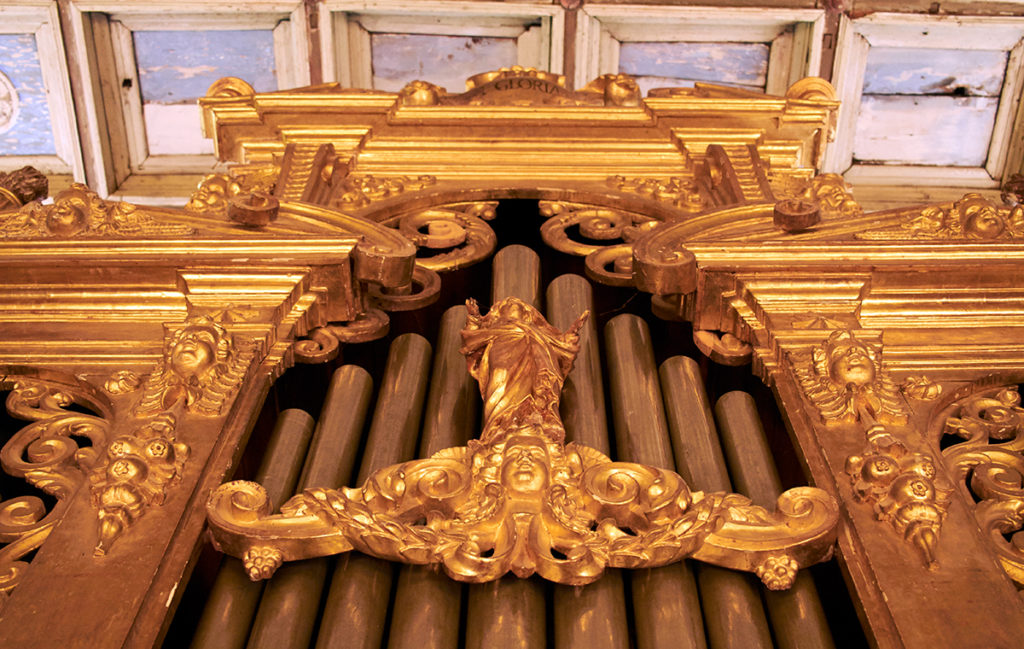 The Ecomuseum of the Pistoiese Mountain, active since 1980, consists in 6 outdoor itineraries, museums, learning centres and historical artifacts that enable us to learn more about the Pistoiese Mountain, helped by the signs that the relationship between people and the environment left over centuries of history.
A simple environment, where water and wood were used as raw materials and energy, used by the inhabitants for their basic and smart productive gears: the ironworks, the ice-houses and the mills.

Supported by qualified staff, the Ecomuseum organizes educational workshops, attended by around 2000 students and hosts around 8000 visitors over the year.

Palazzo Achilli is the main information centre of the Ecomuseum. It takes its name from the rich Roman merchant Filippo Achilli. He bought the ancient building during the 18th century directly from Ludovico Appiani, Prince of Piombino, and provided for its enlargement and rebuilding.

The Palazzo was restored by the Province of Pistoia in 2005 and now host temporary exhibitions in order to analyze many aspects that are linked to the history of the Mountain and also organizes educational workshops for children and adults.

Palazzo Achilli also hosts the Archaeological Naturalistic centre of the Pistoiese Apennine with its prehistorical and geopaleontological evidences and offers the opportunity to have a go at lighting a fire with primitive techniques.

The ice trail gives the opportunity to retrace the history of the natural ice production, that developed on the Pistoiese Mountain between the latest 18th century and the first decades of 1900. This process took place along the Reno Valley way.

Worth a visit the Ghiacciaia della Madonnina (the Madonnina ice-house) at Le Piastre, which was used to stock ice produced during the winter.

The iron trail narrates the pre-industrial history of the steel industry, that already existed on the Pistoiese Mountain in the 15th century, when the area became the first steel industrial site of the Gran Ducato di Toscana. The mountain, together with its thick woods and its abundance of water, was in fact rich in natural energy and guaranteed the motive power and the combustible material for the ancient factories where the manufacturing of iron took place.

MUSEUM AND EDUCATIONAL GARDEN OF THE IRON TRAIL

This museum has been ehibiting since 1999 some tools that were used in the ancient local iron-works. In the nearby garden there are two big wooden wheels and a trip hammer that move thanks to the energy supplied by the water.

Maresca is the location of the most ancient ironworks in Tuscany. We can find evidence of its existence back in the 14th century and it kept on functionning up untill the 1980s.

In Mammiano you can walk the Hanging Bridge (built in 1922), one of the longest pedestrian bridges in the world, with an opening of 212,4m and a maximum height of 40m from the river level.

The most important site of the Sacred Art trail is the Pieve of Popiglio. This church was enriched during the 16th and the 17th centuries with valuable pieces of art given as an ex voto by the Vannini, a family from Popiglio living in Rome. Thanks to this family the Santa Maria Assunta Church now shows, in the Sacred Art Diocesan Museum, rare samples of Roman Baroque art. The Pieve di Santa Maria Assunta also owns a pipe organ made by Giuseppe Testa in the 17th century.

Next to the parish Church. in the oratory are kept some valuable textiles and liturgical cloths.

It once marked the borderline between Lucca and Pistoia. There stands, as atestimony of this period, the ancient customs toll building, recently restored , it has now become an Agritourism place. The bridge is the main destination of a processional itinerary that started from the village of Popiglio to encourage the positive ending of the harvest.

It allows to compare the current lifestyle to that of our ancestors, underlining how, in a few decades, our relationship with work and environment went through extreme change.

MUSEUM OF THE PISTOIESE APENNINE FOLK

It suggests a journey through the life of the people living in this area in the past centuries up untill nowadays, stimulating the visitor to identify with the “manufacturing” point of view. Inside the museum there are also: the Toys workshop, where you can assemble simple games starting from recycled materials, and the Wool workshop, where you can see the art of weaving.

It is a downhill trail spaced out by two self-standing bridges built in accordance with a Leonardo da Vinci’s design. Along the way there is a metato (drying shed) for the drying process of chestnuts. There also is the Molino (mill) di Giamba, with two grindstones that work thanks to the water power. It was built in 1820 and it is still used for milling the chestnuts that are collected in the nearby woods.

Before leaving you can visit an educational chestnut grove.

Beyond the Molino di Giamba, proceeding along an easy trek, it is possible to visit the reconstruction of the charcoal-burner’s shed and a cross-section of a charcoal pit, that give everyone the opportunity to understand the firewood combustion process that led to the production of charcoal.

The naturalistic trail highlights the typical botanic and forest species of the Pistoiese Apennine and provides documentary evidence of the presence of human groups since the prehistorical period.

BOTANICAL AND FOREST GARDEN OF ABETONE

The average summer temperature is lower than 20°C. For this reason the garden hosts many kinds of Alpine species. Among them some “glacial relics” stand out , such as the spruce pine, the red rhododendron, etc.

By the Fontana Vaccaia learning centre (in Abetone) , the Botanical Garden analyzes various naturalistic areas of the Pistoiese Mountain. Inside the structure temporary exhibitions and educational courses are arranged.

Are also available for visitors an herbarium with local essences, exercising binocular microscopes and exhibition areas.

It is an itinerary that goes backwards in time in the history of this mountain, guiding the visitor along the Medieval way Via Francesca della Sambuca, starting from Pavana up to the Sambuca Castle, an ancient Medieval fortified village that has recently been restored.

On many houses you can see ancient masks that were carved in the stone as magic rituals.

Here are exhibited tools and objects related to the ancient craft of the stone cutter. This job was taught to the inhabitants of this area by the Comacine Masters (stonemasons). In this building there also is a tavern where you can eat and stay overnight and also the Ecomuseum bivouac is always available.

There is also the opportunity to visit (on request) the nearby S. Cristoforo e S. Jacopo Church, where there’s a valuable painting of the Guido Reni school.

In the biogenetic forest reserve you can see some archaeological remains, that are the result of a research work operated over about 1600 square metres. This research brought about the discovery of ceramic fragments that can be dated back to a period that goes from the 10th and the 12th century. These fragments could lead to conceive this area as a Medieval monastic complex.