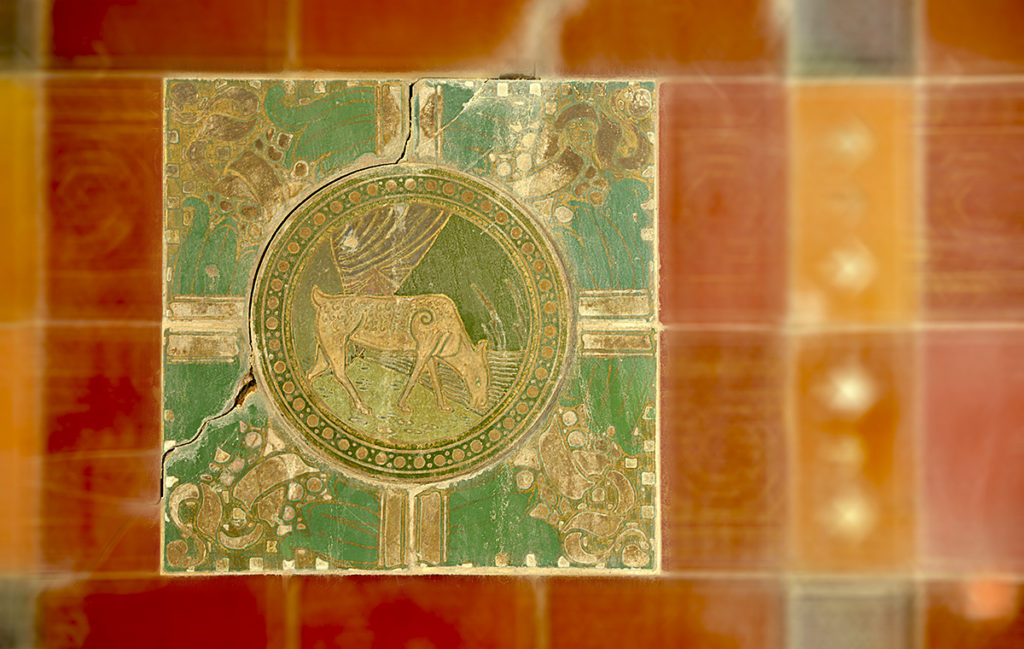 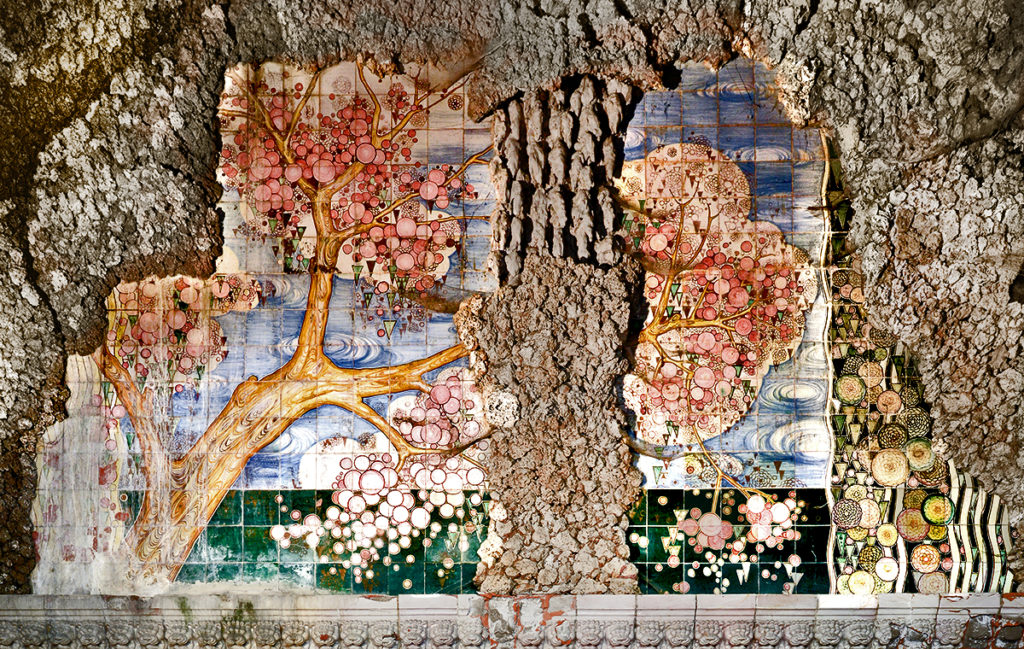 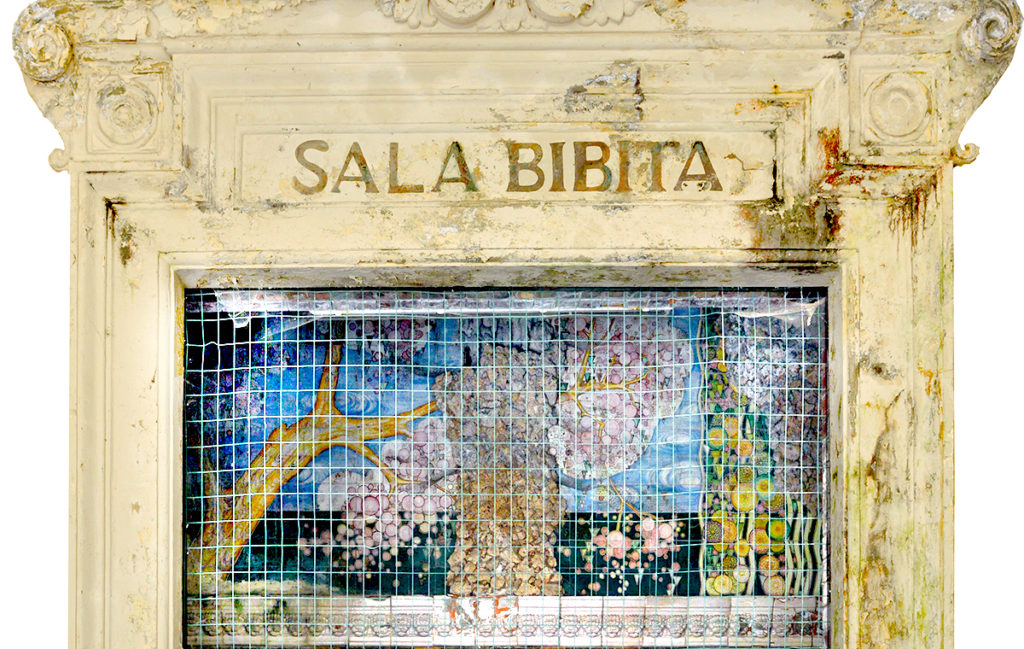 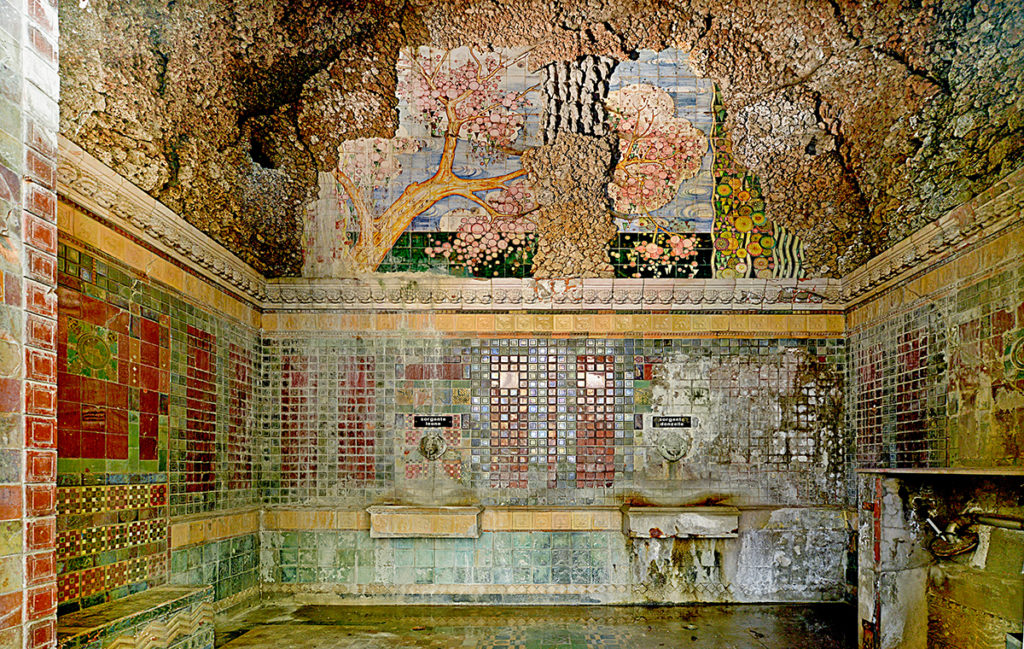 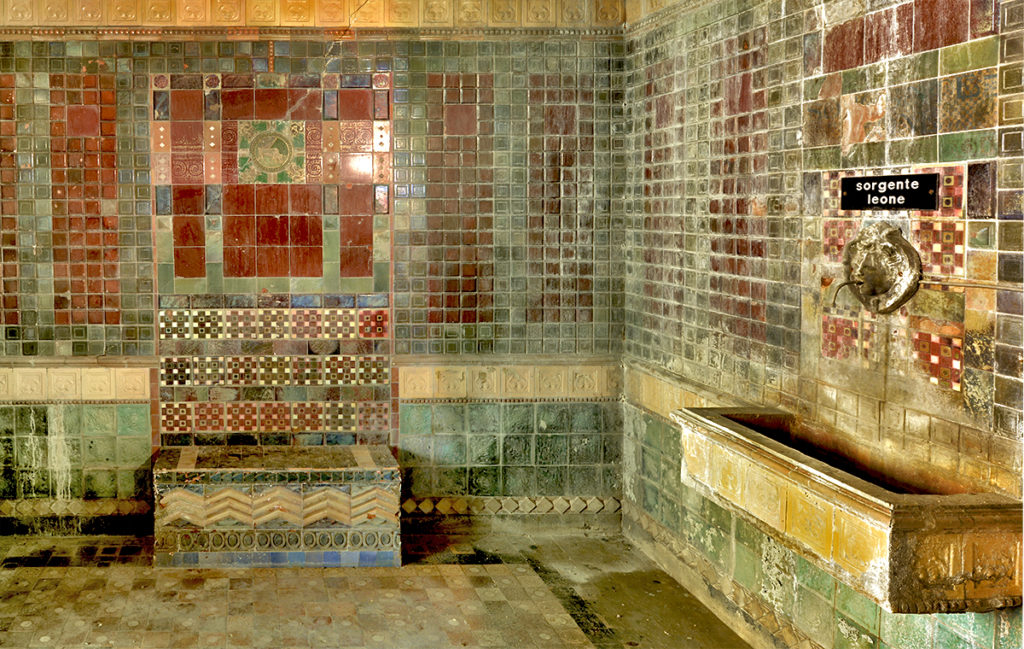 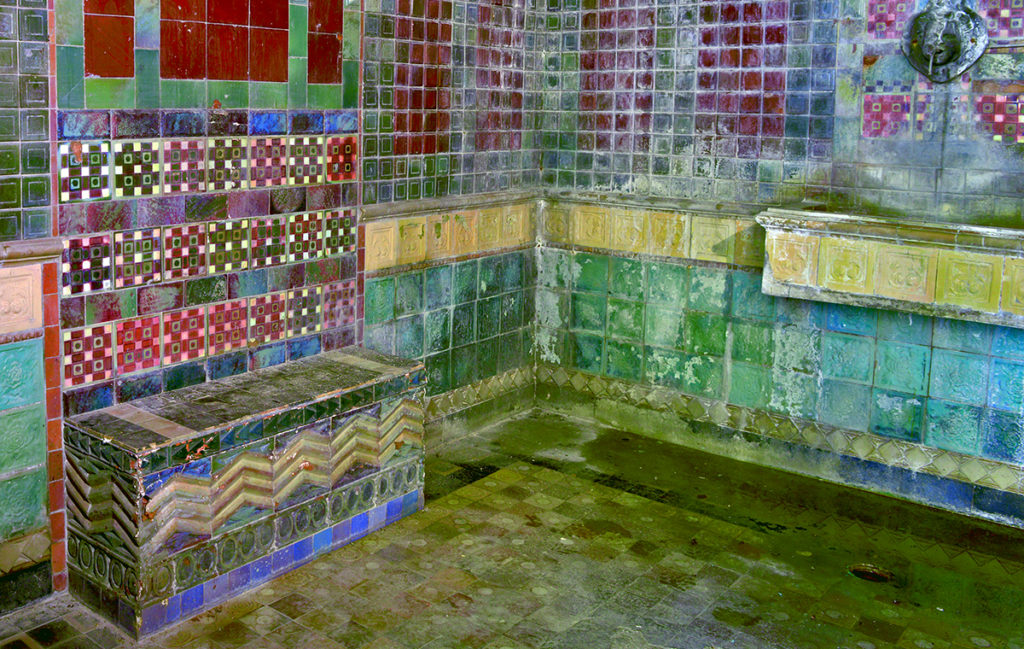 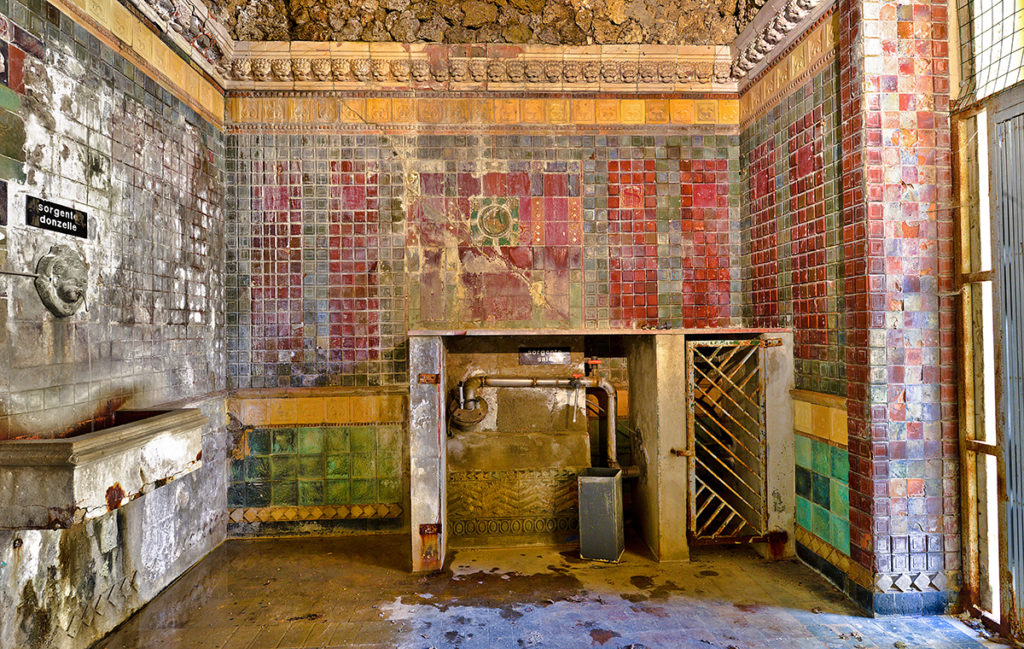 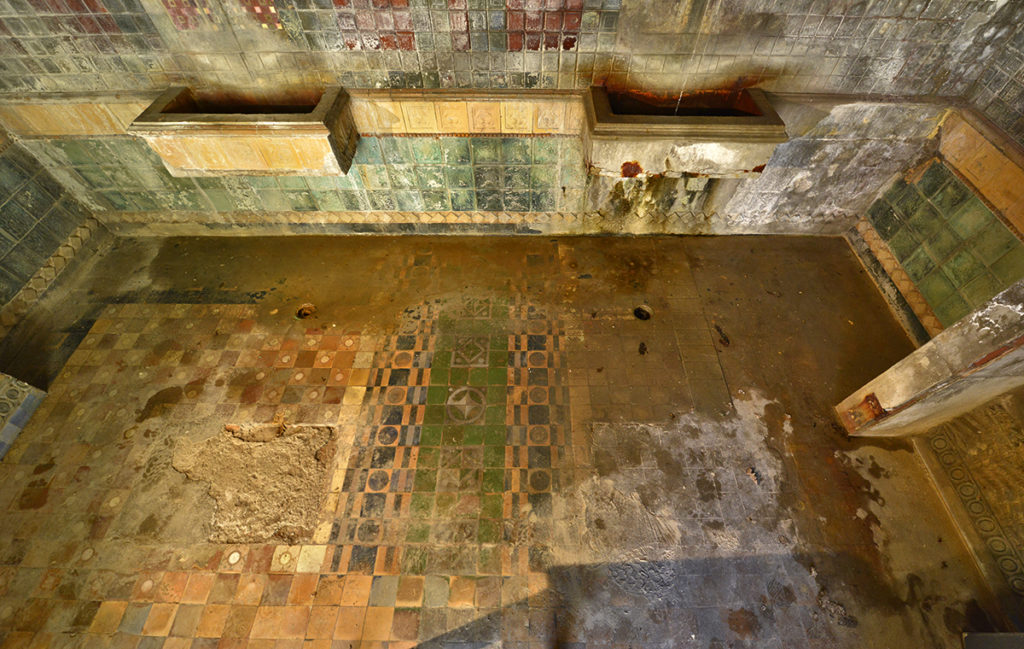 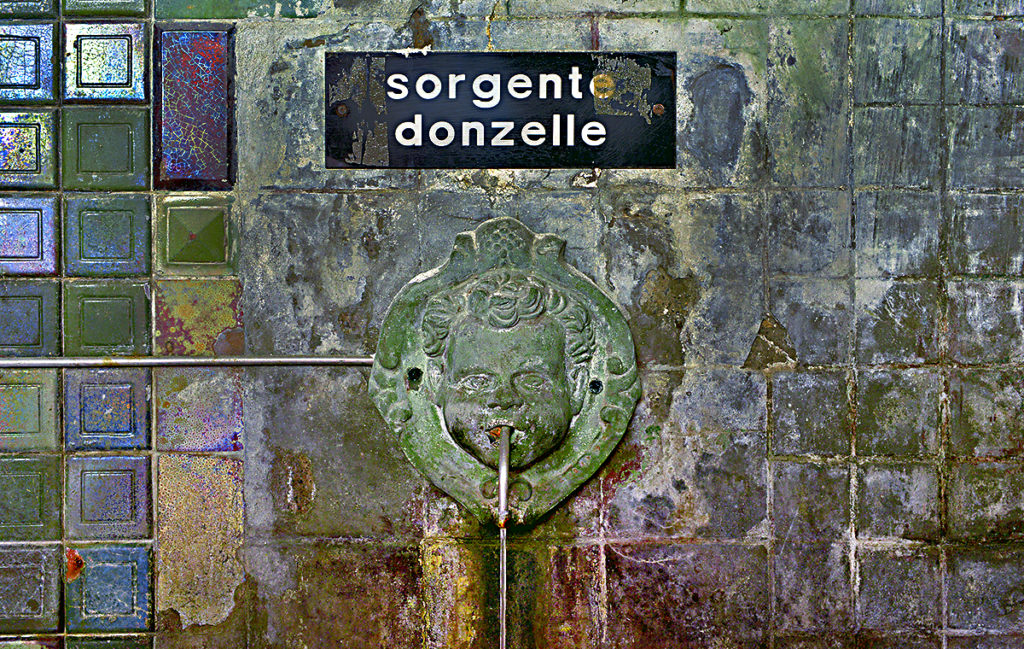 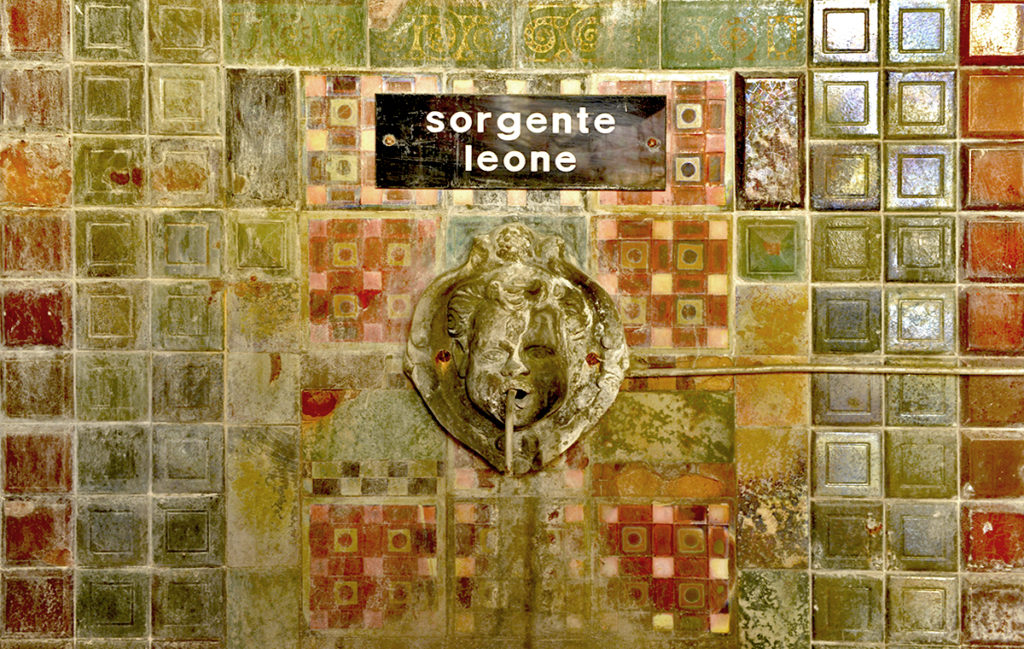 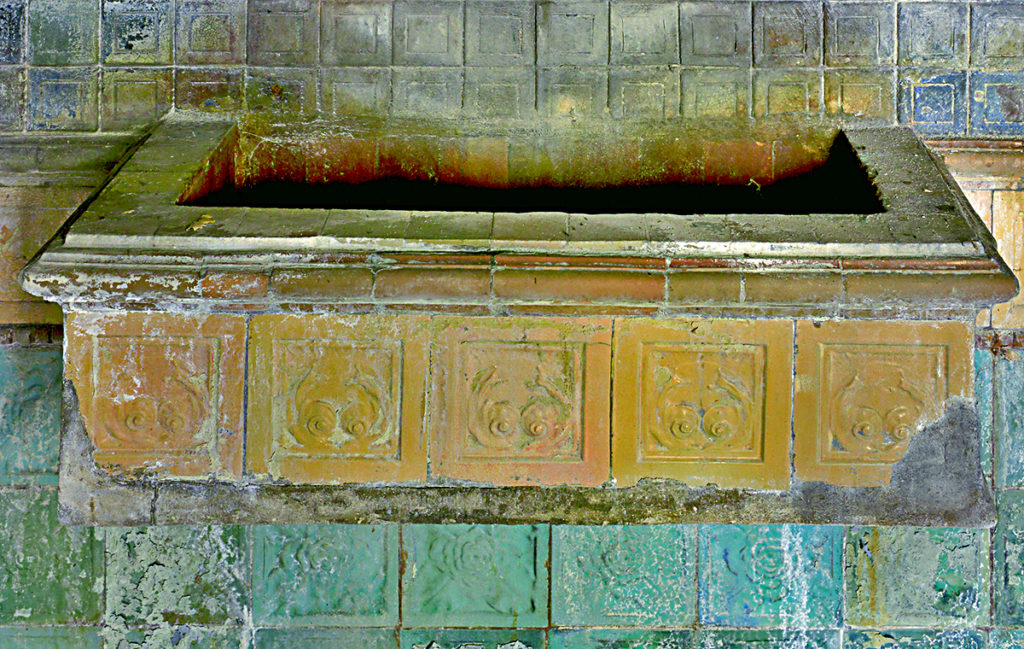 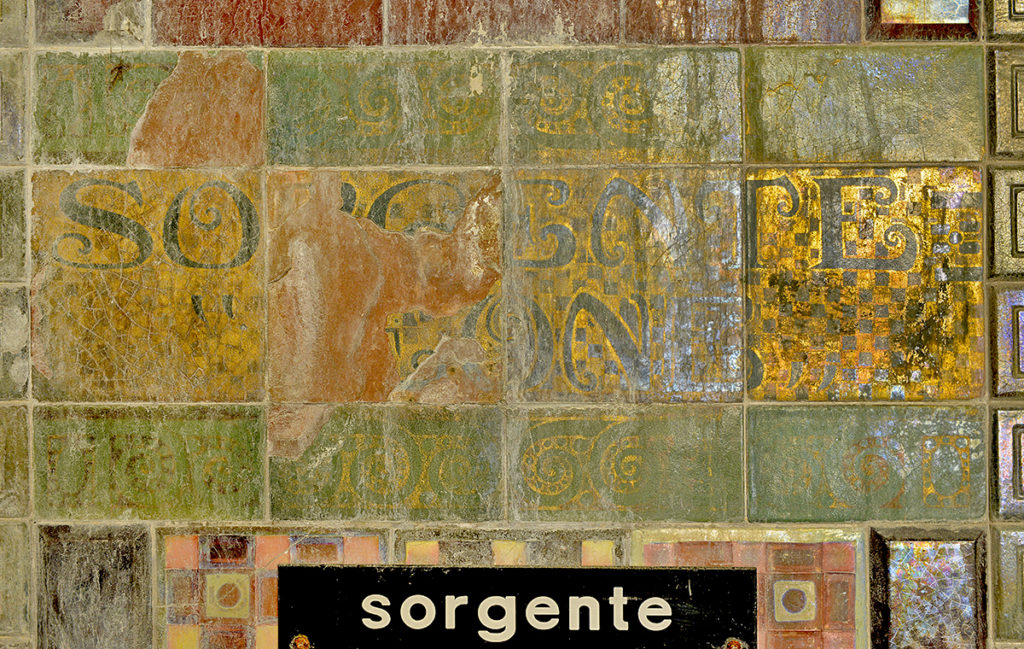 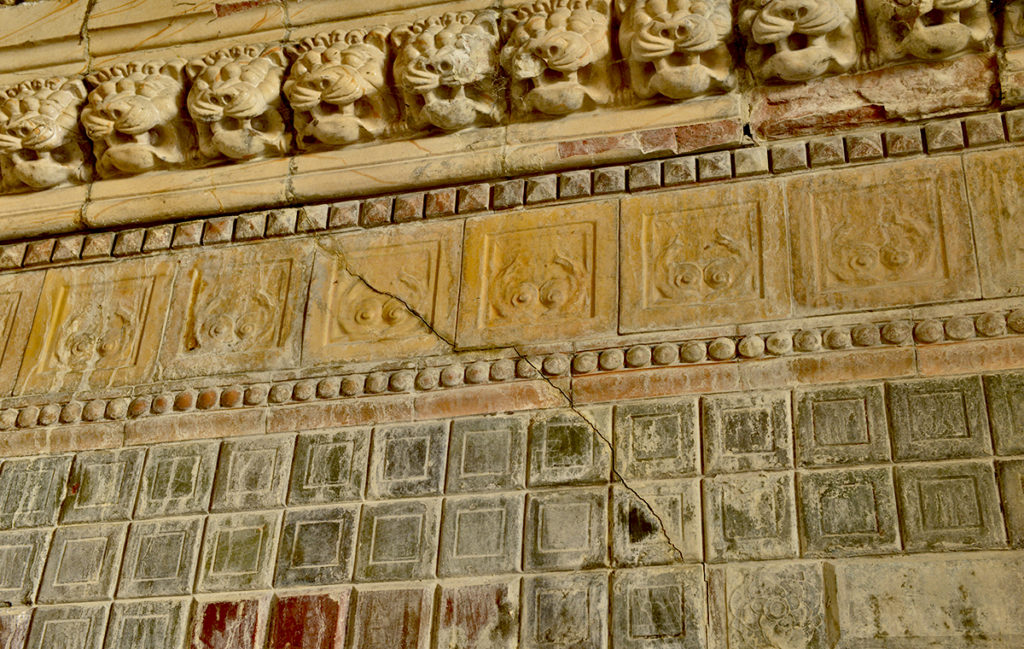 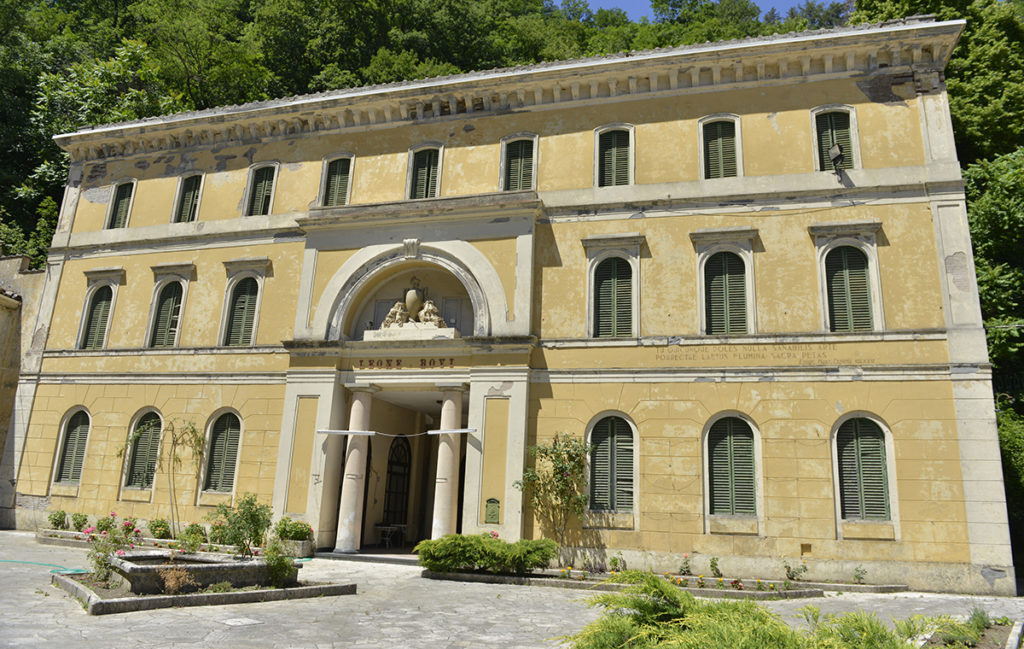 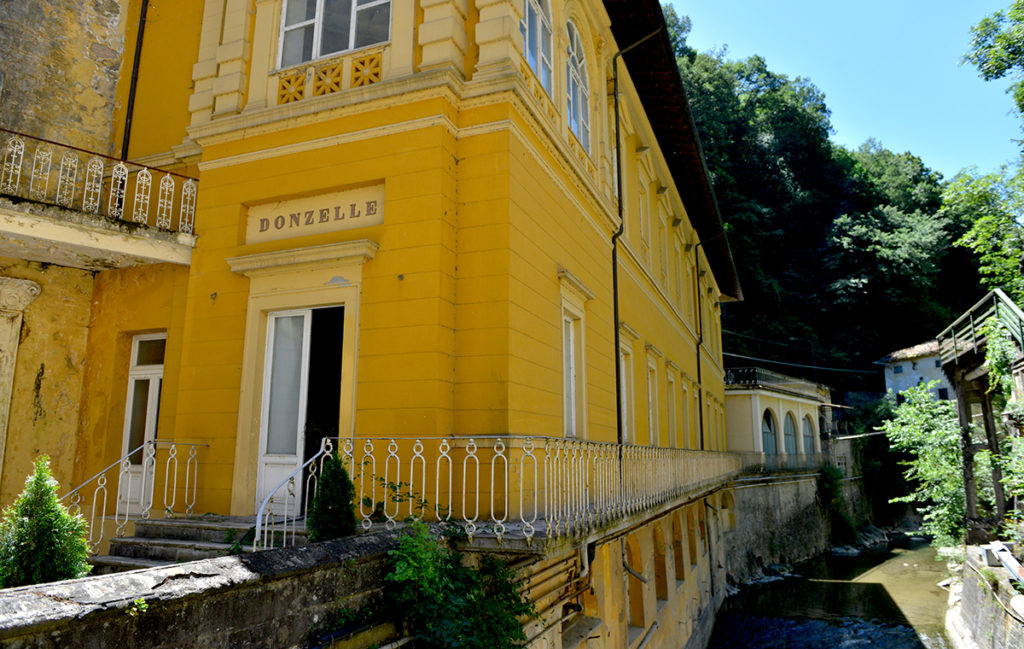 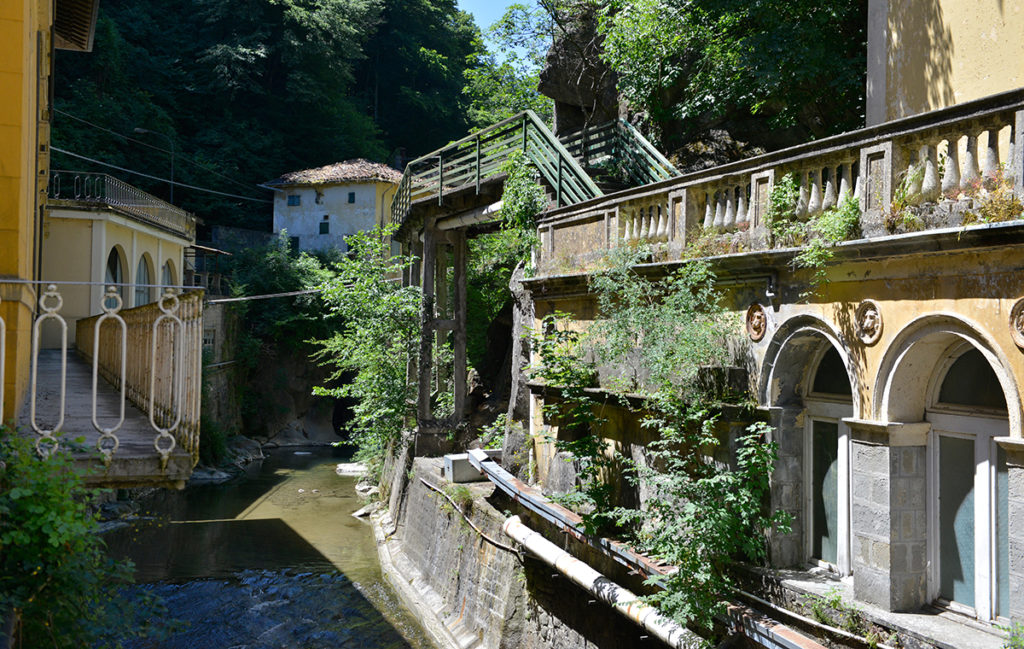 MASTERPIECES OF LIBERTY: THE GROTTINO CHINI IN PORRETTA

Inside the Terme Alte di Porretta there is one of the masterpieces of Italian liberty, the “Grottino Chini”, unfortunately not accessible today.

The “Terme Alte” is the ancient thermal buildings of Porretta Terme, located in the upper part of the town extending to the slopes of Monte della Croce, along the Rio Maggiore.

Buildings and springs of great traditions, preferred destination for kings and queens, nobles, intellectuals, artists: the golden age of the Thermal Baths.

Here is the Sala Bibita, a rectangular room that was used for the distribution of salsobromoiodic waters called Leone and Donzelle. The Sala Bibita is also known as Grottino del Chini.

Galileo Chini, one of the leading artists of Italian liberty, at the beginning of the twentieth century realized the marvelous majolica tiles that cover the internal walls of the Hall. The ceramic manufacturing brand Fornaci San Lorenzo, founded by Galileo Chini, is shown on the door jambs of the Sala Bibita. The Chini factory is still active in Borgo San Lorenzo – Florence.

In this place there are several salsobromoiodic springs which give the name to the thermal establishments Marte Reale, Donzelle and Leone-Bovi.

These buildings overlook a small square in the center of which there is a litlle fountain with a tub, now disused. The spa complex was originally bounded by a fence of which today only the gates remain, unfortunately closed to the public.

The “sos terme alte” committee was founded in Porretta to claim the recovery of the structur.