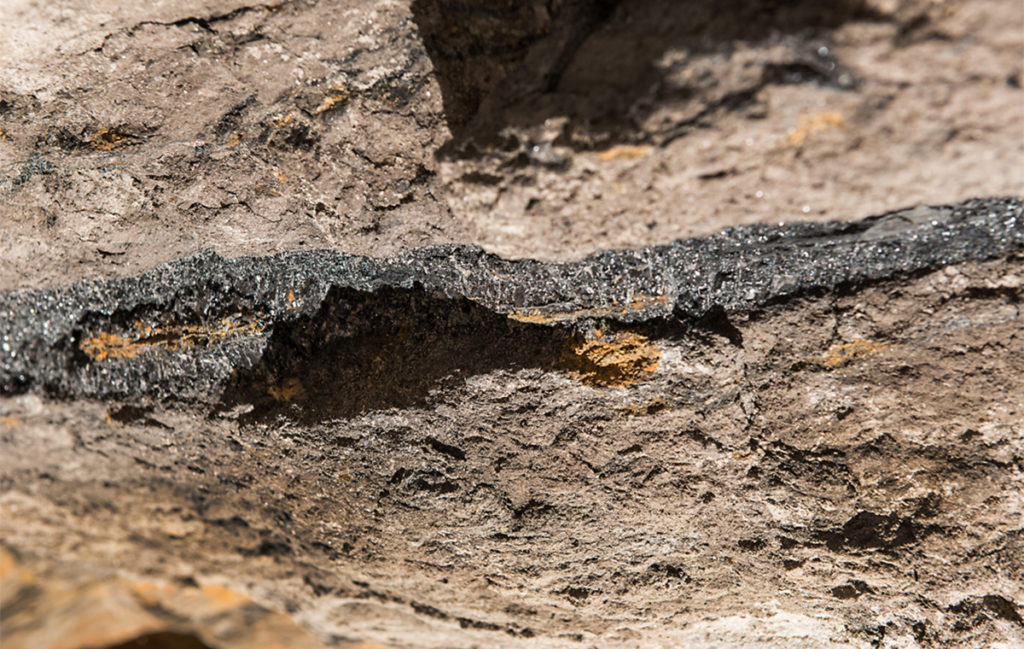 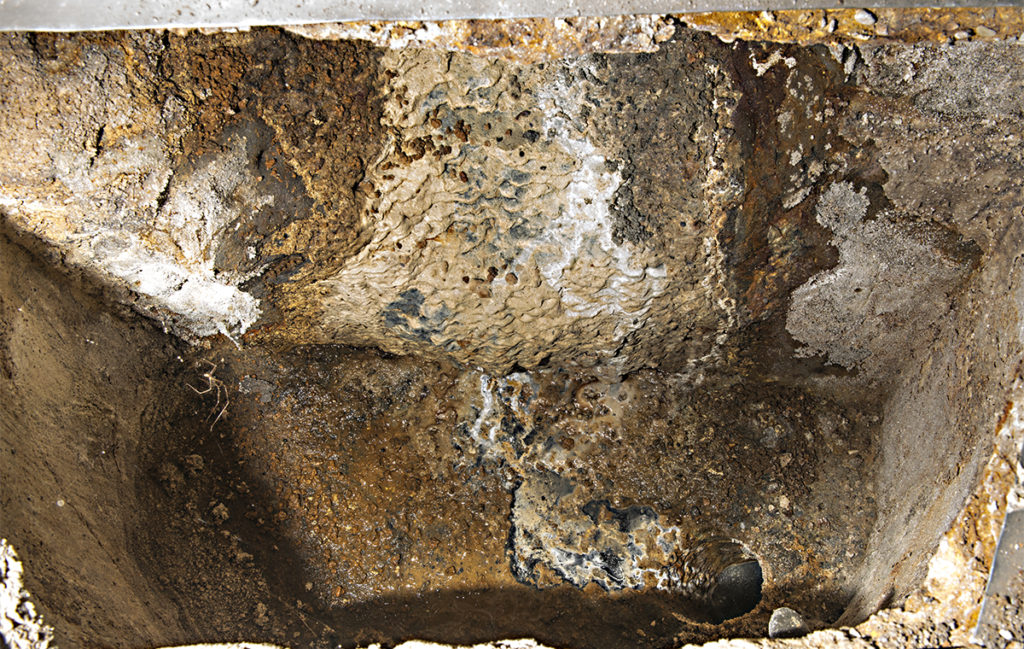 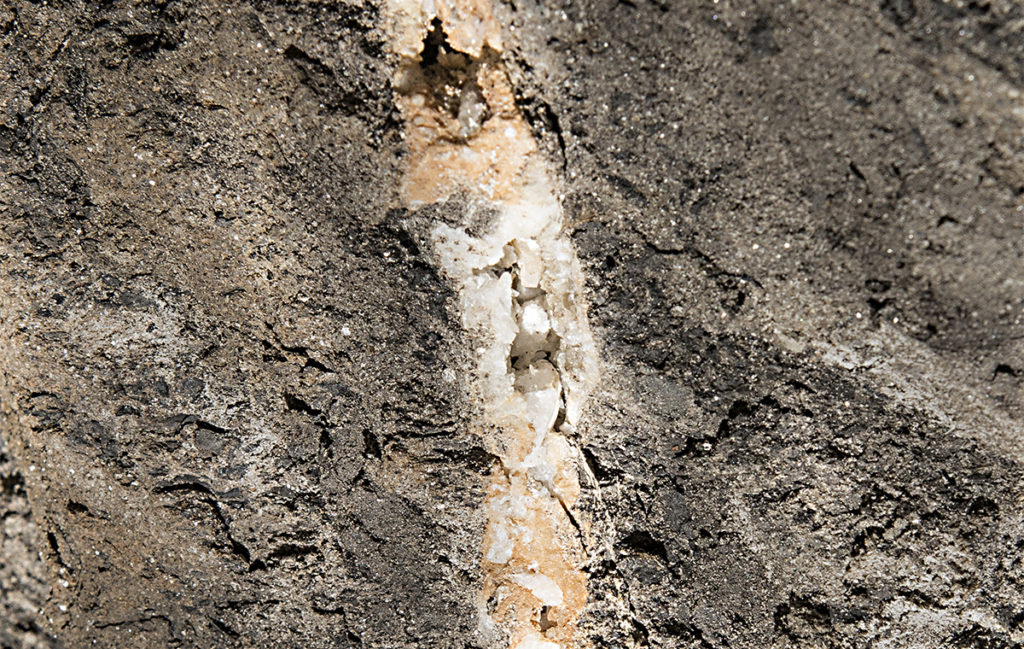 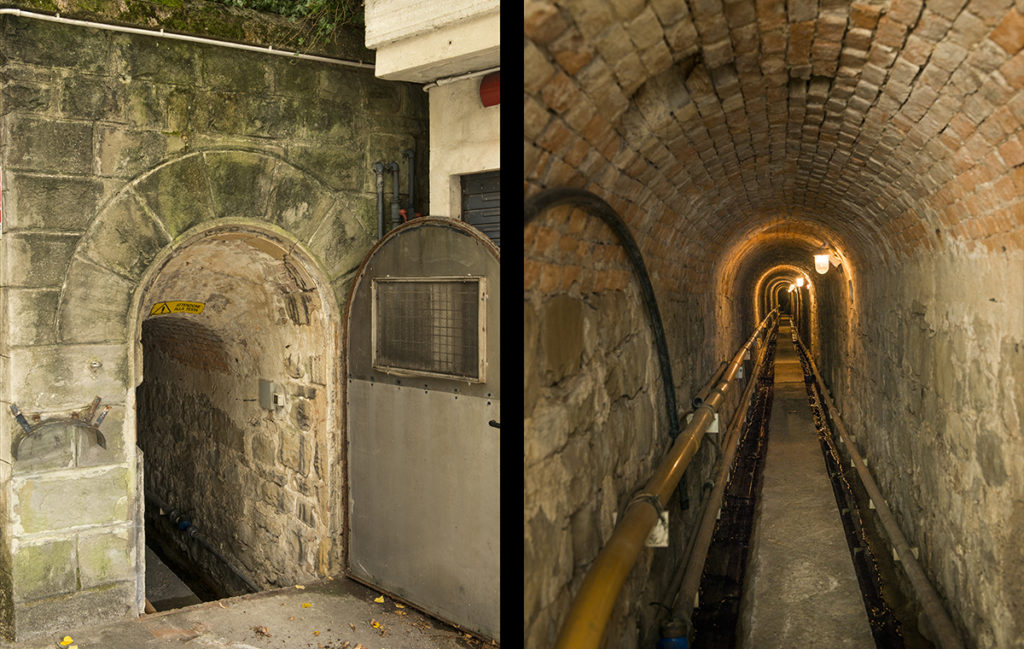 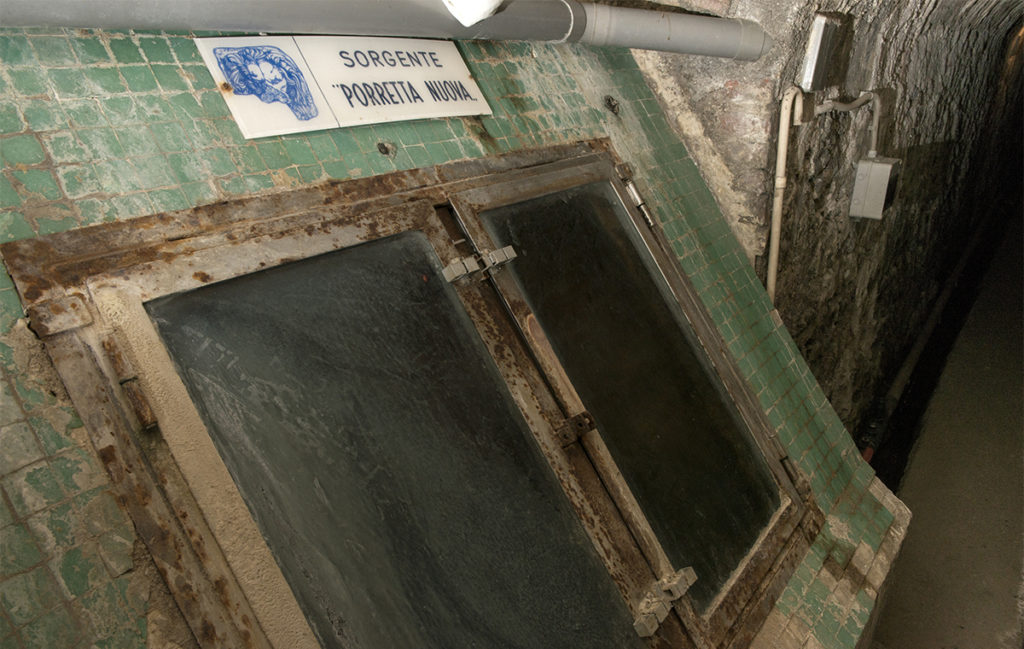 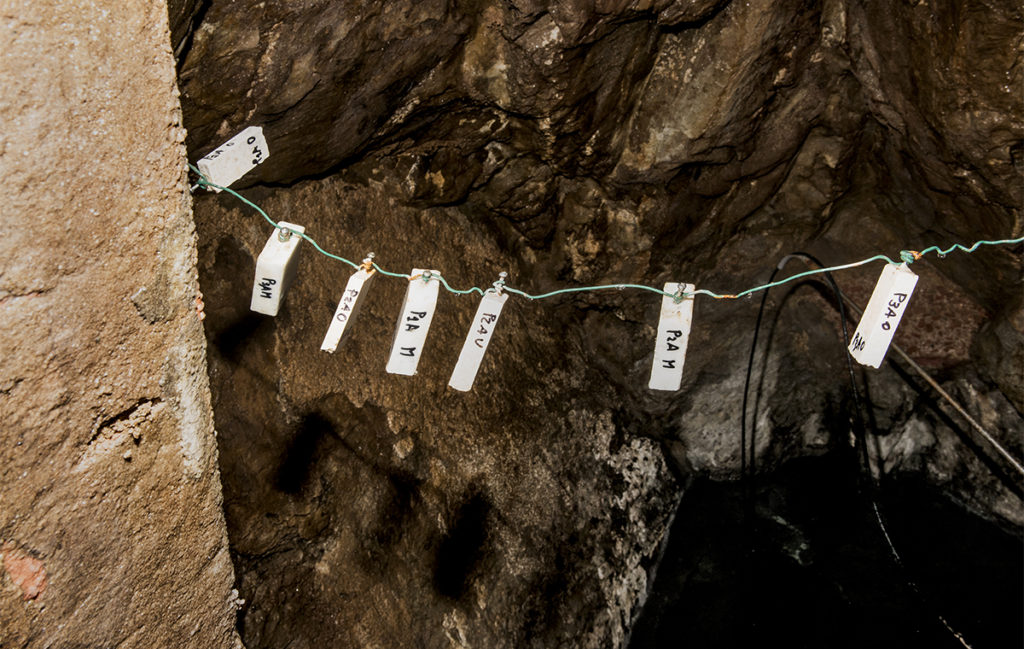 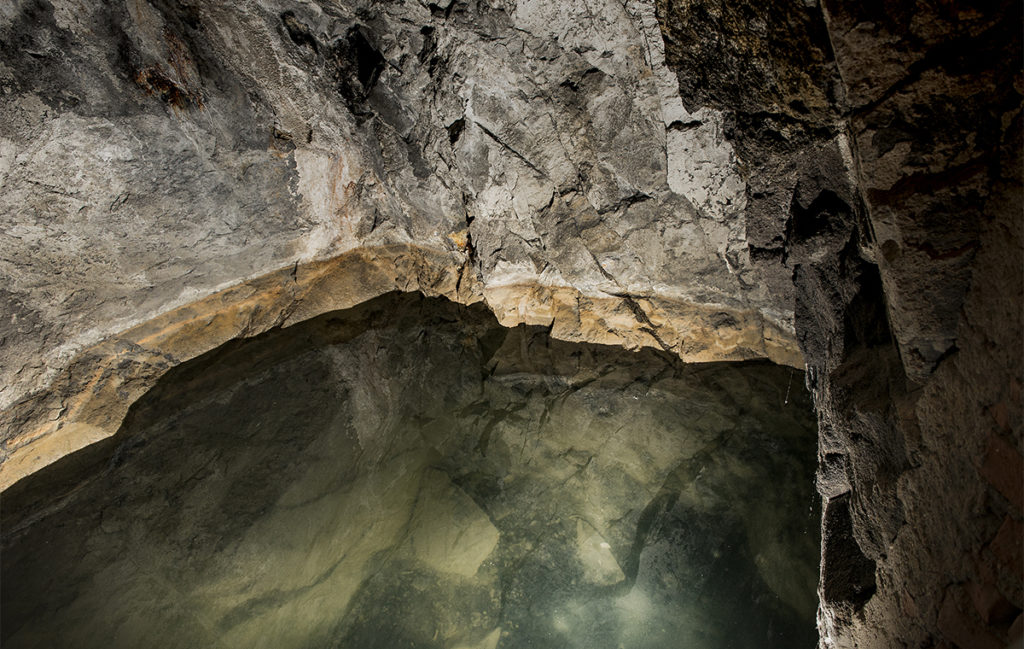 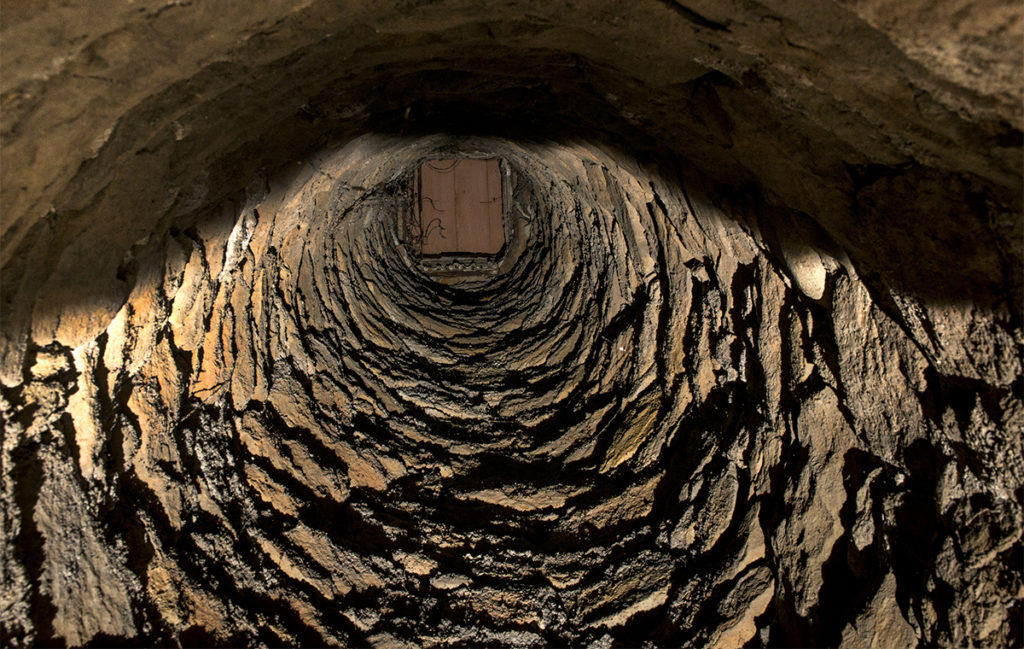 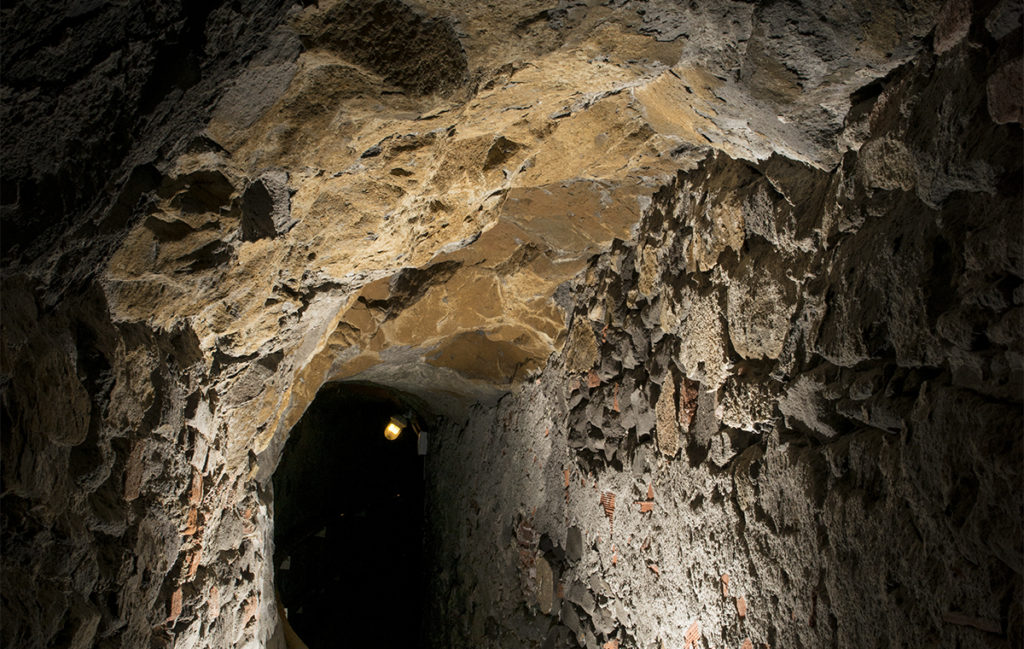 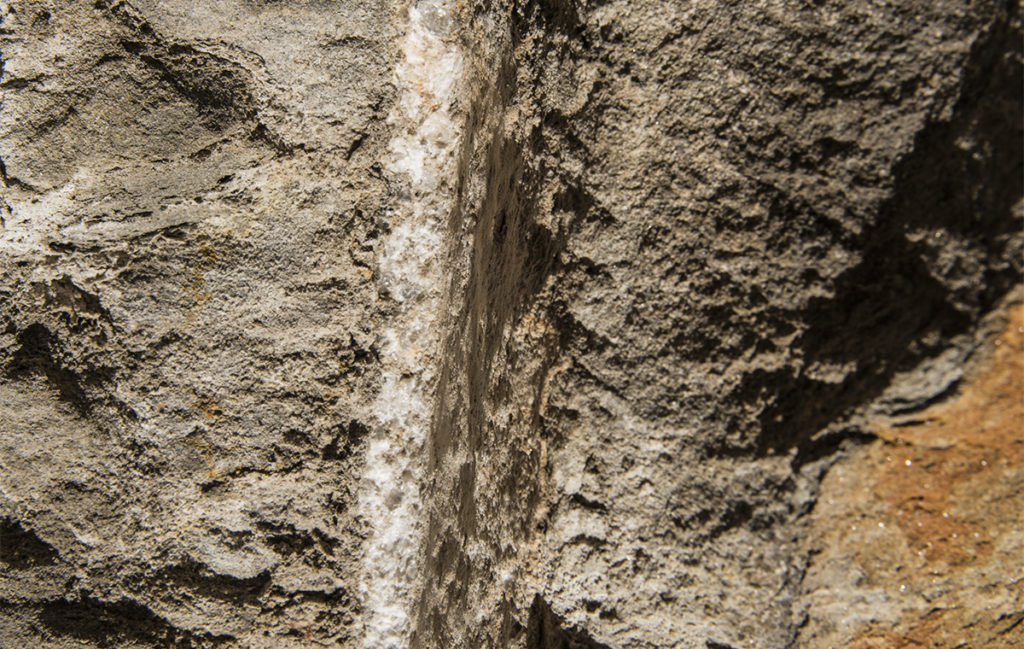 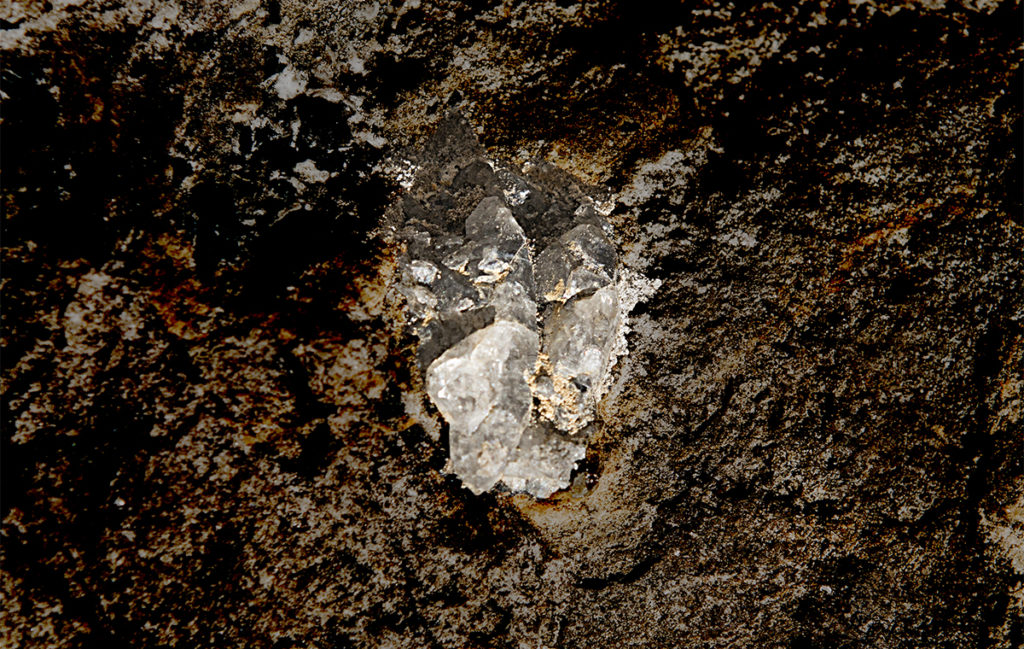 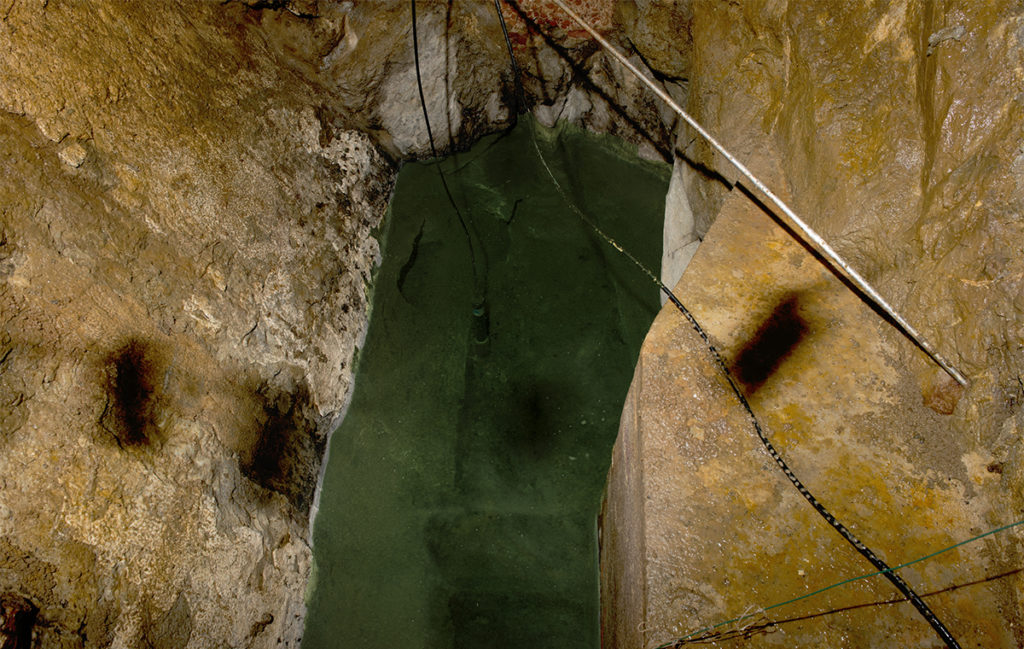 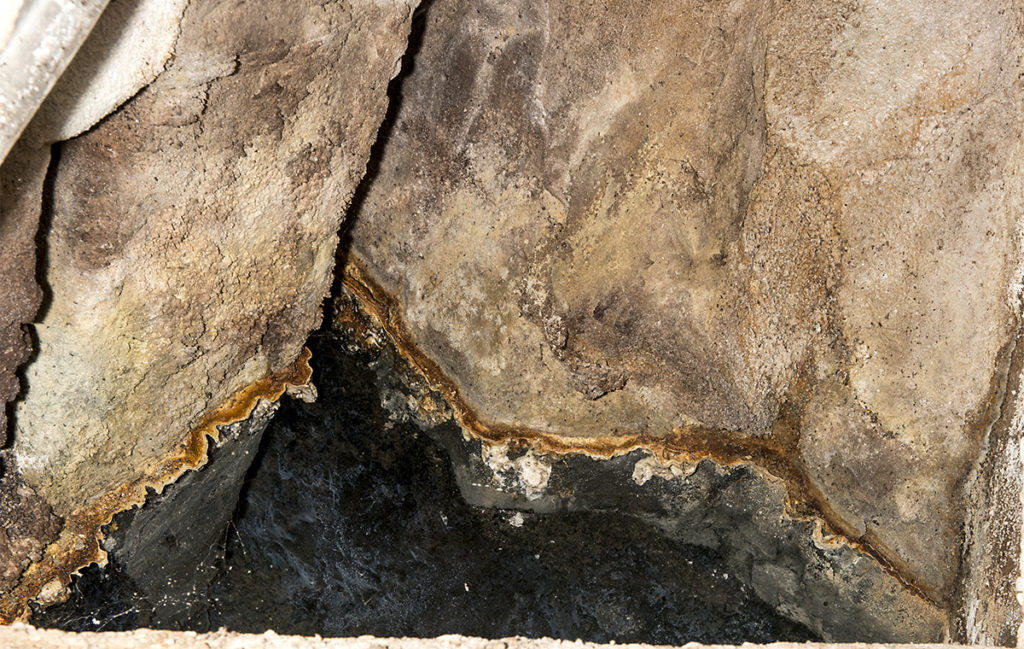 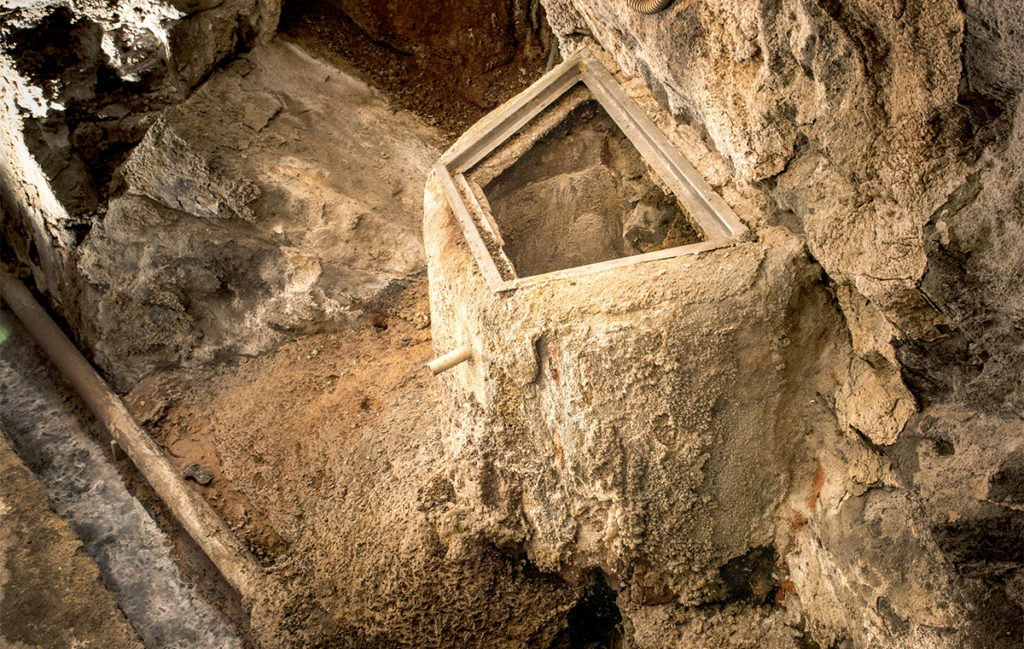 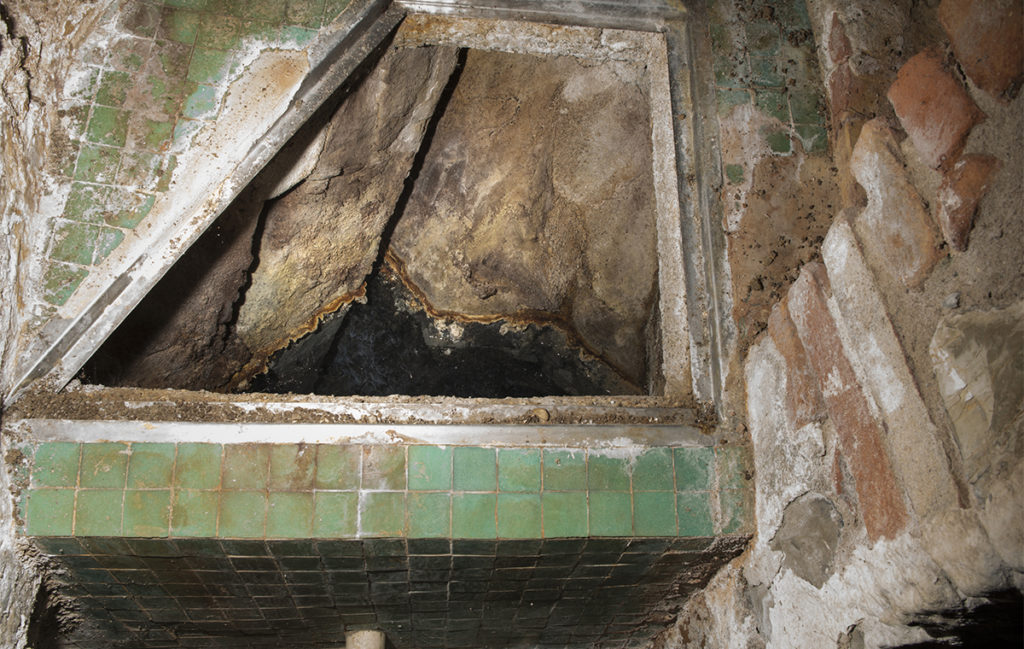 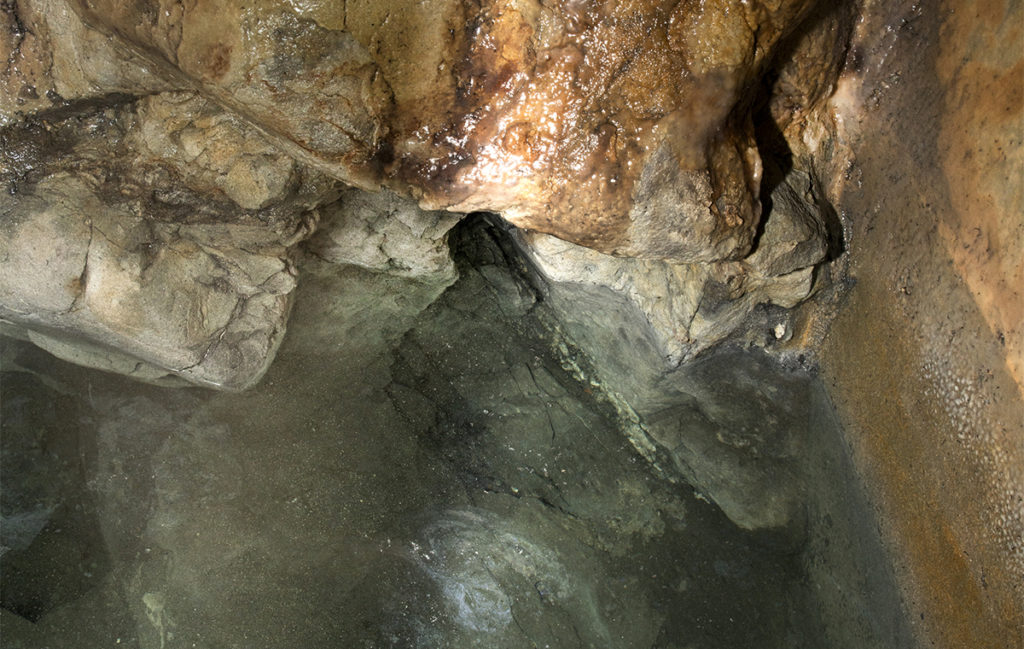 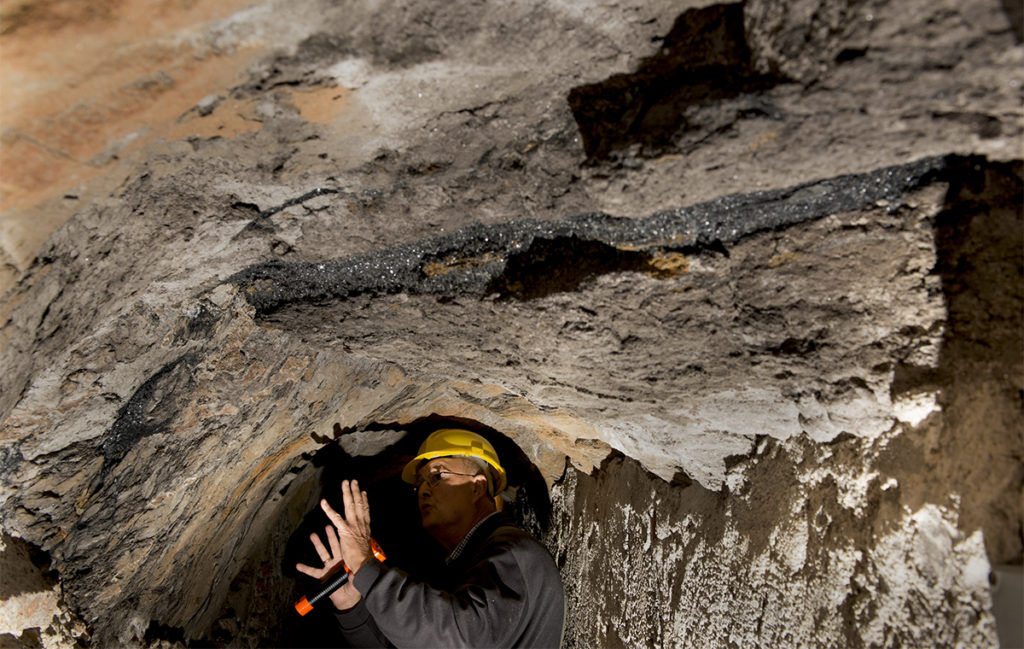 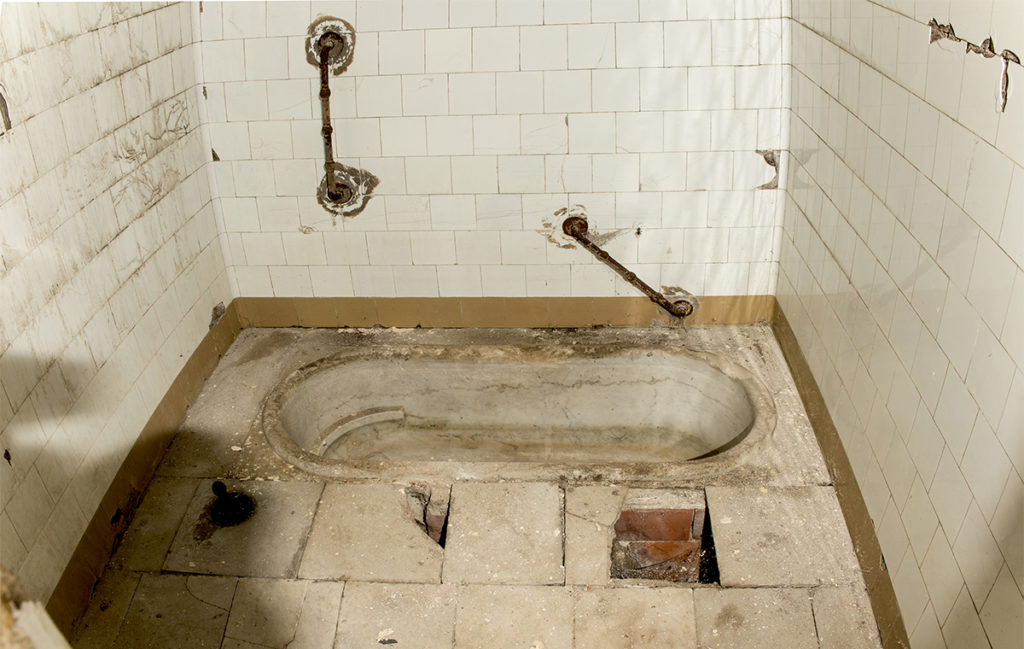 DO NOT MISS PORRETTA’S VISIT TO THE SULFUR SPRINGS OF THE SPAS LOCATED IN ROCKY TUNNELS BELOW THE ROAD LEVEL.

Guided walks all saturday morning at 9 am and 11 am, every Wednesday at 3 pm and 5 pm. The tour starts with a minimum of 4 participants.

Entrance to the Underground is not permitted for children under 6 years of age
It is necessary to wear shoes with rubber sole.

THE DIRECTOR OF THE MINE

A spa concession is considered by law a mine and thermal water a valuable mineral. The law requires  a person to be responsible for ensuring that both the public and private resourcing are maintaining the mineral, health and quantitative characteristics of the spa basin.

The figure is called the Director of the Mine. In the photo the current director, Stefano Vannini, illustrates the geological structure of the rocks during a guided tour.

THE VISIT TO THE TUNNELS

The sulphurous springs of the Puzzola can be visited along a rock tunnel excavated in the second half of the 1800s. It was meant to combine two spa facilities already in active times, but was also realized with the hollow hope of finding other thermal springs. Expectations were rewarded and some small burdens and a significant source (Porretta Nuova) were still in operation.

In the middle of the tunnel there was also a gas vent (methane and hydrogen sulphide) that, although in non-hazardous concentrations for operators, needed a way out. Interesting is the architectural appearance of the arched, rounded, ten meters deep.

A first, small spring was identified and used for some time. It is now no longer active, but represents a significant example of thermal water capture structure. Interestingly note the present concretions, embroideries of calcium carbonate and sulphates that show the richness of salt in the waters.

A second source, a few meters along the route, has a much higher reach and is well suited to the “didactic” structure of a thermal spring. From a crack of rock sprout from the warm water (24-25 °) rich in salt and sulphide reducing bacteria. Yellowish water-based concretions and blackish filaments underwater are the tangible sign.

The Porretta Nuova spring is still used today. It has a temperature higher than 27-28 C and is rich in hydrogen sulphide and methane. The clarity of the water coming out of the rock makes the underwater environment emerge and allows you to appreciate the gourd of methane.

Approximately halfway down there is a spot, a small freshwater, transparent, fully enclosed pond in the rock. Their past use it’s still unknown. It is, however, an evocative spectacle considering we have over 30 feet of rock on our head …

In the 70-meter-long tunnel excavated directly in the rock, here and there appear mining emergencies of certain interest, of varying origin and the result of complex and diverse processes

The first is a natural graphite vein with sulfate coatings that crosses the top of the tunnel. Graphite is a mineral made of natural carbon laminates, compressed by strong pushes during the formation of the Apennines chain.

THE CRYSTALLIZATION OF THE QUARTZ

In the immediate vicinity of the graphite are three examples of the extraordinary variety of crystallization of quartz.

Familiar in mineralogical world, Porretta’s quartz can be presented in several variants.

In the gallery we have macrocrystalline, an aggregate of transparent centimeter crystals. We then enclosed in a calcium sulphate shell, small, opaque crystals and a saturated microcrystalline quartz vein.

The visit ends with the suggestive spring of Porretta Vecchia, known by the Romans, very warm (28-29 °), crystalline and rich in hydrogen sulfide.

Inside it is positioned a sensor that continually measures the essential parameters to monitor even the smallest variation in the characteristics of the thermal water.

Inside the cave, gas saturation (methane, hydrogen sulfide and water vapor) and at high temperatures, were placed tiles of different origin to measure its degree of degradation over time. It is a research of a university network, including that of Bologna, to evaluate the resistance of building materials in aggressive environments.

The gallery (and visit) ends at the old spa facilities, just before the Madonna del Ponte, where you can see the old dive tanks, active in the first half of the last century.