Since 2000 Leonardo Antonelli and Francesco Mascagni began to build in the basement of the Cappuccini church the “Crib of the Friars” , which year by year has been increasingly expanded and enriched.

Built in the large basement under the Cappuccini church of Porretta Terme is a traditional type even though the last part of the earthly presence of Jesus is also grafted. It reflects an ancient lifetime, almost a museum of crafts and landscapes that have disappeared today, and yet in the atmosphere created, you can feel how human history, even though its flow continues, finds its deepest sense in the Nativity scene.

The creators of this huge crib are two artists with a very different past: Leonardo Antonelli, a former banker, and Francesco Mascagni, head of the staff responsible for the maintenance of the Porretta Terme spa facility.

They wanted to revisit with passion and mutual patience, the life of the Palestinian villages at the time of Jesus, marked by secular rhythms which were almost unchanged until then. There are reminders of daily popular life: the blacksmith who beats the iron on the anvil, the potter who shapes his artifacts, the leather shoemaker, the wool card, the weaver sitting on the chassis, the roller with the her grinding wheel that is running, the woman at the fountain, the lavender at the river, the maniscal grove that the donkey, the farmer who lands, the shepherd who watches the flock, the vineyard who pays the grapes in the tin …

You can hear the cock of the rooster, the ears of the sheep, the sound of the zampogne, the snoring of a shepherd sleeping beneath the stars … 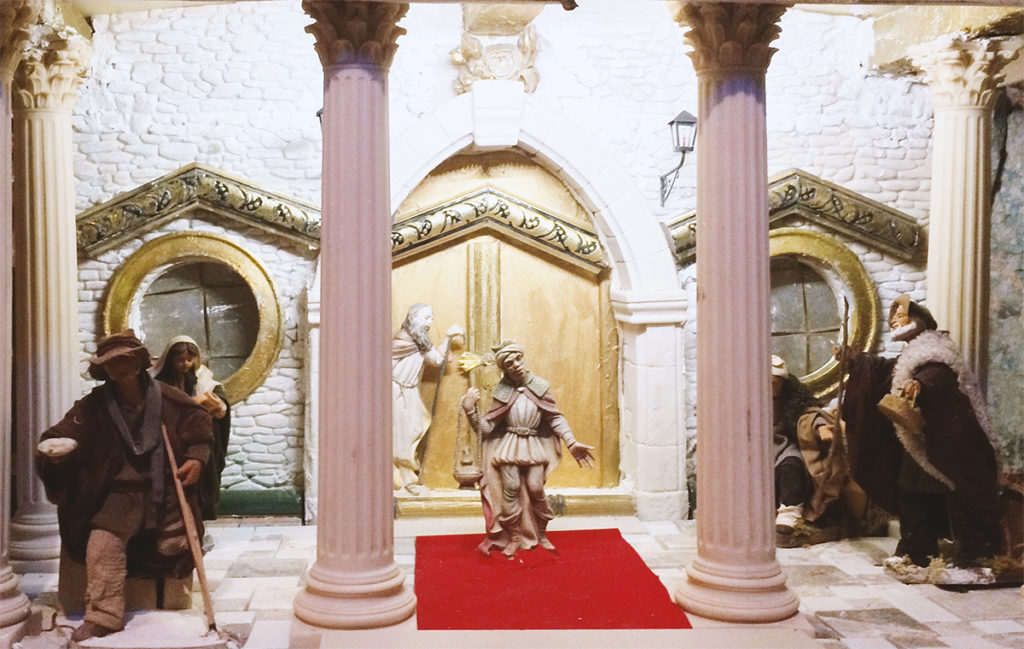 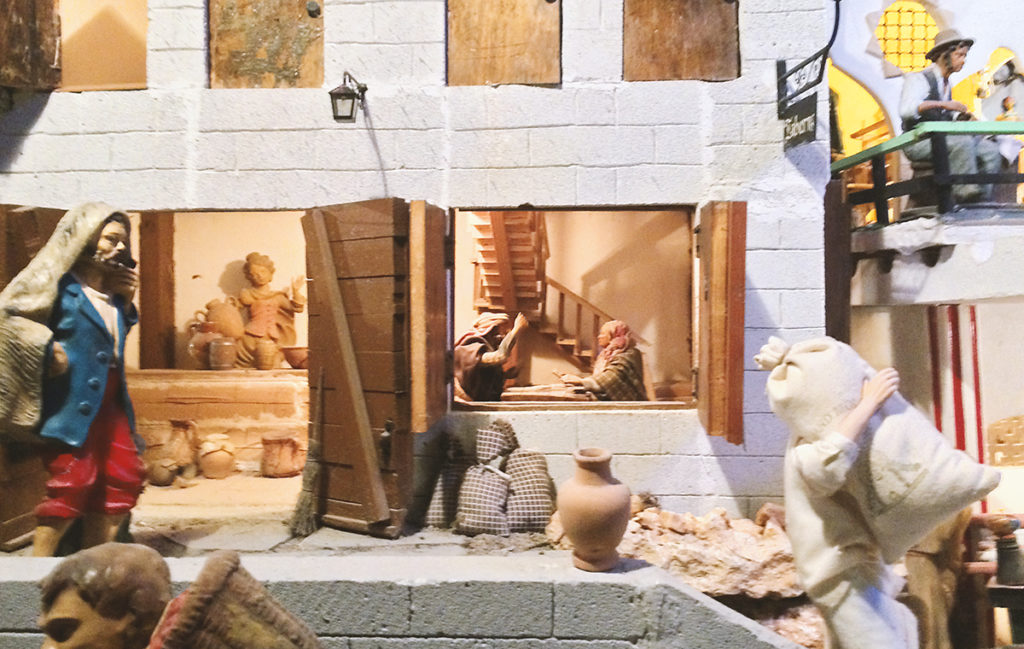 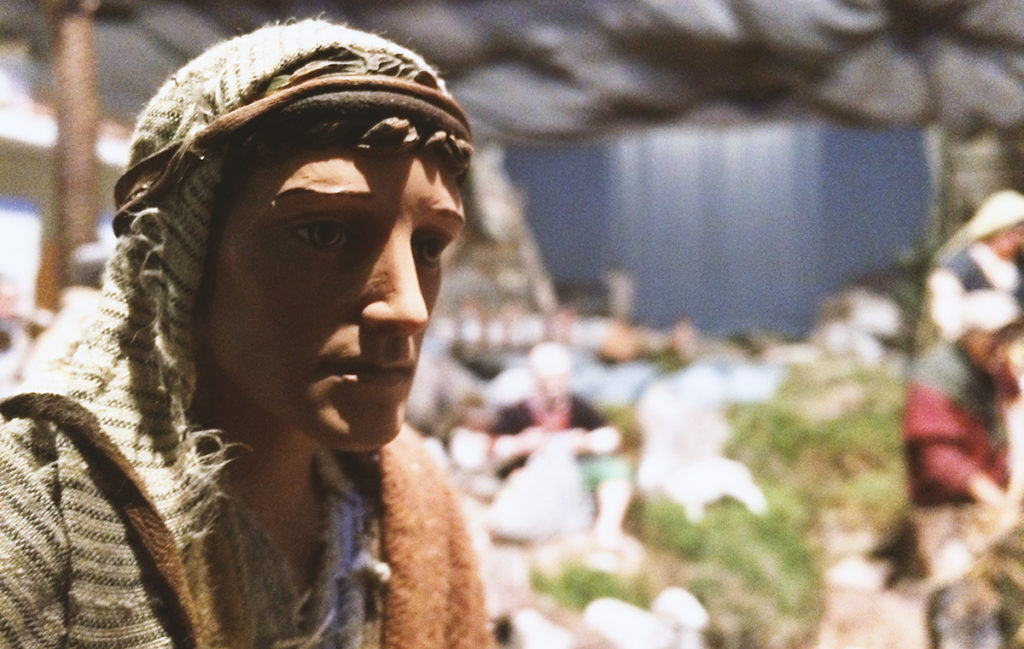 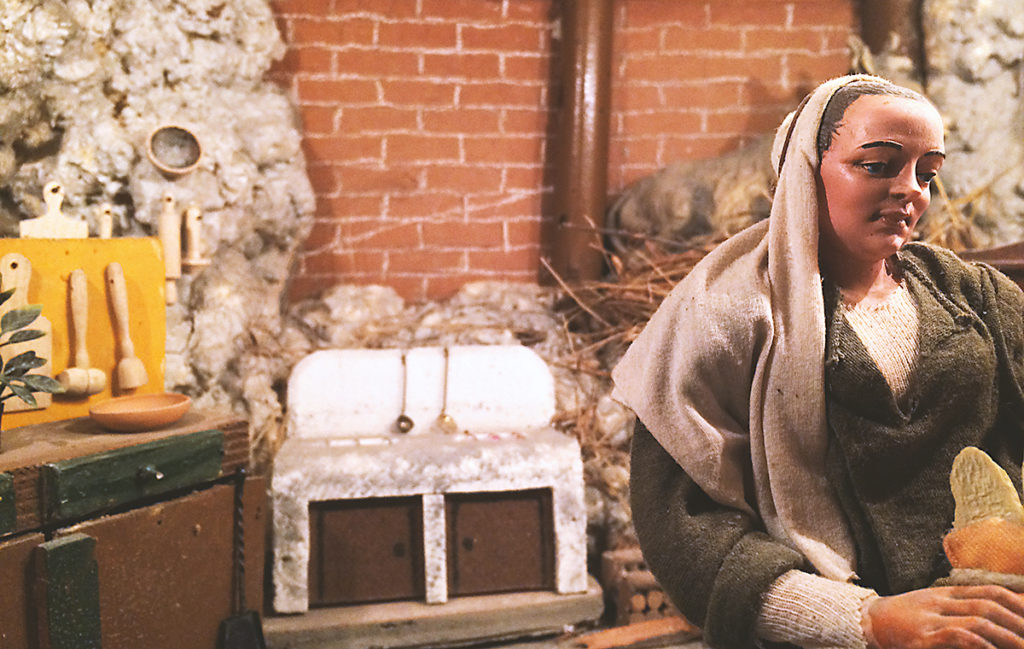 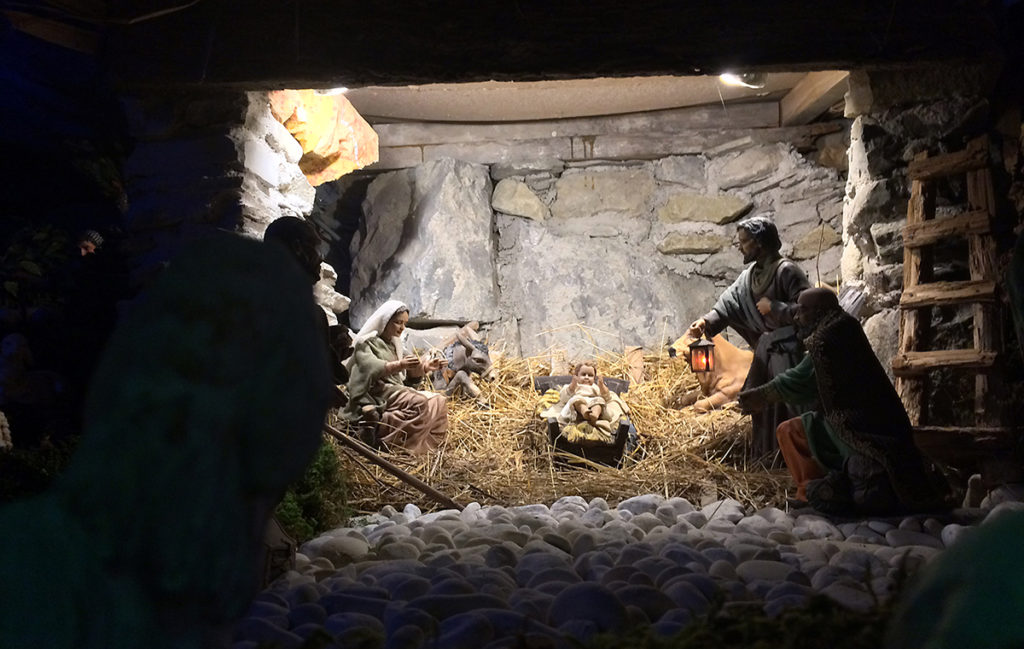 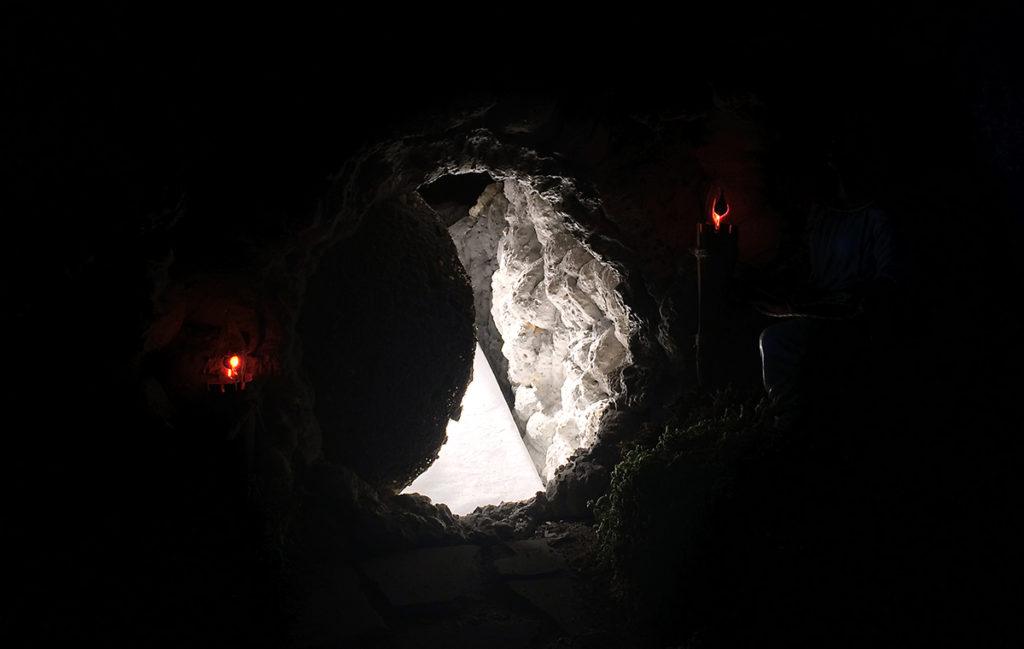 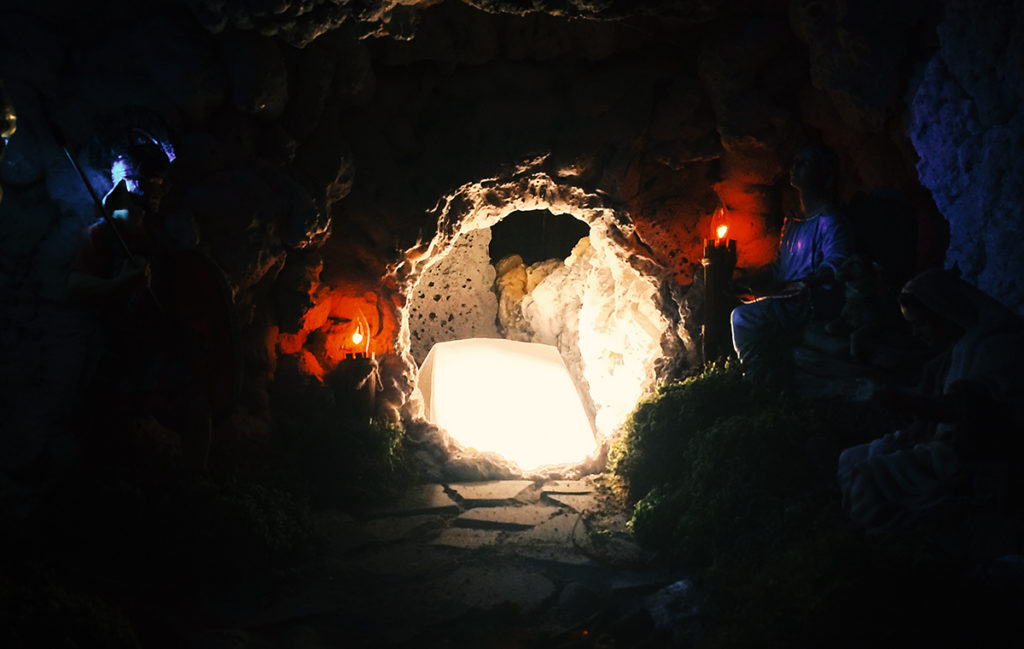 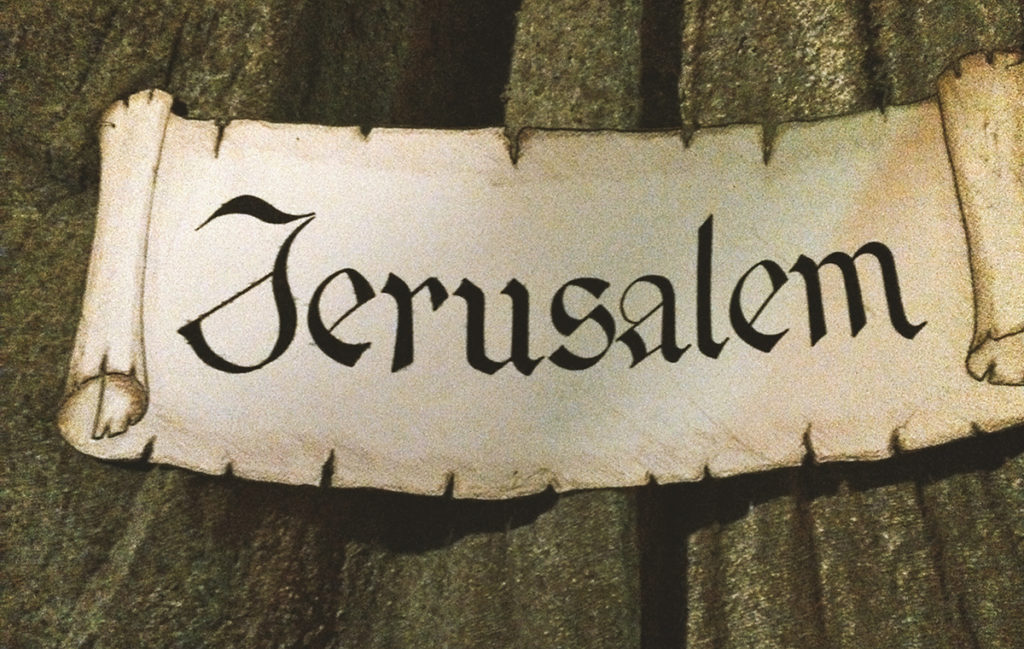 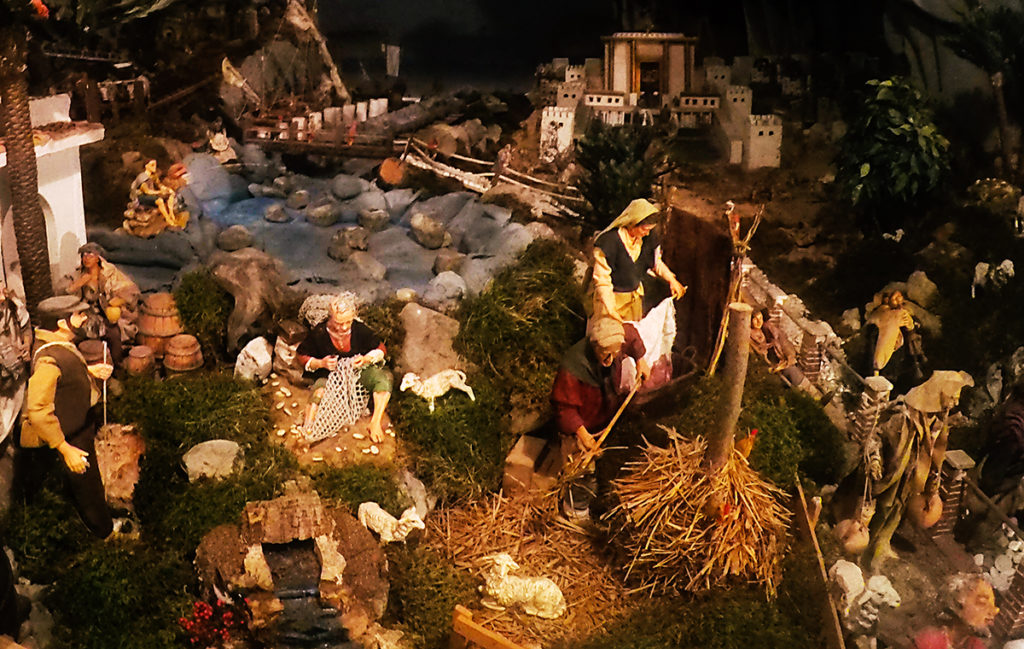 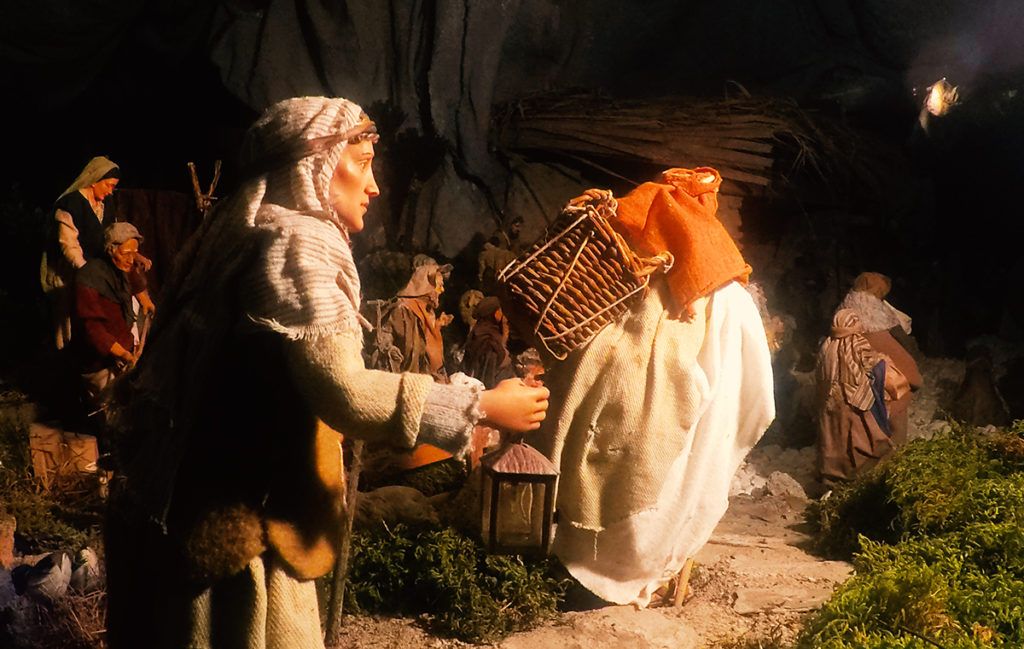 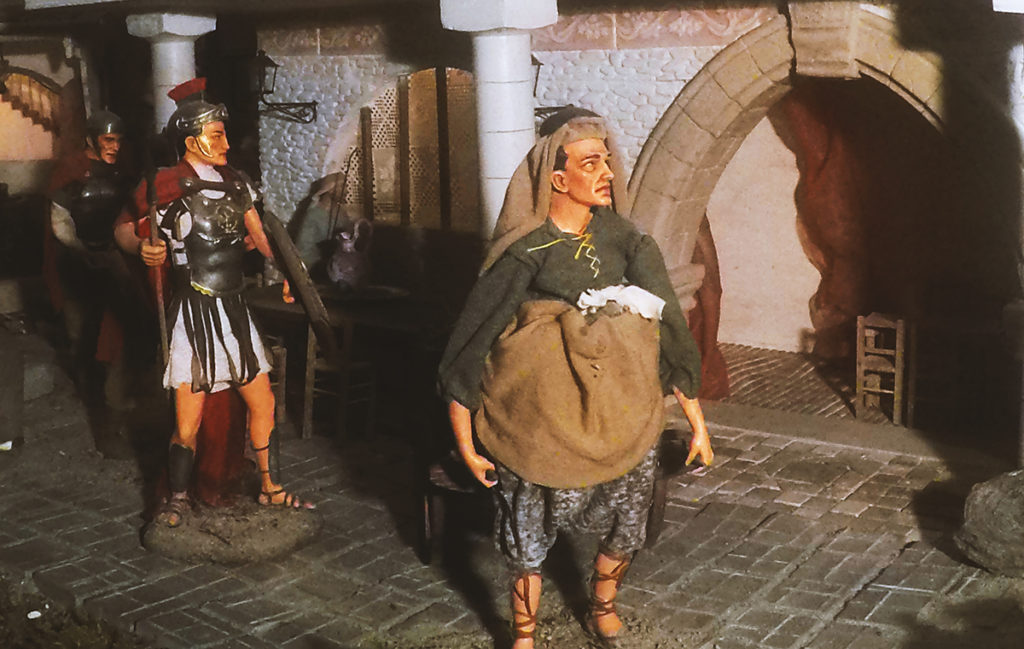 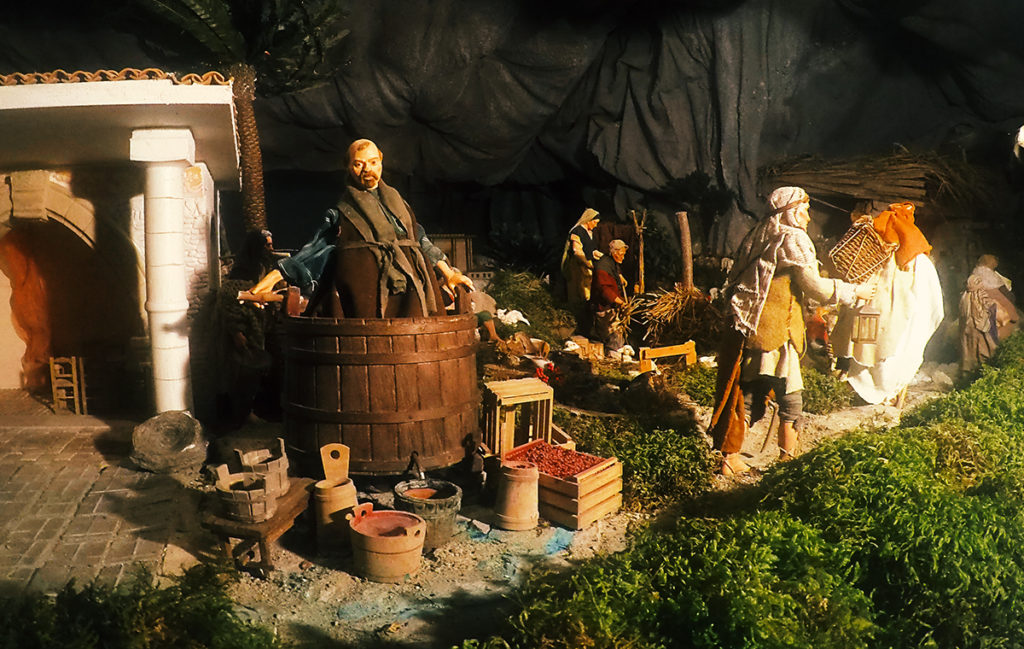 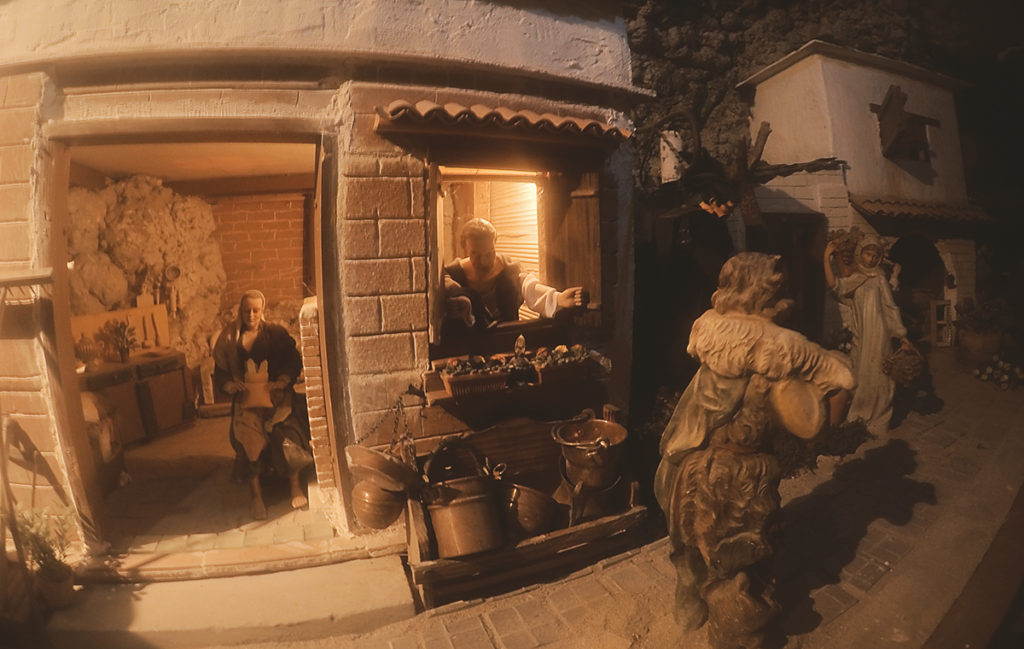 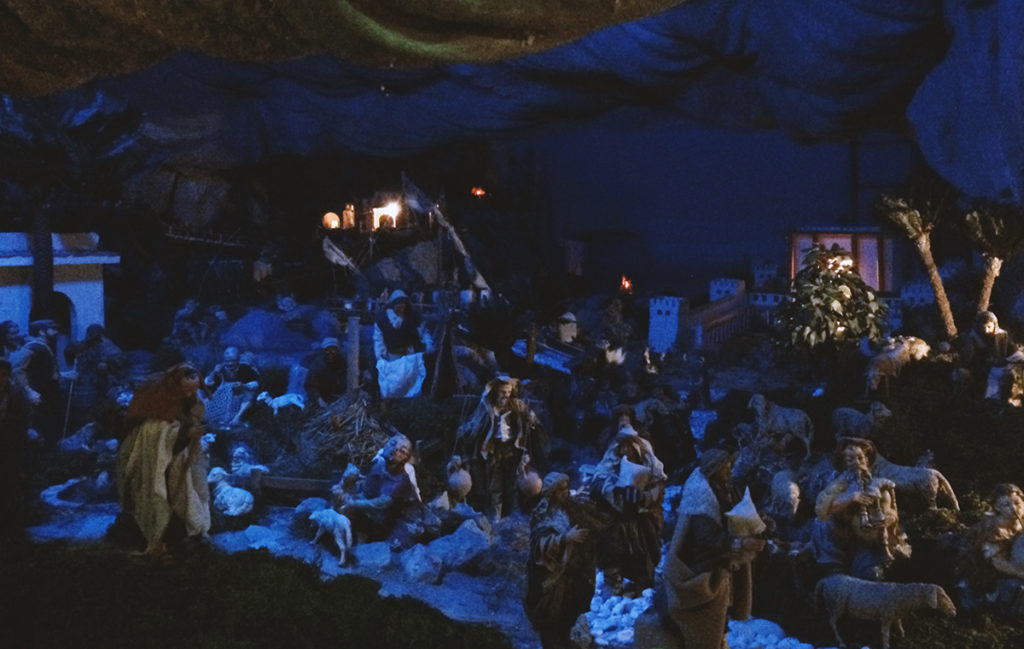 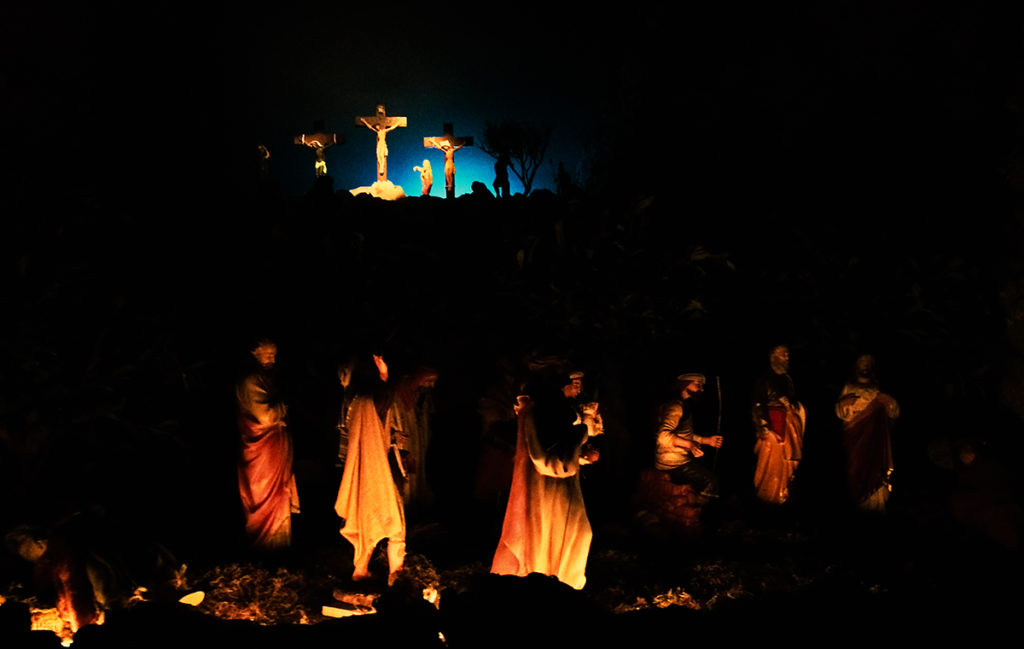 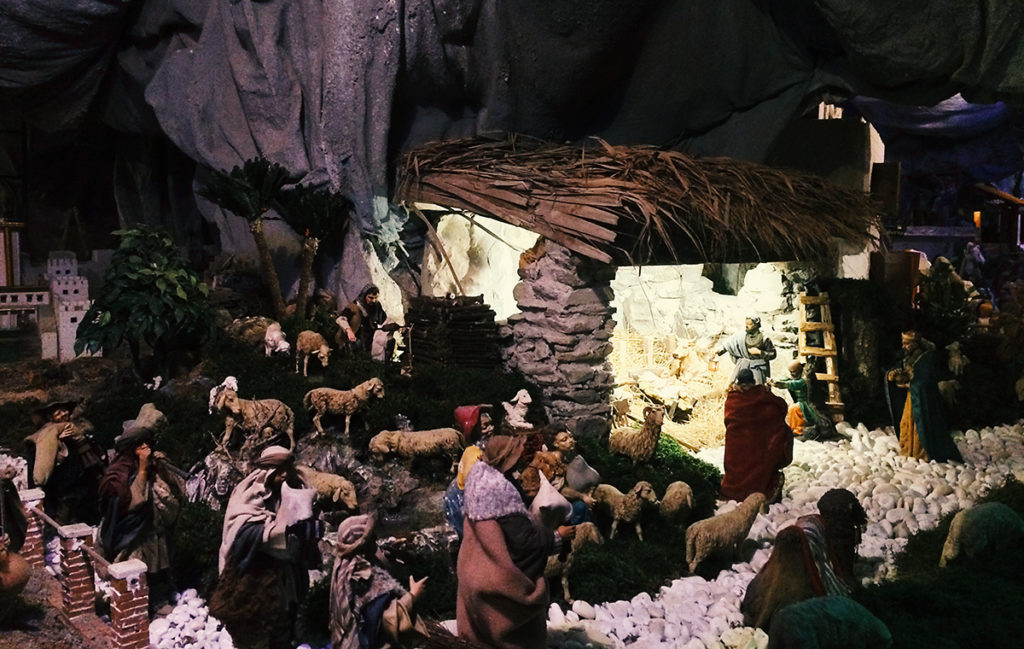 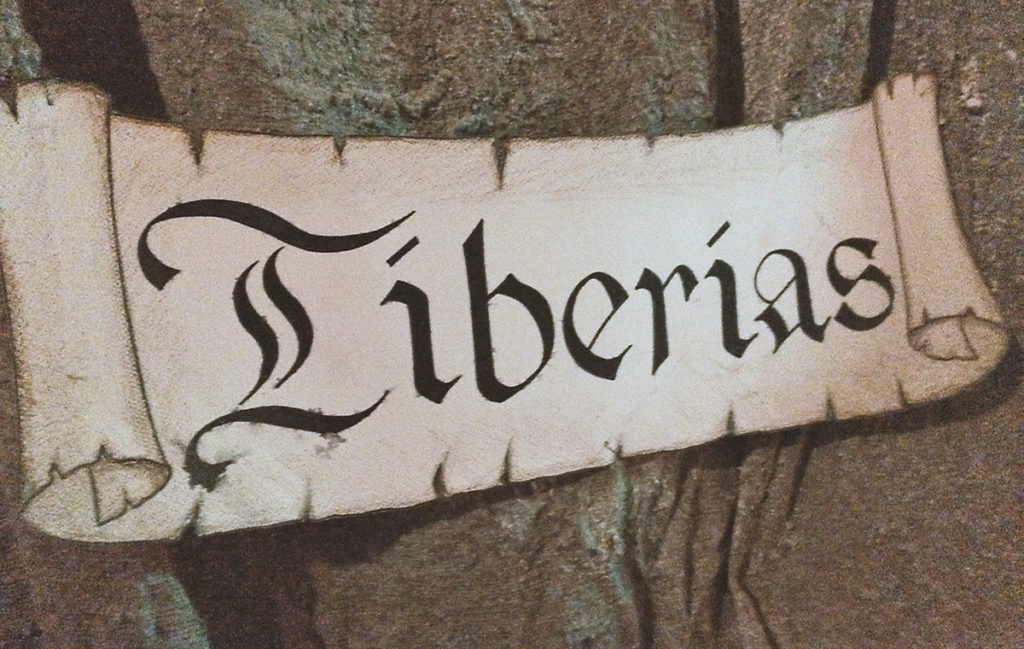 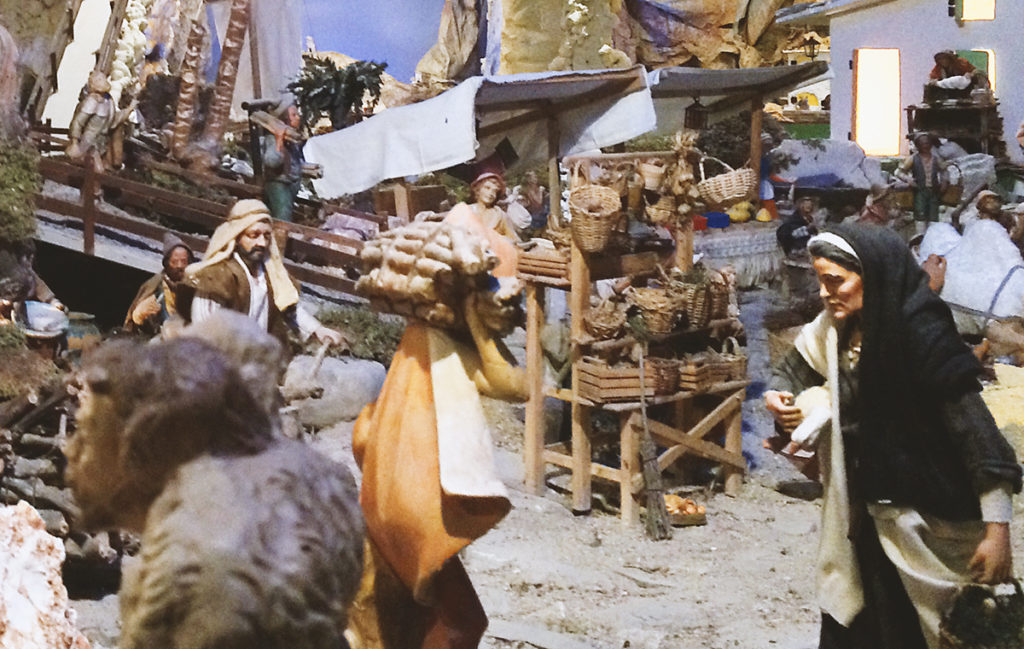 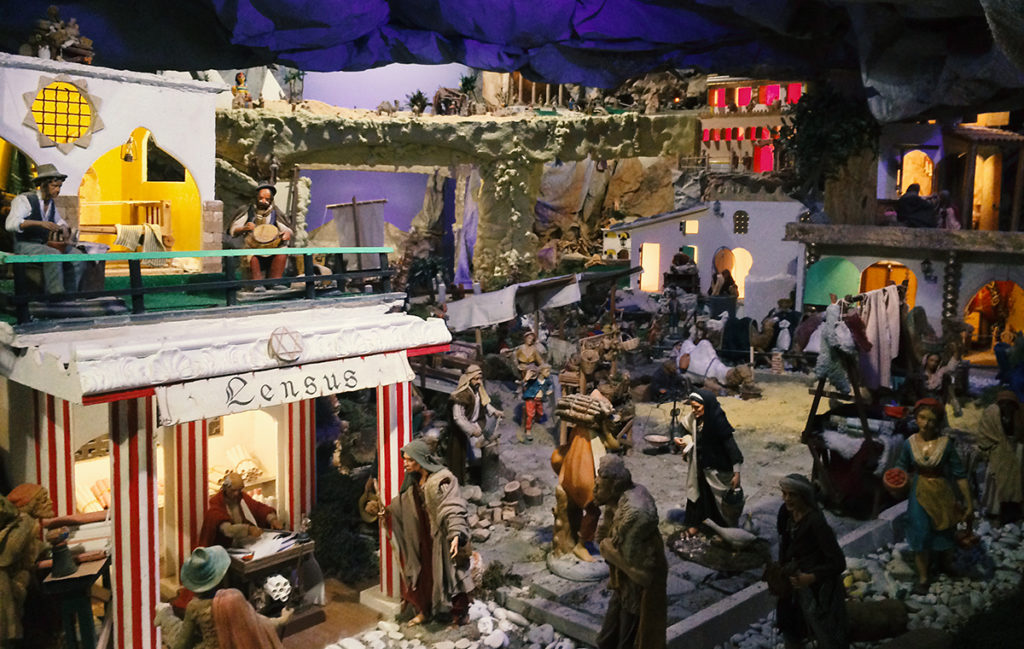