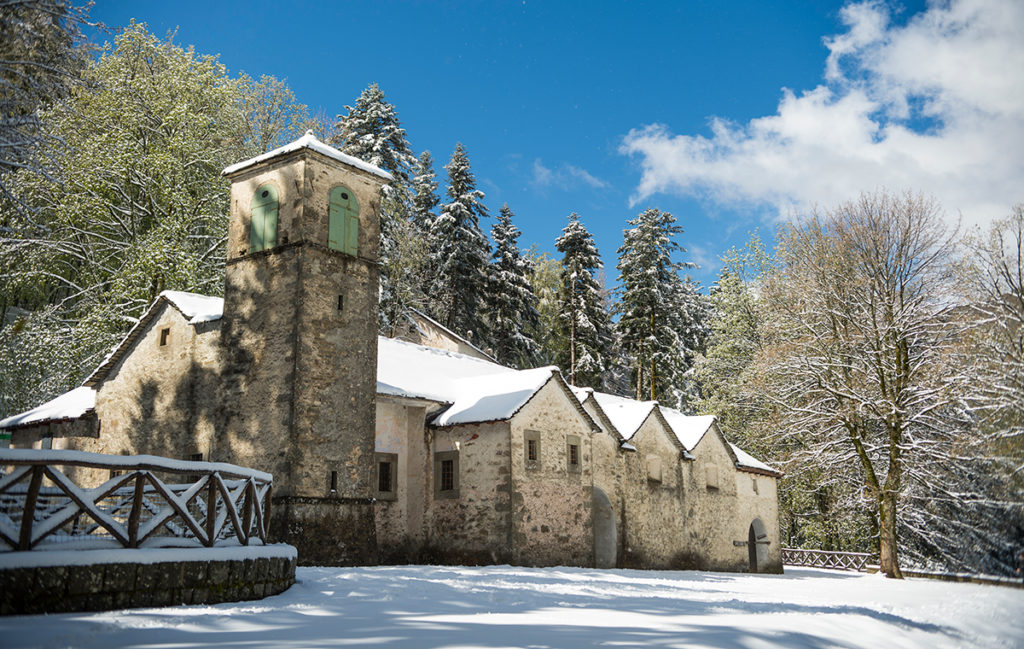 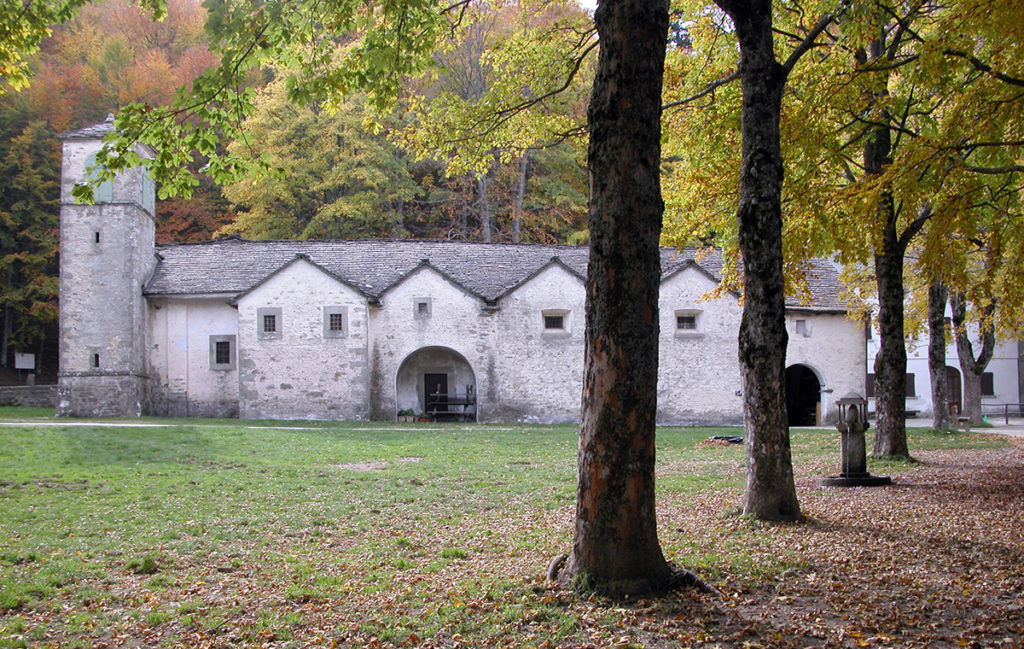 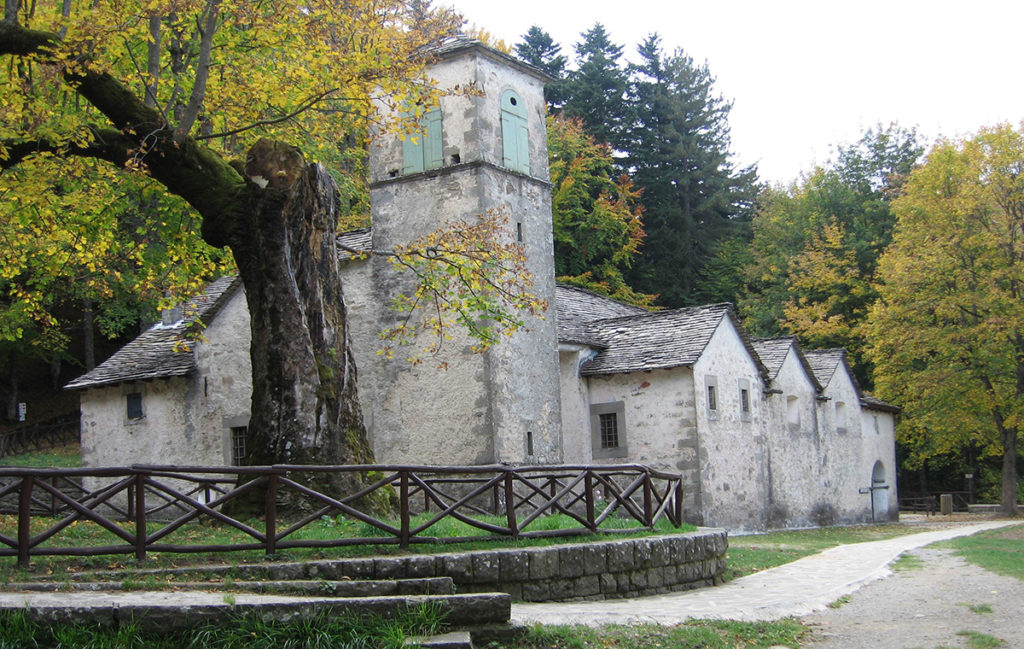 Just few miles from Vidiciatico, you can find Madonna dell’Acero: a charming spot surrounded by huge beech forests and fir trees, at an altitude of 1200 m above sea level.

The name of the site comes from an old paint with the image of the Beata Vergine dressed in Greek, affixed in the 14th century, to the trunk of a tree placed on a square.

While guarding their sheep, two deaf mute children, were caught in a thunderstorm and found shelter under a huge maple tree, legend reports.

During the crumbling of bad weather, Madonna appeared to them and gave them hearing and speech back again. Arrived at home they reported that the Virgin asked to be prayed in that same place. Aware of the appearance, the parish priest of Rocca Corneta brought the image in the parish to celebrate the event with the Bishop but on the day of celebration the sacred image suddenly disappeared.

According to locals, the Madonna had returned back to the maple tree, leaving a sign on the trunks along the way. It is also said that the marked trees could not ever be cut down: a man who tried to cut one of them was crushed beneath the branches of the tree. Beside Madonna dell’Acero there was a chapel that enclosed the tree sprinkled by all branches.

The present impressive sanctuary, made in a simple style as the small houses next to it, dates back to the sixteenth and seventeenth centuries.