The 2019 edition of the Porretta Soul Festival asserts itself once again as the only event in Europe celebrating the “old school” original classic soul music from the 60s and 70s with an exclusive cast of artists who seldom perform in Europe.

First time ever in Italy for Tony Wilson, officially approved by James Brown as the “Young James Brown“ after his funanbolic participation in the short film for BMW “Beat The Devil”, as young James Brown and his explosive nights at the Apollo in New York and at the Oprah Winfrey Show. The house band will still be the Anthony Paule Soul Orchestra that with Wee Willie Walker has gained great success at the recent Blues Awards and will also see the participation of Larry Batiste, musical director of the Grammy Awards.

Pee Wee Ellis, former arranger for James Brown and Esther Phillips, will receive a career award for his contribution to the promotion of soul and rhythm & blues music worldwide.

New Orleans is hereby represented by the legendary Willie West, pupil of producer / songwriter Allen Toussaint and “unofficial” singer of the Meters.

Curtis Salgado, a “soulful” talent from Portland, Oregon was the inspirer of John Belushi for the Blues Brothers character. He dedicated him his debut album “Briefcase Full Of Blues”.

Sax Gordon and Luca Giordano Band will be here this time with an exceptional guest: Leon Beal.

Finally the “new soul” will be presented by the very young Khylah B., beloved by Beyoncé and the Australian Sweethearts with Georgia Van Etten.
For the first time an African artist will attend, J.P. Bimeni & The Black Belts already known for his tribute to Otis Redding. 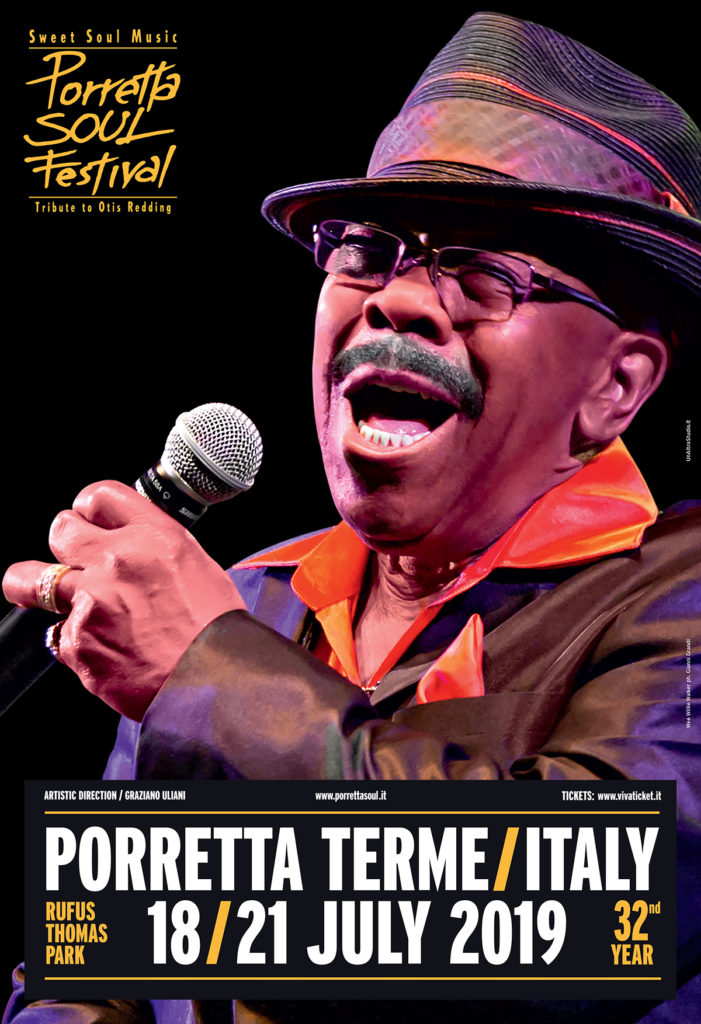 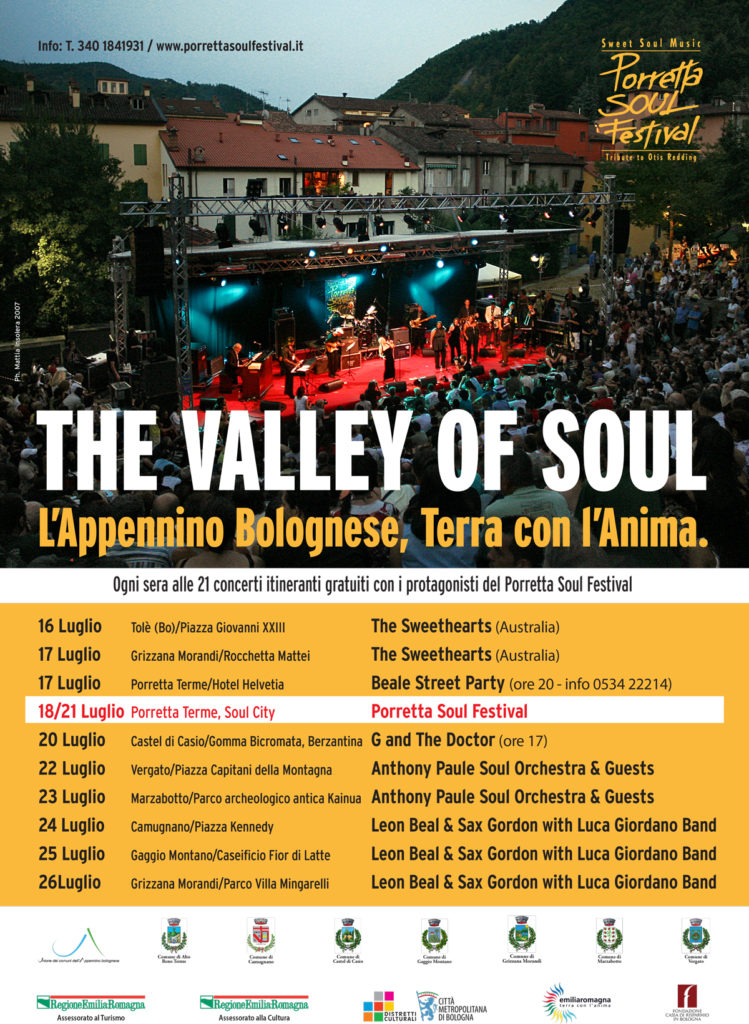 The charming atmosphere of Porretta Terme is the best setting for one of the most popular music and culture events on the Italian and European scene: in addition to the soul and rhythm & blues performance, there will be a Street Food Village (street food from Italy and beyond) in the historic center of town, with free live music from 11 am to 7 pm.

Porretta Terme lies in a strategic position, one hour from Bologna and Florence, joined by the historic Porrettana Railway, reknown for its thermal water, a true natural attraction. Every year the town hosts thousands of tourists from all over the world, looking for relax and well-being. The historic center of Porretta Terme has a striking classic architecture and many remarkable monuments, historical and religious buildings: the parish church of Santa Maria Maddalena, the Palazzo Comunale, the Sanctuary of Madonna del Ponte and the nearby fantastic Rocchetta Mattei Castle. The charm of the town center with its large squares is undeniable. Worth a visit the Historic Market, which is held every Saturday and offers a wide range of typical products from Emilia and Tuscany. For the occasion, the market will last over the 4 days of the festival: an opportunity not miss for food and wine lovers!

In addition to the festival four days, from July 16th to 26th will take place The Valley of Soul, the initiative hosting collateral concerts around Porretta, with many protagonists of the festival.